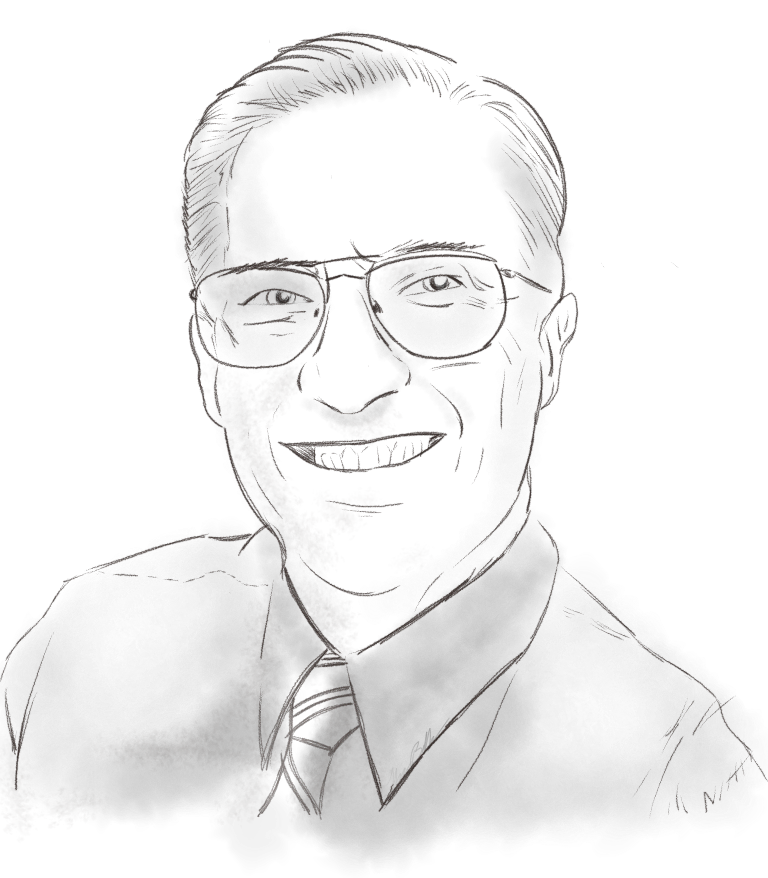 Several of the most supportive and helpful cartoonists with whom I interacted in researching and producing this exhibition were politically conservative, notably Wayne Stayskal (Chicago Tribune, Tampa Tribune), Jim Lange (The Daily Oklahoman), Chuck Asay (Colorado Springs Gazette), Gary Varvel (Indianapolis Star), Sean Delonas (New York Post), Michael Ramirez (Memphis Commercial Appeal, Los Angeles Times) and Scott Stantis (The Birmingham News, Chicago Tribune). But the artists’ political leanings seldom crossed my mind while selecting the cartoons in this exhibition, no doubt because the toll of death, disease, and disability taken by smoking was one issue on which most liberals and conservatives could agree.

In 1982 Chicago Tribune editorial cartoonist Wayne Stayskal graciously accepted my over-the-transom commission as editor of the Medical Journal of Australia (MJA) to create the cover illustration for the first-ever theme issue on smoking at any medical journal. The cartoon he produced for the March 5, 1983 MJA shows a couple walking past three schoolchildren smoking cigarettes in front of a huge cigarette billboard (one of many cigarette signs in the cartoon on buildings, a sports stadium, and a bus), and the man is remarking to the woman, “You can try to keep kids from smoking, but I guess peer pressure is just too great.” This may also be the first cartoon ever commissioned for the cover of an otherwise staid medical journal. When I returned to the US to edit the New York State Journal of Medicine, Wayne created an artwork for the first of two theme issues at that journal on the world cigarette pandemic. It featured the Statue of Liberty cradling a pack of Virginia Slims against the skyline of New York City made up of cigarette packs. He called it “The Big Appall.” In a cartooning career spanning over four decades, Wayne produced more than 80 cartoons on smoking, likely a greater number than any other editorial cartoonist in the country. The Center’s collection holds over 50 of these original drawings, acquired from the artist.

Wayne’s mentor was Vaughn Shoemaker, creator of the character John Q. Public and twice the recipient of the Pulitzer Prize for editorial cartoons. In his own right, Wayne Stayskal became one of the foremost nationally syndicated editorial cartoonists, widely admired by fellow artists and the public alike.

To view the full gallery of Wayne Stayskals cartoons on smoking… 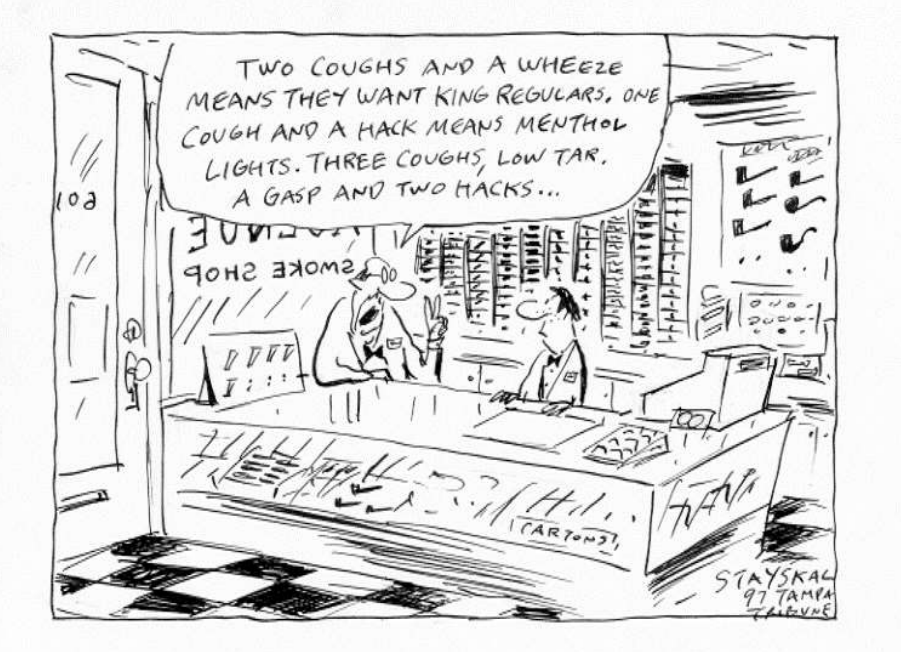 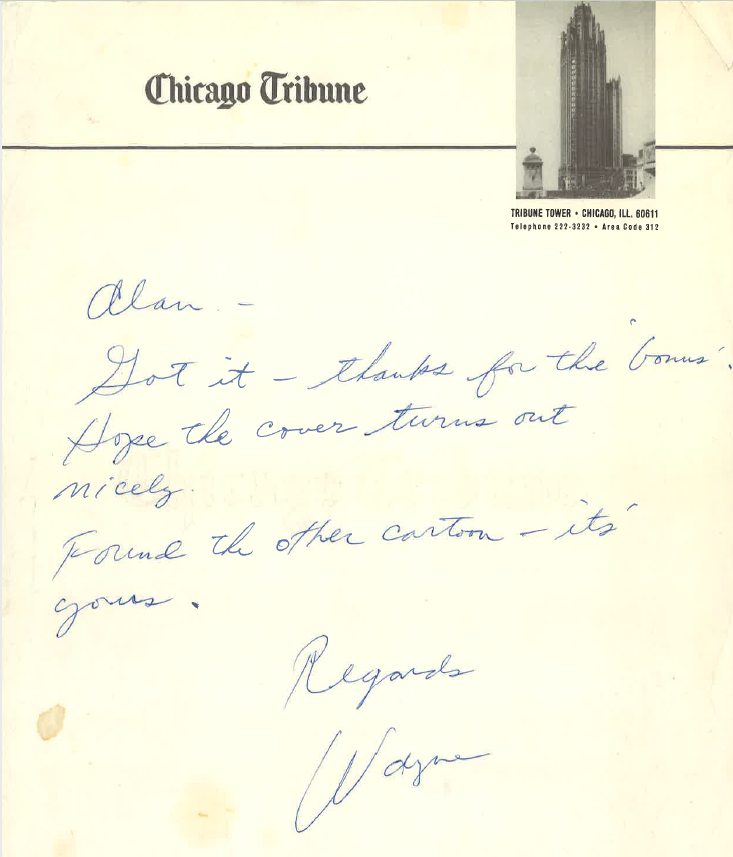 Wayne Stayskal, editorial cartoonist for the Chicago Tribune from 1973 to 1984 and the Tampa Tribune from 1984 to 2004, was an inspiration for this exhibition. Always friendly and approachable, he may have been the only newspaperman who never said he couldn’t talk now because he was on deadline. “Cartoonists Take Up Smoking” is dedicated to his memory. 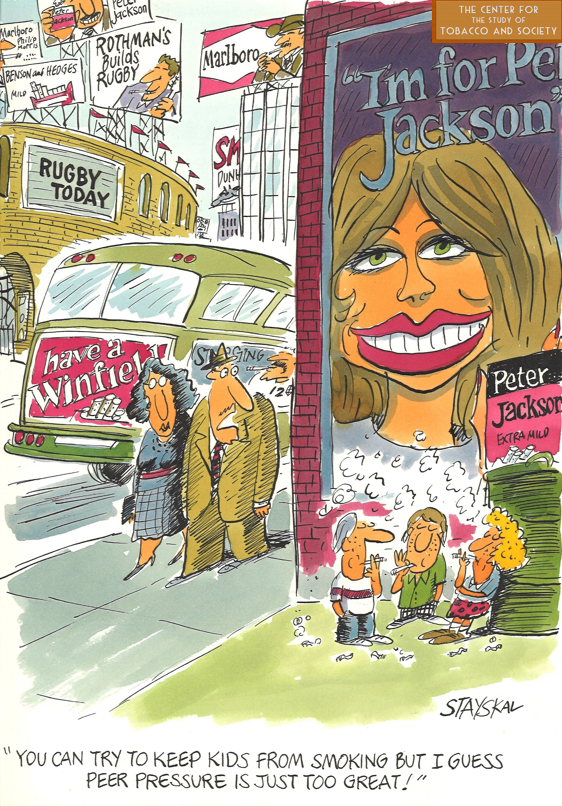 “You can try to keep kids from smoking, but I guess peer pressure is just too great” 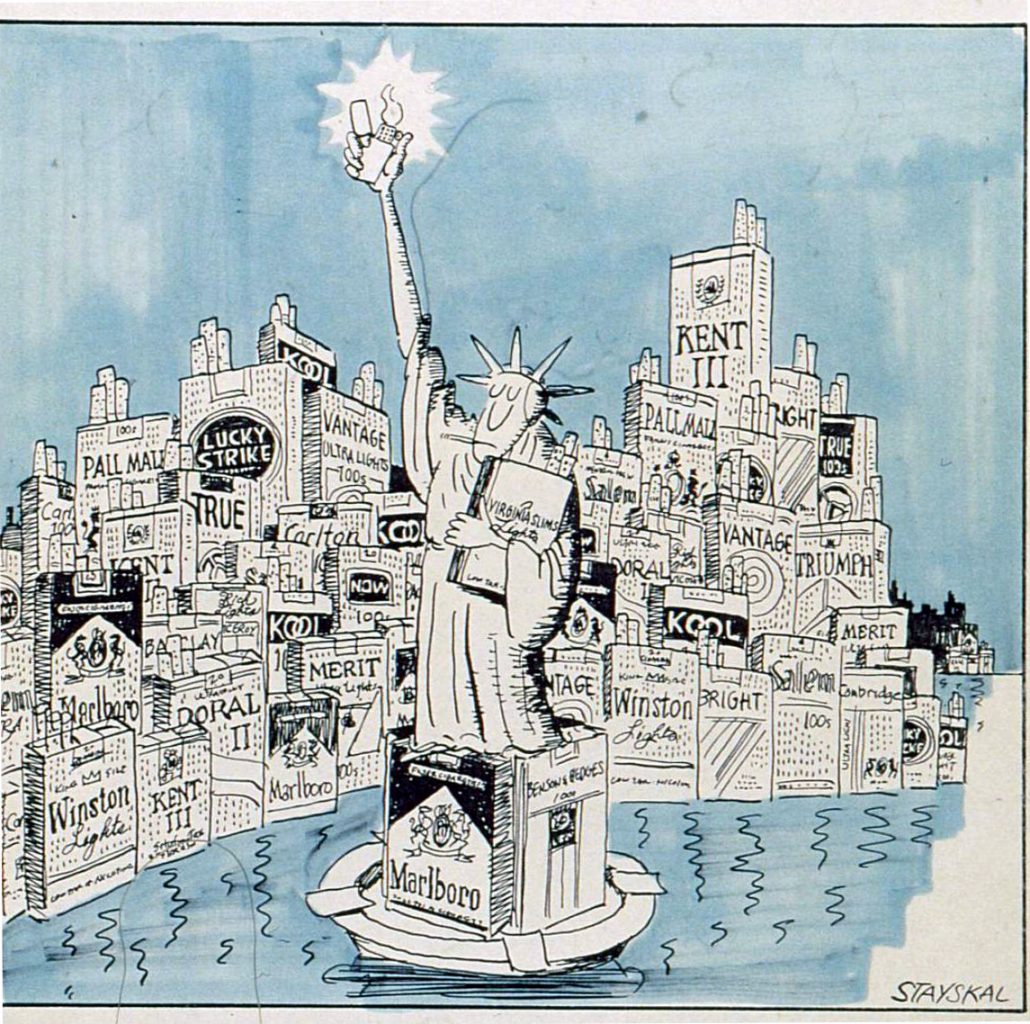 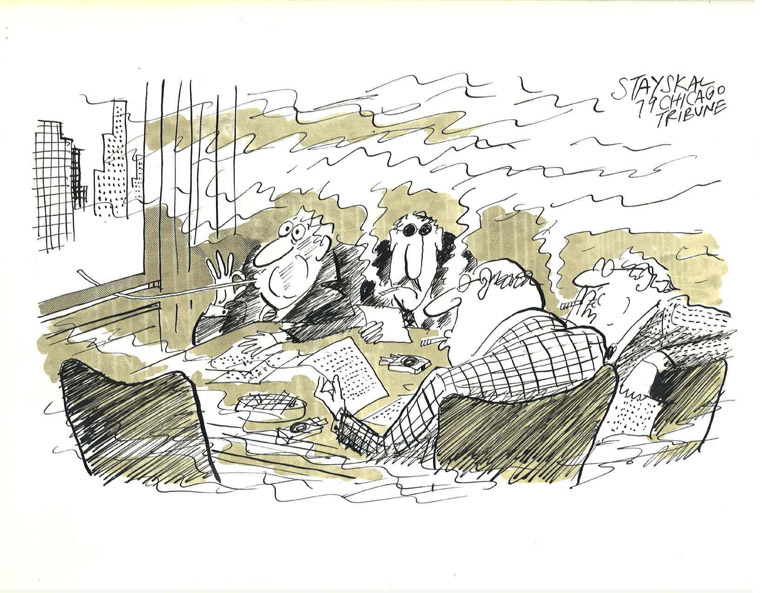 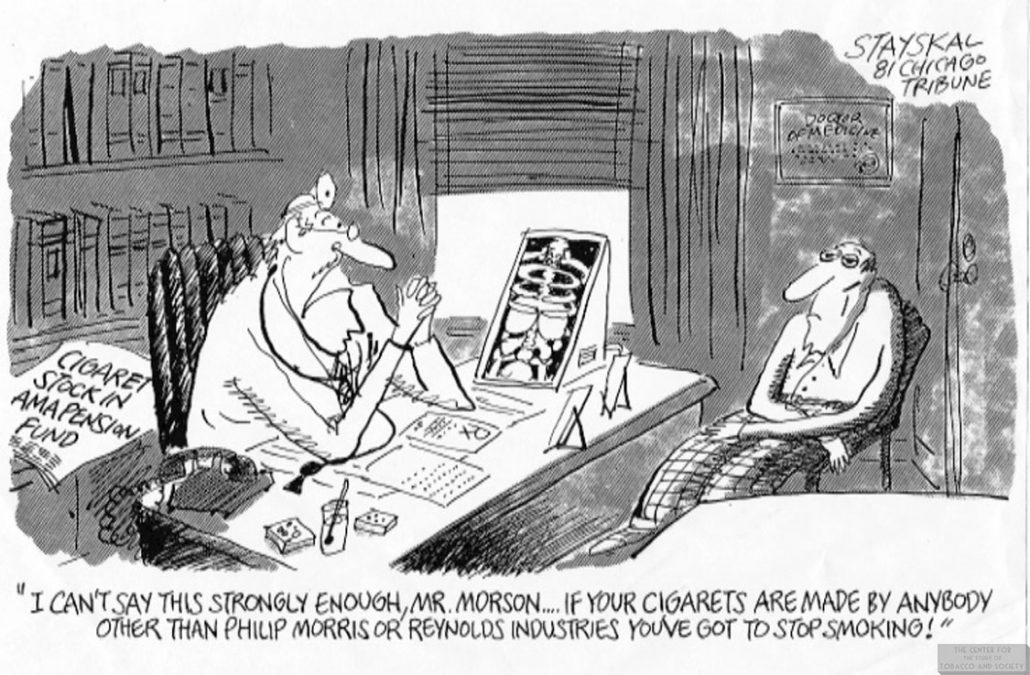 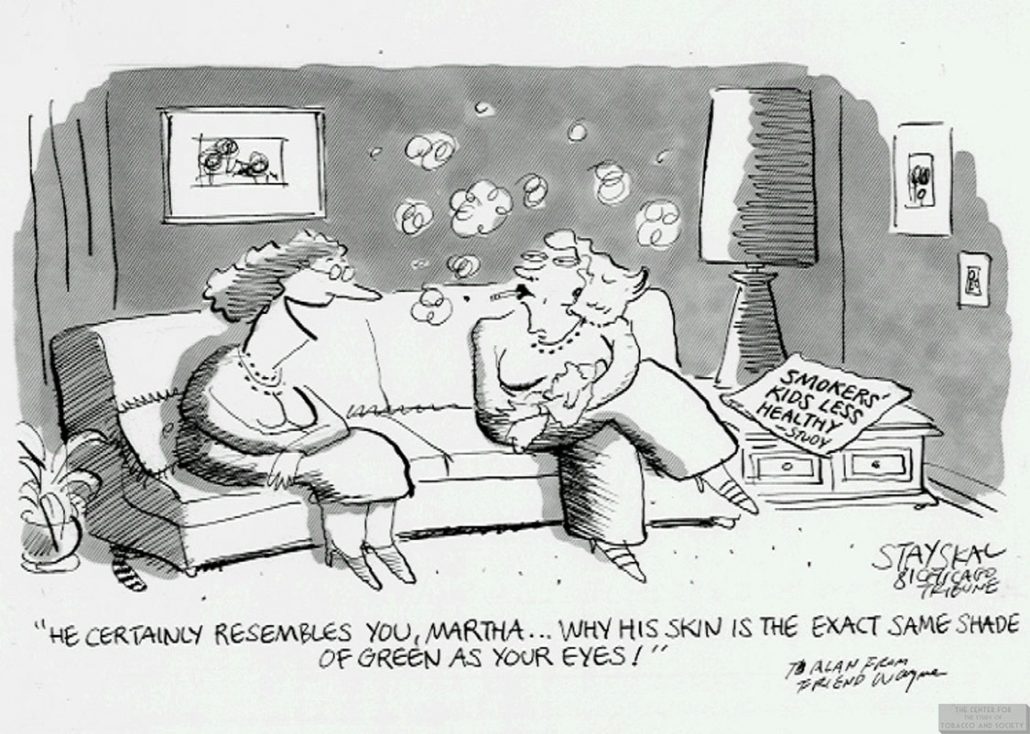 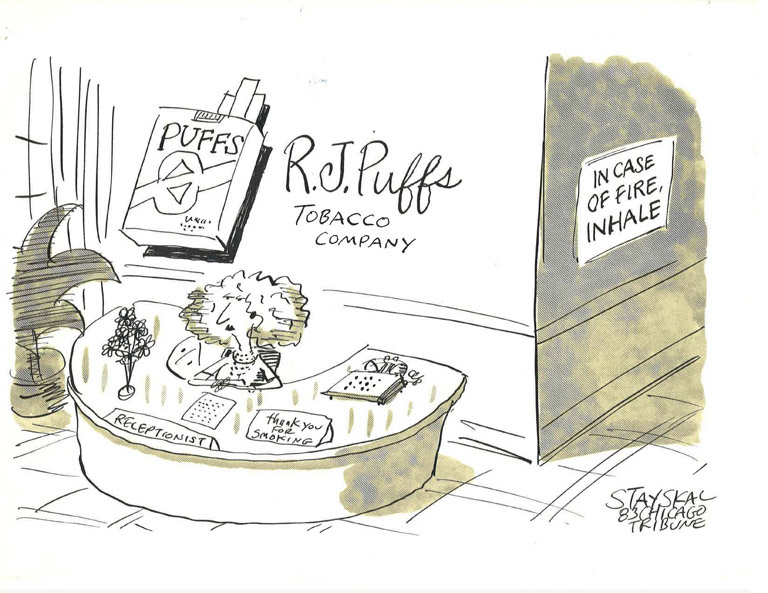 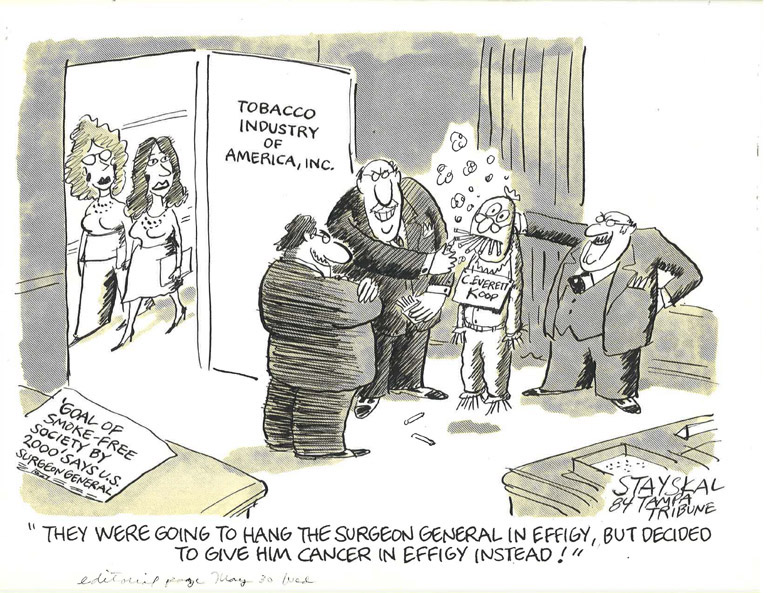 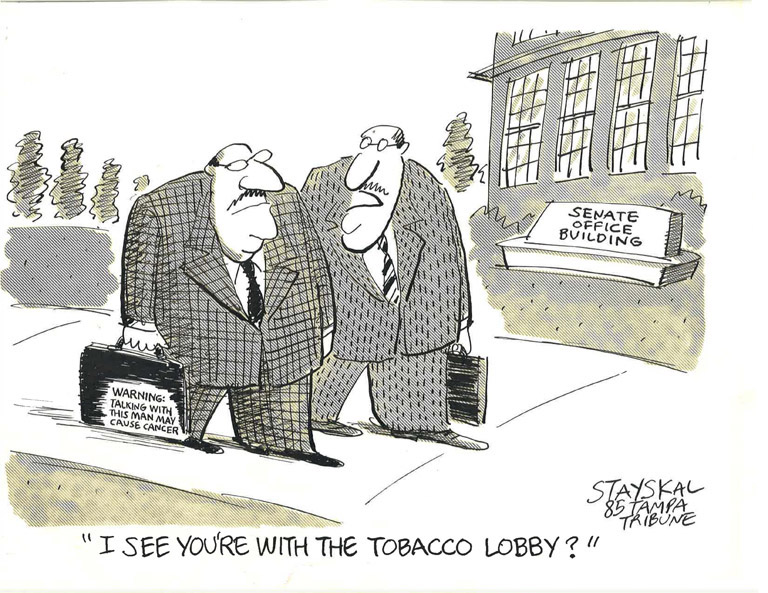 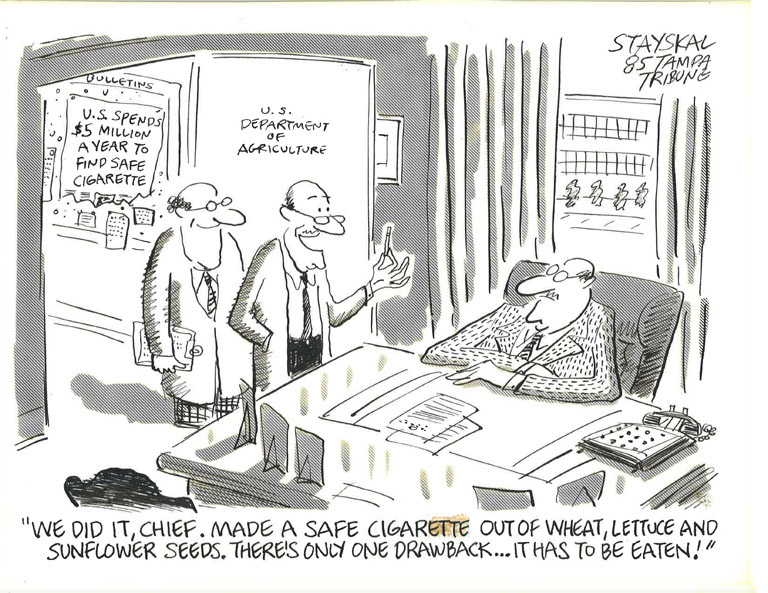 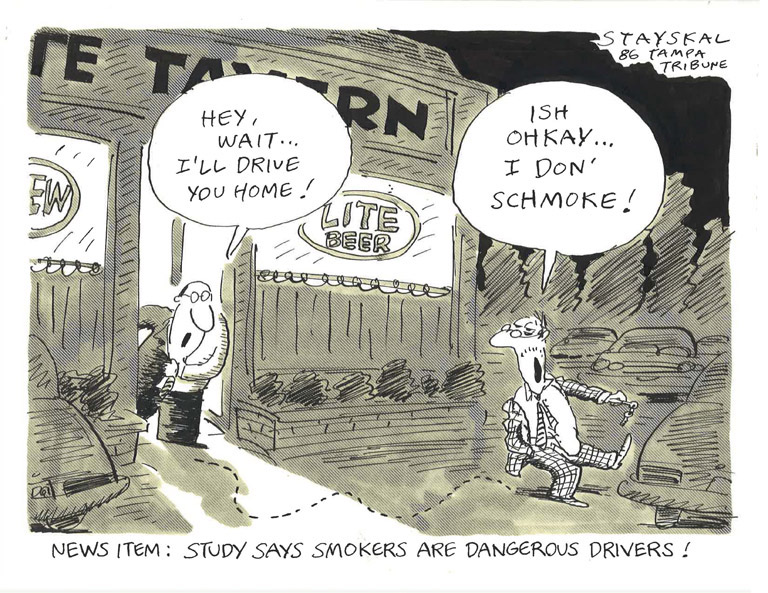 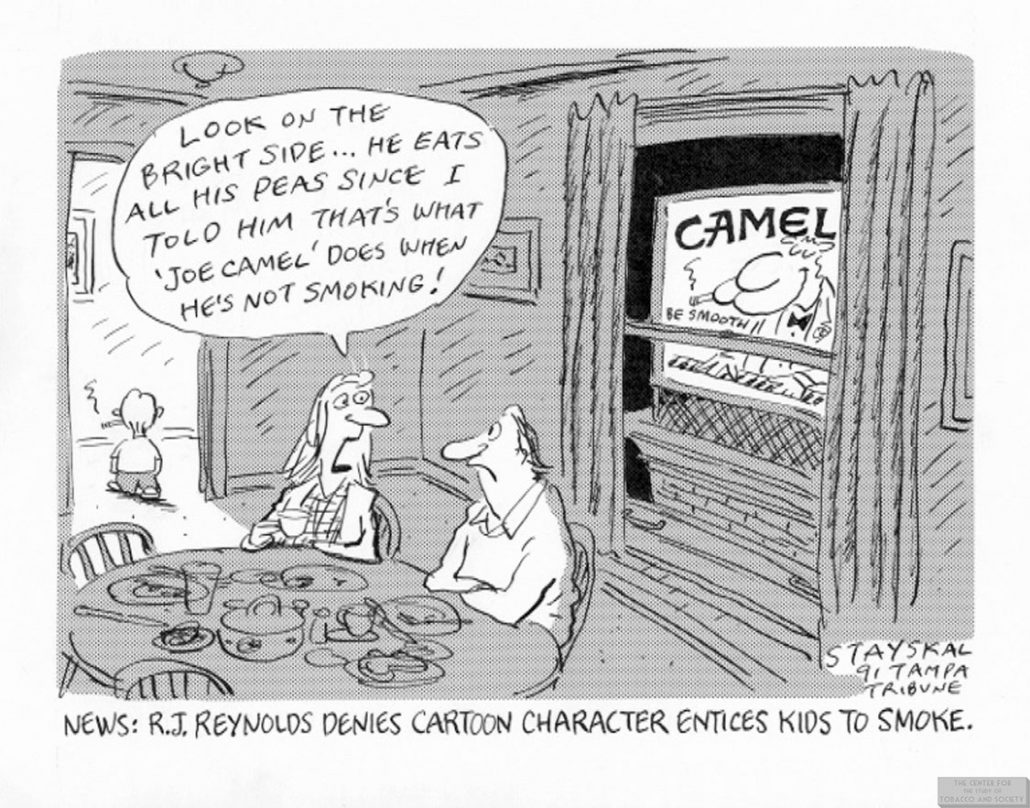 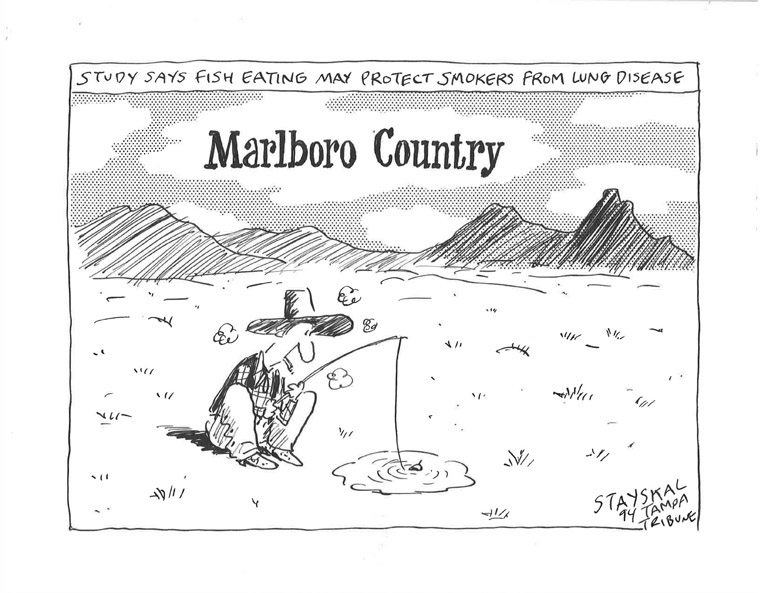 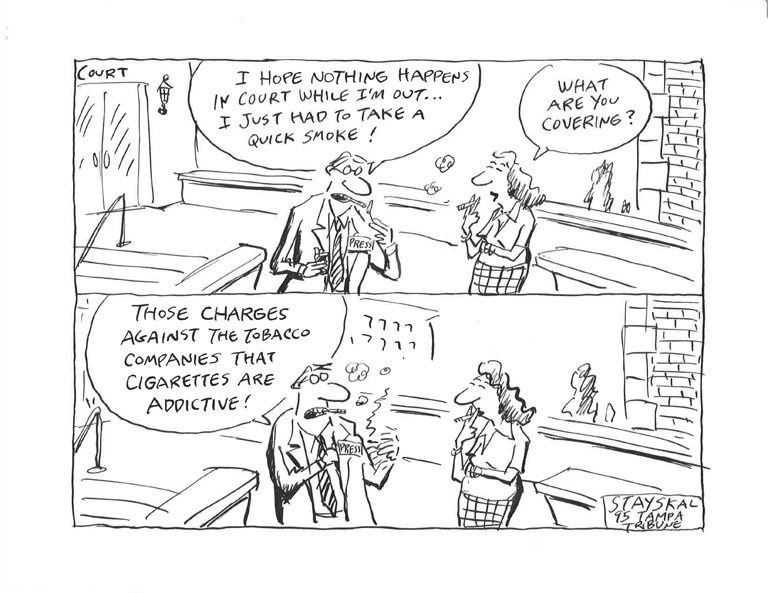 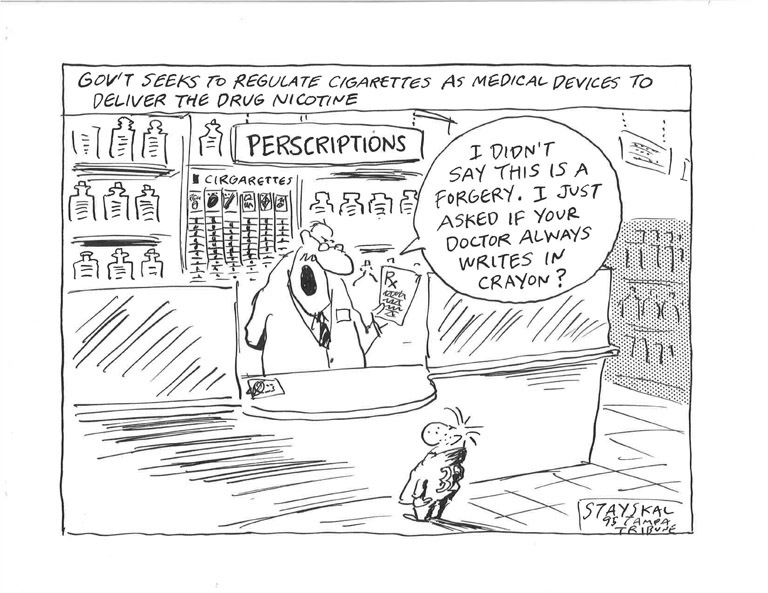