Herbert Lawrence Block created cartoons from 1929 (at the Chicago Daily News) until his death at age 91 in 2001, by which time he had worked at The Washington Post for 55 years. His syndicated cartoons, which appeared under the pen name Herblock in over 400 newspapers in the US, satirized public figures in power across the political spectrum. An advocate for civil rights, gun control, and campaign finance reform, he attacked demagogues, bigots, and blowhards at home and abroad. In a 1950 cartoon, he coined the term “McCarthyism.” In 1966 he was chosen to design the US postage stamp marking the 175th anniversary of the Bill of Rights.

According to Harry L. Katz, who served as the curator of the Herb Block Foundation Collection from 2004 to 2011, a heart attack led Block to stop smoking and transformed him into a staunch opponent of the tobacco industry. The cartoons in this section are selected from more than 70 images in the Center’s collection (published between 1964 and 2000), many on the original editorial pages of The Washington Post and other newspapers. His cartoons still hit home decades after they first appeared.

The Herb Block Foundation helped defray the cost of shipping the original framed cartoon artworks in “Cartoonists Take Up Smoking” to the exhibition’s debut at the 2004 annual convention of the Association of American Editorial Cartoonists in Lexington, Kentucky, as well as to the National Museum of Health and Medicine in Washington, DC, where the exhibition was on view from April 1, 2006 to March 31, 2007. 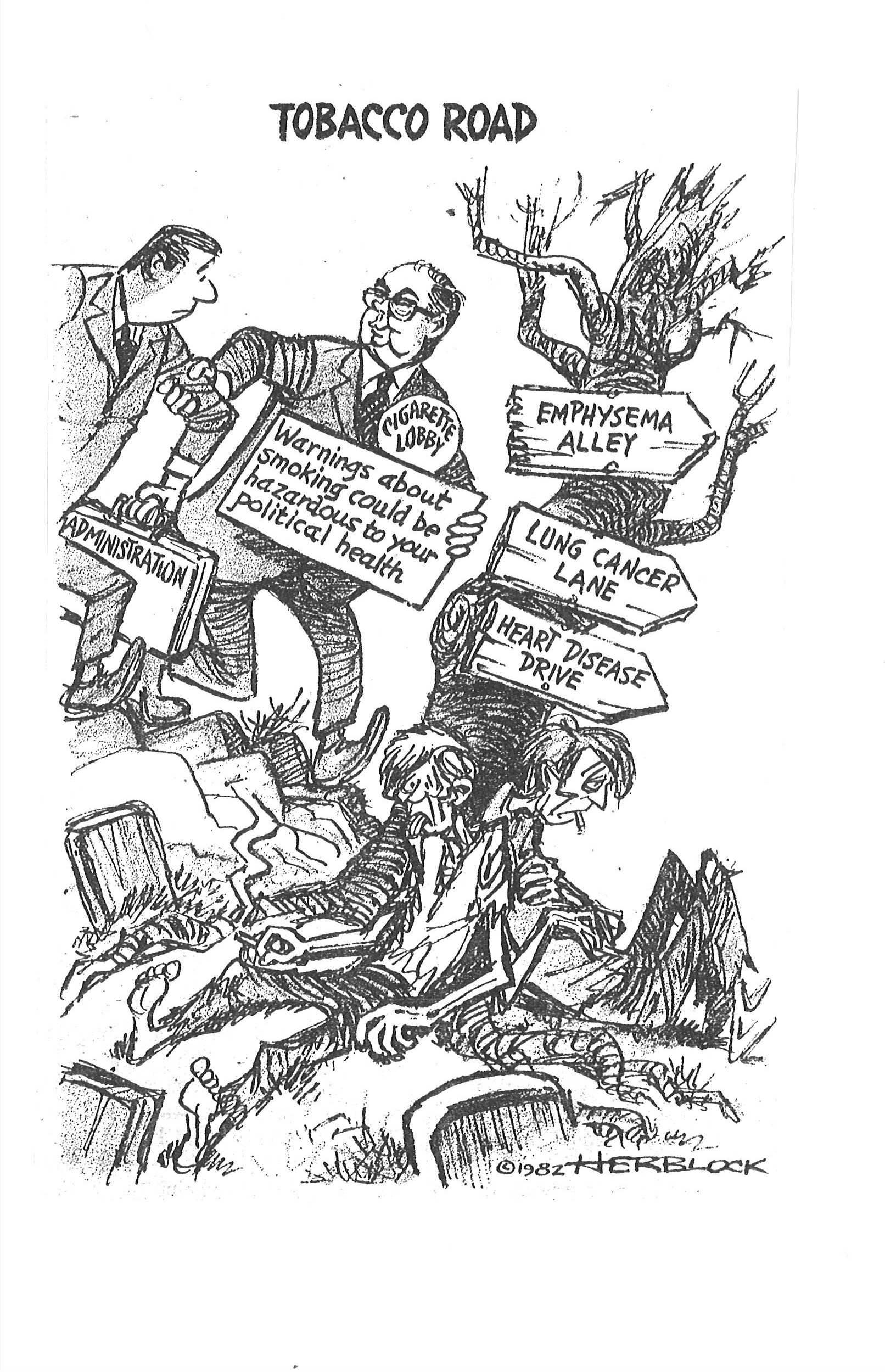 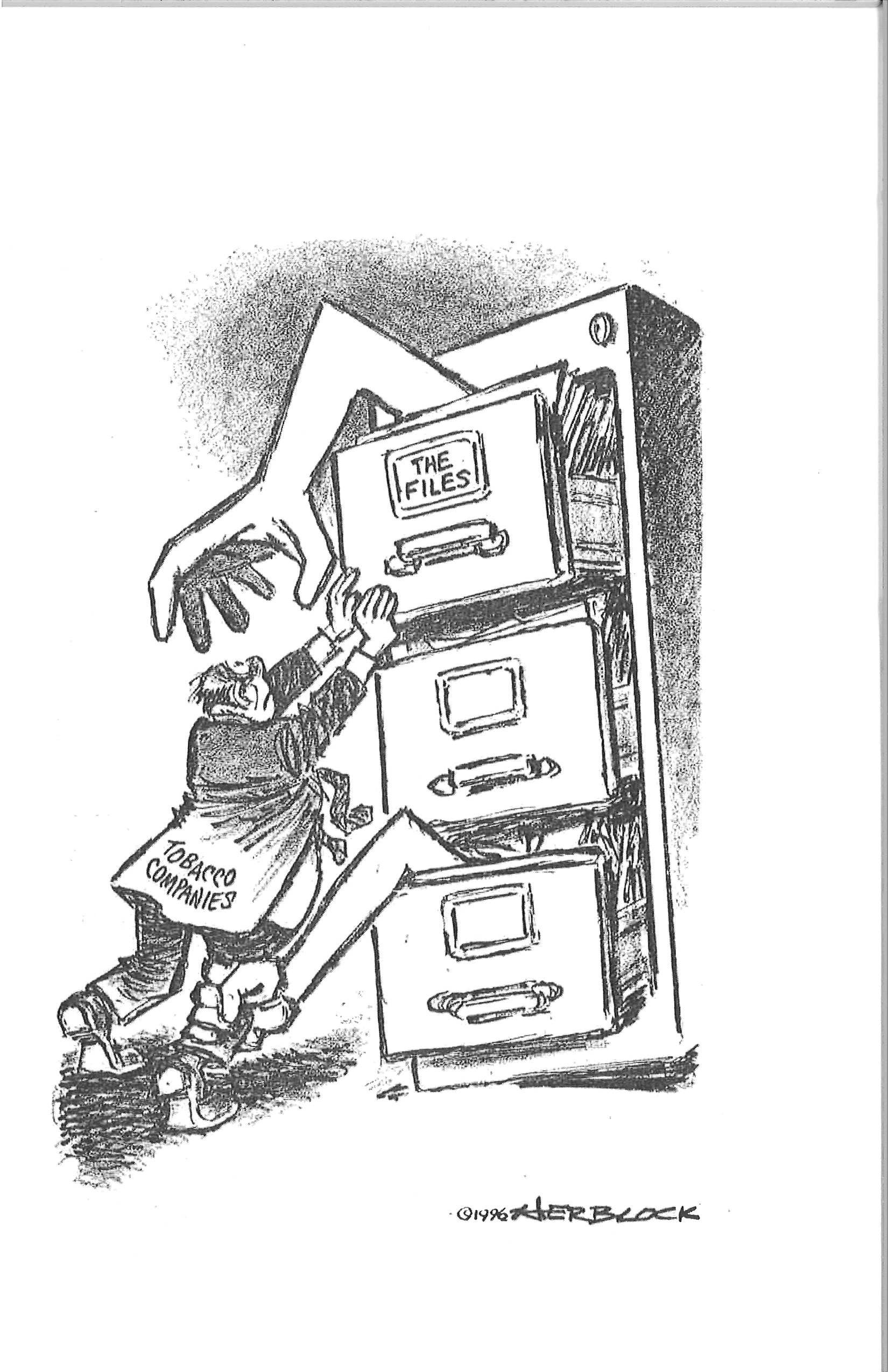 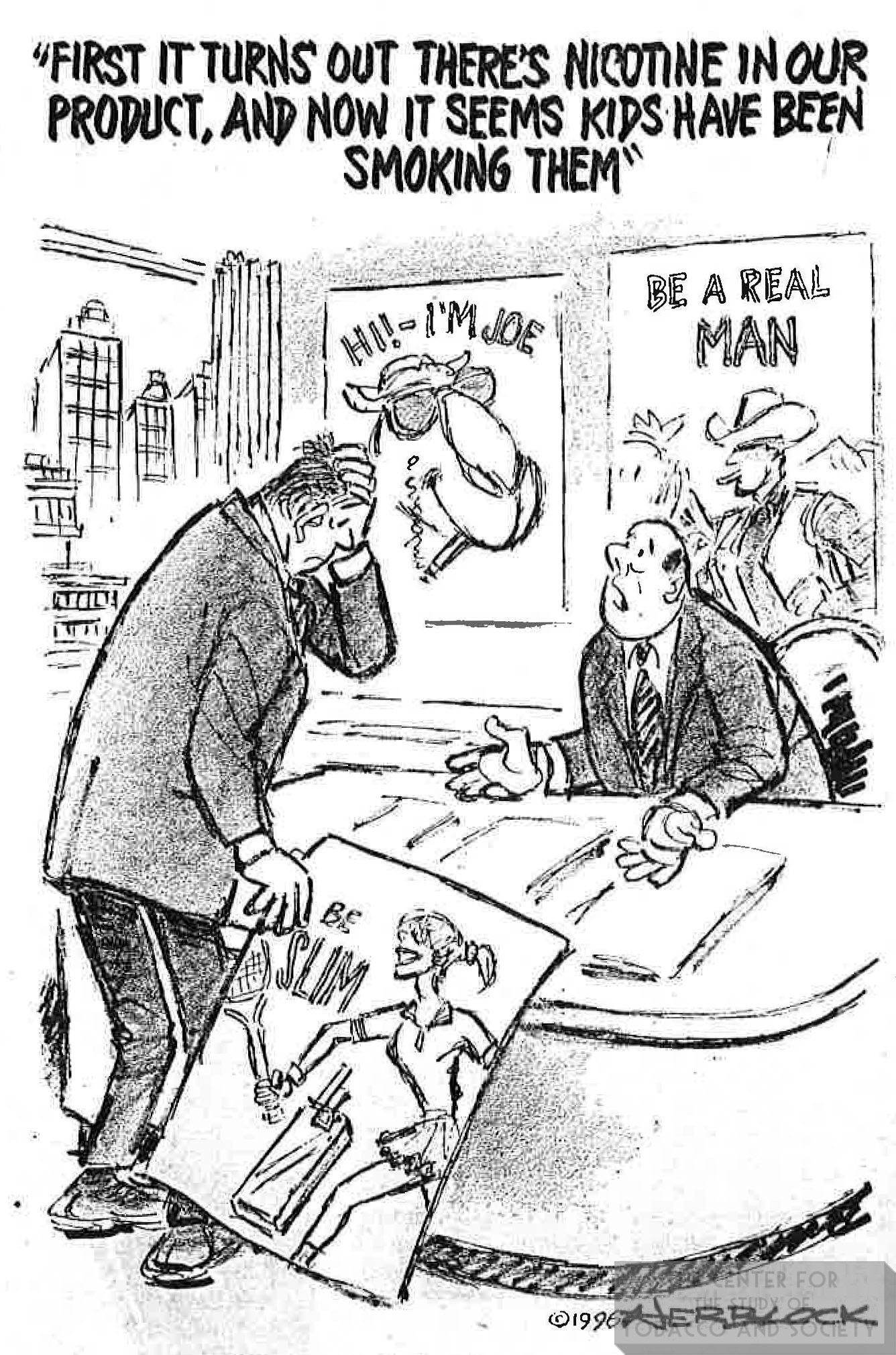 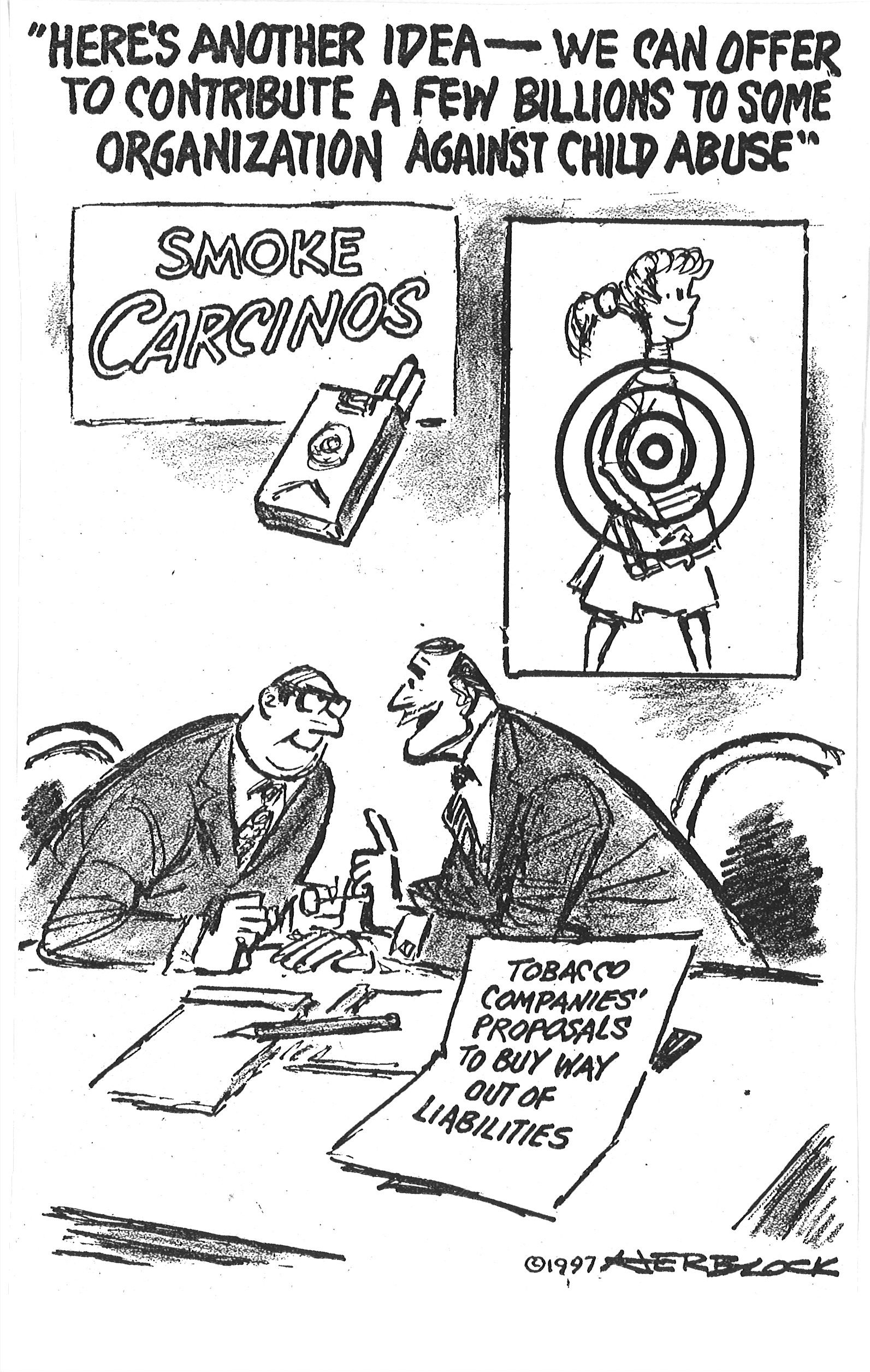 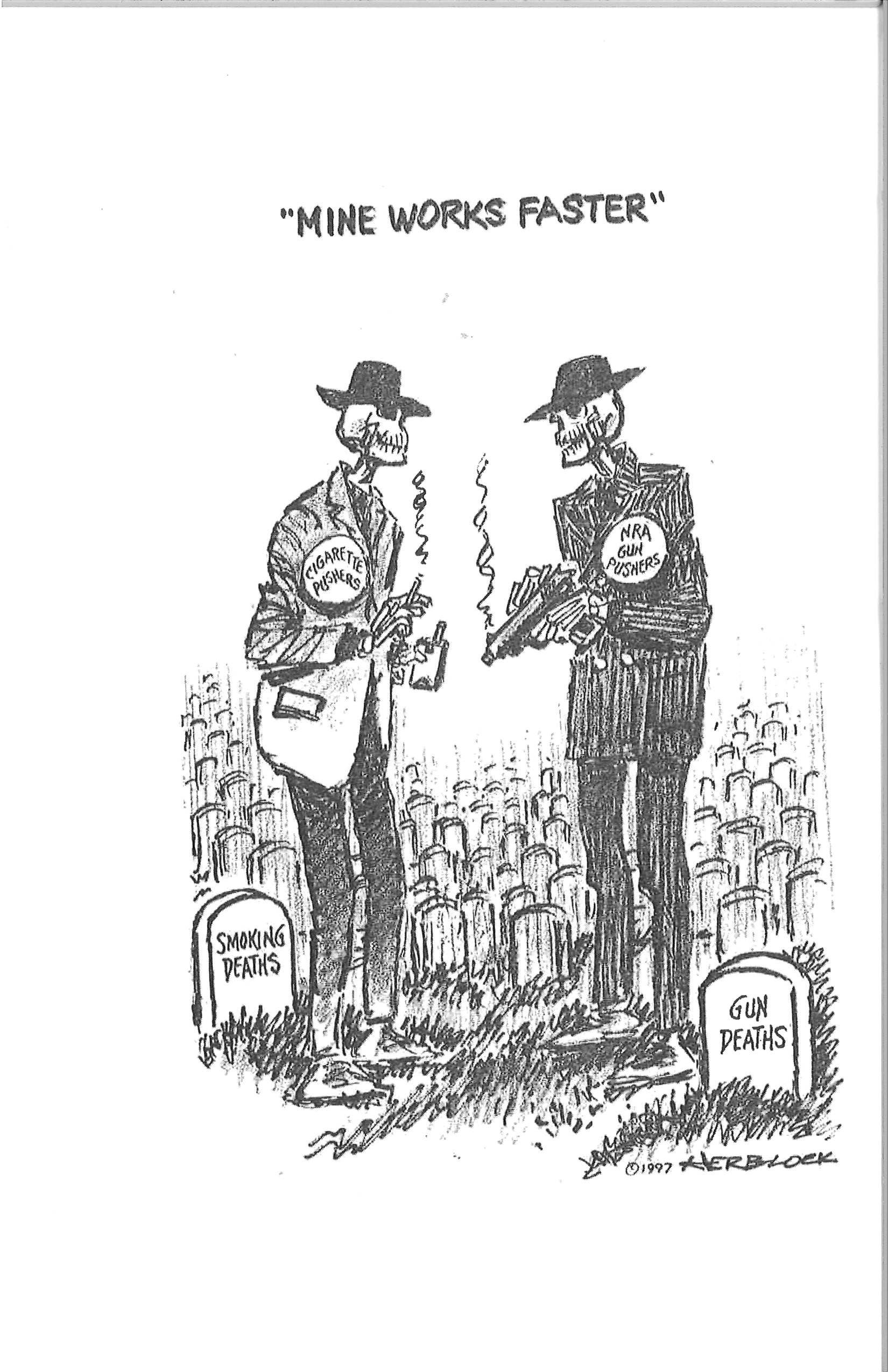 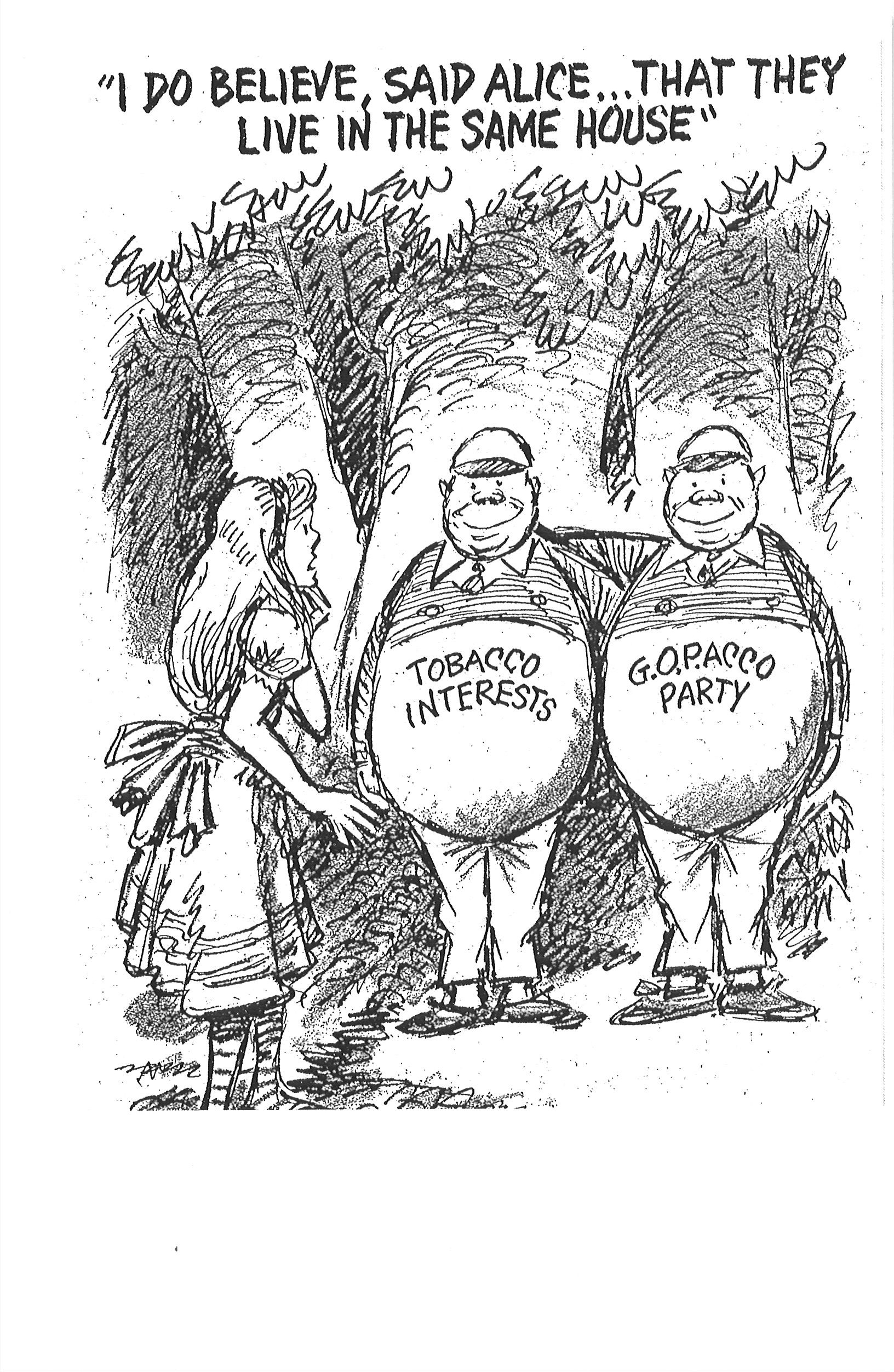