Whenever legislatures need money in a pinch, they always turn to cigarettes first. The lawmakers seem to be recognizing the dangers to health and are punishing smokers for being so foolhardy. But contrary to the conventional wisdom promoted by groups such as the Washington, D.C.-based Campaign for Tobacco Free Kids, a tax increase on cigarettes that goes into general revenue to be used for deficit reduction does little to reduce smoking. That’s because governments become dependent on such sin taxes. Although a 10 percent increase in cigarette taxes (most increases are much smaller) has been estimated to reduce consumption by three to five percent in the short term, a less noble reason lawmakers favor such taxes is to reduce budget deficits.

Another case in point is the annual payment that each state receives from the tobacco industry under the Master Settlement Agreement (MSA) of 1998 between the state attorneys general and the tobacco industry as the result of litigation to recover the Medicaid costs of caring for patients with smoking-related diseases. Each state’s annual MSA payment is based on the number of cigarettes sold in the state the previous year. Small wonder why, according to the US Centers for Disease Control and Prevention (CDC), the MSA payments allocated by the legislatures to fight smoking have actually shrunk to an average of less than 2 percent of the money.

The states have thus become addicted to MSA cash to help reduce their budget deficits.  If, as the attorneys general had intended, a significant percentage of this money were directed toward the purchase of widespread mass media messages to reduce smoking (just as politicians spend most of the money they raise on advertisements to get re-elected), then we would be heading in the right direction.

There is a precedent for this is in California. In 1988 voters passed a ballot measure that raised the state’s cigarette tax by 25 cents a pack and allocated the revenues to a comprehensive statewide tobacco control program built around campaigns to encourage smokers to stop and to prevent teenagers from starting. This strategy of raising cigarette taxes to fund anti-smoking programs became the gold standard in tobacco control.  In effect, purchasers of cigarettes would be helping to reduce smoking, including their own.

The impact of cigarette excise tax revenue that is not dedicated to reducing smoking has been overestimated. For one thing, it is easy for consumers to circumvent the tax via the internet, discount tobacco outlets, or the black market. For another, the states with the highest taxes, such as New York, have the biggest black markets and the most bootlegging.

The bottom line is that state allocations for tobacco prevention and cessation are miniscule. And because states remain dependent on tobacco excise tax revenue, there is a disincentive for allocating more funding to tobacco control measures. 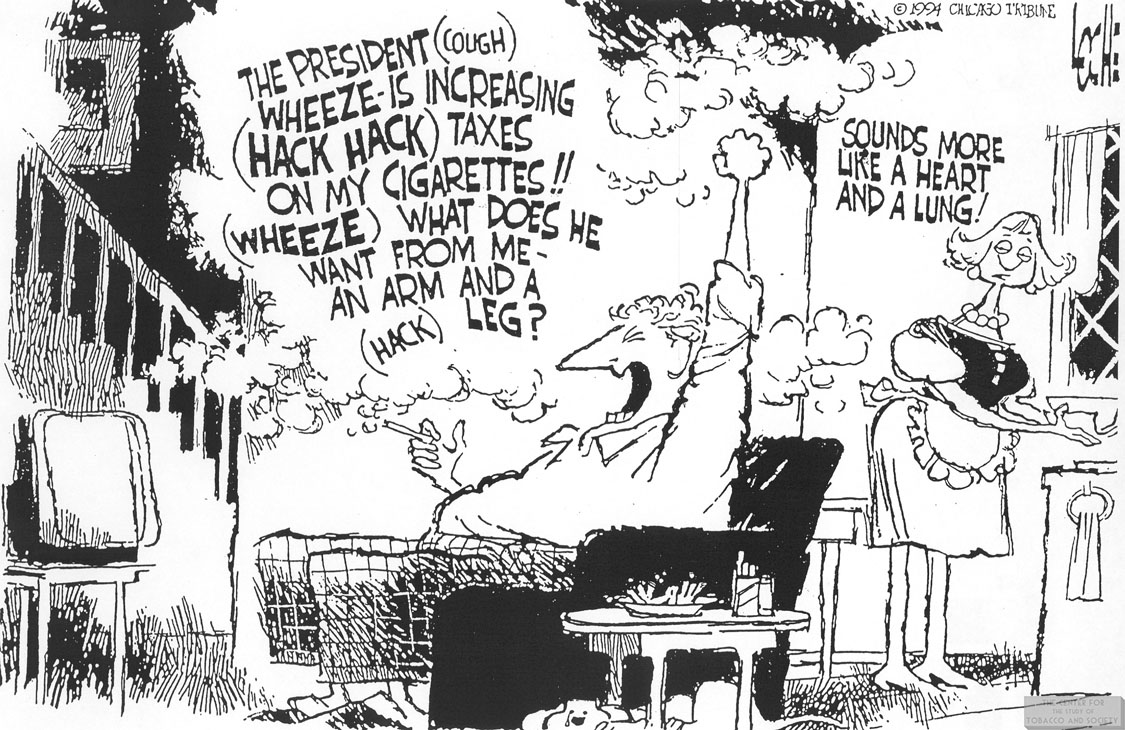 “John Fischetti [(1916-1980) editorial cartoonist for the Chicago Daily News from 1967-1978 and the Chicago Sun-Times from 1978-1980] and I had lunch at Ricardo’s one day, not long after his coronary bypass—that was his first warning about cigarettes.  Ricardo’s is one flight of stairs below Michigan Avenue and when we came out of the restaurant I saw John pause.  ‘What’s wrong?’   I asked.  ‘My doctor tells me having sex is like going up a flight of stairs,’ he said, ‘and I’m trying to decide.’” 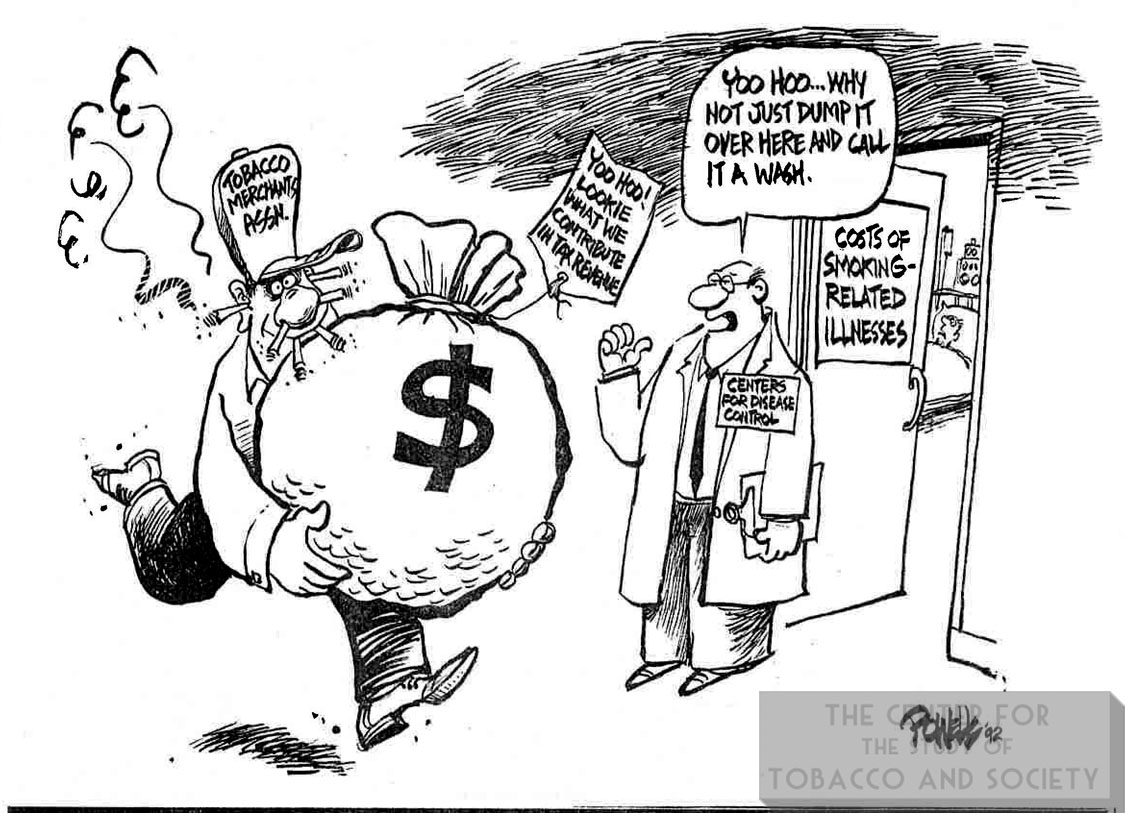 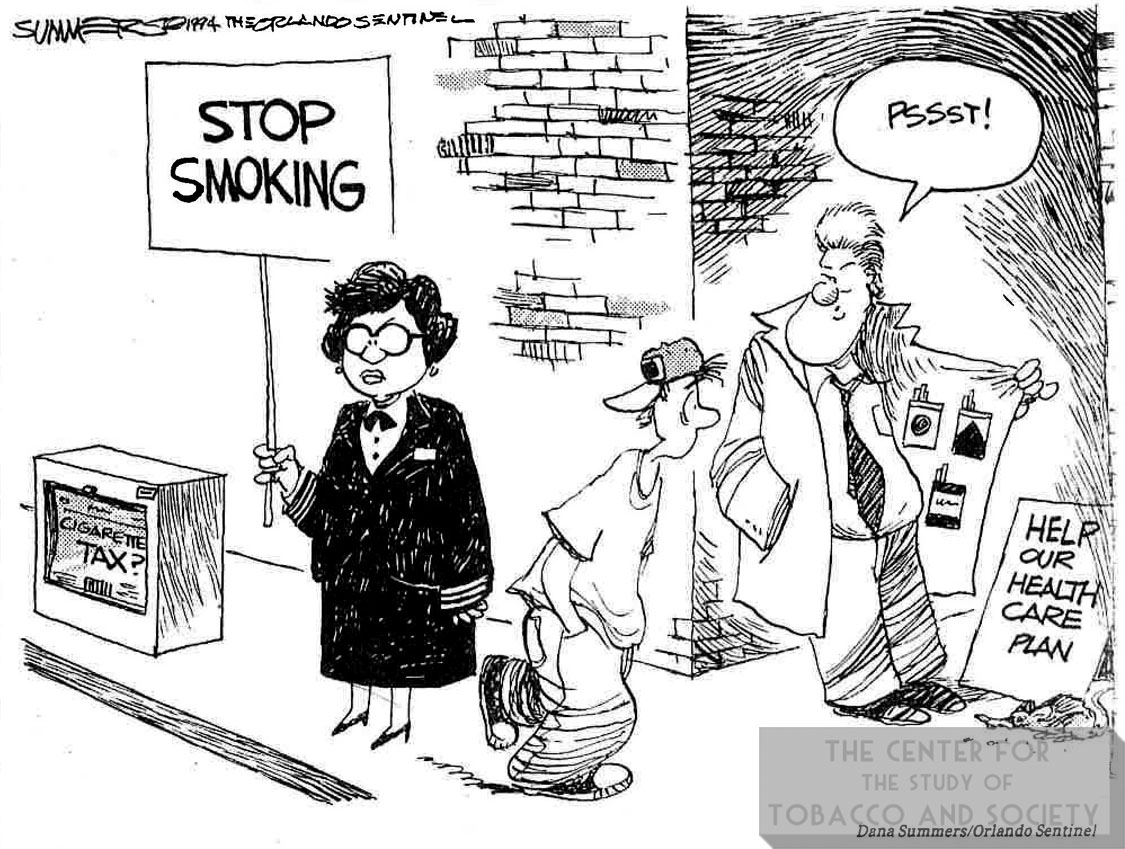 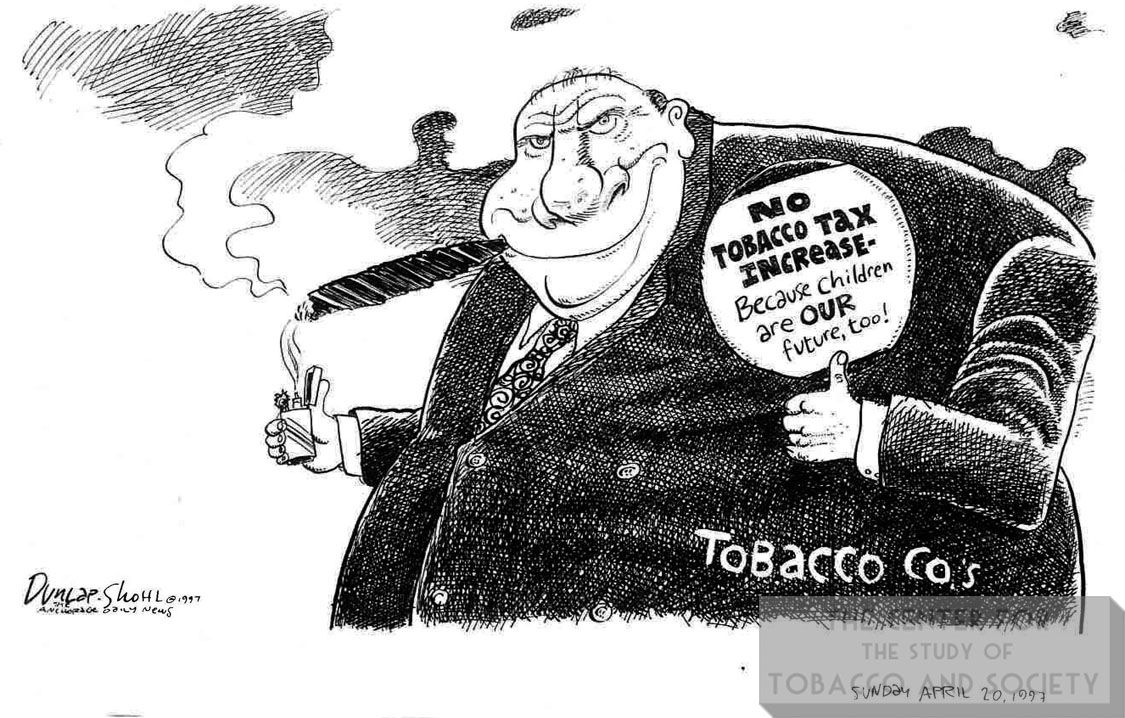 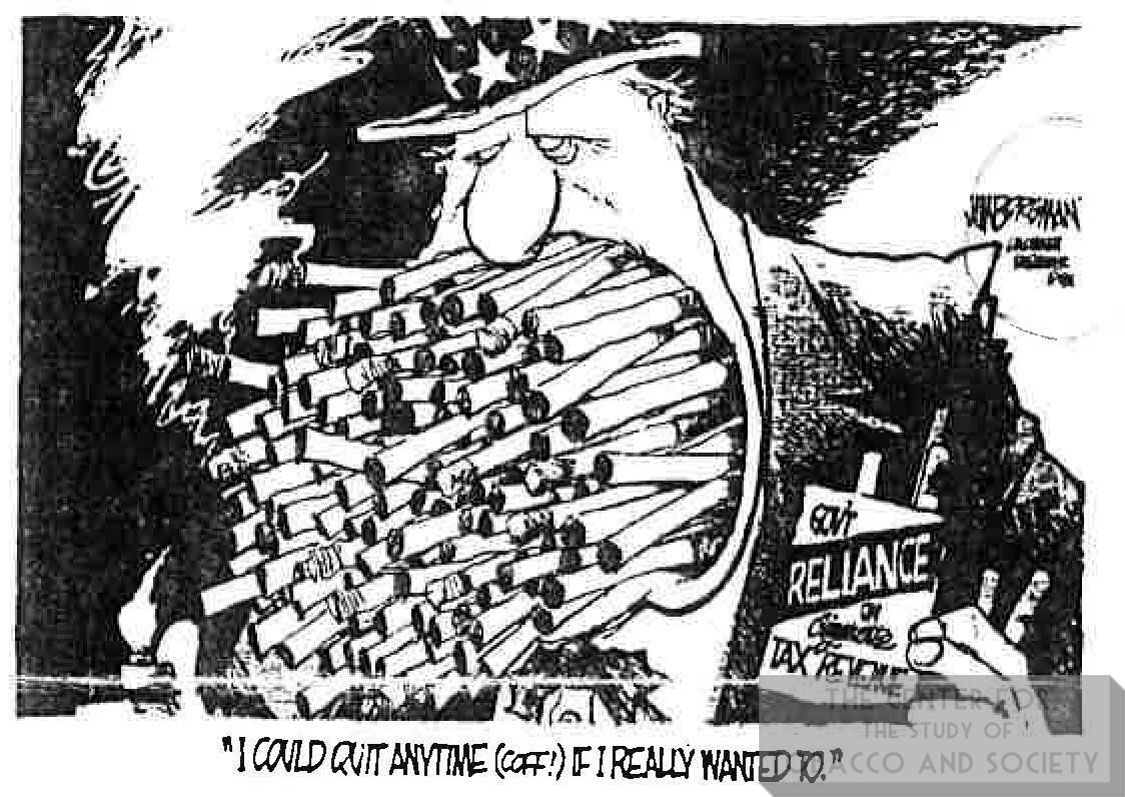 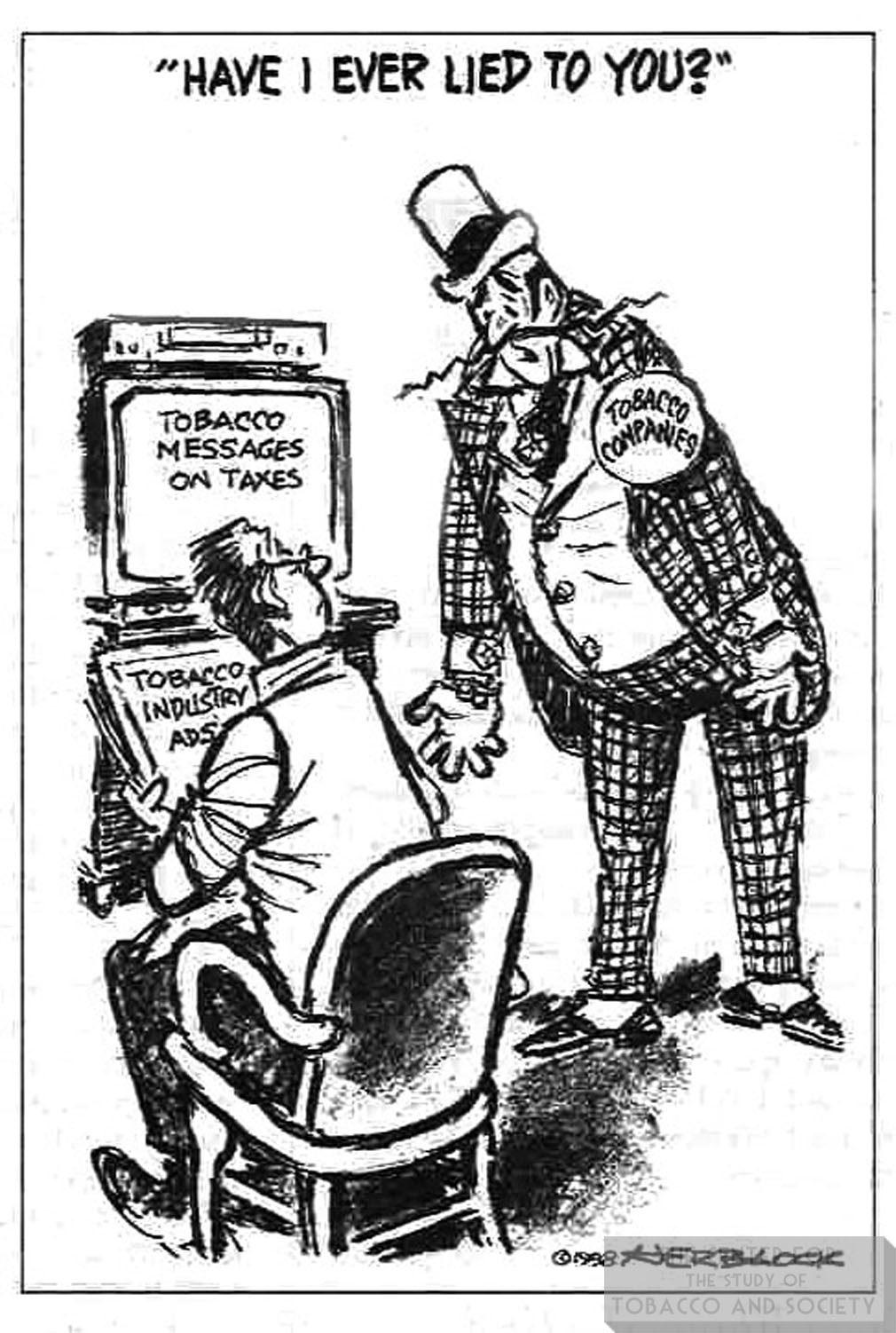 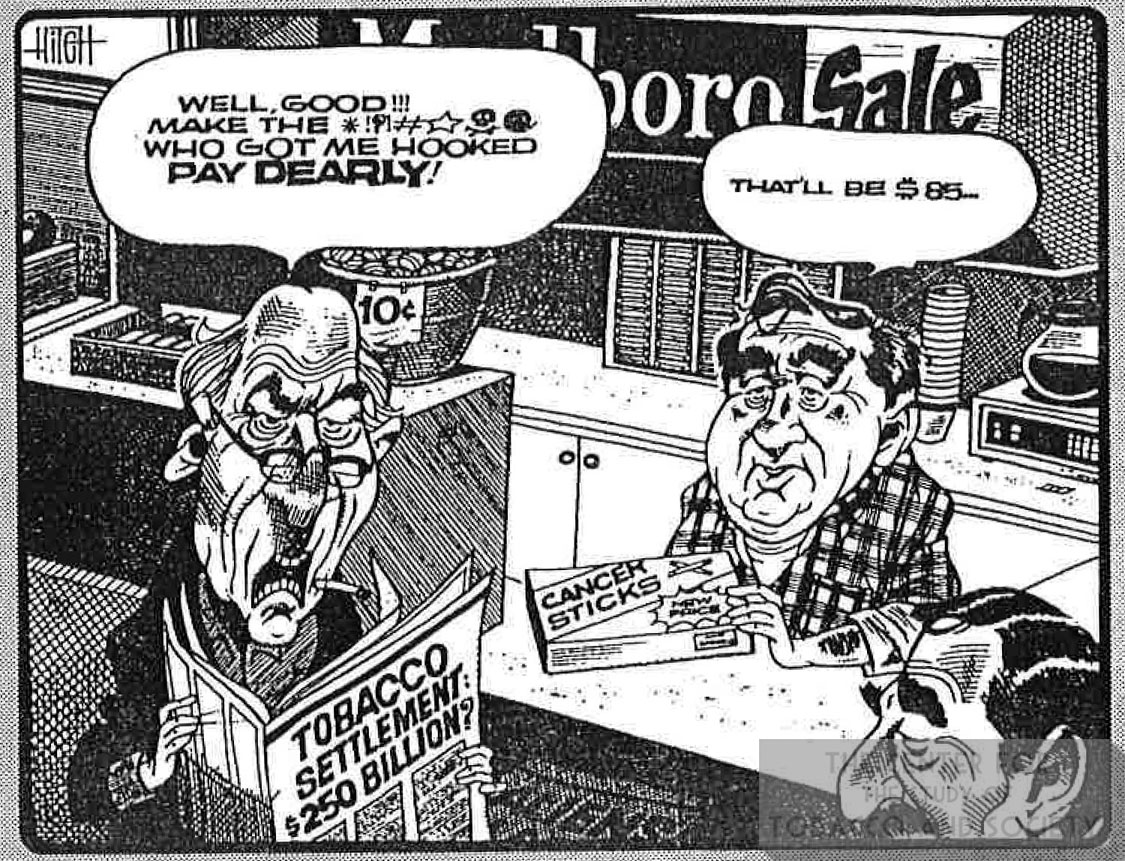 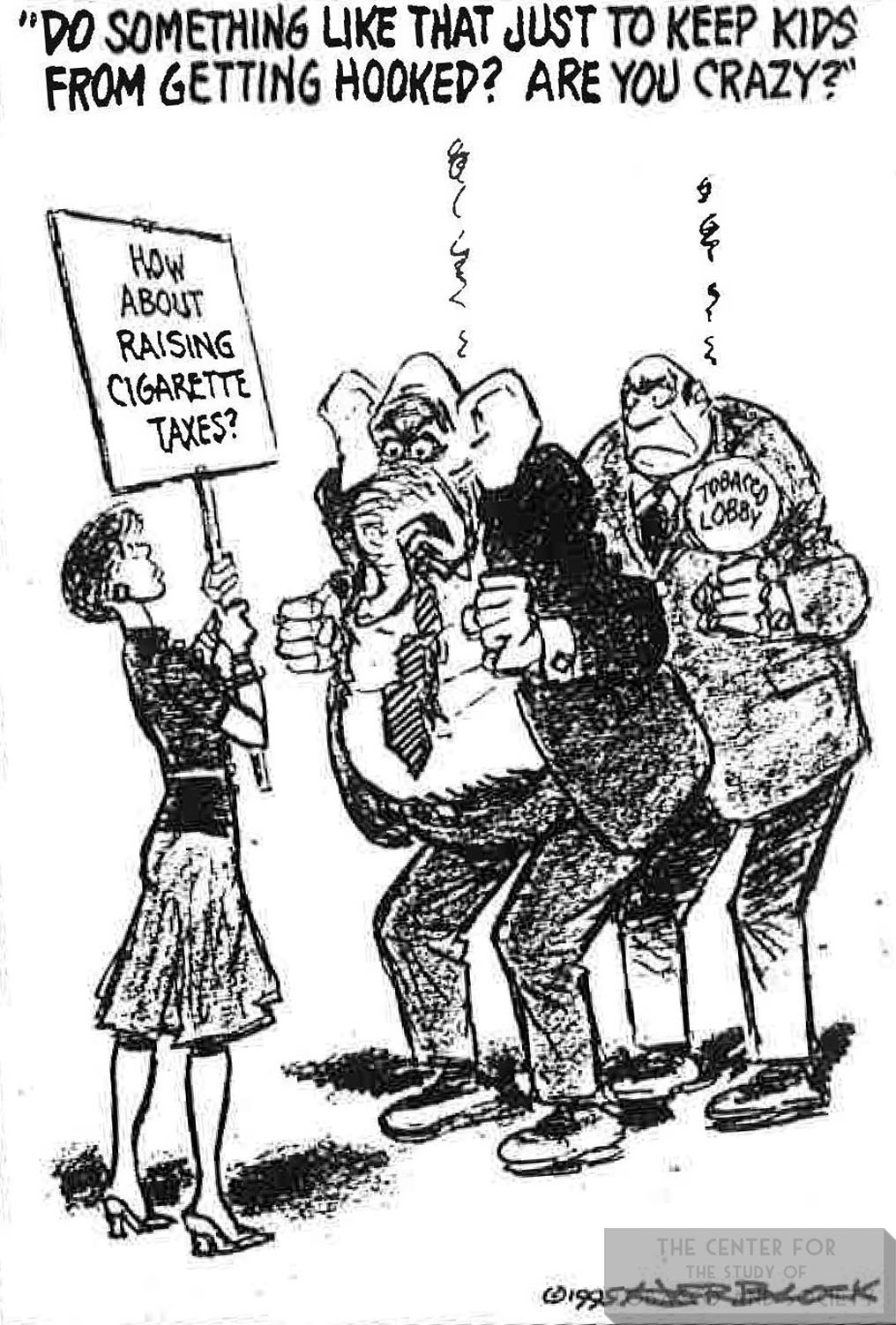