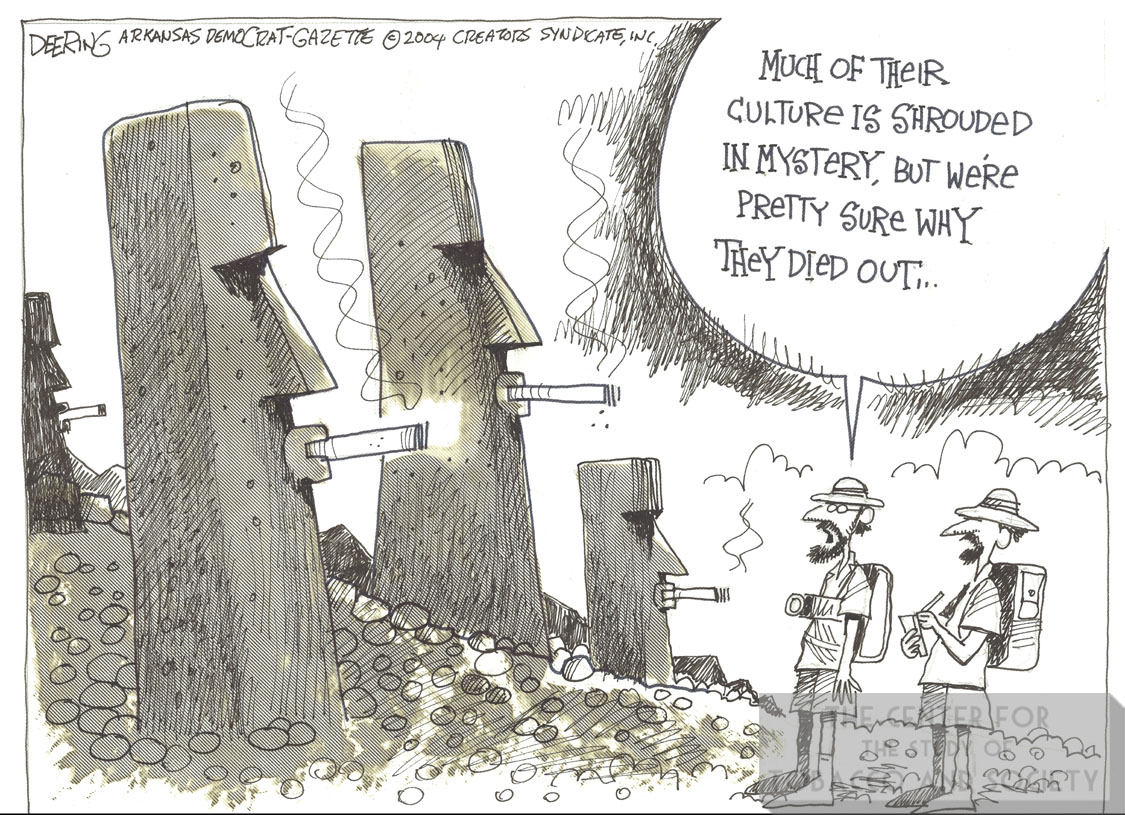 “Cartoonists Take Up Smoking” began as an invited presentation I gave in Toronto at the 2001 convention of the Association of American Editorial Cartoonists (AAEC) and the Association of Canadian Cartoonists.  Leaders of the AAEC encouraged me to create an exhibition of original artworks, which debuted at the association’s 2004 convention in Lexington, Kentucky. The exhibition featured the work of more than 80 editorial cartoonists, 42 of whom added an artist’s statement. “Cartoonists Take Up Smoking” traveled to eight other cities over the next four years. From 2020 to 2022, the exhibition was digitized, updated, and expanded to include over 100 artists. I welcome your comments, questions, and suggestions.

Alan Blum, MD
Director, The University of Alabama Center for the Study of Tobacco and Society
Curator, “Cartoonists Take Up Smoking”

On January 11, 1964, at a crowded press conference in Washington, D.C., United States Surgeon General Luther Terry released Smoking and Health, a report of the medical advisory committee that had been appointed in mid-1962 and charged with reviewing all of the published scientific research on the health effects of smoking. The report’s unequivocal conclusion that cigarette smoking caused lung cancer and other diseases was supposed to end the debate about the dangers of tobacco that had raged for decades, if not centuries.

This exhibition retraces the battles over smoking in the nearly 60 years since the Surgeon General’s report, as seen through the eyes of the nation’s newspaper editorial cartoonists. These trenchant works of art satirize cigarette company executives and lobbyists for believing that the only addictive thing about tobacco is money. The tobacco industry’s opposition to restrictions on smoking in public places, its circumvention of curbs on cigarette advertising, and its never-ending claim that “more research is needed” before acknowledging that smoking could ever cause a cough has provided fodder for editorial cartoonists. But the artists have also poked fun at anti-smoking fanaticism and the hypocrisy of state attorneys-general for seeking cash damages from the tobacco industry while being careful not to harm the goose that lays these golden eggs.

For most of the latter half of the 20th century, medical associations, universities, newspaper and magazine publishers, sports and arts organizations, political parties, and countless elected officials accepted money from the tobacco industry and never bit the hand that fed them. As a result, the hard-won progress that has been made in reducing the prevalence of US adult cigarette smoking to 15% from over 40% in 1964 has come about slowly because of the failure of the very forces that should have been in the vanguard to end the tobacco pandemic.