By the 1960s, mentholated cigarettes were especially popular among African Americans, to whom they were heavily marketed. Three brands—Brown & Williamson’s KOOL, Lorillard’s Newport, and R.J. Reynolds’ Salem—made up the lion’s share of menthol cigarettes. Not a single advertisement for a non-menthol brand ever appeared in the leading African-American magazine Ebony in its 70-year existence under its original publisher—and not a single article ever appeared on the leading preventable cause of death among African Americans: cigarette smoking.

Cultural events such as the Ebony Fashion Fair, an annual national tour hosted by Black sororities in dozens of cities, was sponsored by R.J. Reynolds’ More cigarettes throughout the 1980s. Brown & Williamson’s KOOL Achiever Awards gave cash grants to black community leaders throughout the nation. Philip Morris, maker of Benson & Hedges, Virginia Slims, Marlboro and other menthol brands, was a prominent sponsor of meetings of Black newspaper publishers and Black journalists, as well as of the National Association for the Advancement of Colored People (NAACP).

This extensive public relations campaign by the cigarette companies may explain the virtual absence of black leaders who denounced the targeting of African Americans by the tobacco industry. Grassroots anti-smoking activism gradually emerged only in the late-1980s. In response, Philip Morris executives accused anti-smoking advocates of paternalism. Defending its support of leading Black civic organizations, dance companies, and arts groups, CEO George Weissman cited its many other national and local sponsorships, including the Boy Scouts, the YMCA, museums, and hospitals. In other words, “We advertise to everybody.”

Learn more about Smoking and Minorities in our exhibition…

Minorities and Smoking: The Targeting of African Americans by the Tobacco Industry

“Sui-Genocide: The Killing of Minority Groups by the Tobacco Industry” (56:13)

Deloyd Parker, director of the SHAPE (Self-Help for African People through Education) Community Center in Houston, Texas, points out the tobacco industry’s usE of the colors of the African liberation flag (red, black, and green) in cigarette advertising and packaging

From “Medicine vs. Madison Avenue,” a video by Doctors Ought to Care (DOC) 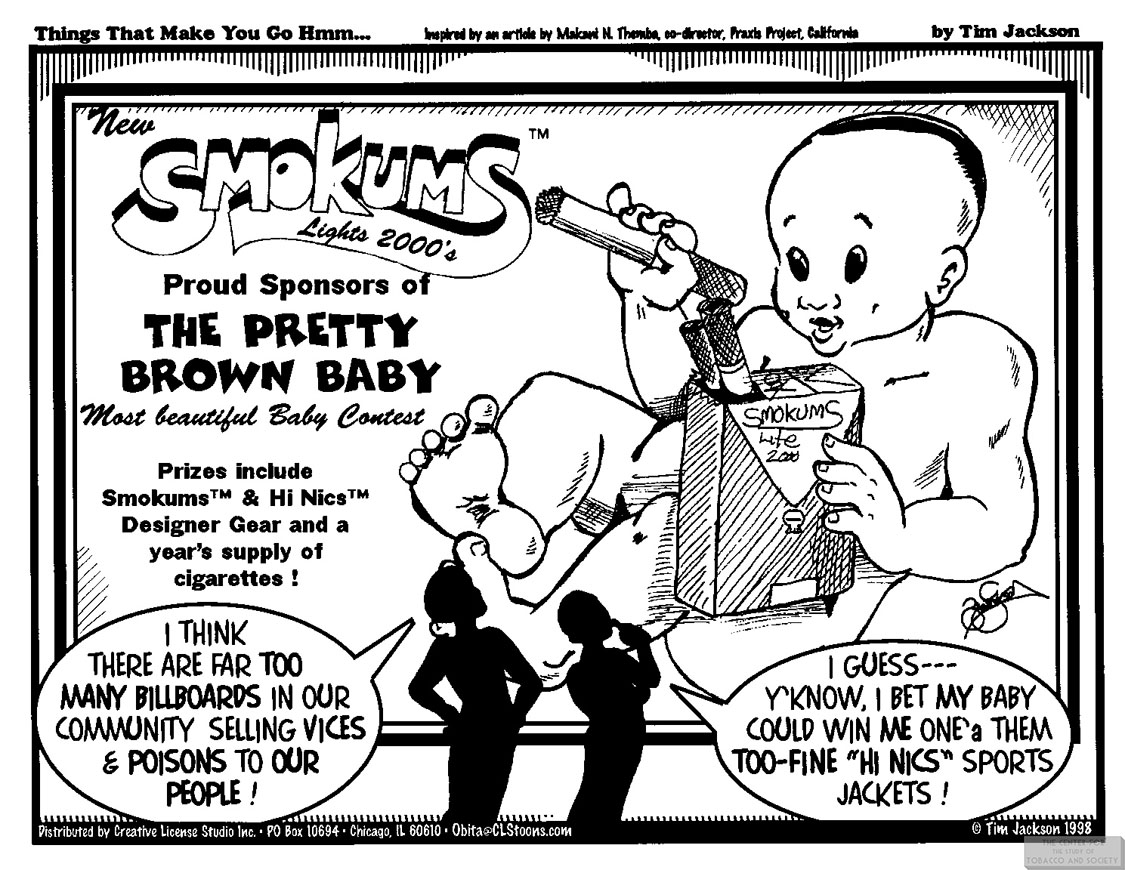 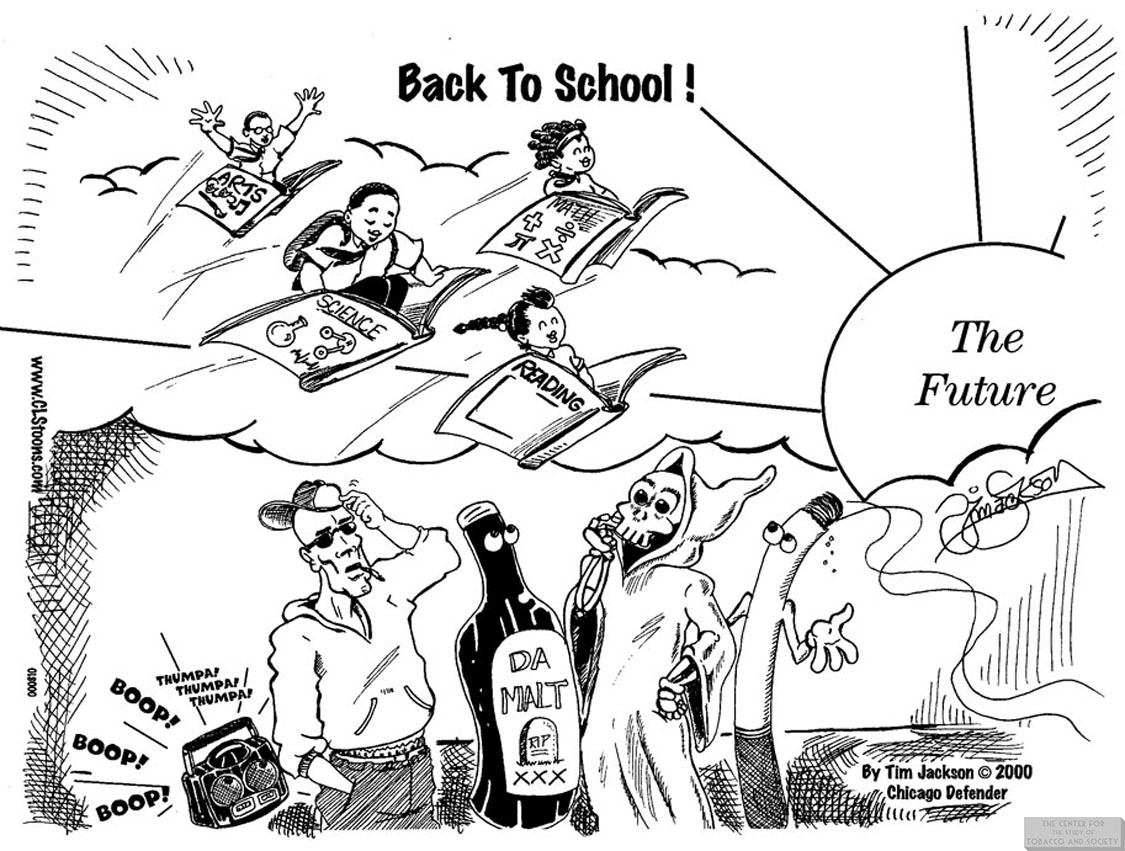 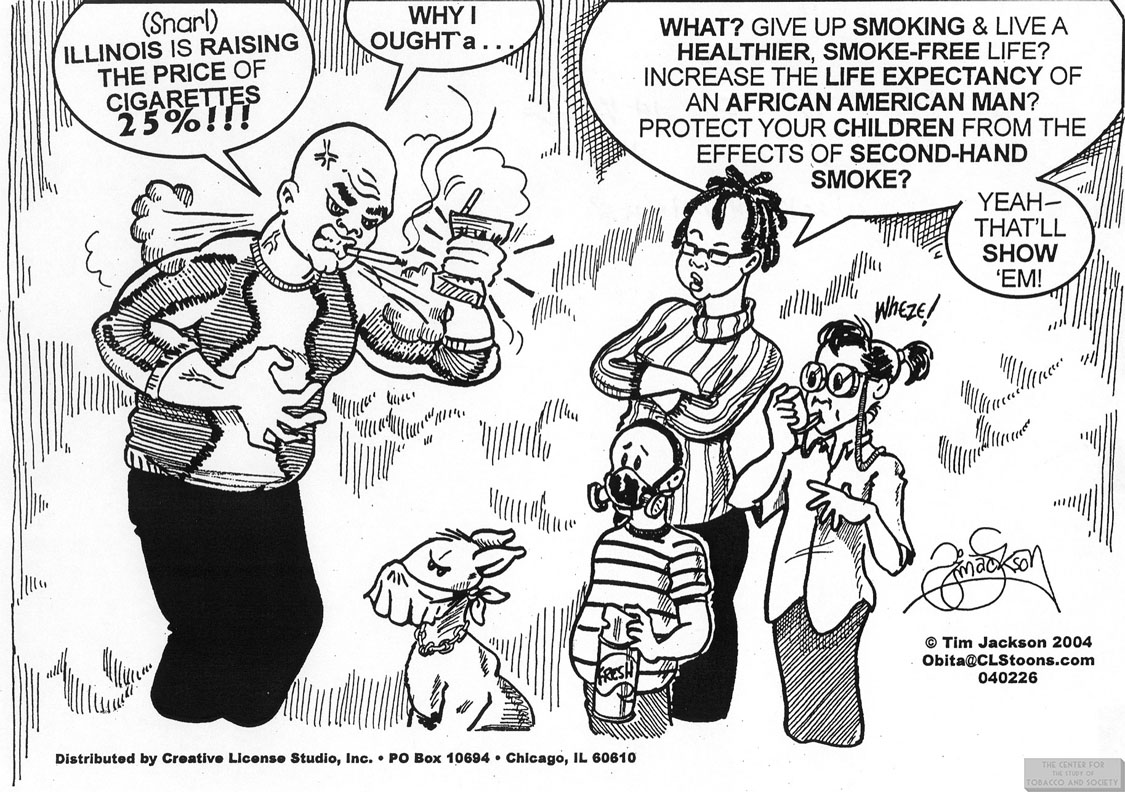 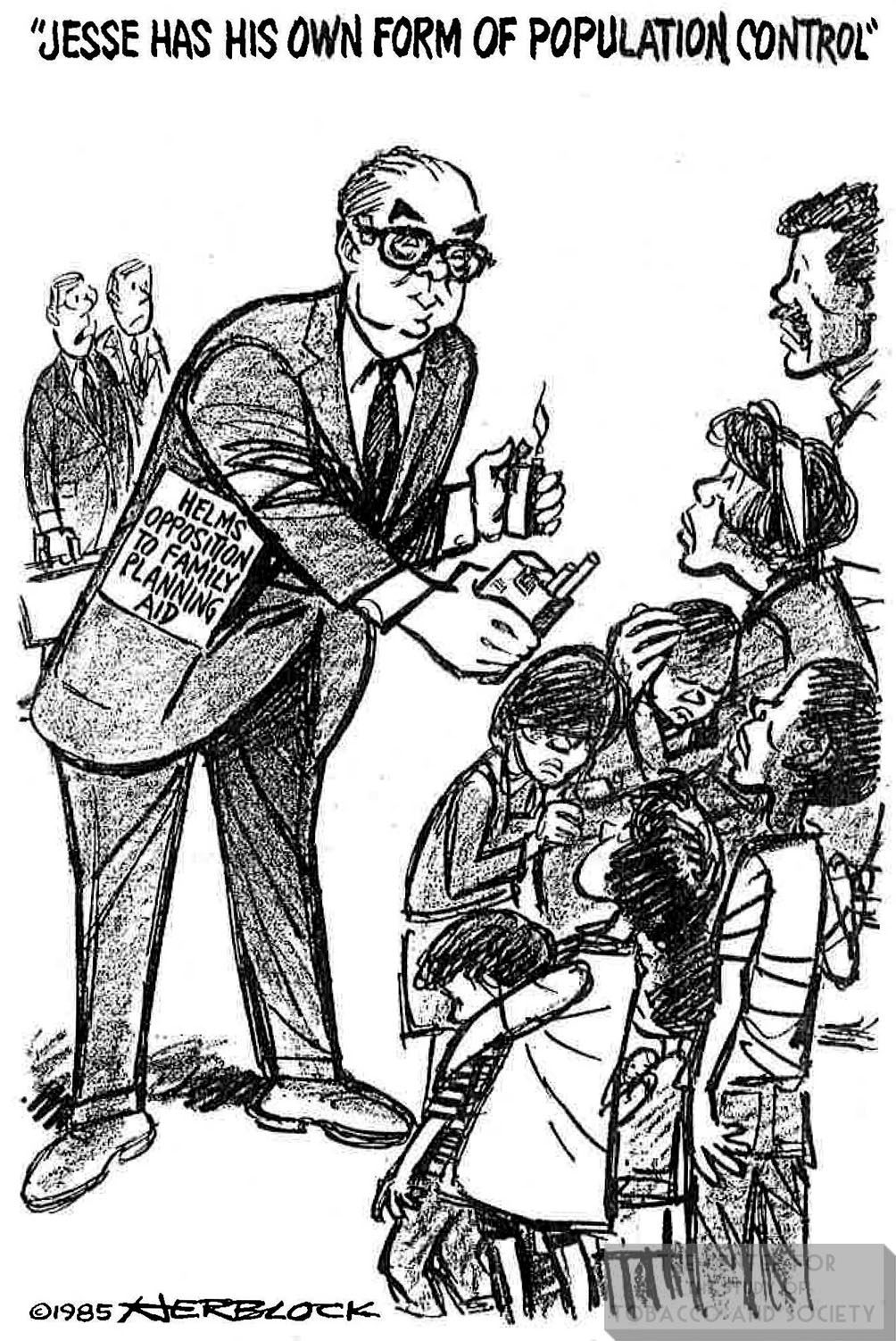 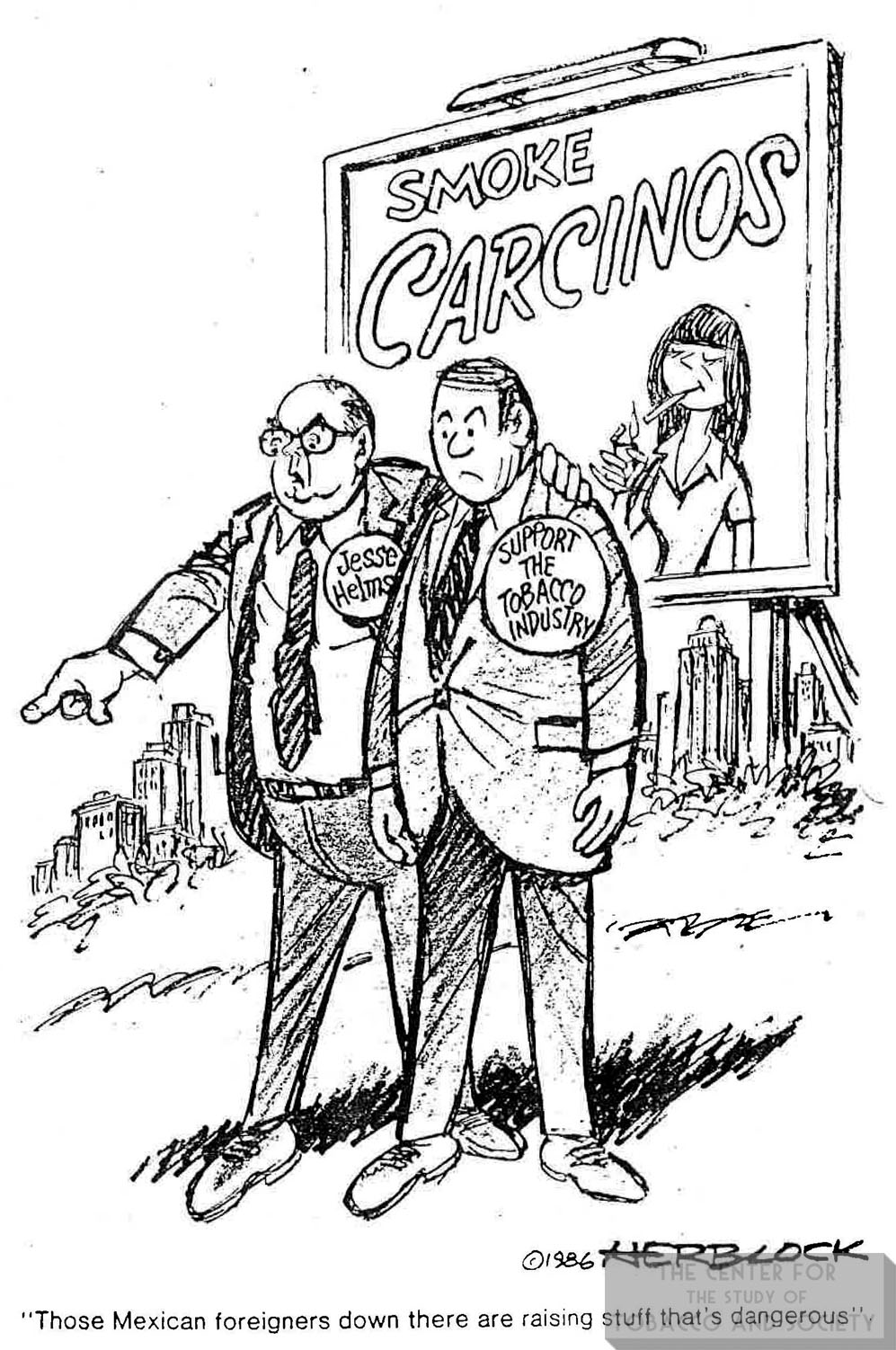 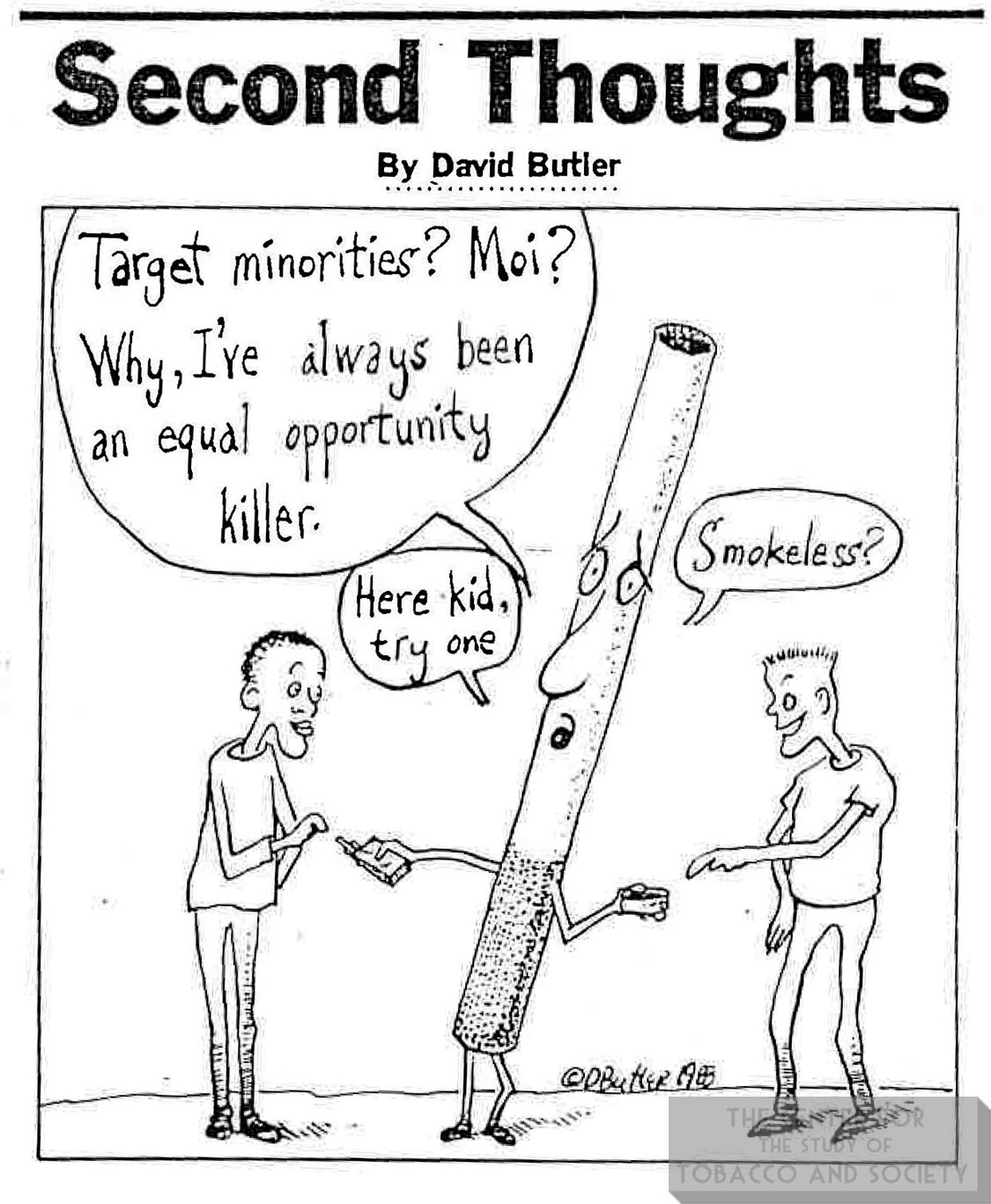 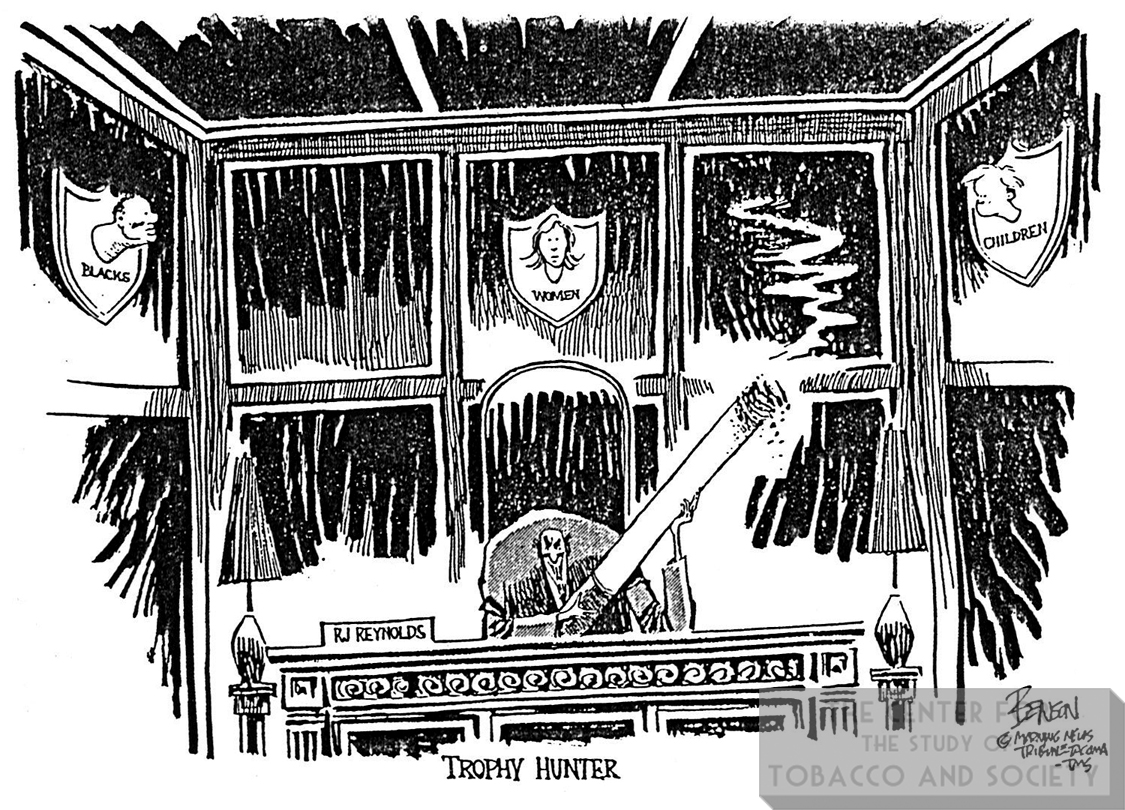