The AMA is one of many collaborators of the tobacco industry during the past several decades. But the association’s 14-year silence about the problems associated with tobacco use is matched by no other and represents arguably the most unholy alliance.

In recent years, the American Medical Association has received favorable publicity for its growing role in the public health effort to counteract tobacco use in the United States.

That America’s leading medical organization would take a stand against the leading preventable cause of death and disease as part of its mission to promote “the betterment of public health” should be a given. But the AMA’s involvement in anti-smoking efforts arguably evolved not from a genuine concern for public health but rather from public embarrassment. 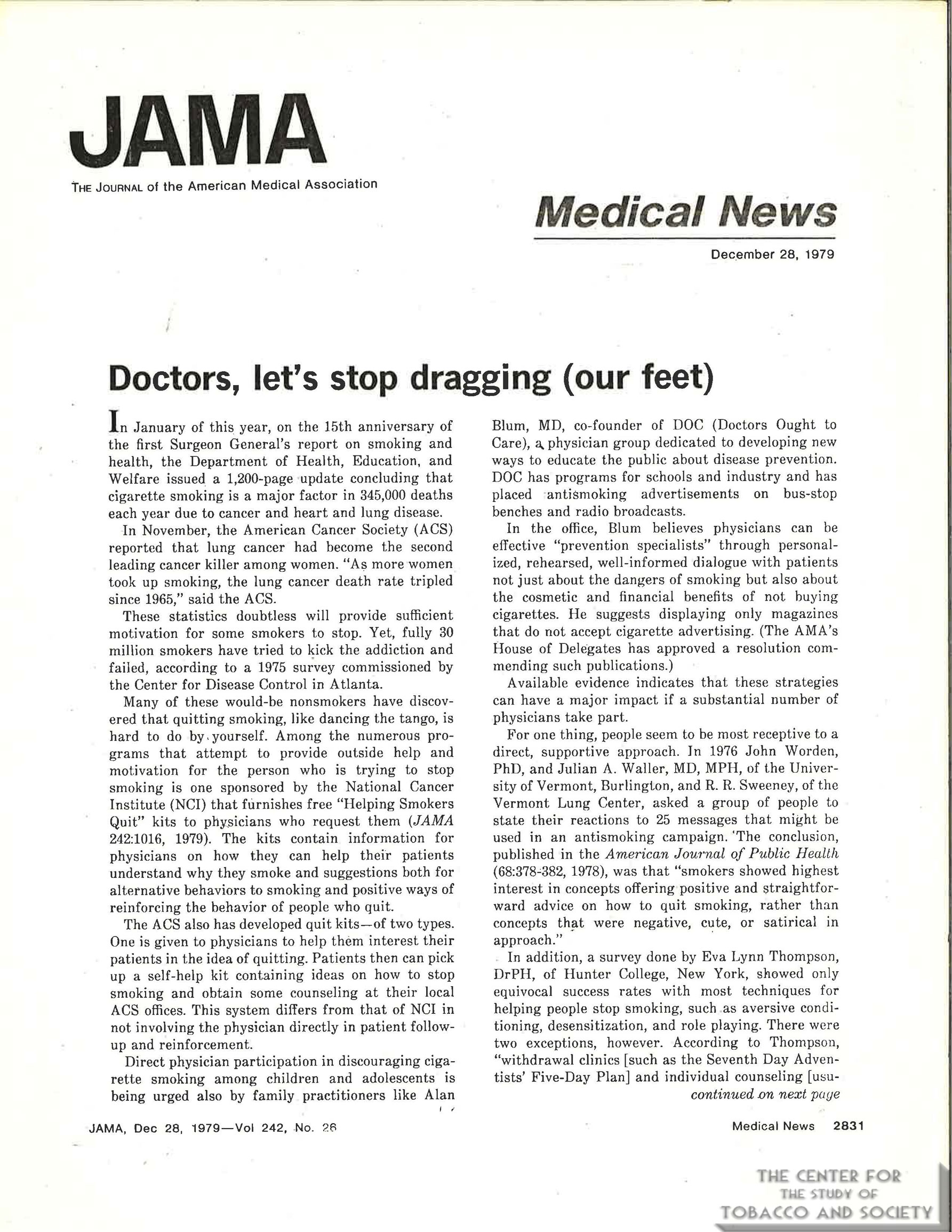 Journal article by William A. Check urging physicians to take a supportive, positive approach when discussing smoking cessation with patients
Journal of the American Medical Association, vol. 242, no. 26, pages 2831-32
December 28, 1979 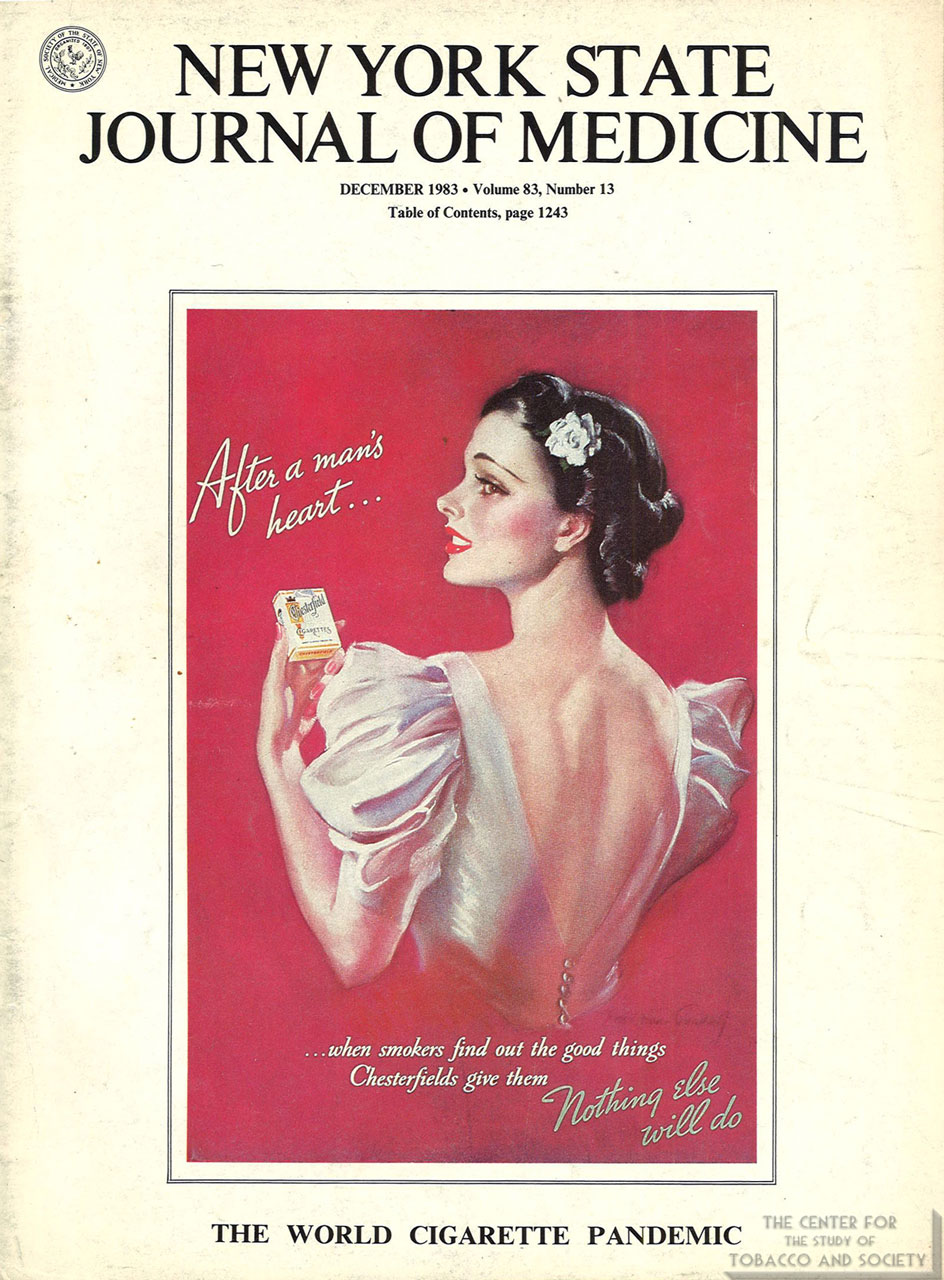 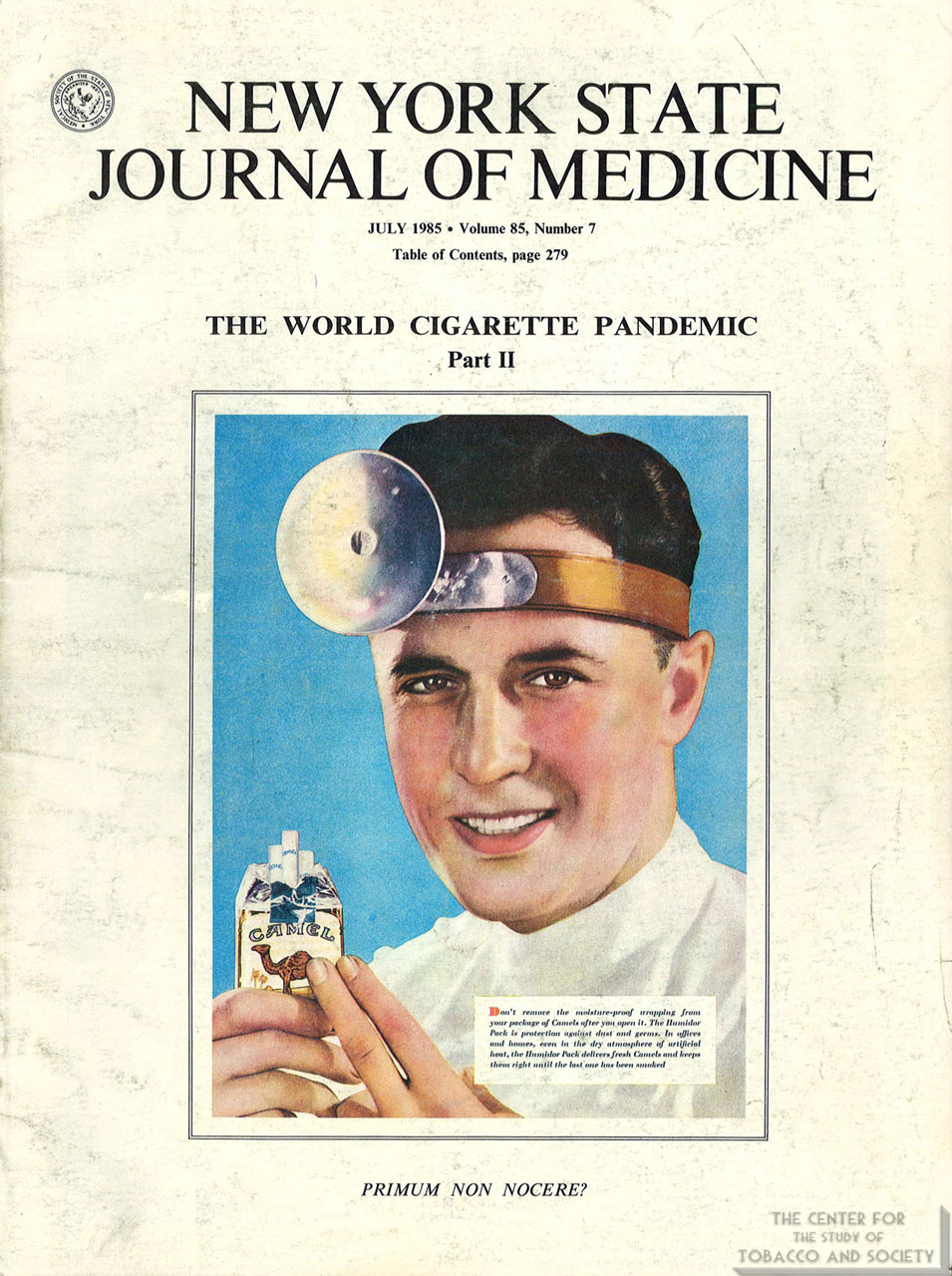 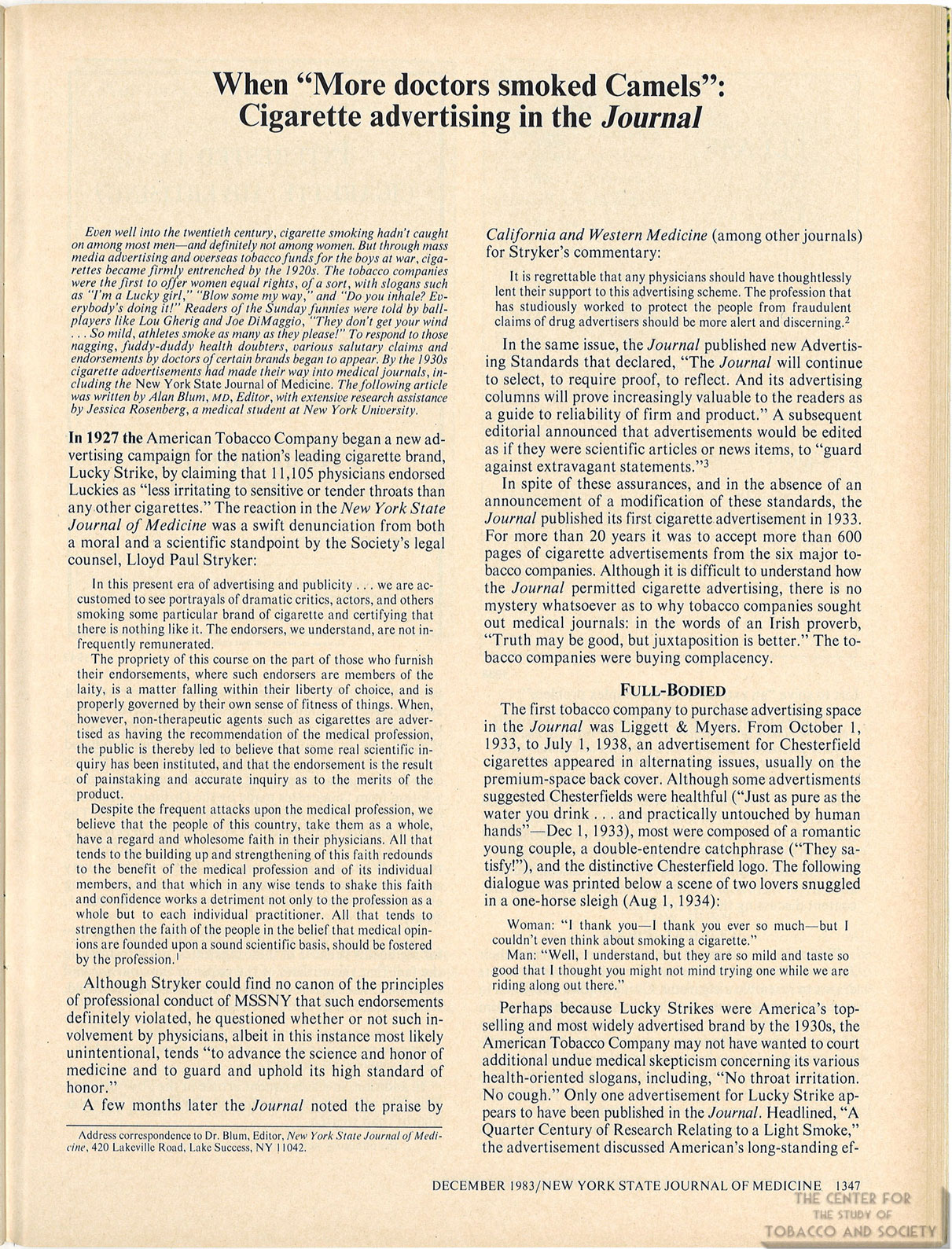 “When ‘More doctors smoked Camels’: Cigarette advertising in the Journal” 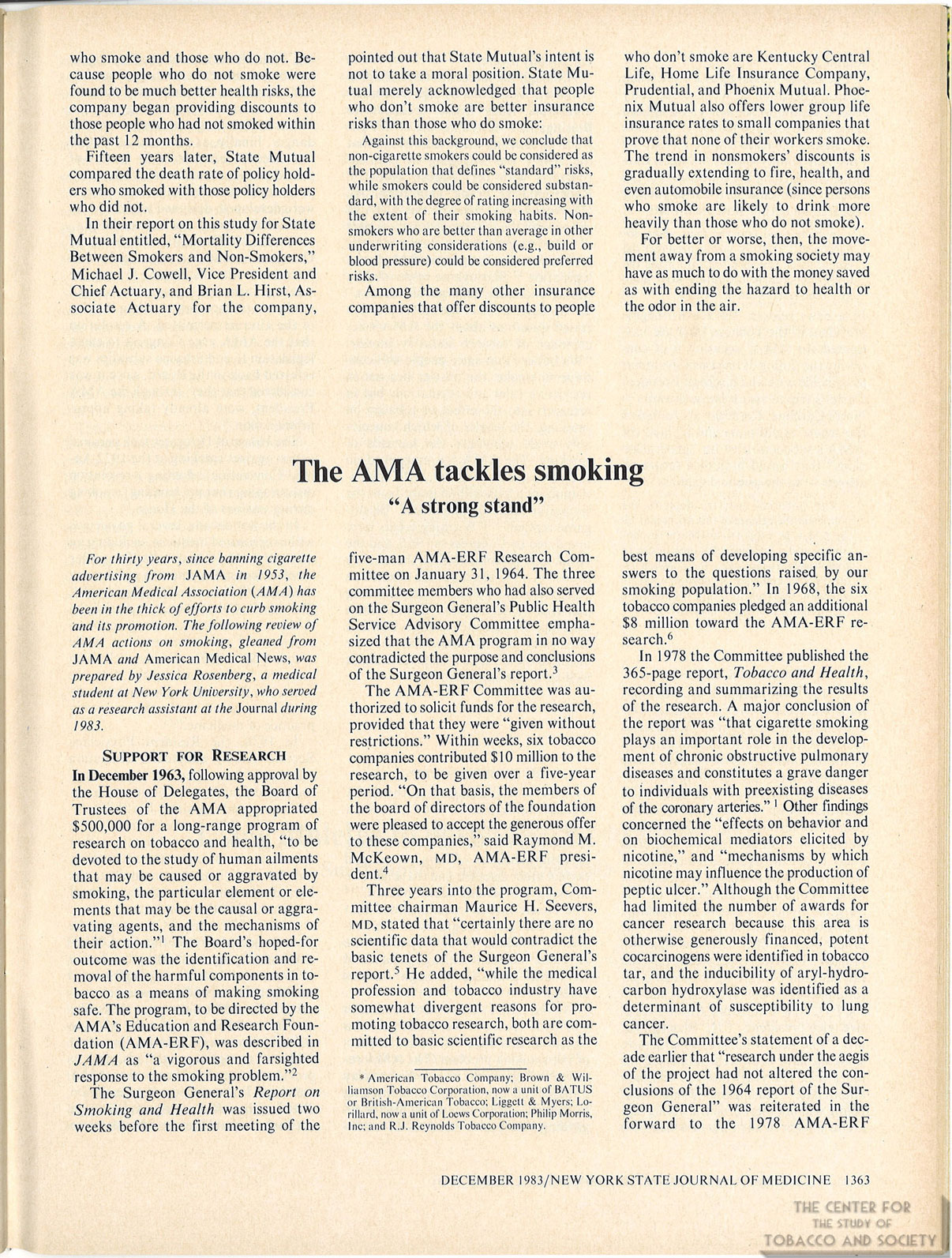 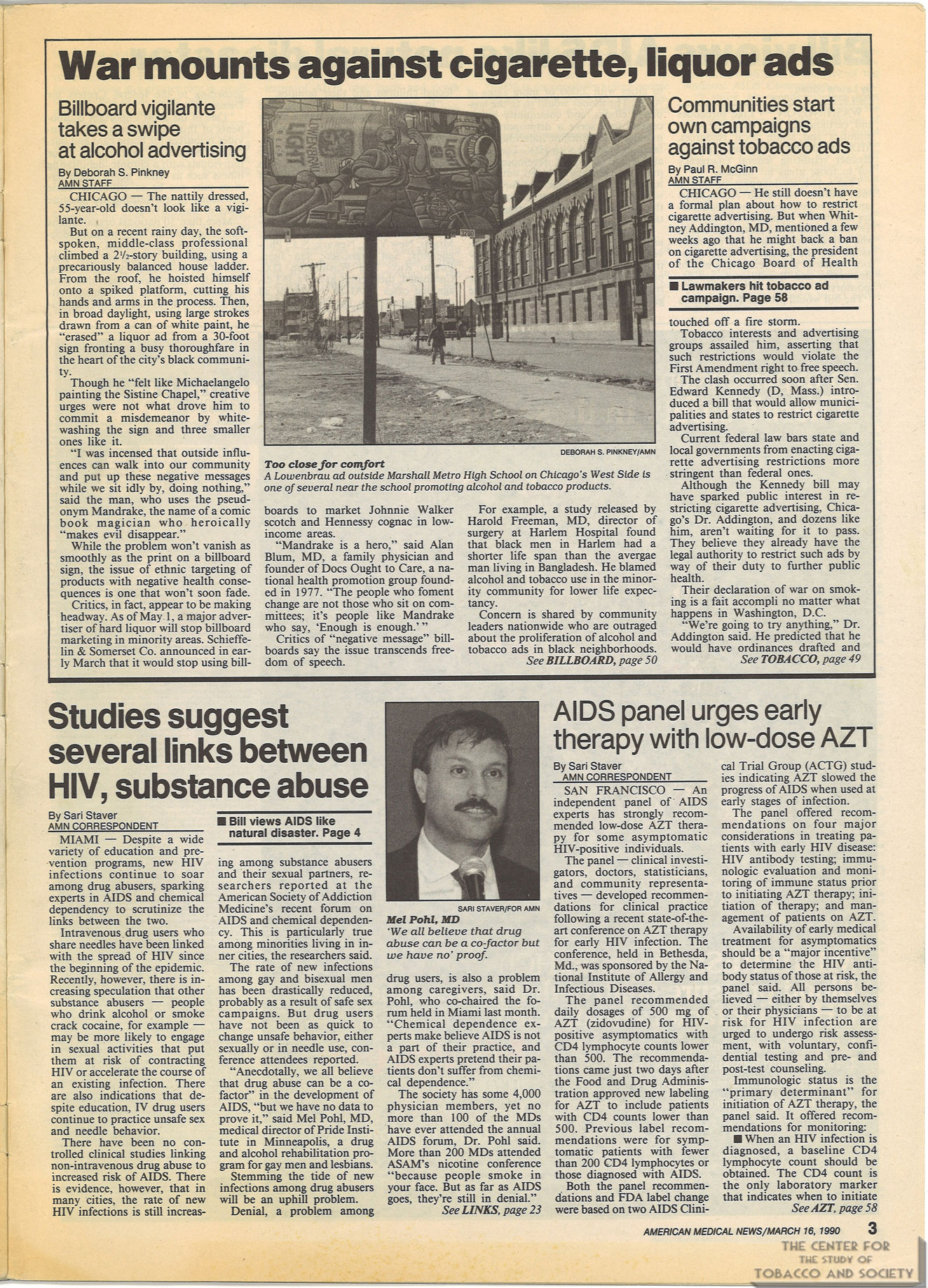 News article by Paul R. McGinn about how communities and physicians within those communities planned to take legislative action to restrict cigarette advertising and the opposing response by the tobacco industry
American Medical News, pages 3 and 49-50
March 16, 1990 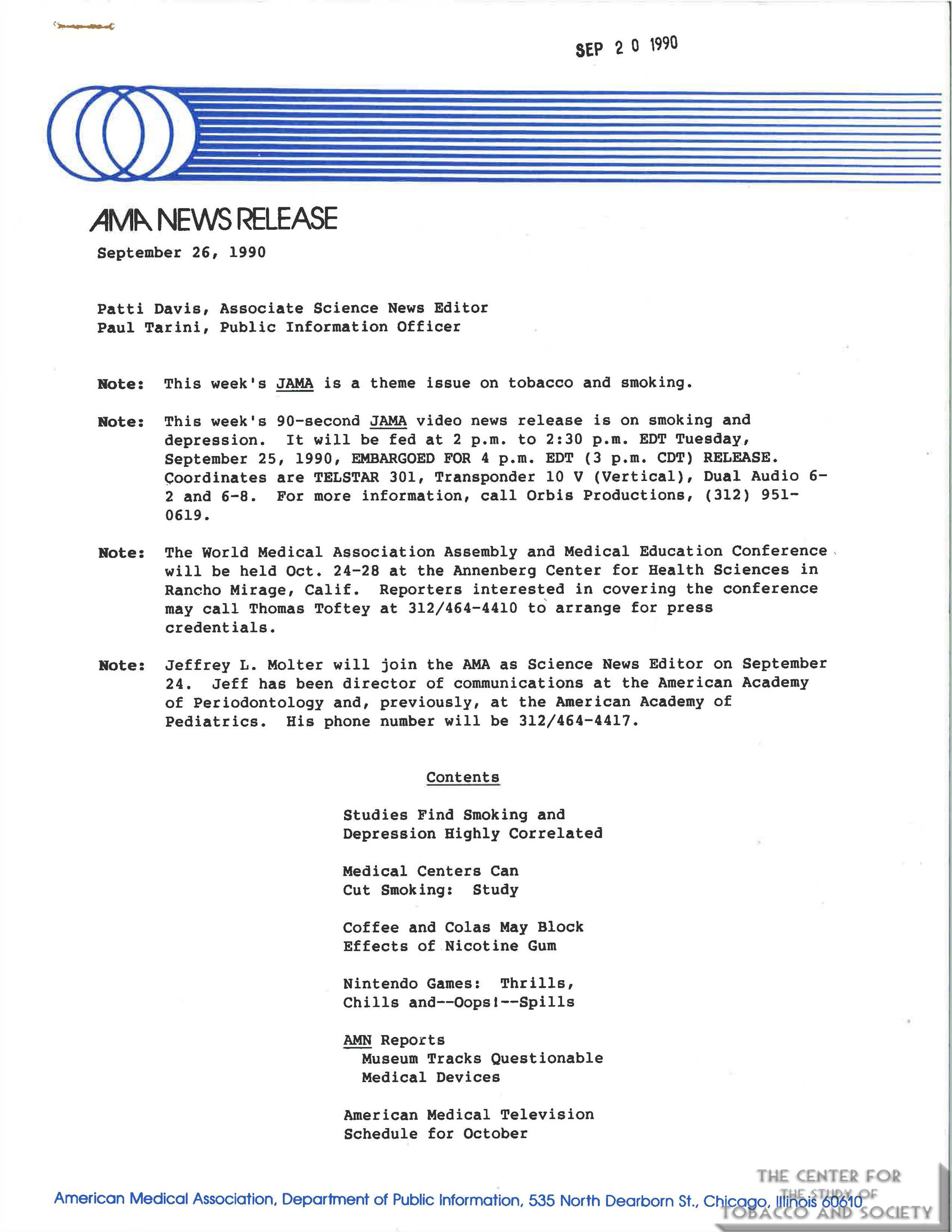 “This week’s JAMA is a theme issue on tobacco and smoking.”

AMA news release about the contents of the Journal of the American Medical Association, vol. 264, no. 12
September 26, 1990 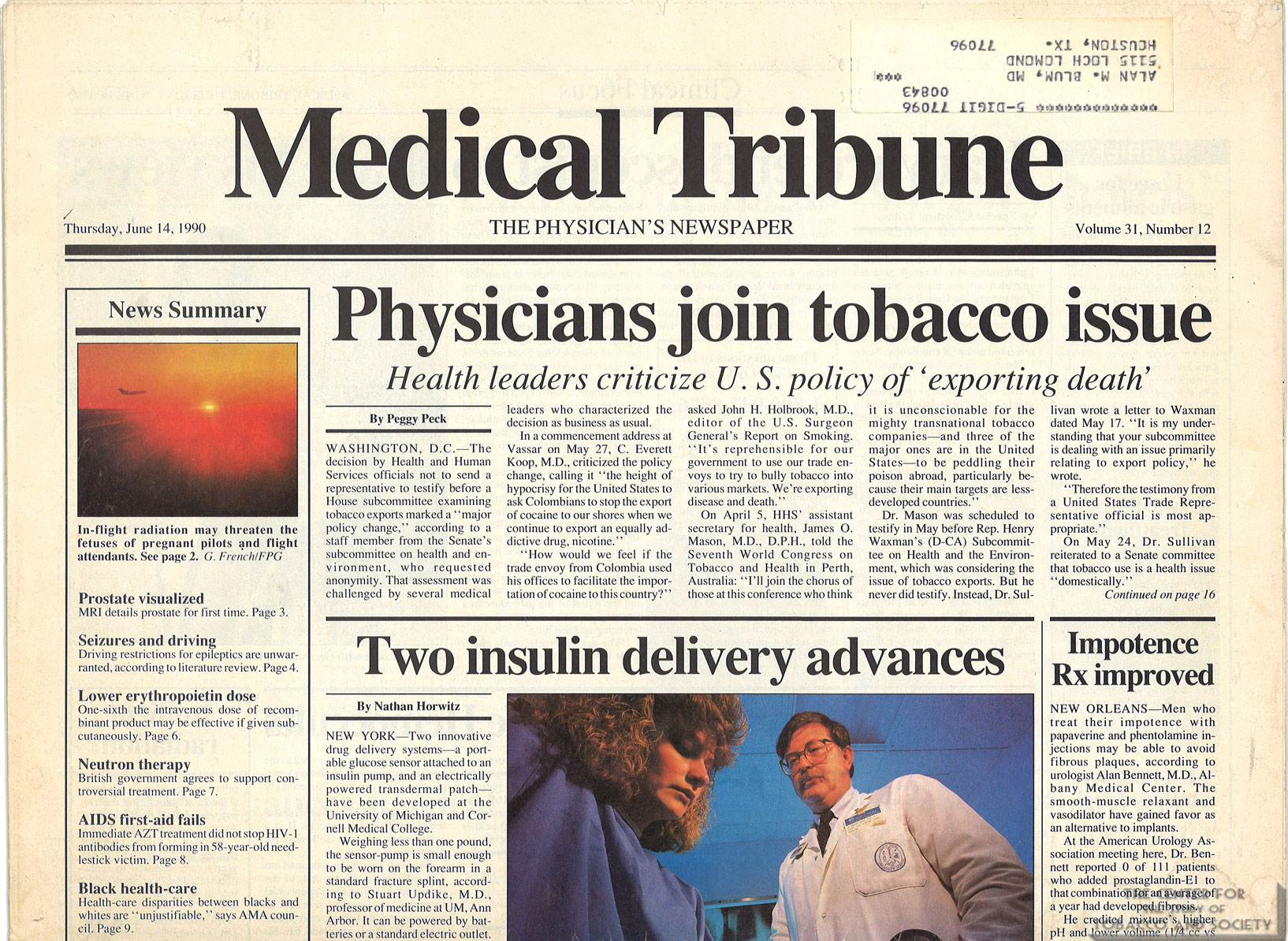 News article by Peggy Peck about the decision by officials from the U.S. Department of Health and Human Services not to testify before the U.S. Senate Subcommittee on Health and the Environment on the subject of tobacco exports
Medical Tribune, vol. 31, no. 12, pages 1 and 16
June 14, 1990 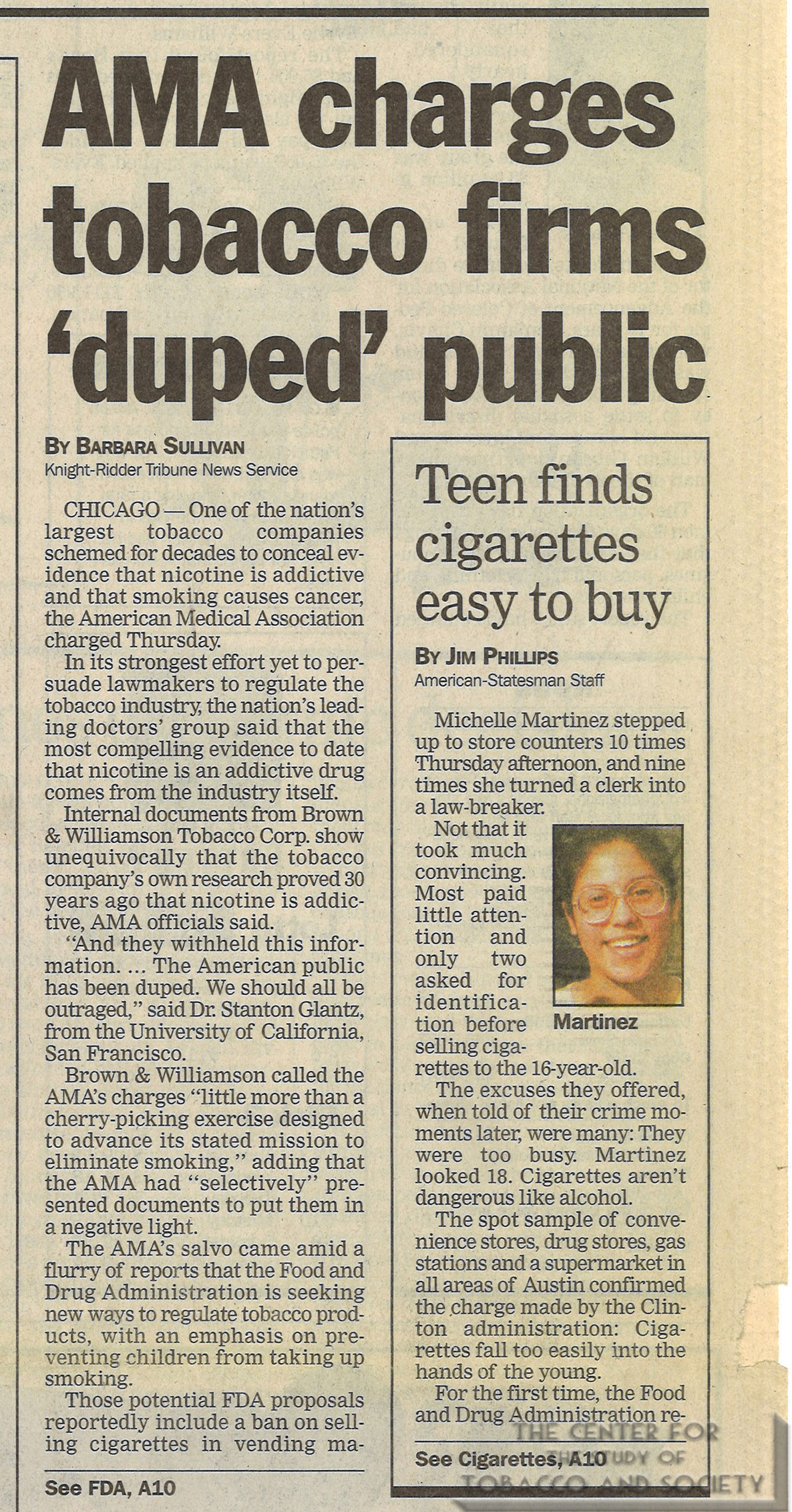 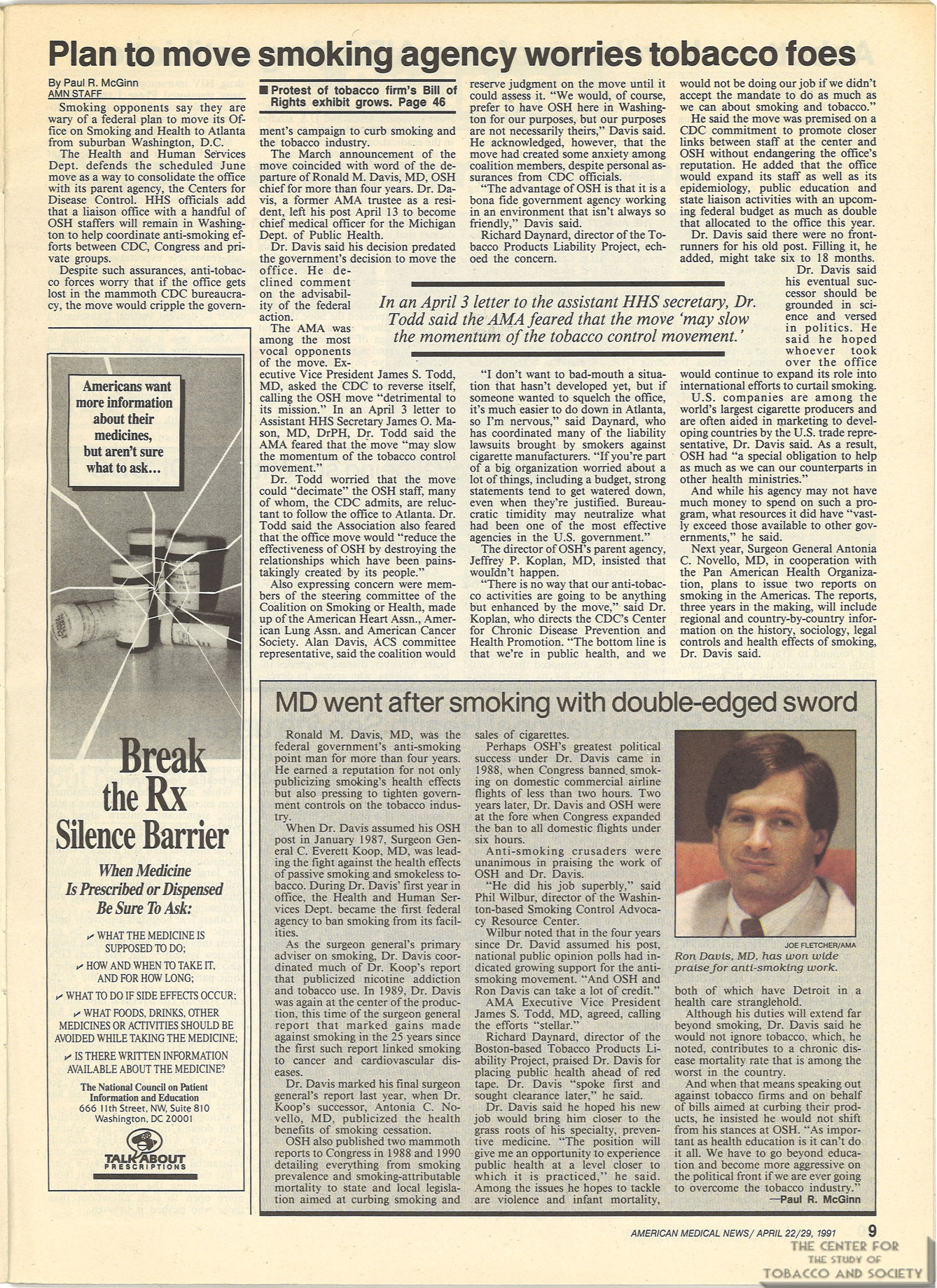 News article by Paul R. McGinn about opposition by AMA members to a plan to move the Office on Smoking and Health (OSH) from Washington, DC, to Atlanta, Georgia, location of the Centers for Disease Control (CDC); the concern was that the effectiveness of the OSH would become lost in the gigantic CDC bureaucracy, thereby slowing the momentum of efforts to curb smoking and the tobacco industry
American Medical News, page 9
April 22/29, 1991 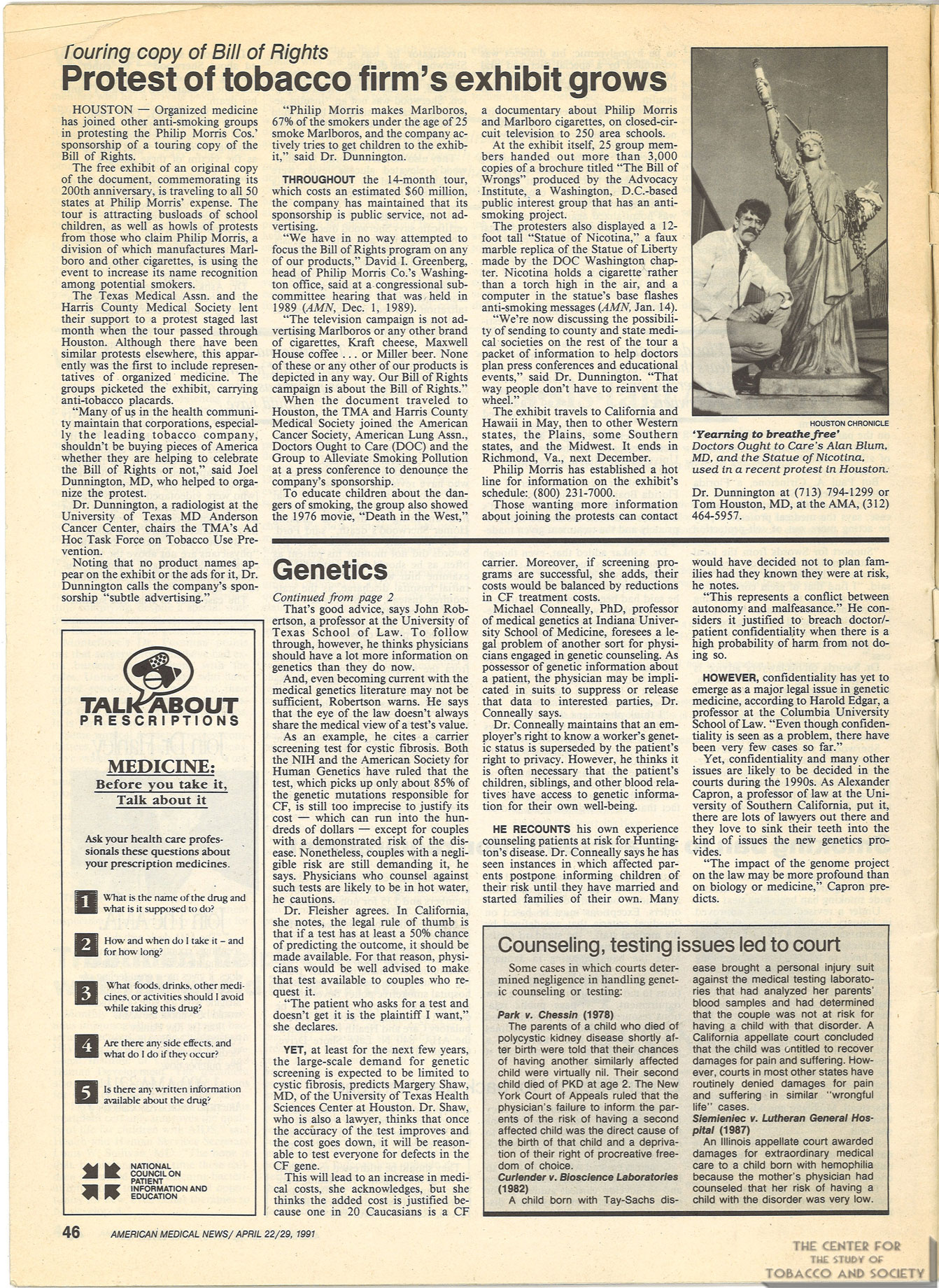 News article about how physicians both joined, organized, and led protests against a 200th anniversary tour of a copy of the U.S. Bill of Rights, sponsored by cigarette company Philip Morris
American Medical News, page 46
April 22/29, 1991 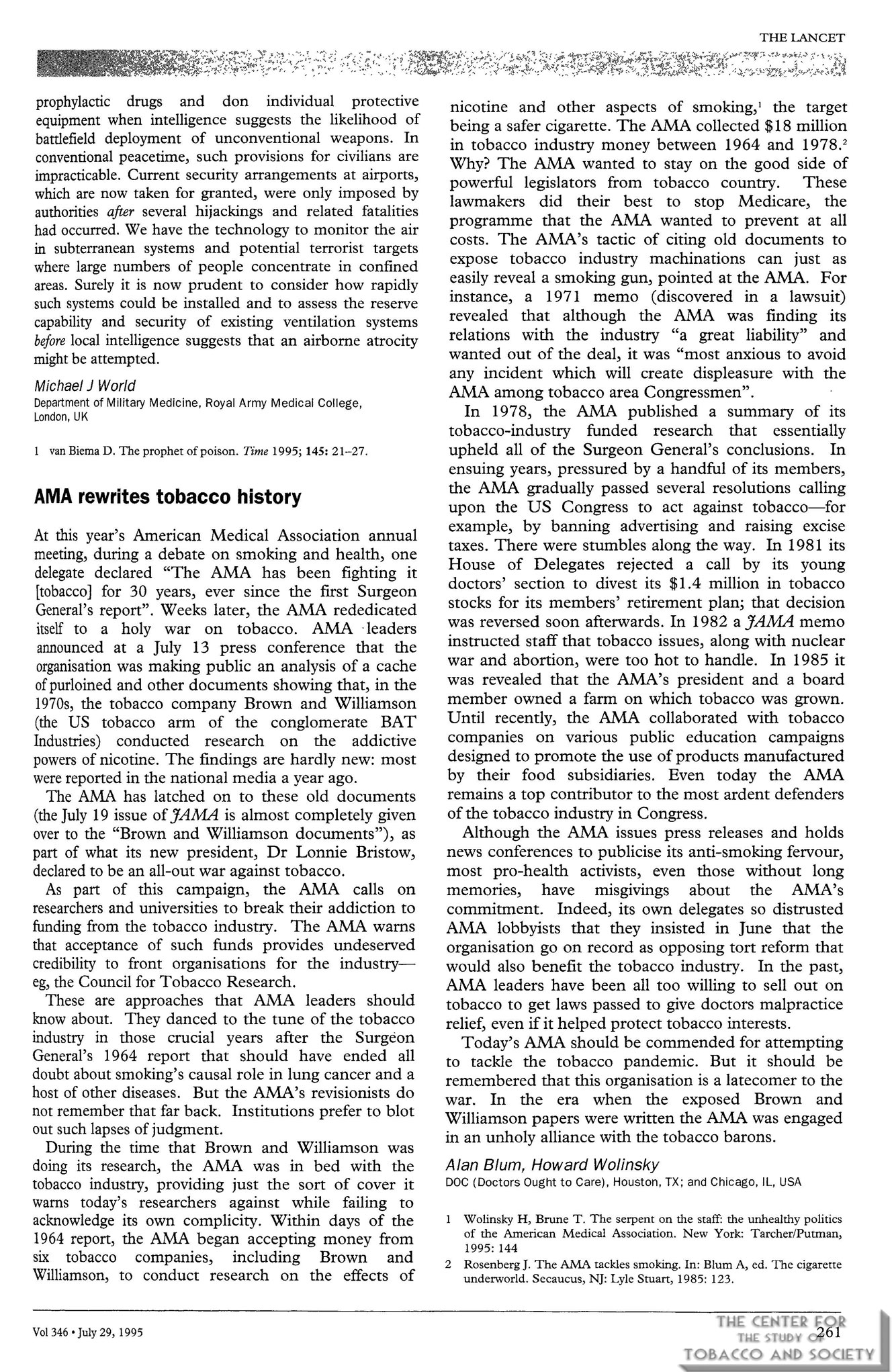 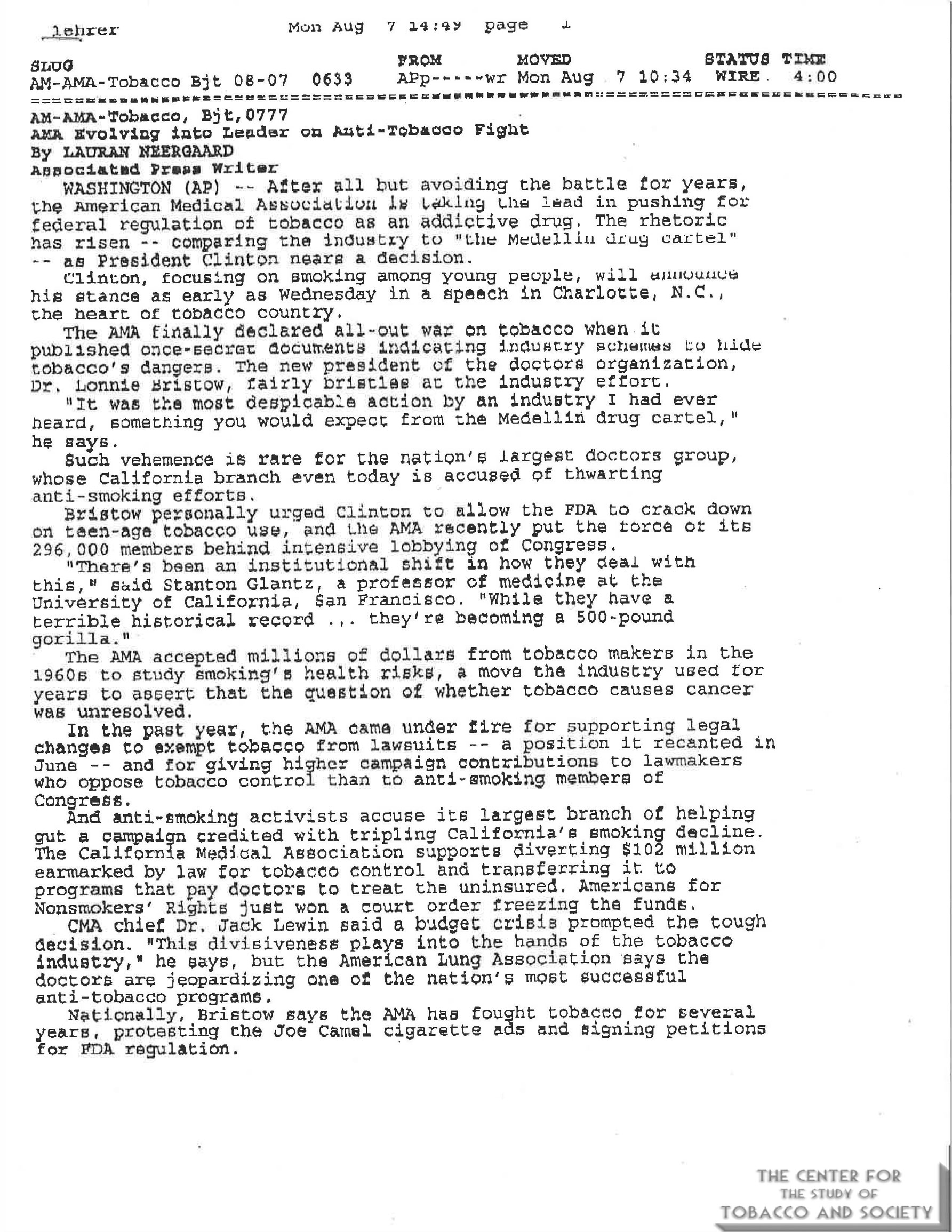 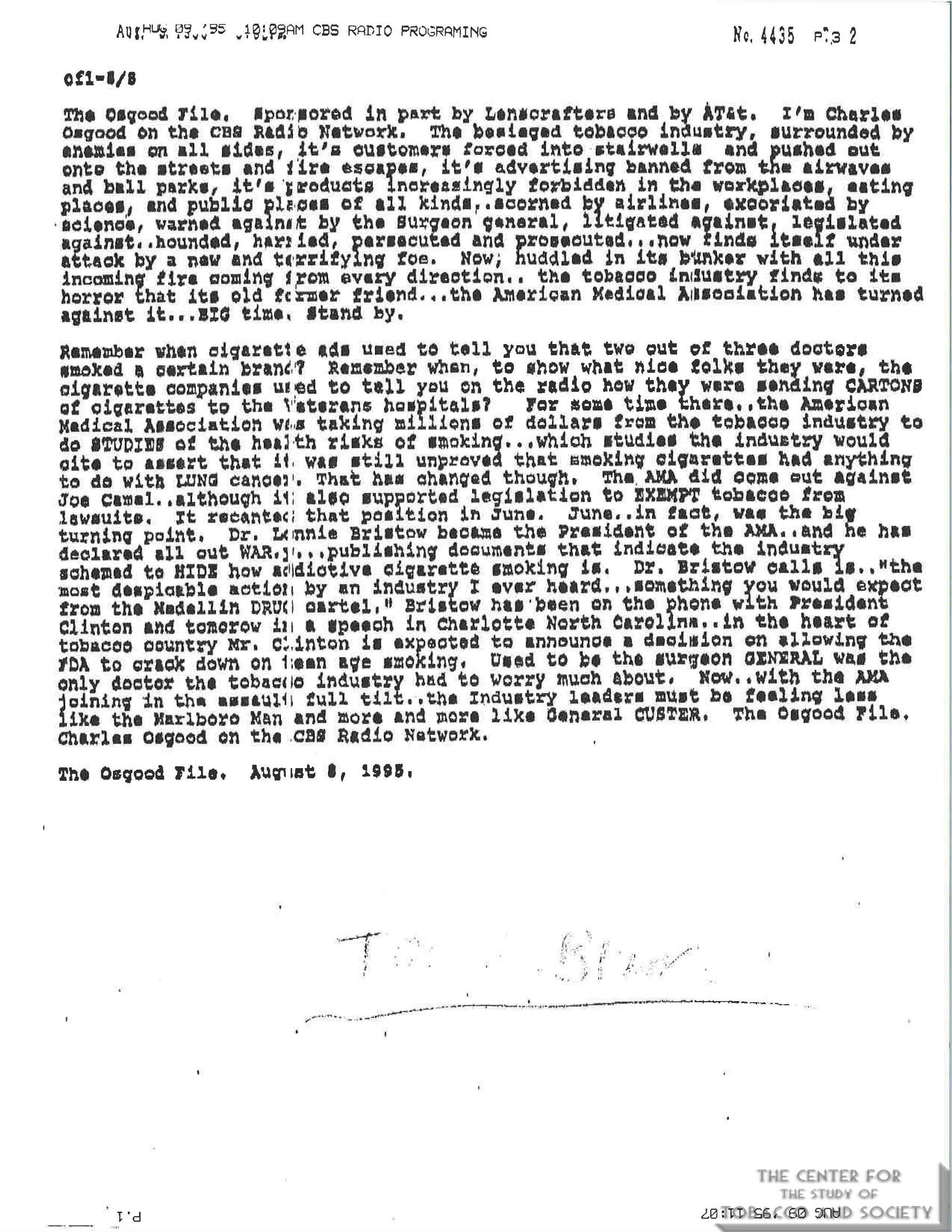 “[T]he American Medical Association has turned against [the tobacco industry]…” 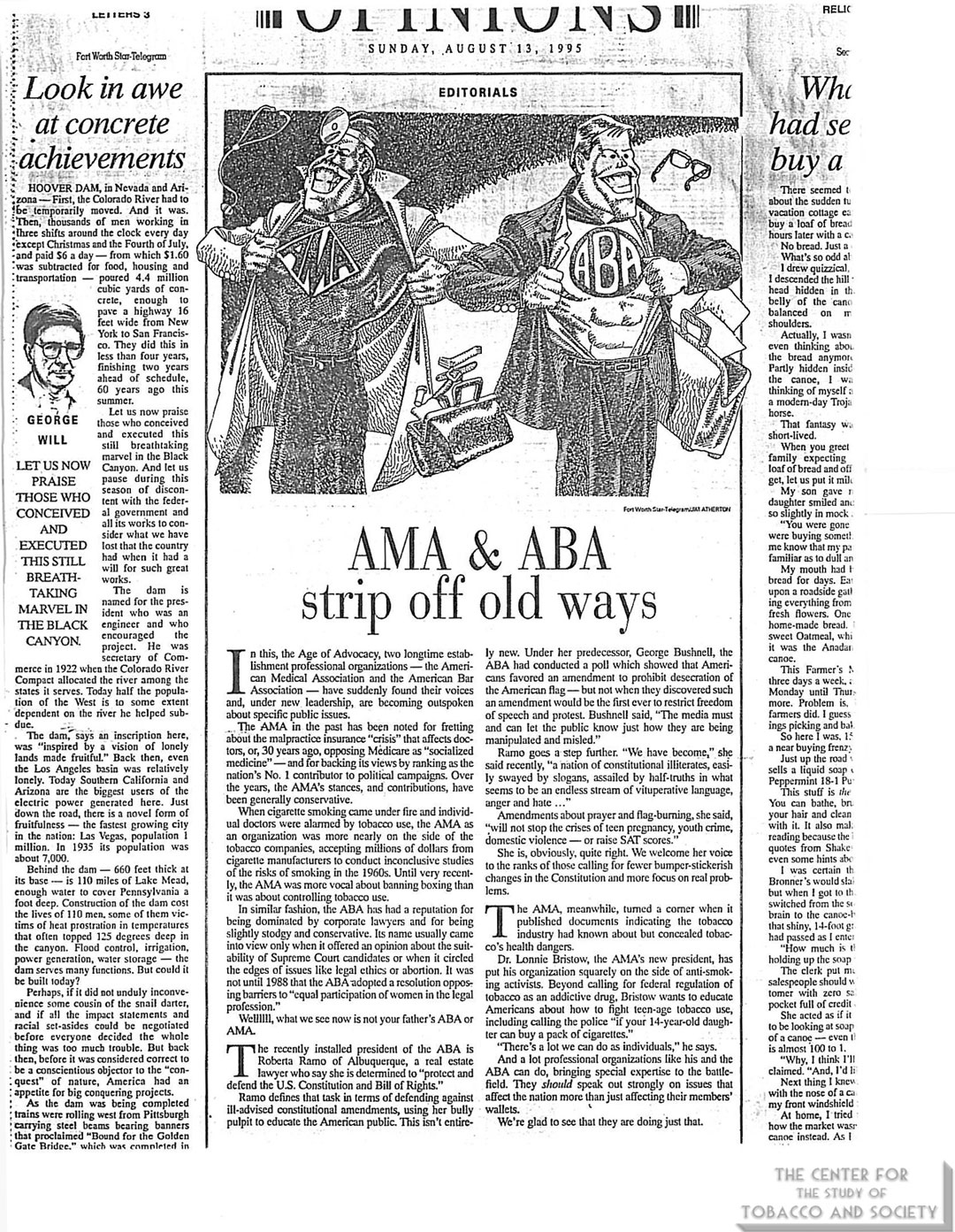 Editorial about how the American Medical Association altered its position from ally of the tobacco industry to foe
Fort Worth Star-Telegram
August 13, 1995 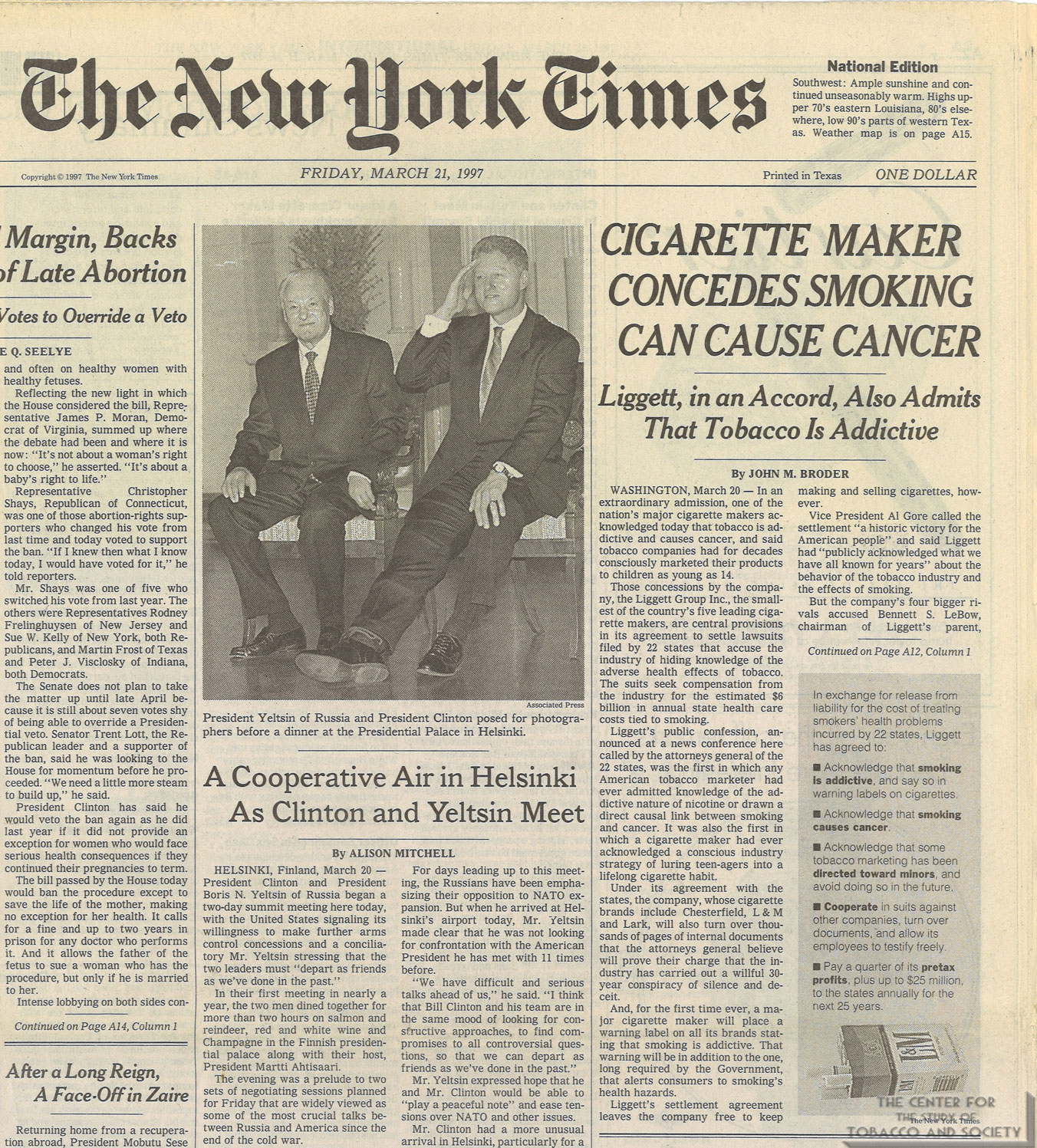 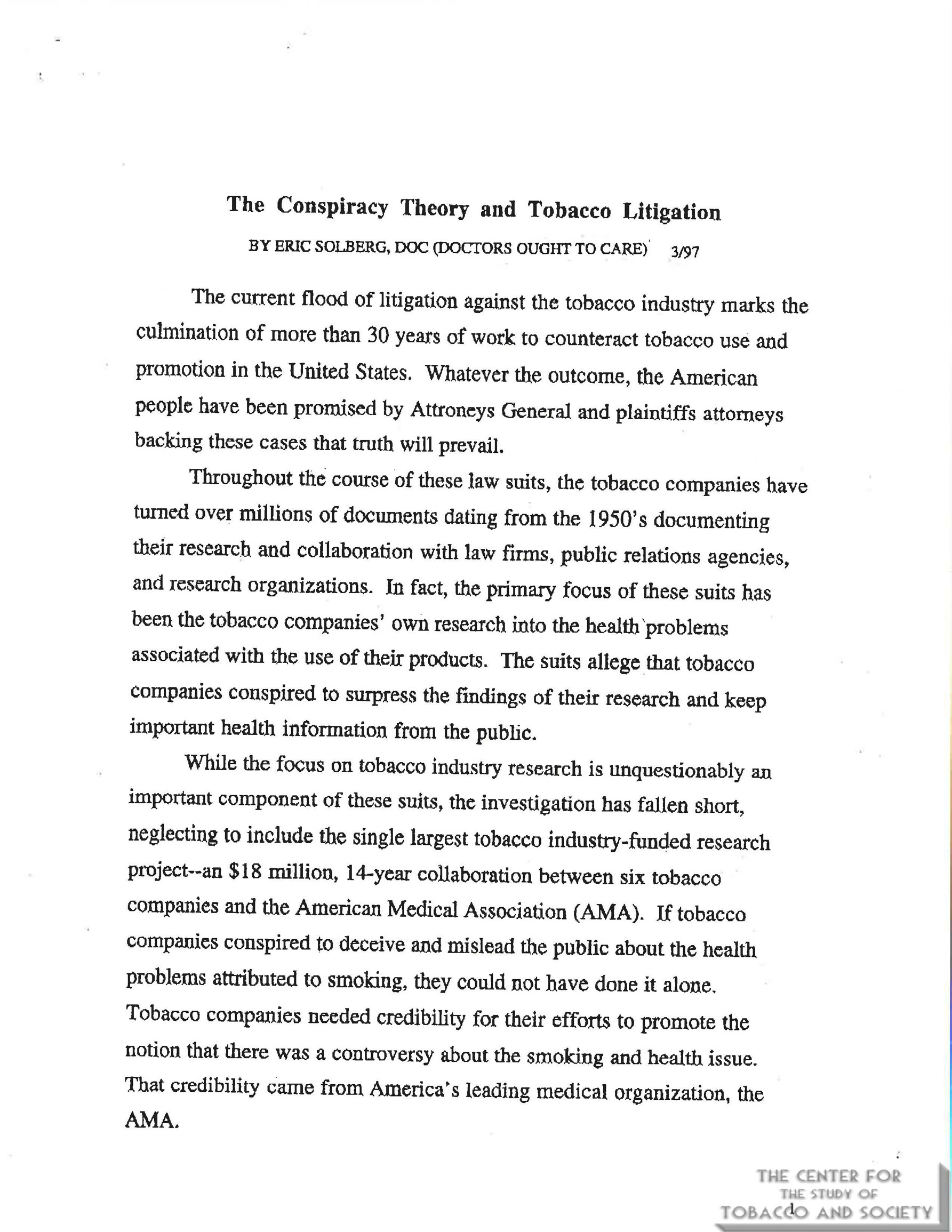 “The Conspiracy Theory and Tobacco Litigation” 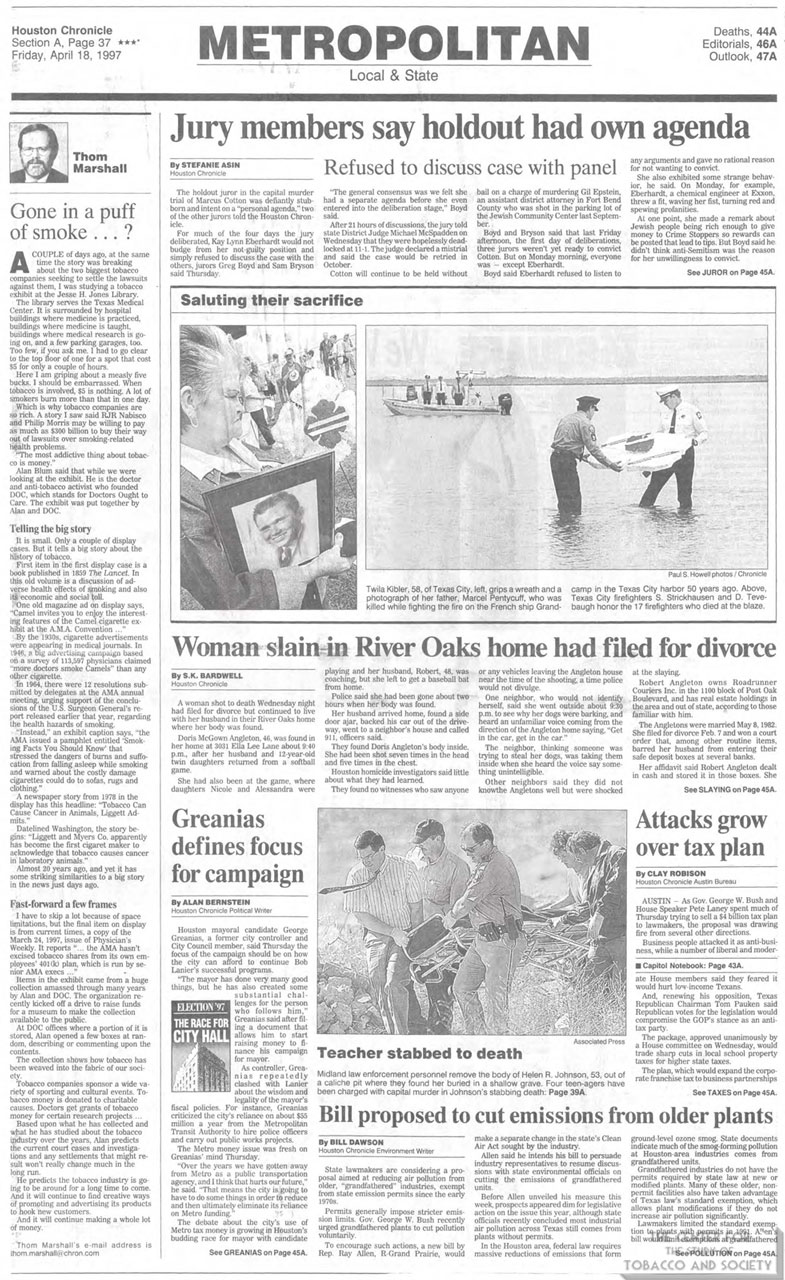 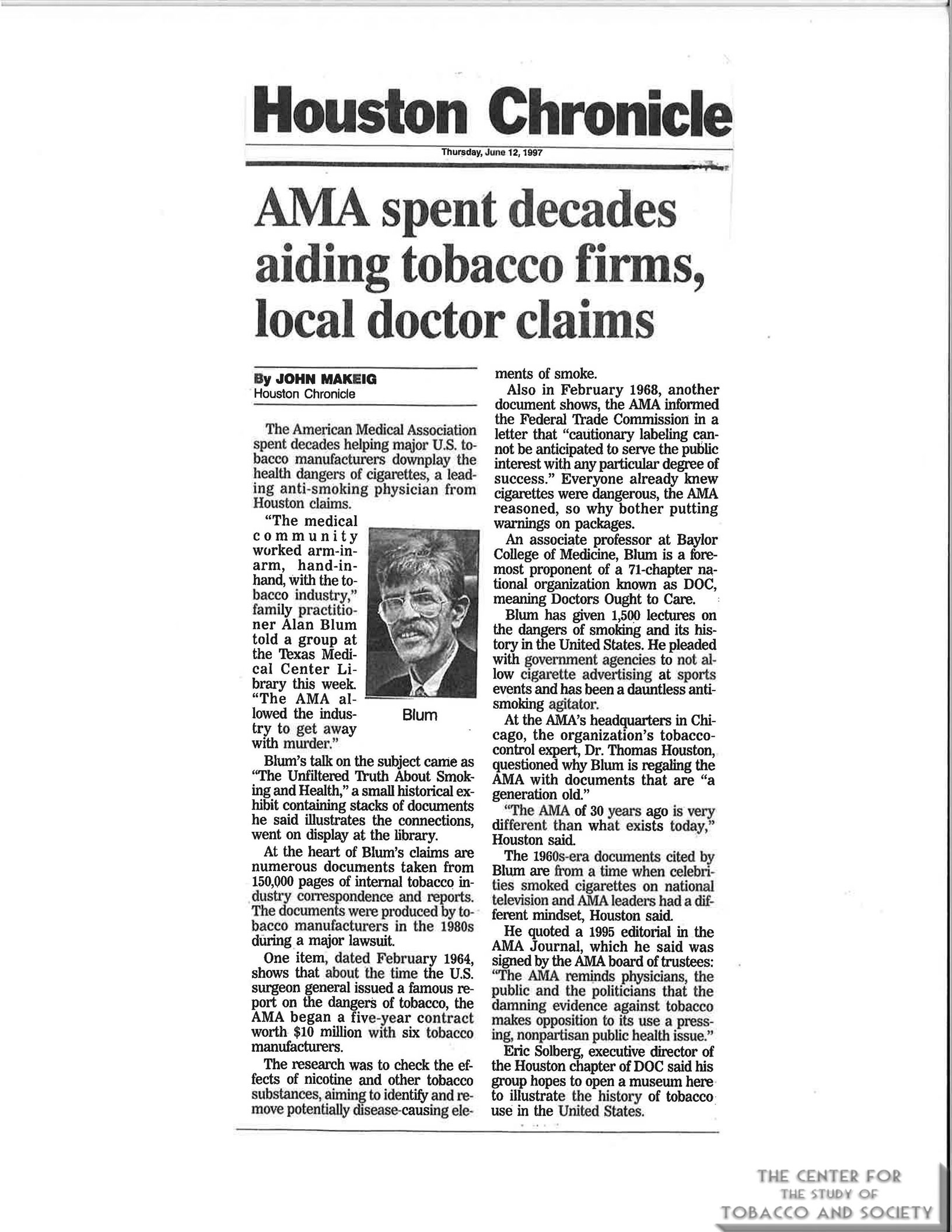