After 14 Years, AMA Admits the Surgeon General Was Right After All

After receiving a total of $18 million from tobacco companies and remaining virtually silent on the smoking and health issue for 14 years, the AMA finally acknowledged the health problems associated with cigarettes that had been previously described in the 1964 Surgeon General’s Report. In 1978, the AMA released its report entitled Tobacco and Health in which the organization expressed gratitude to the six tobacco companies for their funding of the AMA’s research between 1964 and 1973. Of the 795 research grants made by the AMA, 247 went to members of the AMA’s own committee or to their institutions. 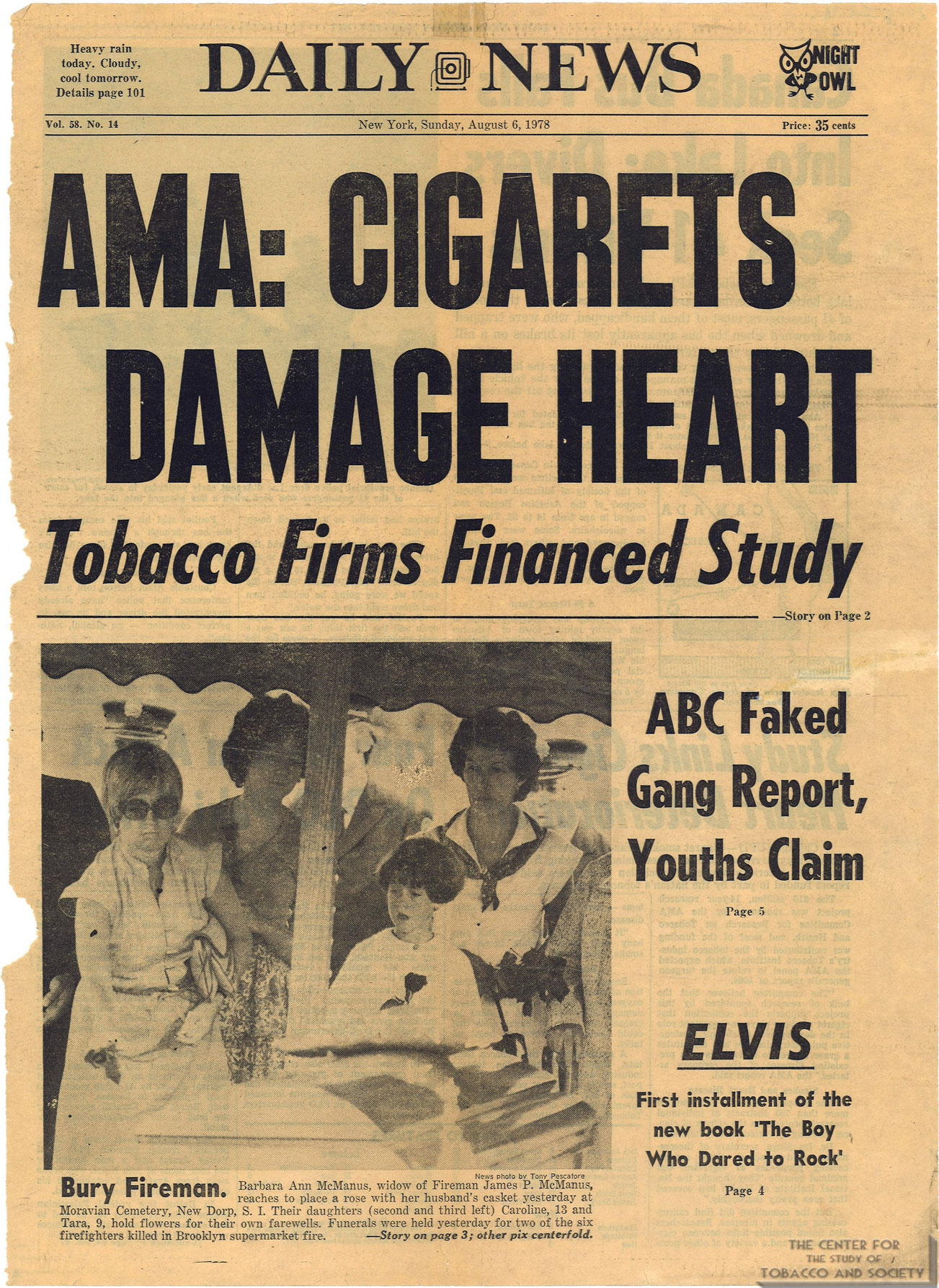 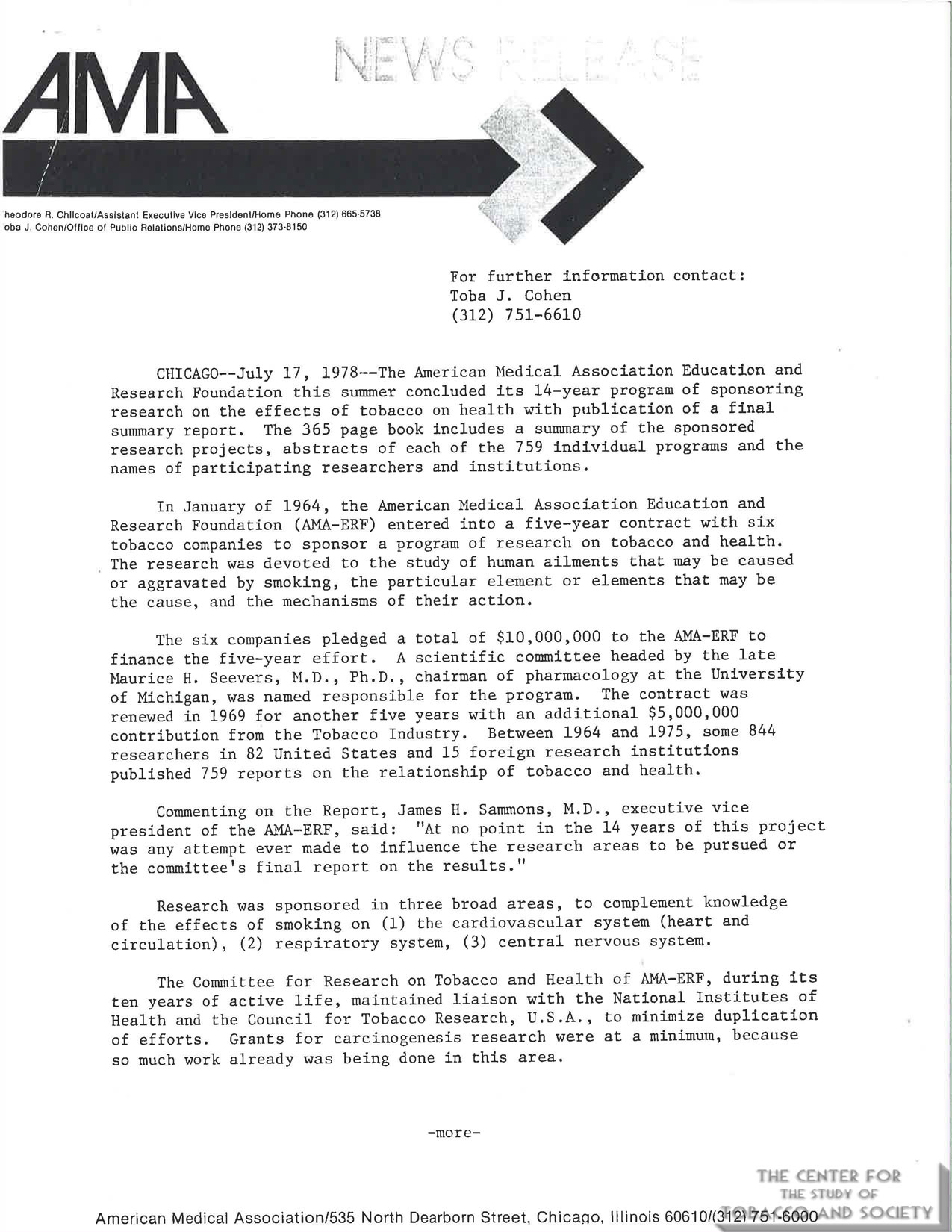 AMA news release about the publication of its report entitled Tobacco and Health
July 17, 1978 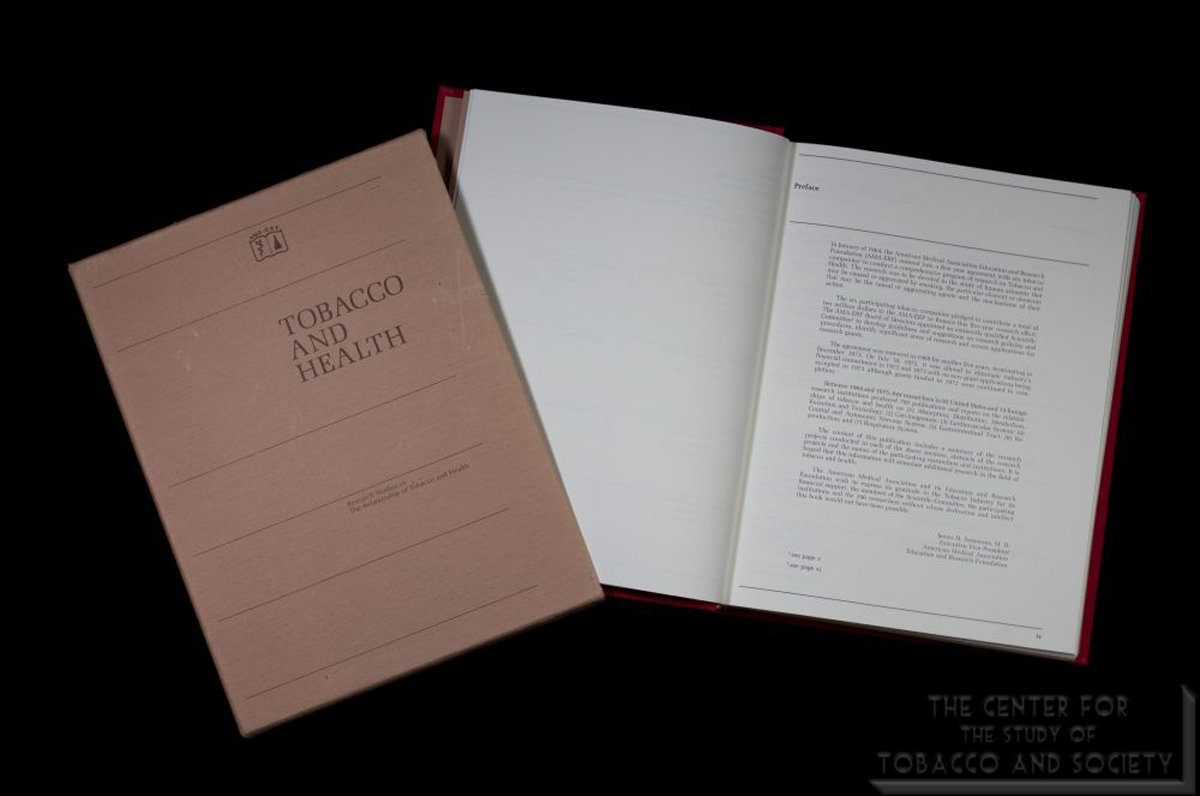