By 1942, the major cigarette manufacturers, including R. J. Reynolds, P. Lorillard, Brown & Williamson, and Philip Morris, were exhibitors at major medical meetings, notably the annual convention of the American Medical Association (AMA).
Cigarette companies were sponsors of most state medical society annual meetings until well into the 1960s.  Physicians attending the annual convention of the Kentucky Medical Association were given cartons of camel Cigarettes until the mid-1980s. 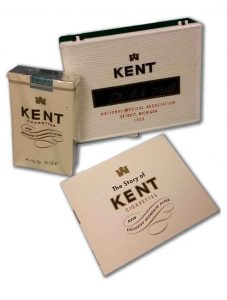 Promotional items given to doctors at the annual meeting of the National Medical Association in Detroit, Michigan
1959 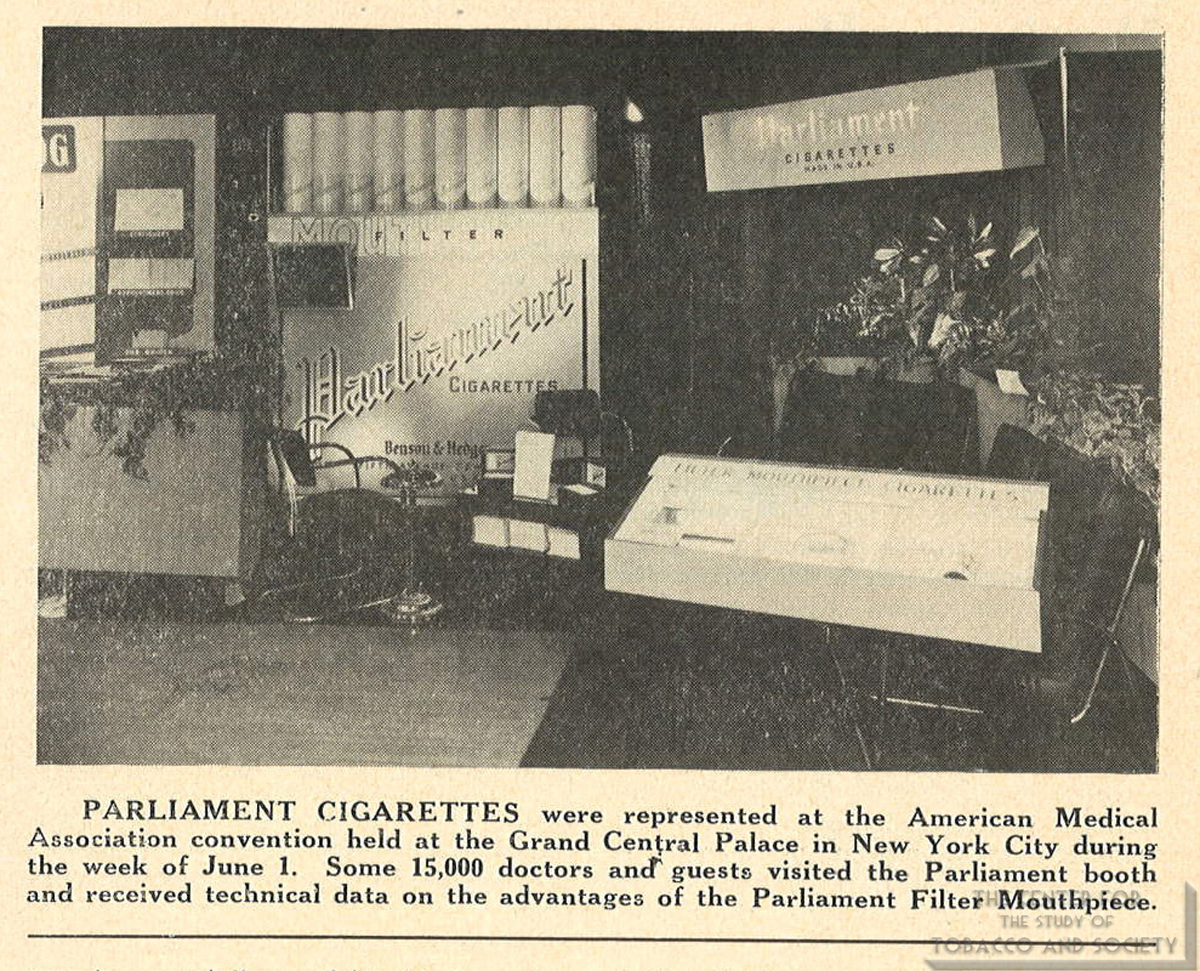 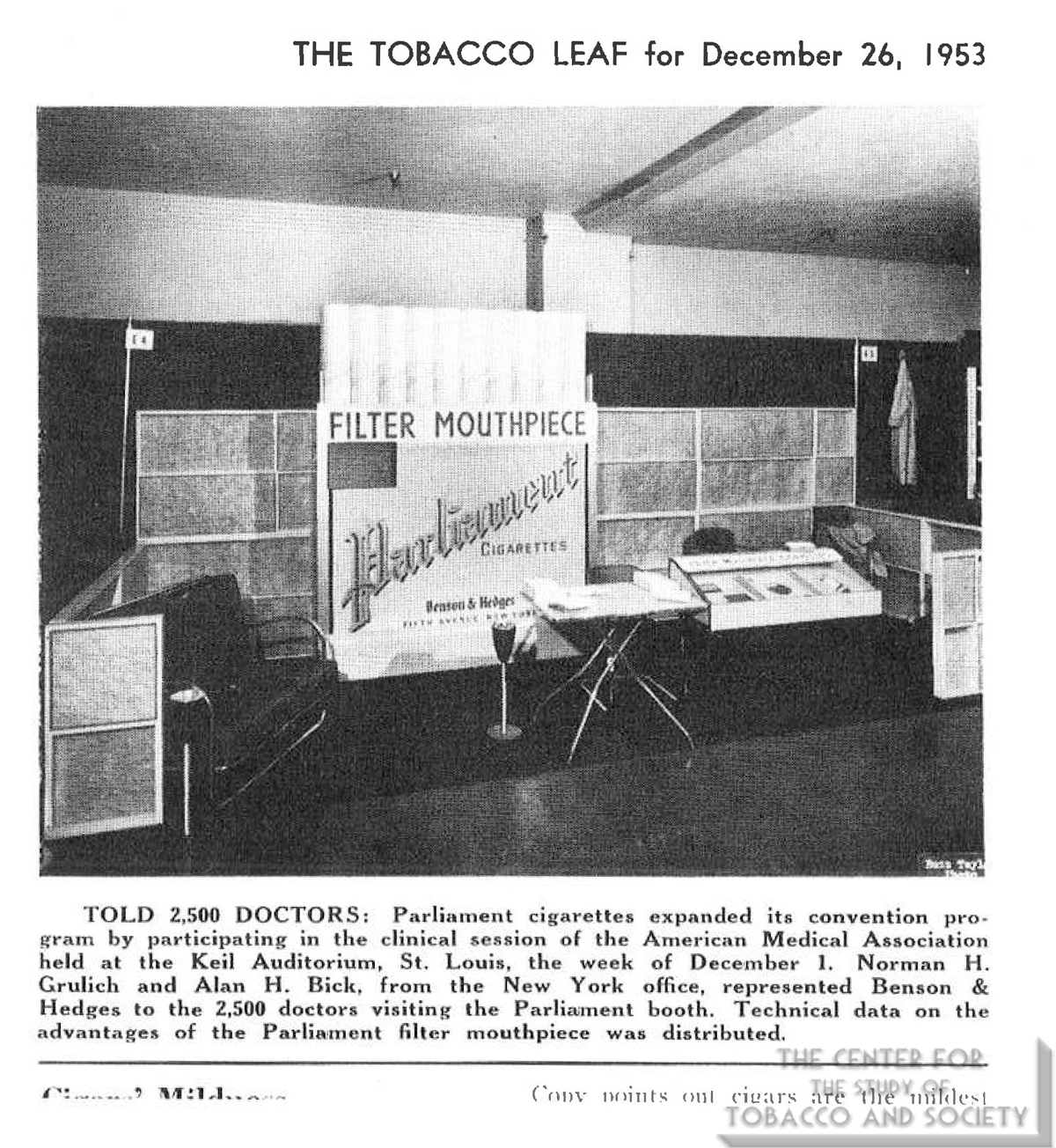 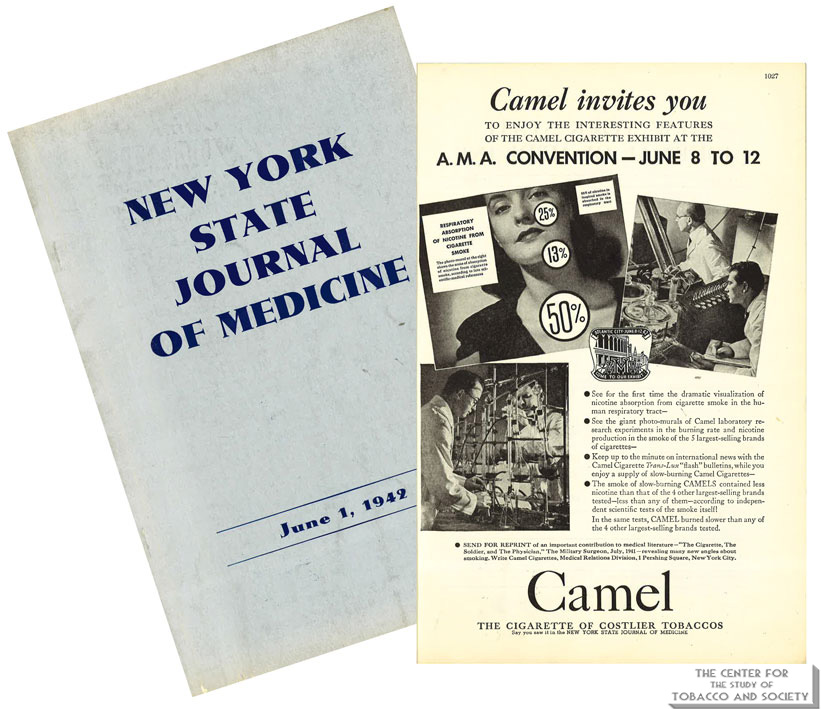 Advertisement for the Camel exhibit at the annual
AMA convention
New York State Journal of Medicine, vol. 42, no. 11,
front cover and page 1027
June 1, 1942 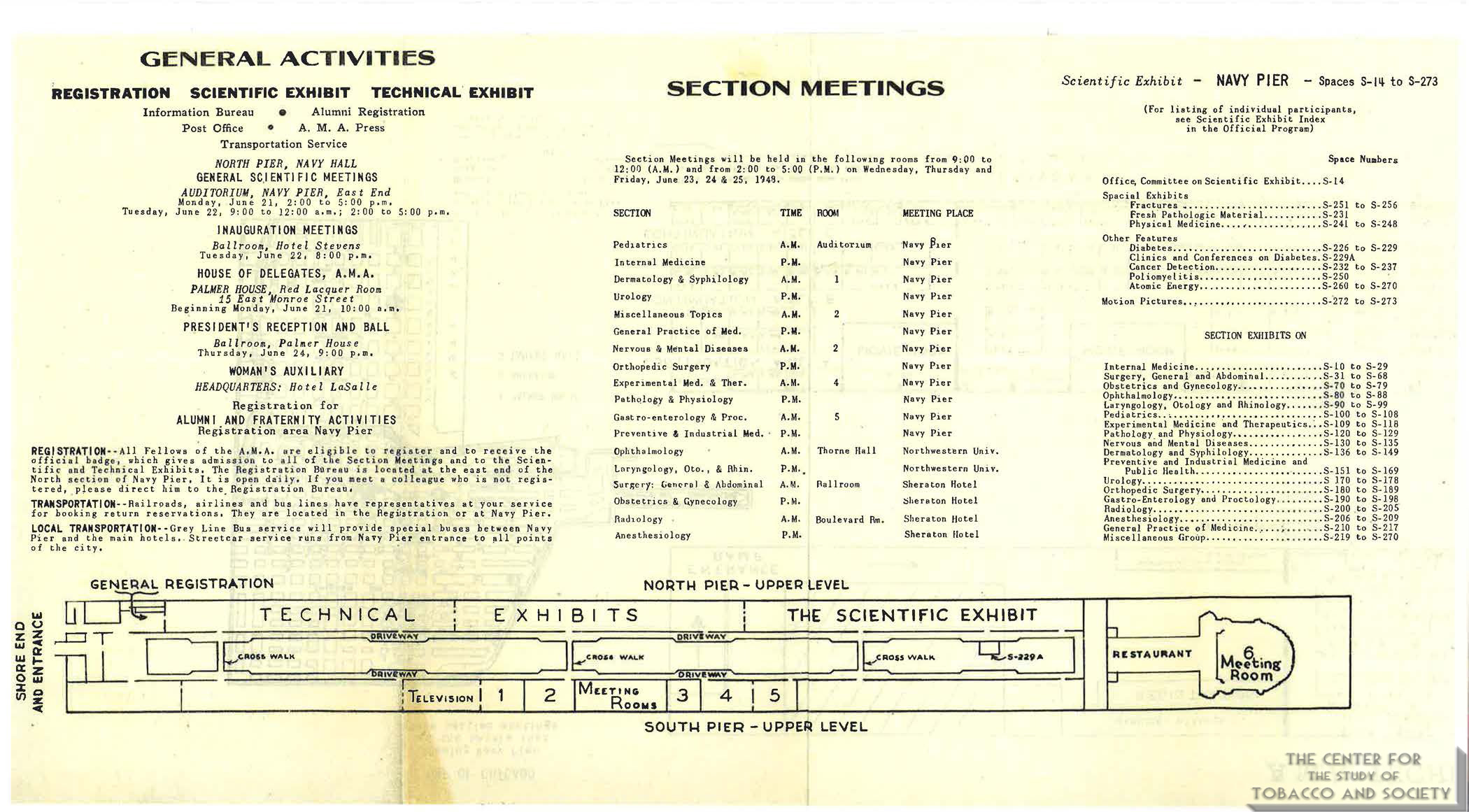 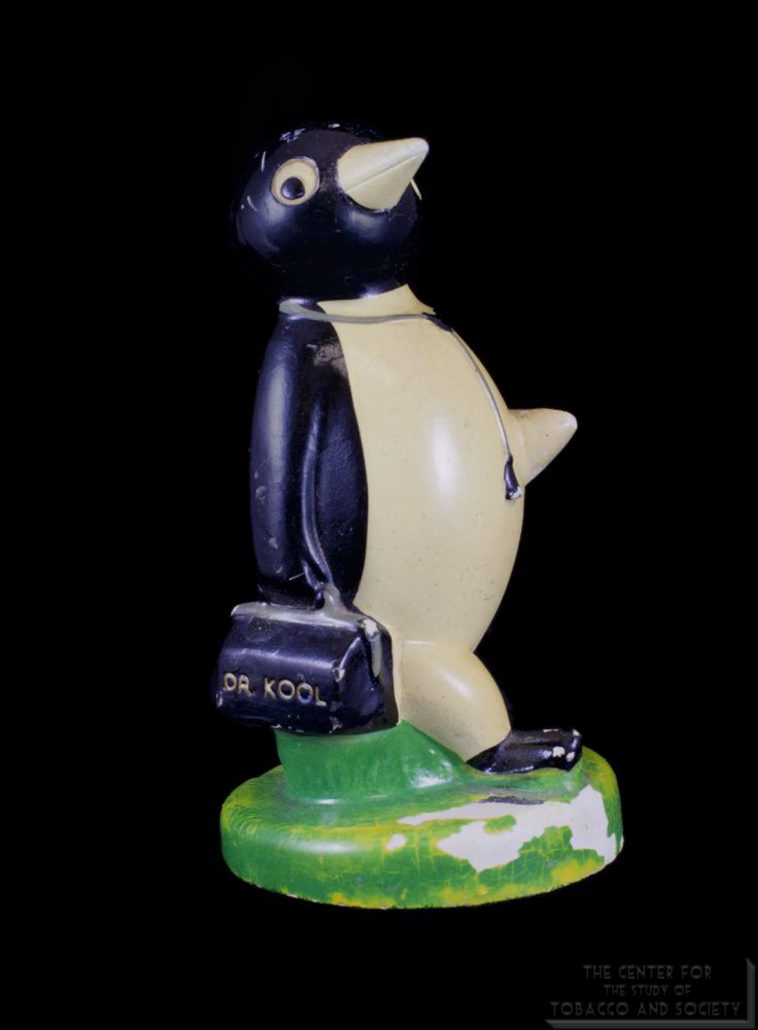 Statuette of penguin mascot for Kool cigarettes, known as “Willie” and often portrayed as a doctor
Promotional item given to doctors at medical conferences by Brown & Williamson Tobacco Company
Circa 1940s