Even though the cigarette companies never publicly acknowledged any lasting harm attributed to their product until 1999 when Philip Morris acknowledged the scientific evidence implicating cigarette smoking in diseases, they have always attempted to portray various brands as safer and healthier than others. No aspect is more central to the hoax of safer smoking than the filter. One of the most heavily advertised brands in medical journals in the 1950s was KENT, manufactured by P. Lorillard, which had a filter that was promoted as “so safe, so pure, it’s used to filter the air in many hospitals.” The KENT filter was made of asbestos. 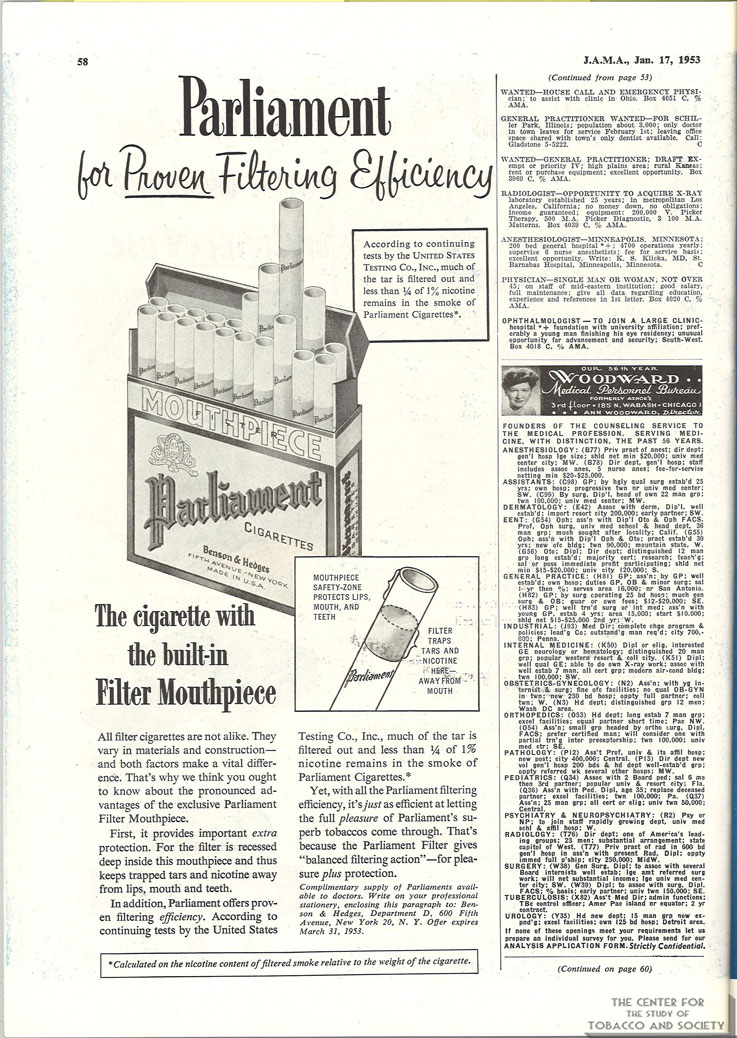 “The cigarette with the built-in Filter Mouthpiece” 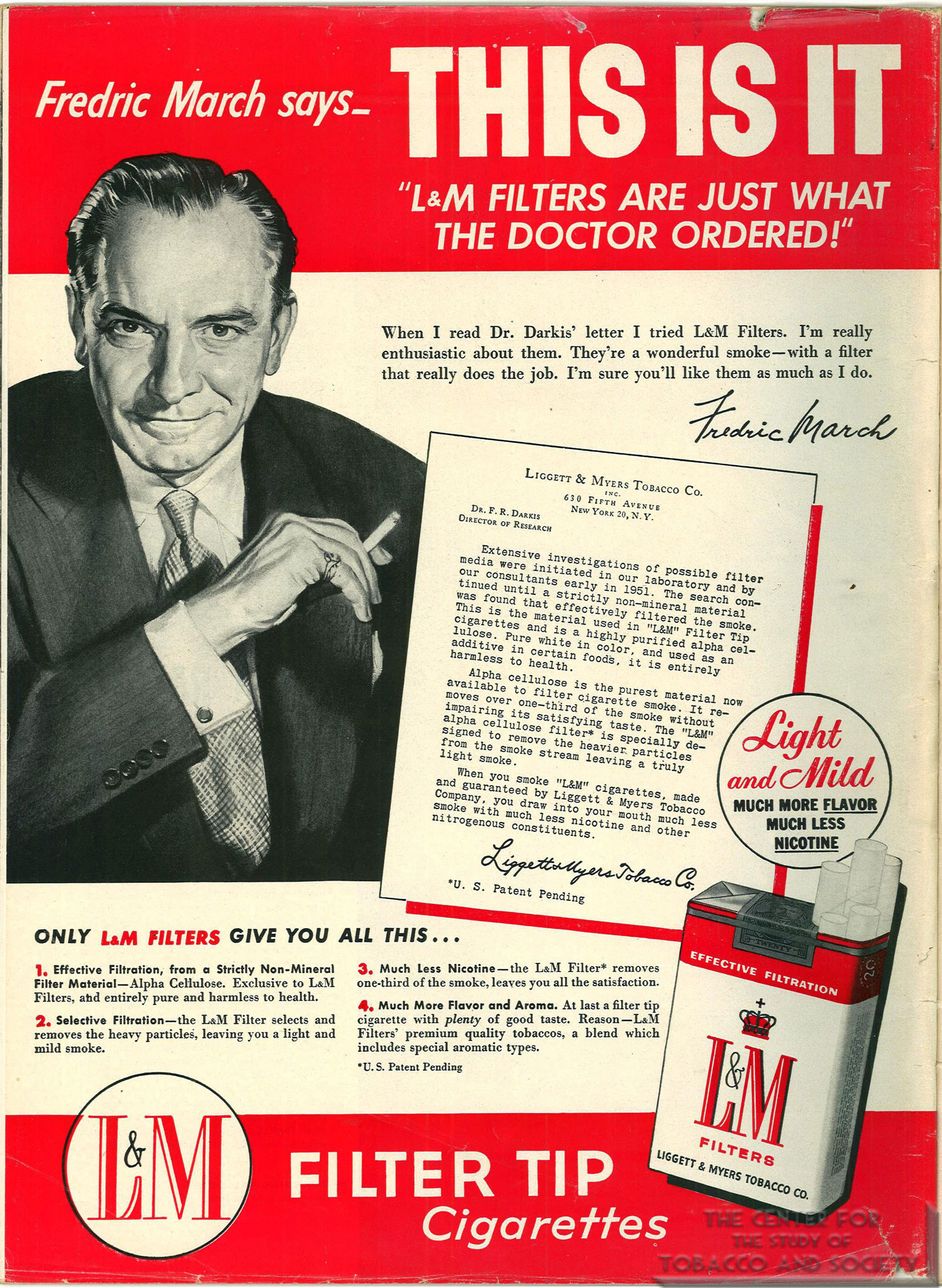 “L&M filters are just what the doctor ordered!” 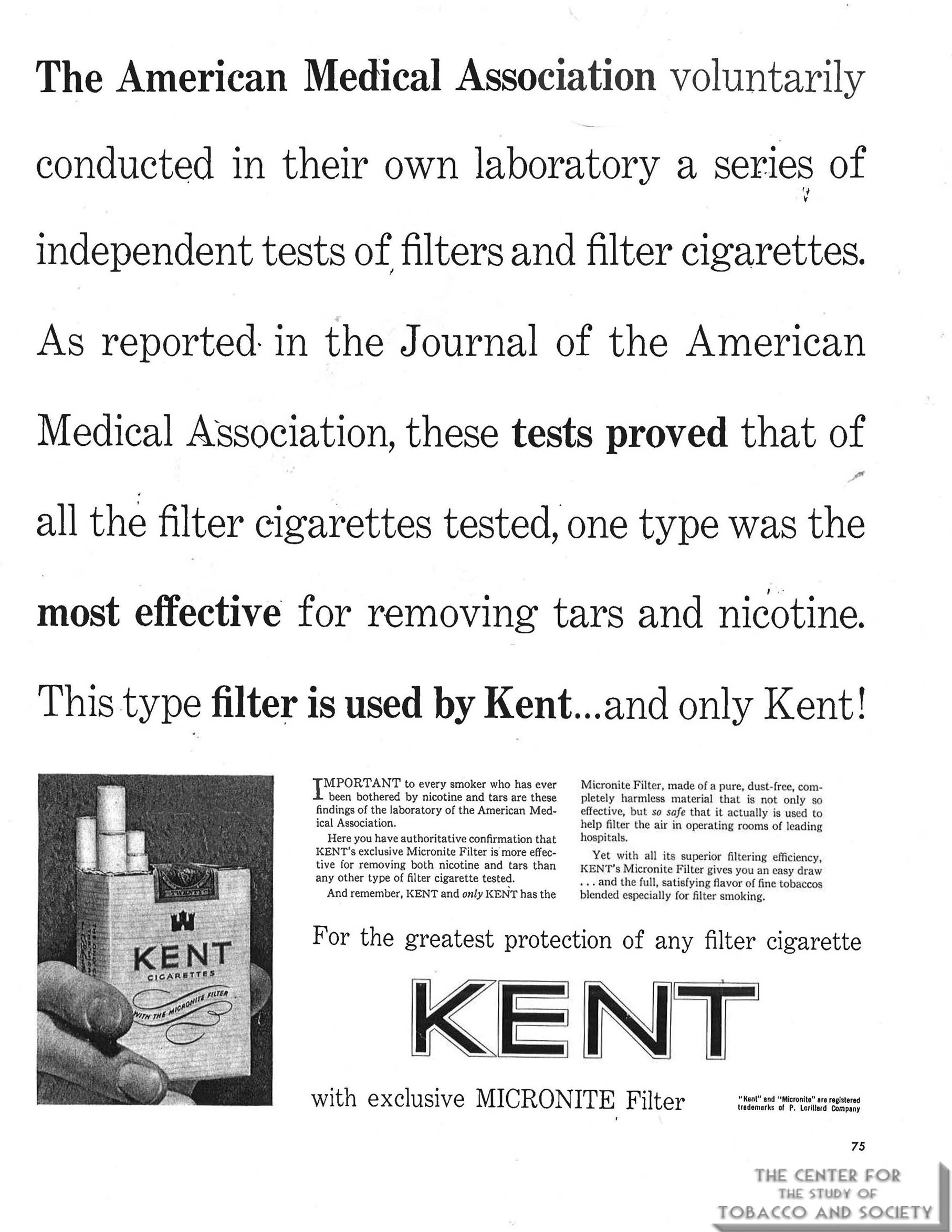 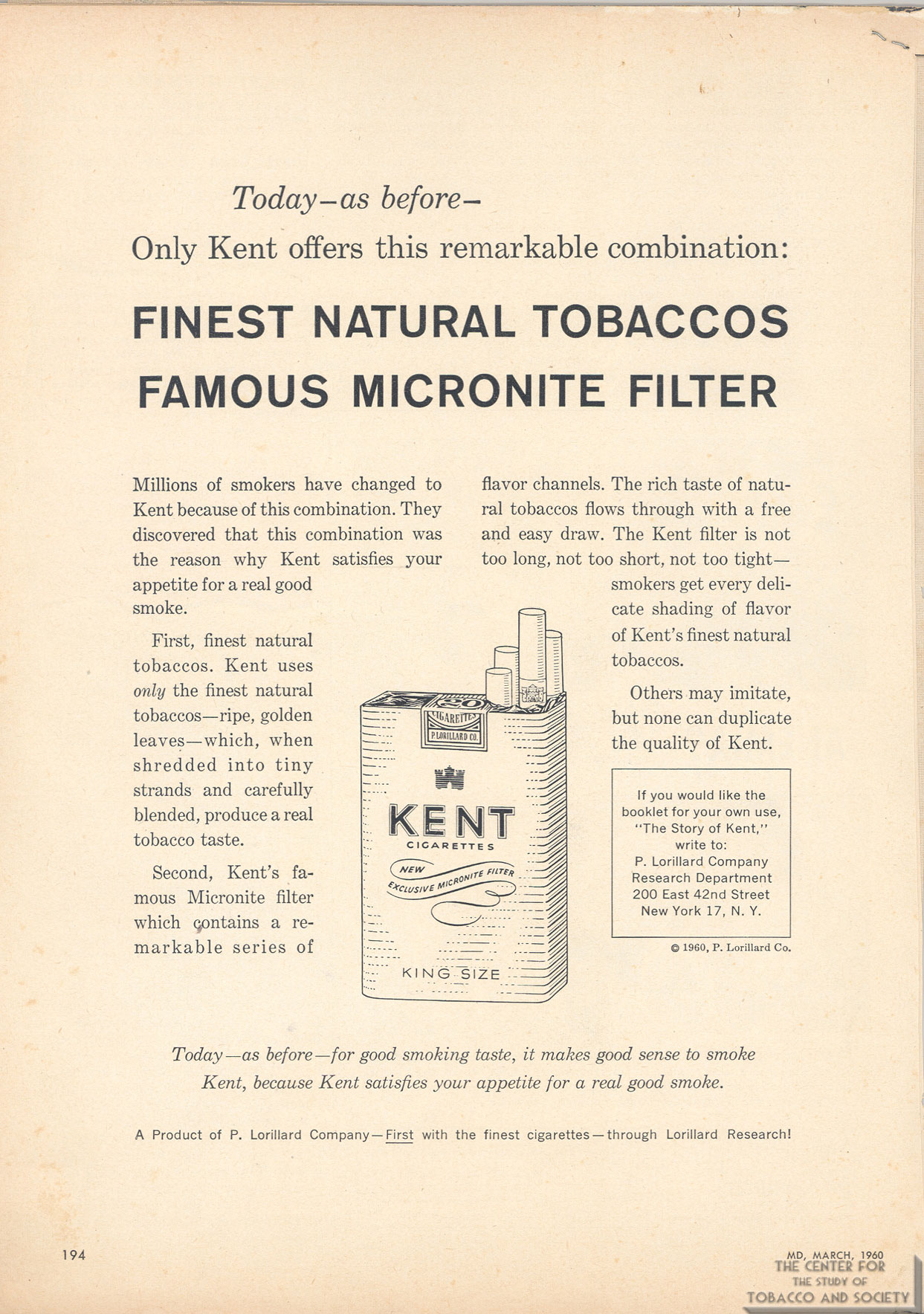 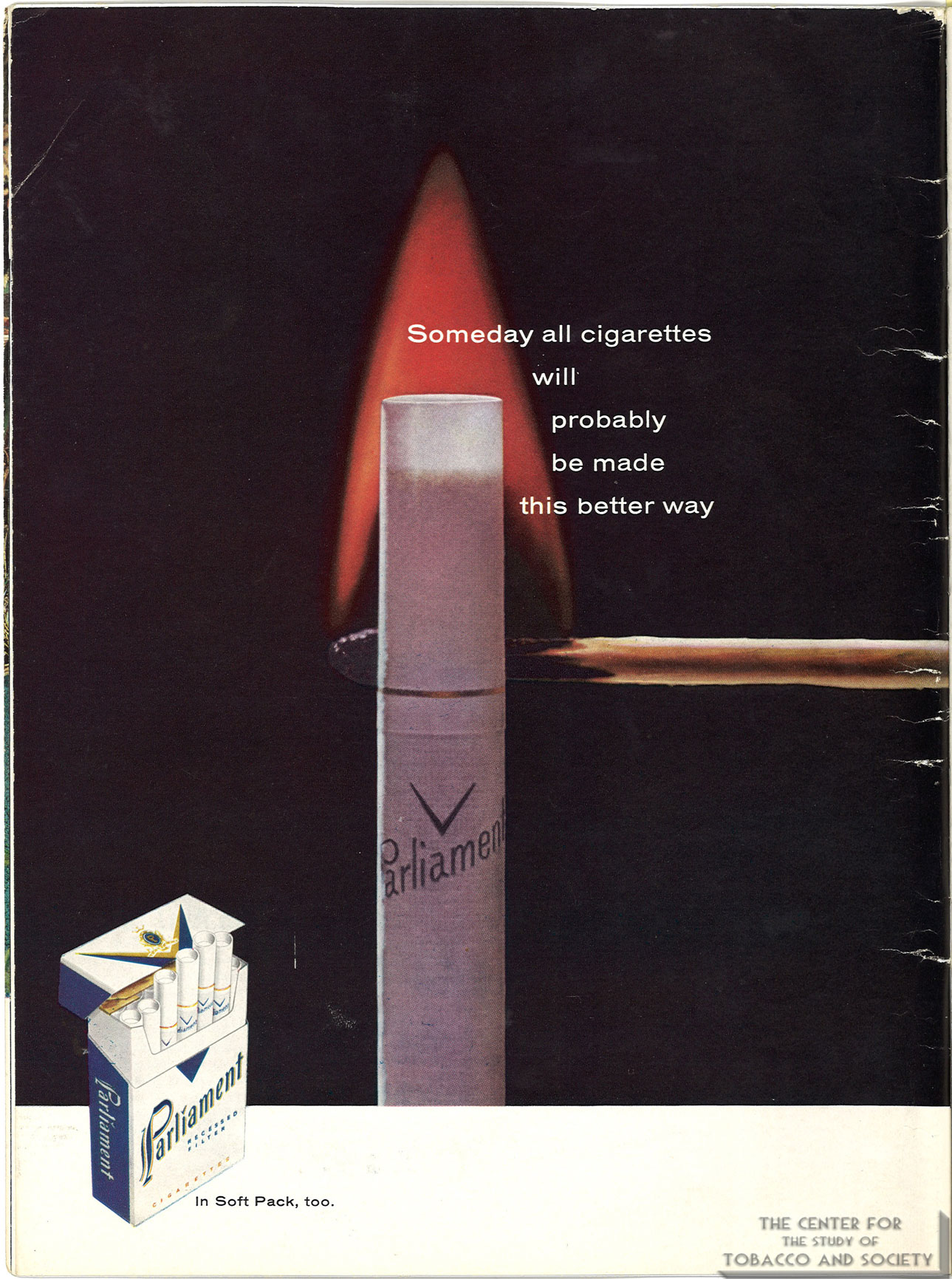 “Someday all cigarettes will probably be made this better way” 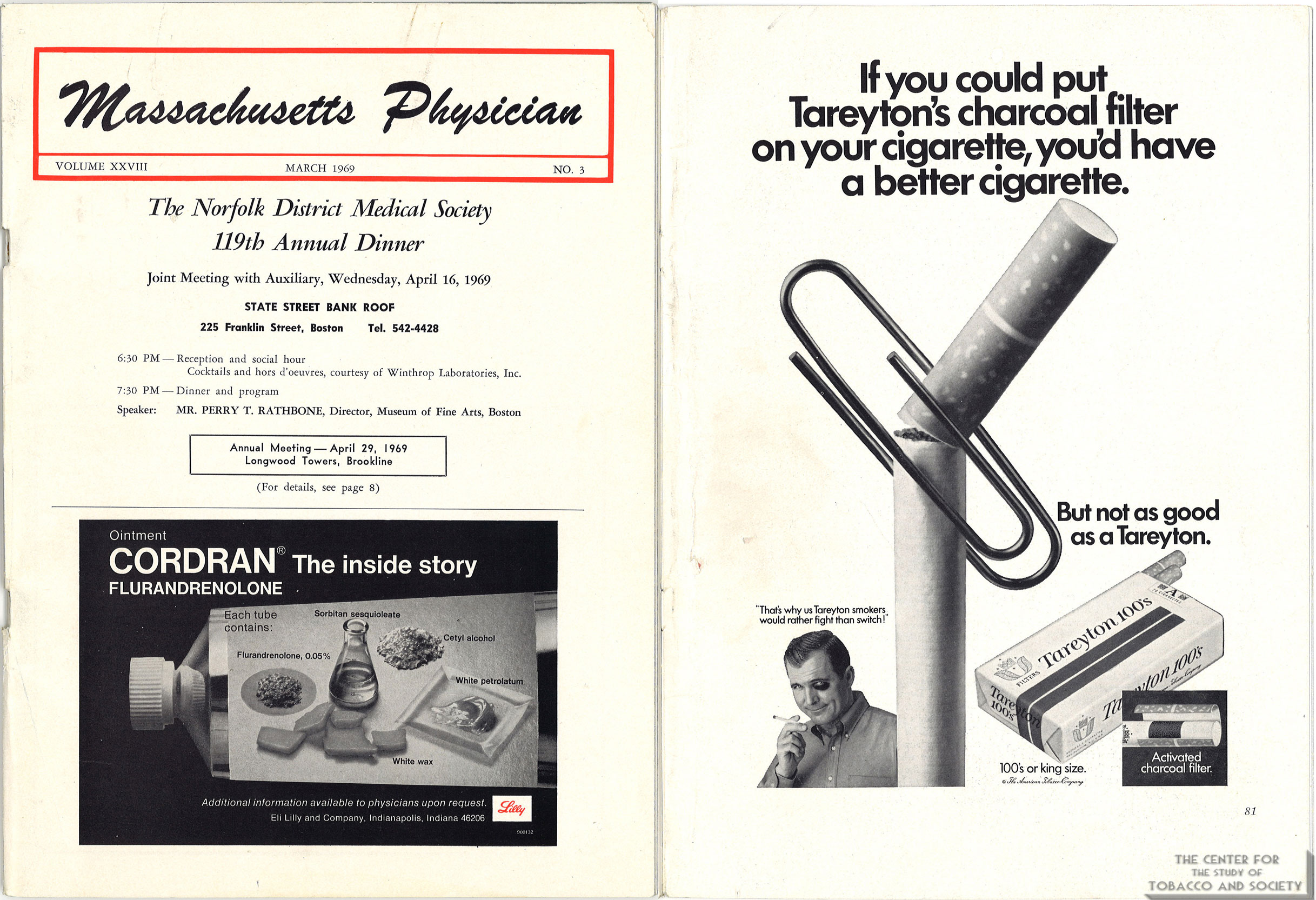 “If you could put Tareyton’s charcoal filter on your cigarette, you’d have a better cigarette.” 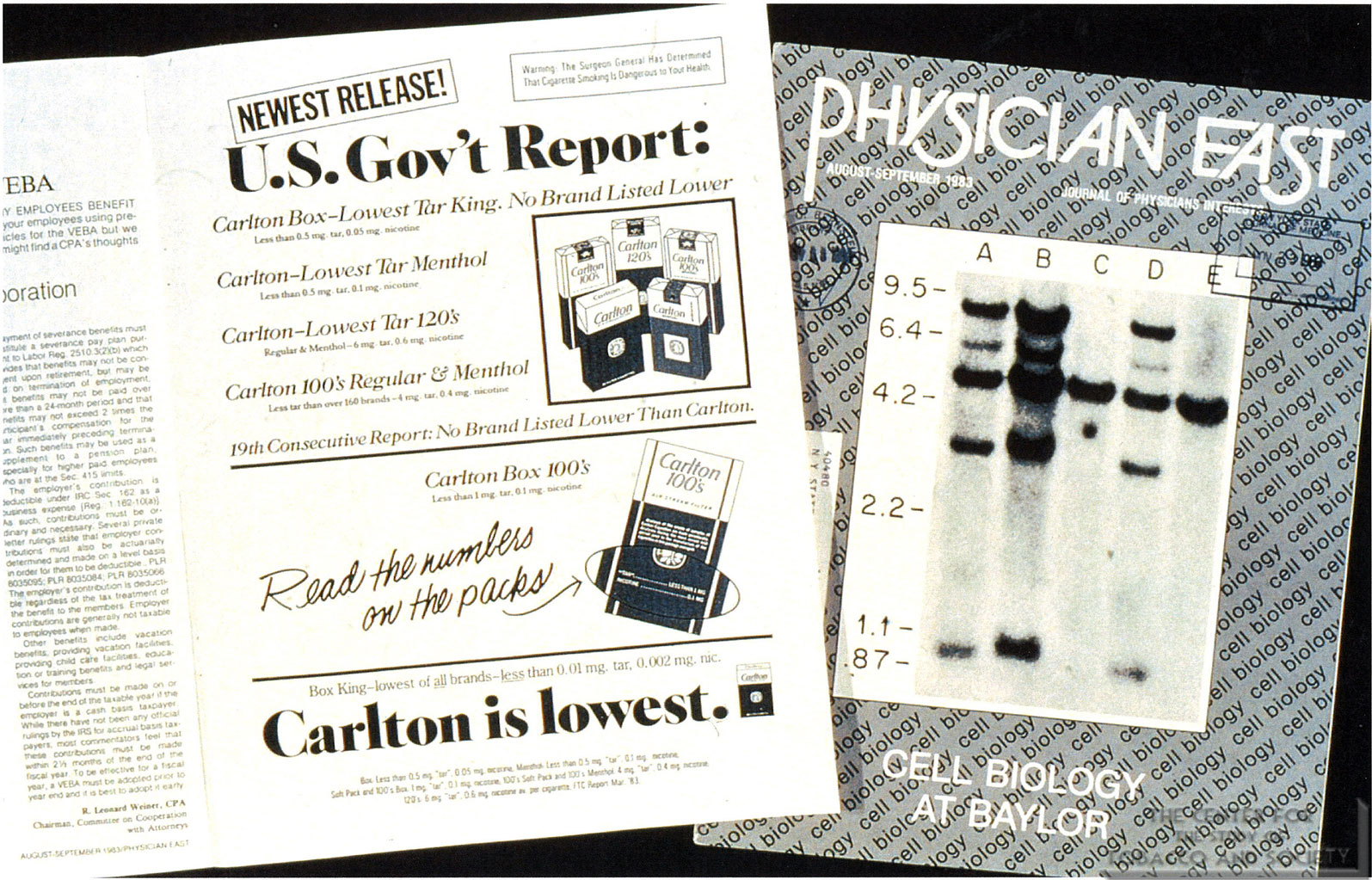