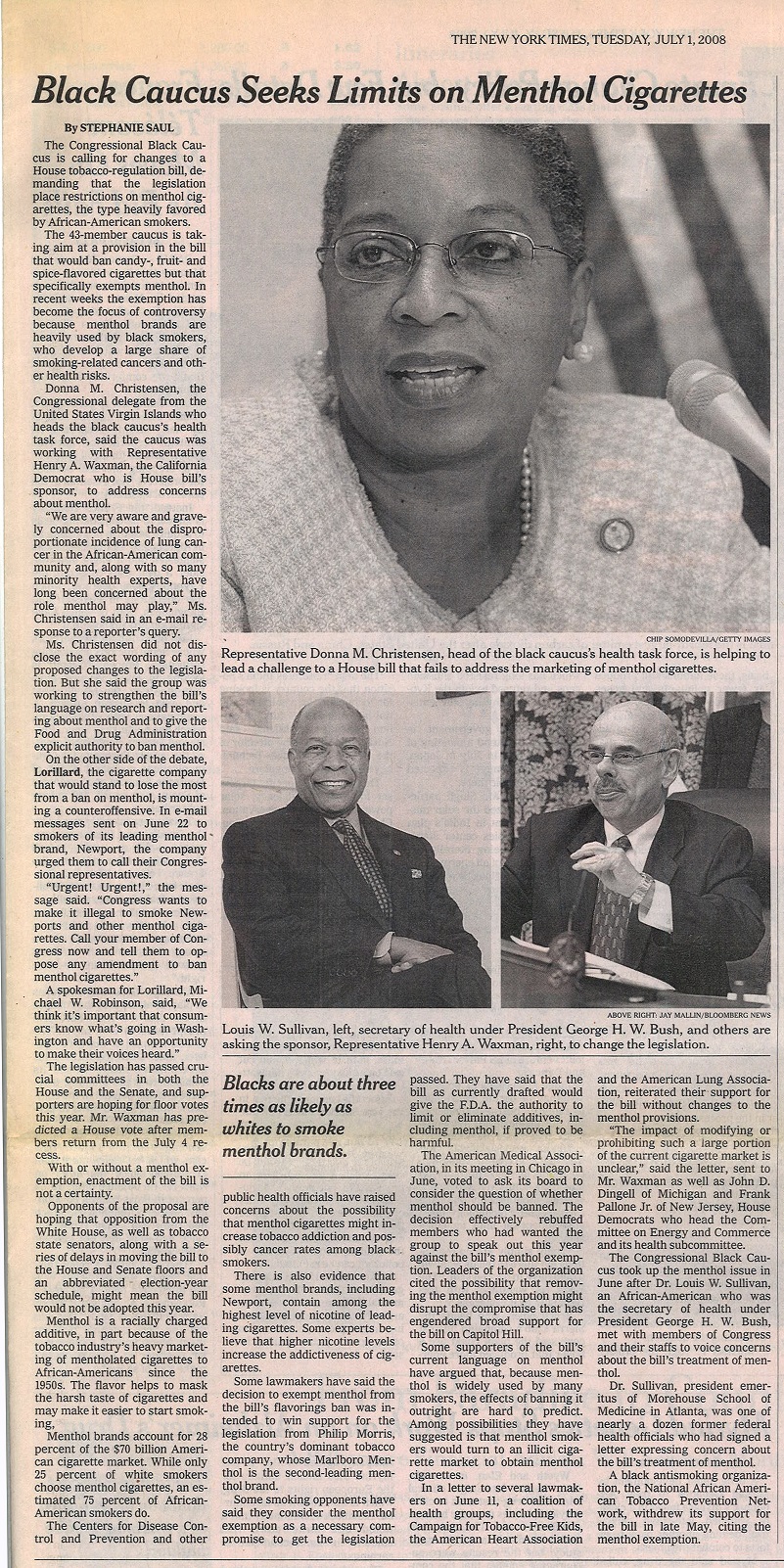 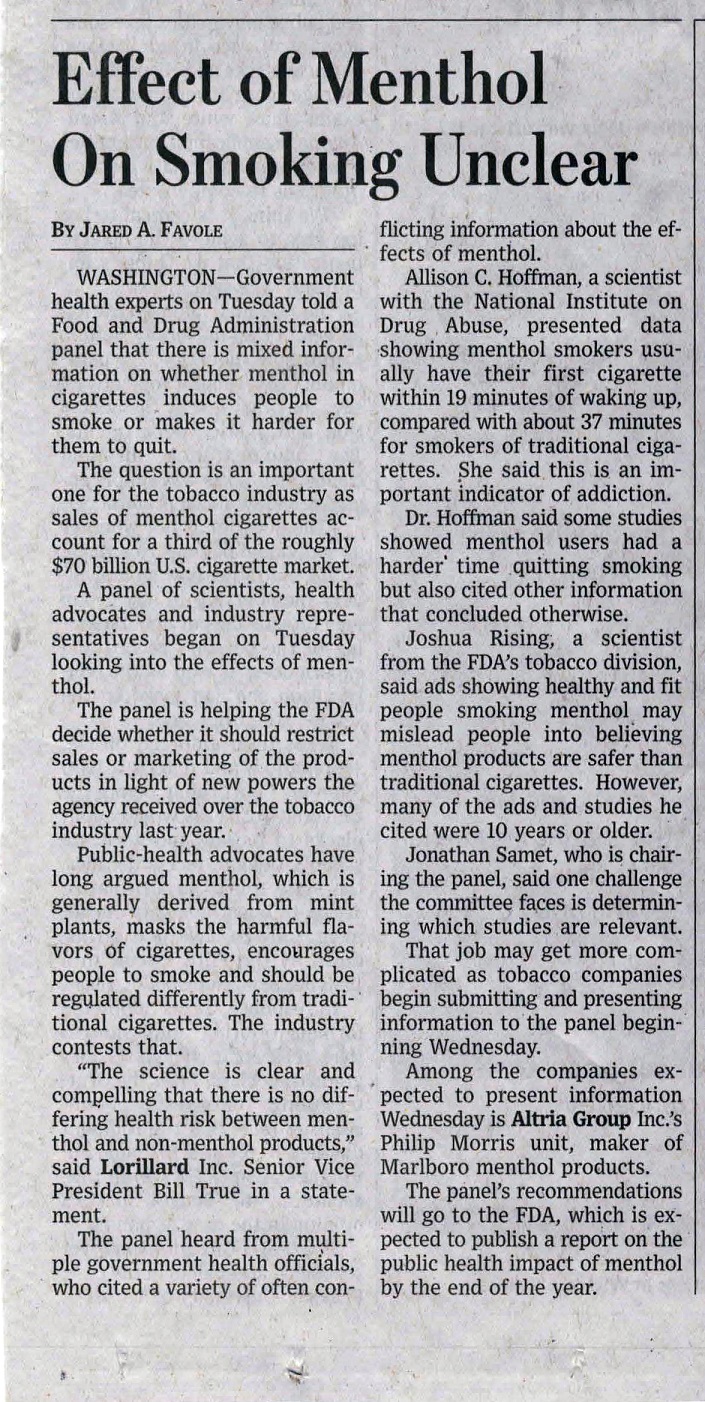 “Effect of Menthol on Smoking Unclear” 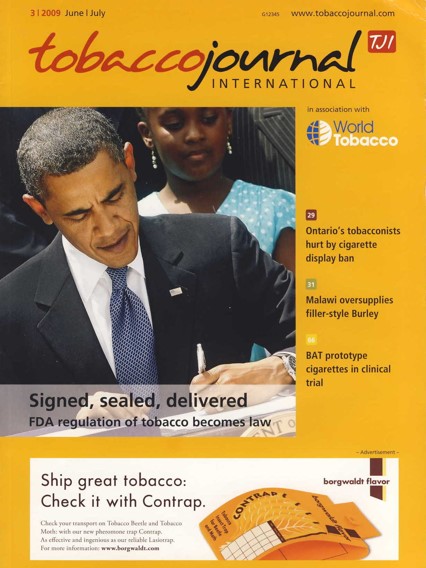 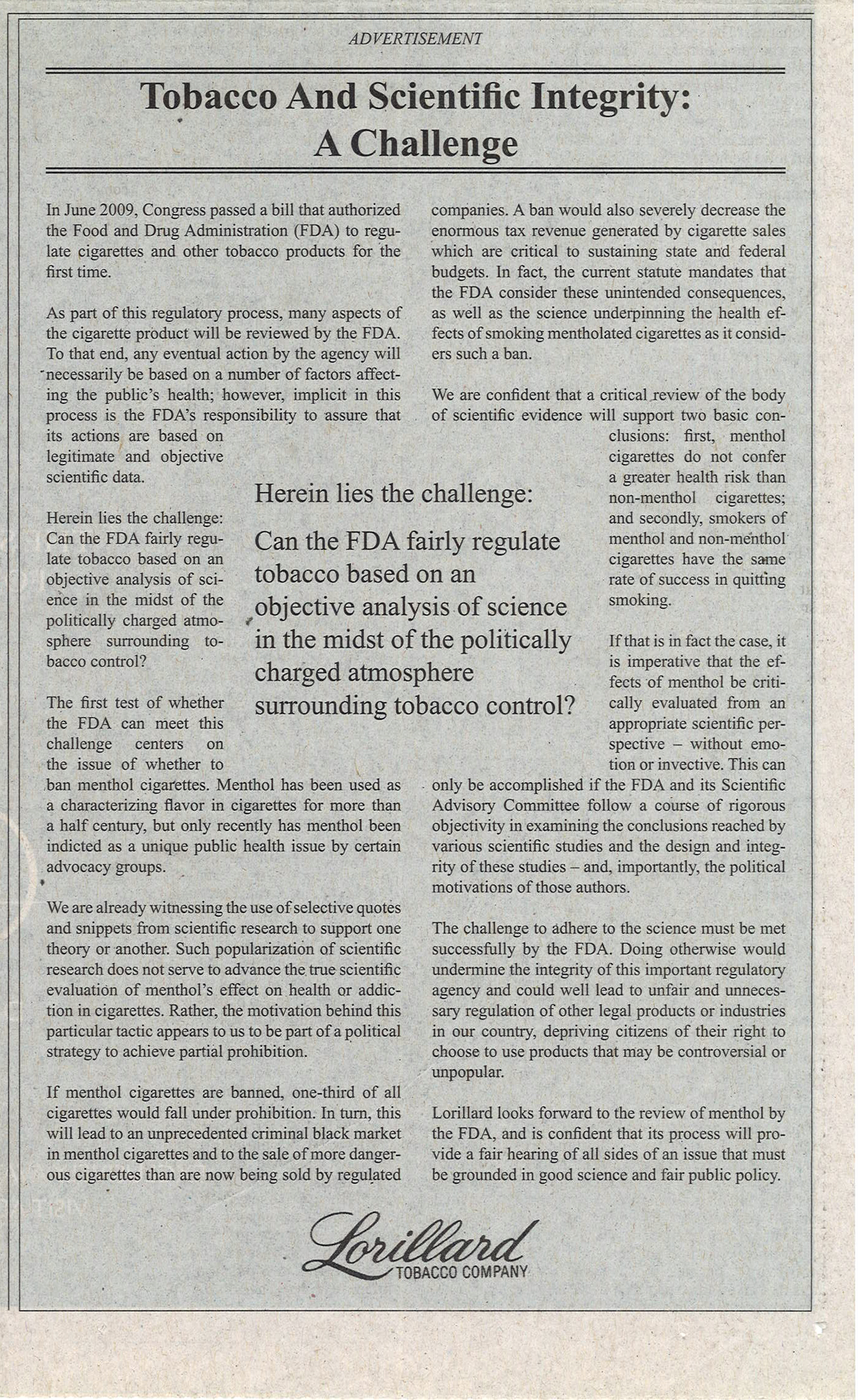 “Tobacco And Scientific Integrity: A Challenge” 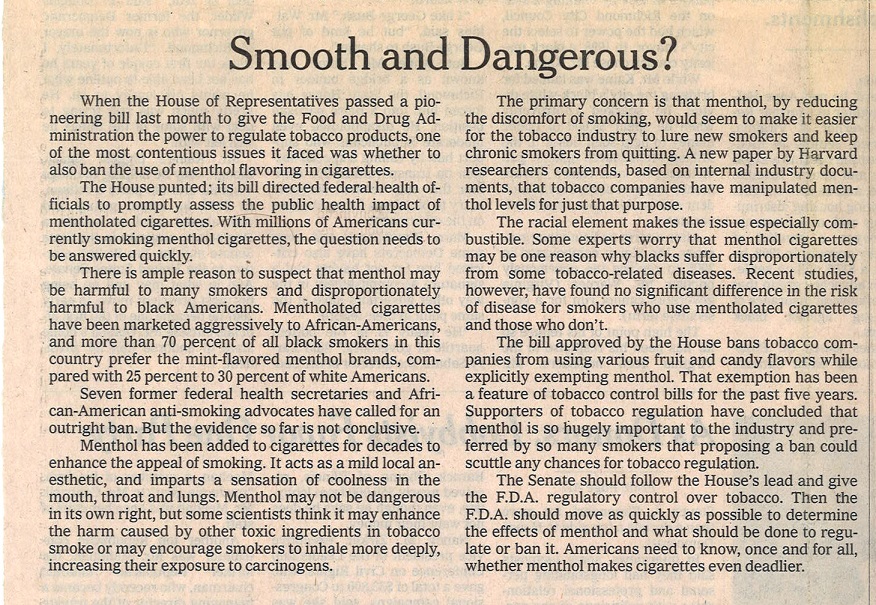 Editorial on the debate over whether or not menthol makes cigarettes even deadlier
The New York Times, page A22
August 14, 2008 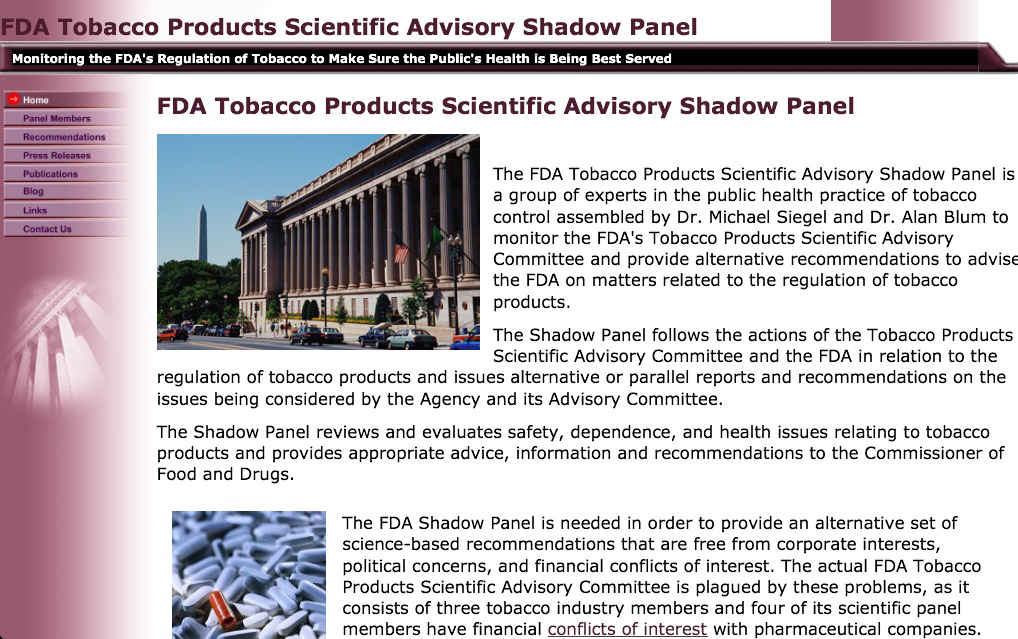 Screenshot of website launched by an independent panel formed to monitor the Tobacco Products Scientific Advisory Committee, an advisory panel within the U.S. Food and Drug Administration (FDA)
2014

News article by David Kesmodel
The Wall Street Journal, pages A1 and A12
January 5, 2011 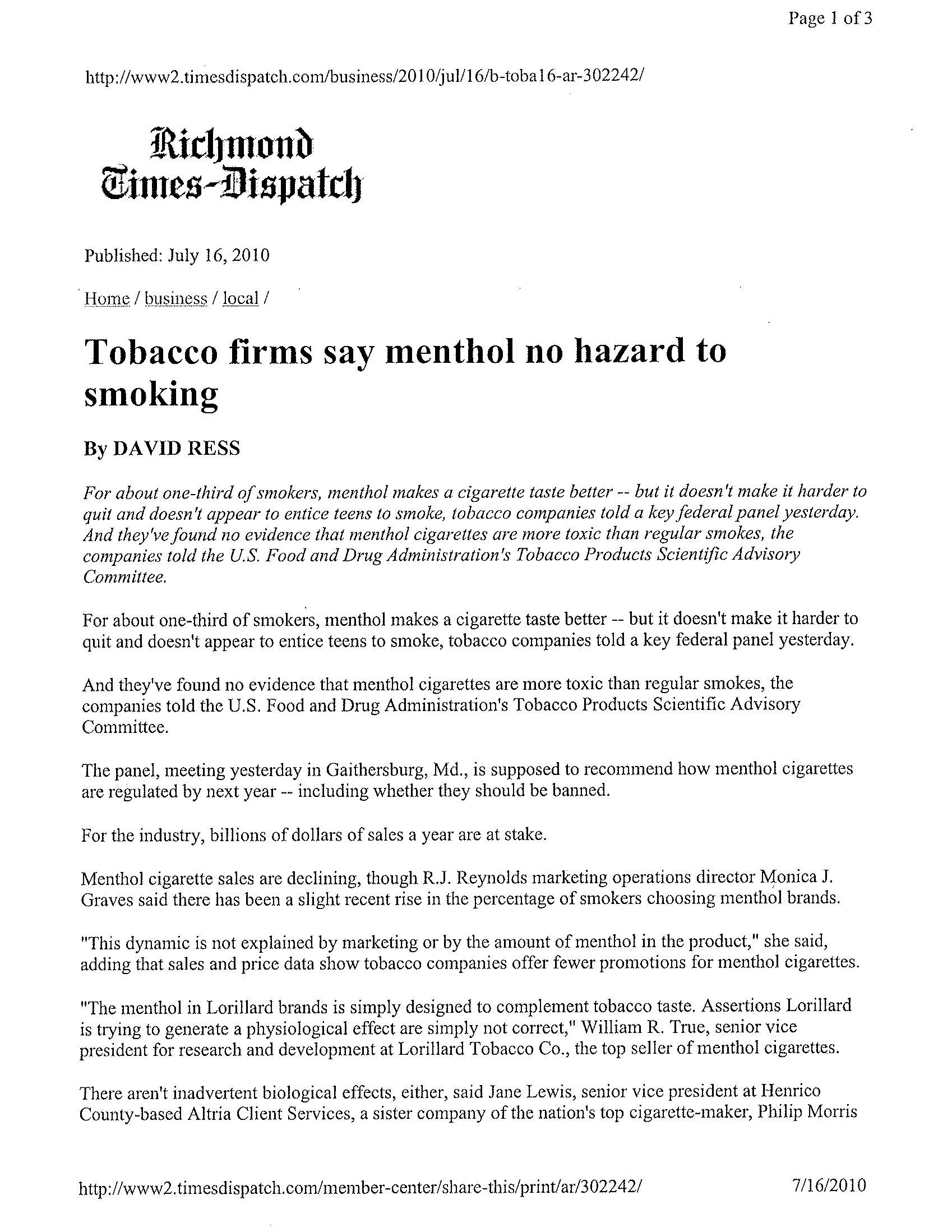 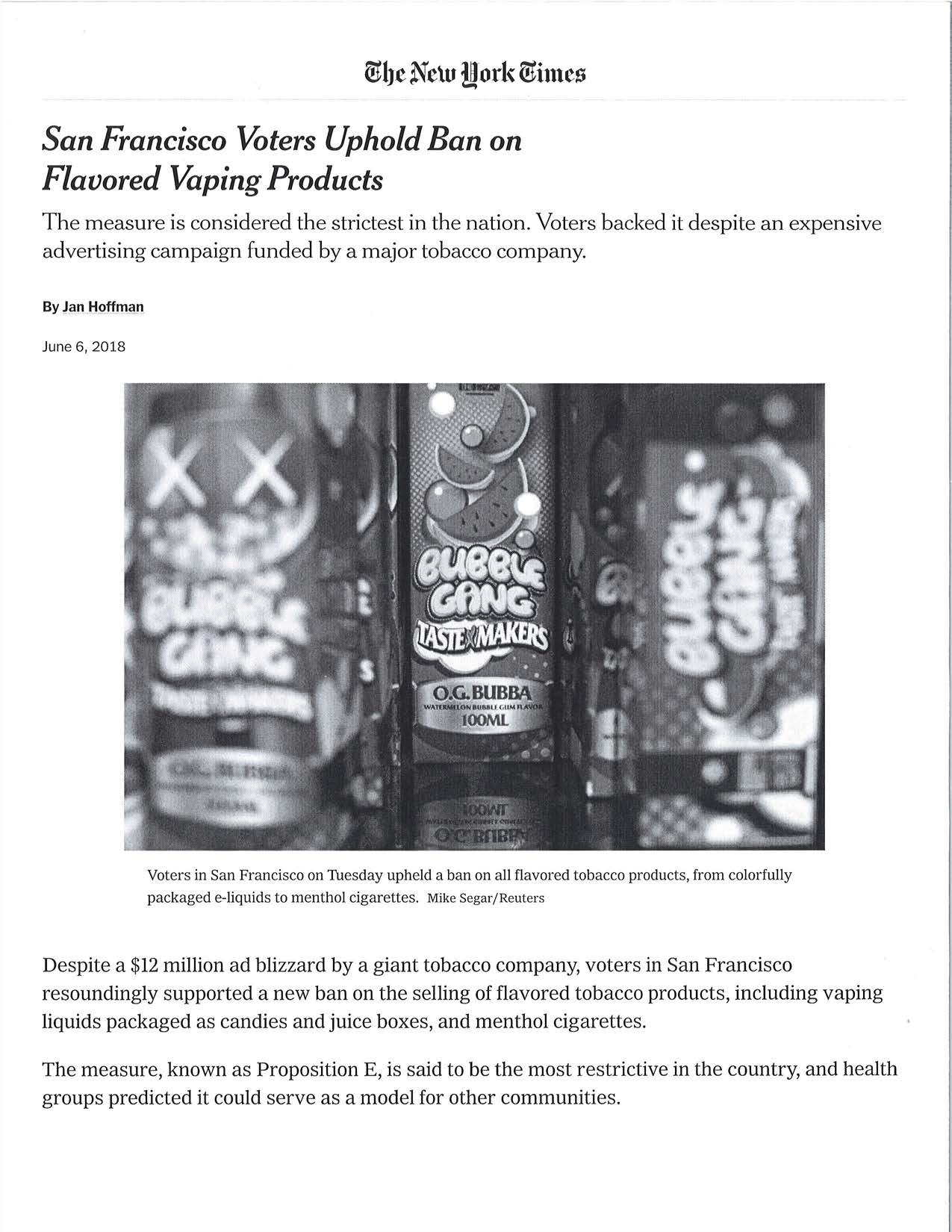 News article by Jan Hoffman about the ban on menthol cigarettes and certain vaping liquids
The New York Times
June 6, 2018

The Family Smoking Prevention and Tobacco Control Act, signed into law by President Barack Obama on June 22, 2009, gave the United States Food and Drug Administration (FDA) the authority to regulate the content, marketing and sale of tobacco products. The Act led to the creation of the Tobacco Products Scientific Advisory Committee (TPSAC), an advisory panel consisting of 12 experts in the fields of medicine, medical ethics, public health, and technology related to the manufacture, evaluation, or use of tobacco products. The TPSAC makes recommendations to the FDA Commissioner regarding the regulation of tobacco products. The Act directed the TPSAC to address the issue of mentholated tobacco products as its first order of business.

On March 18, 2011, the TPSAC released a report entitled Menthol Cigarettes and Public Health: Review of the Scientific Evidence and Recommendations, which concluded that the removal of menthol cigarettes from the market would benefit public health in the United States, but it did not recommend that the FDA take specific action to restrict or ban menthol. In response, the tobacco industry released its own report to the FDA, which claimed that menthol cigarettes were no riskier than regular cigarettes and should not be regulated differently.

In June 2010, ten individuals with extensive experience over decades in fighting smoking, led by Michael Siegel, MD, of Boston University School of Public Health and Alan Blum, MD, of the University of Alabama School of Medicine, formed the FDA Tobacco Products Scientific Advisory Shadow Panel to provide an alternative perspective on tobacco product regulation free from political, corporate, or economic influence. It called for the elimination of menthol in cigarettes because this chemical additive increases the appeal of smoking. Following publication of the TPSAC report on menthol, the shadow panel called the TPSAC weak-willed for failing to make a recommendation based on its findings and urged Congress to replace the Tobacco Control Act with a more effective way to restrict tobacco products.

The FDA has continued to permit tobacco companies to add menthol to cigarettes. In the face of this foot-dragging, on June 5, 2018, San Francisco became the first U.S. city to ban the sale of flavored tobacco products, including menthol cigarettes, after voters approved a proposition.

More On: Family Smoking Prevention and Tobacco Control Act and the FDA’s Failure to Regulate Menthol 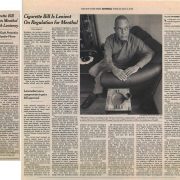 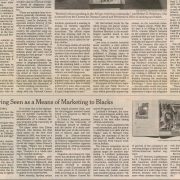 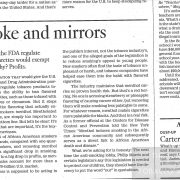 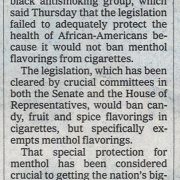 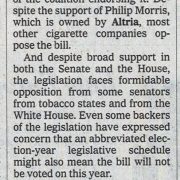 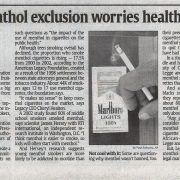