In 1946, in response to concerns about smoking and lung cancer raised by prominent chest surgeons Richard Overholt, Alton Ochsner, Dwight Harken, Michael DeBakey, and other physicians,  the R.J. Reynolds Tobacco Company introduced a print and radio advertising campaign for its Camel cigarette brand, with the slogan ‘More Doctors Smoke Camels.’  Although the company claimed the campaign was based on as survey of 113,597 physicians, the methodology was not described, and it is not known if free samples of Camels had been sent to doctors just prior to the survey.

Use the arrows below to scroll through the gallery of advertisements. 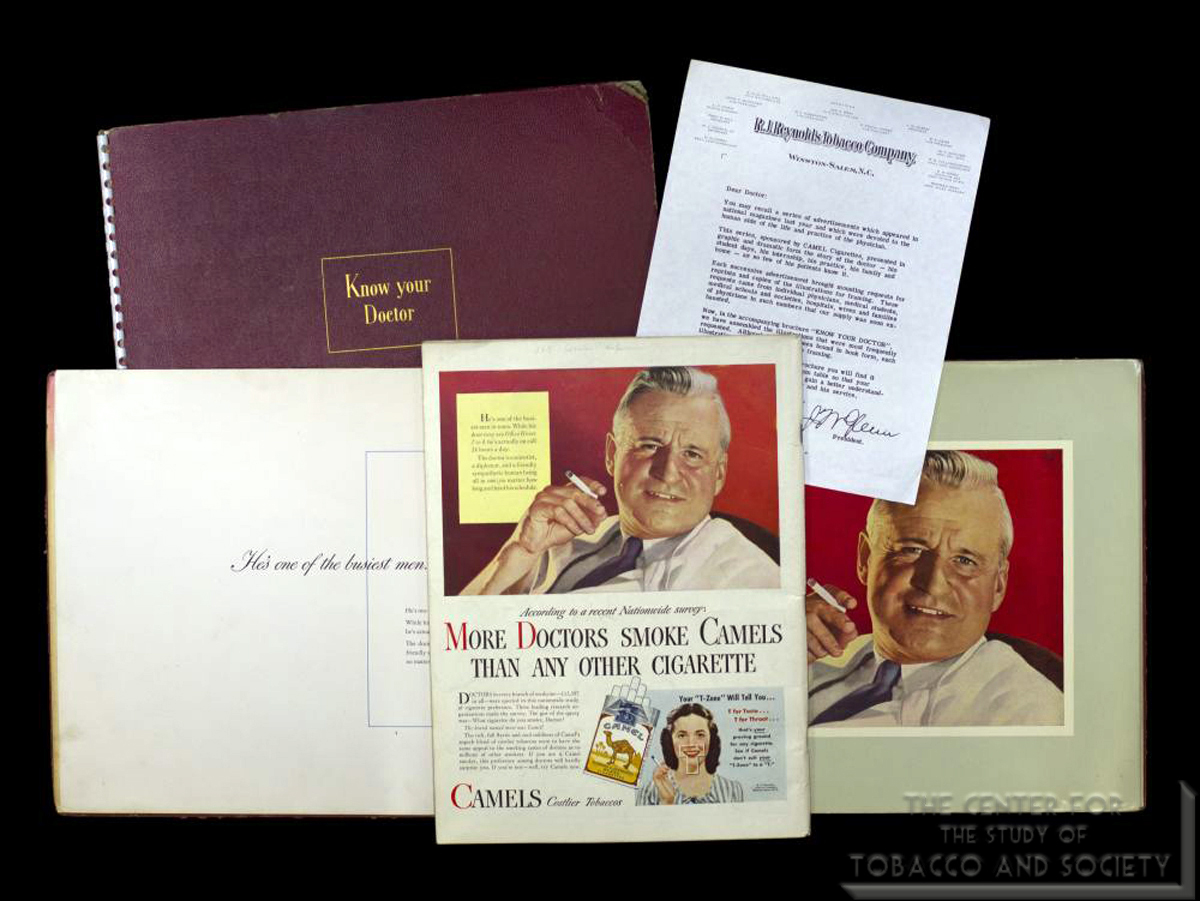 “Each successive advertisement brought mounting requests for reprints and copies…”

“What cigarette do you smoke, Doctor?”