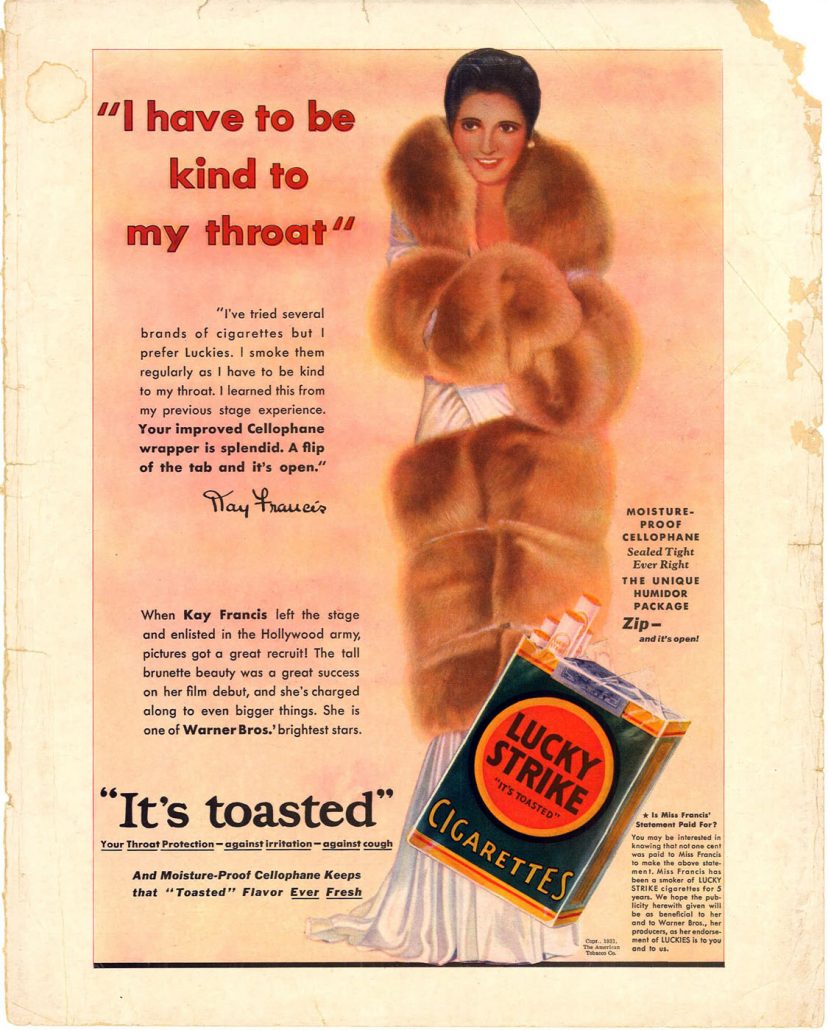 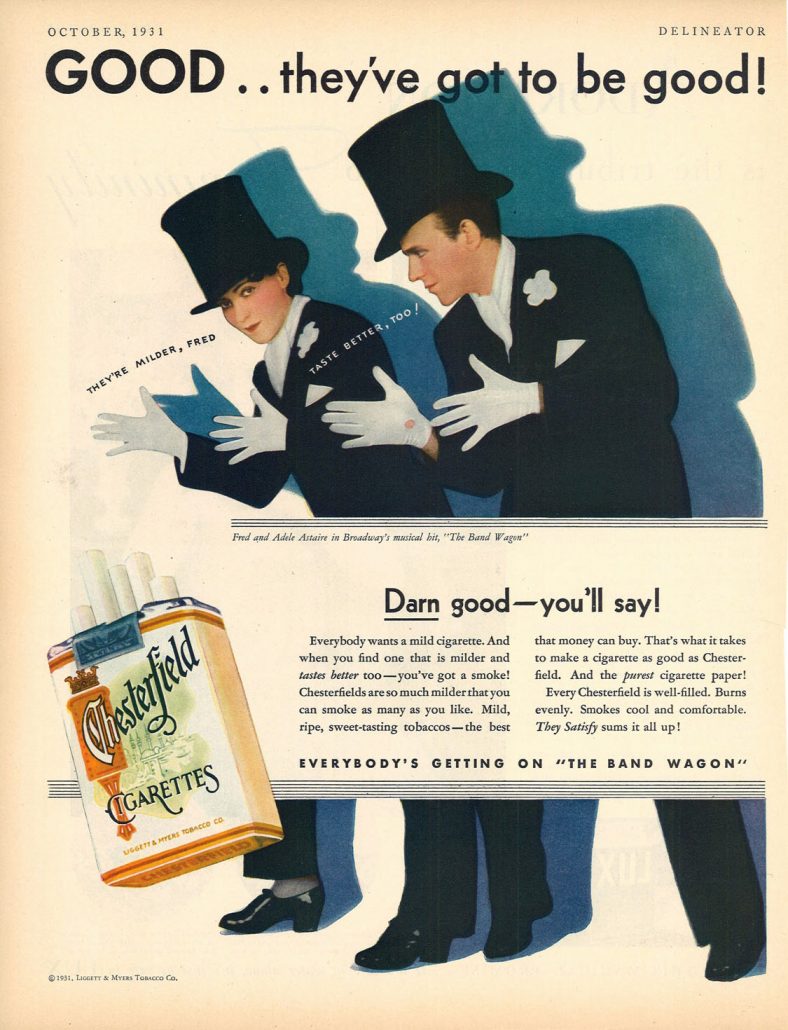 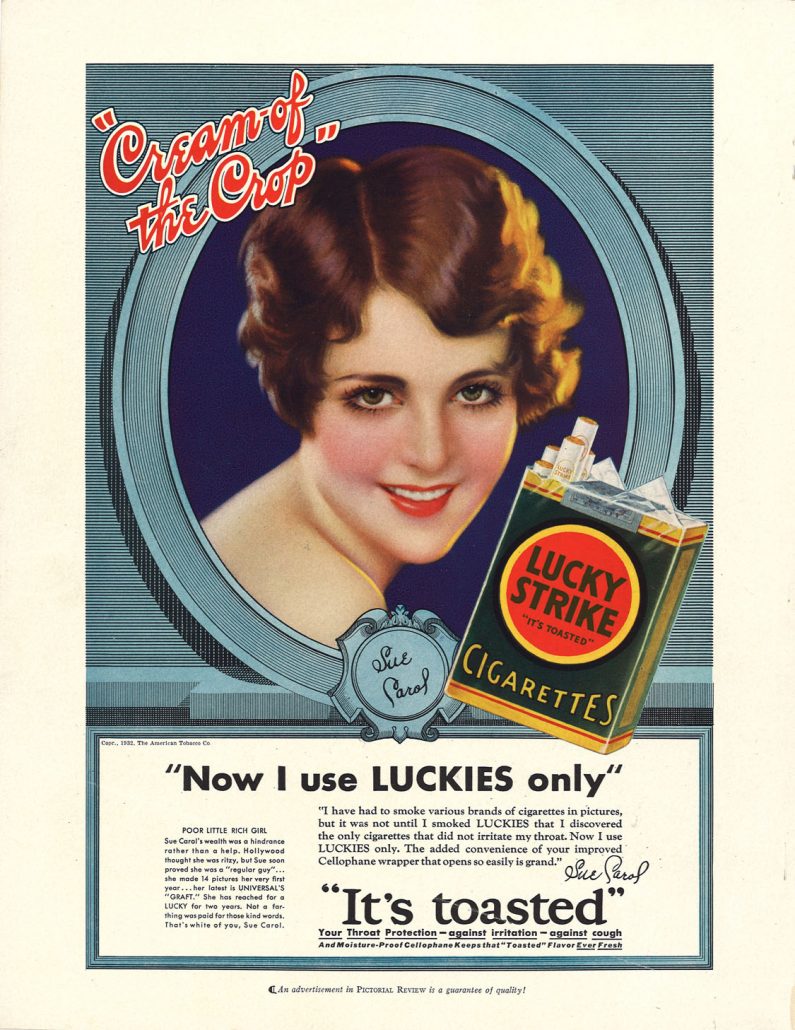 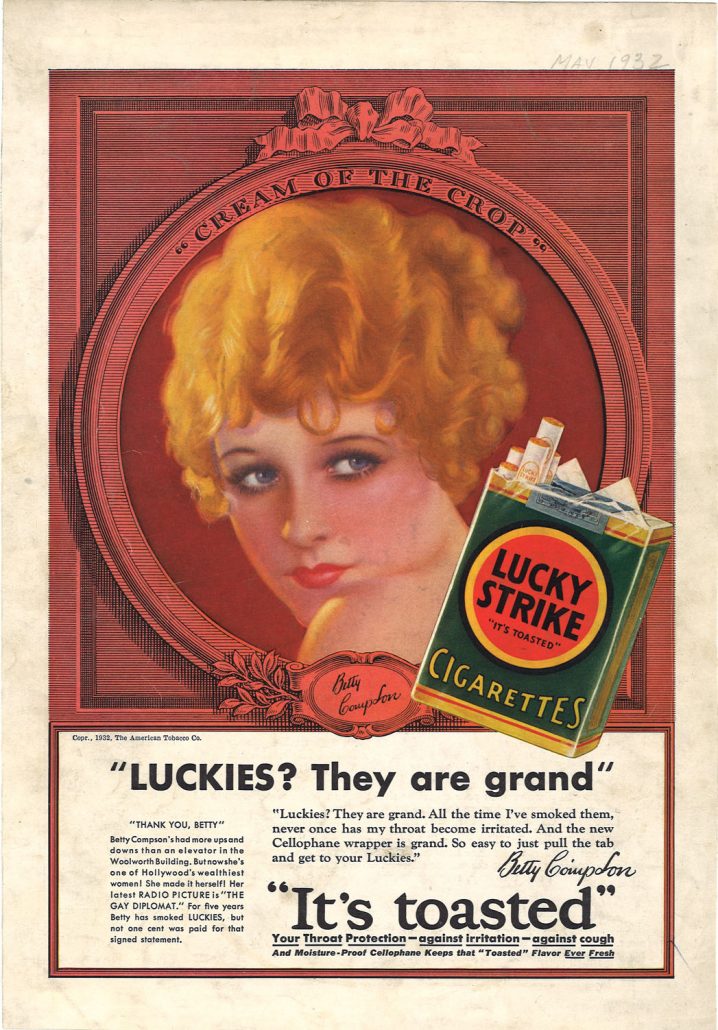 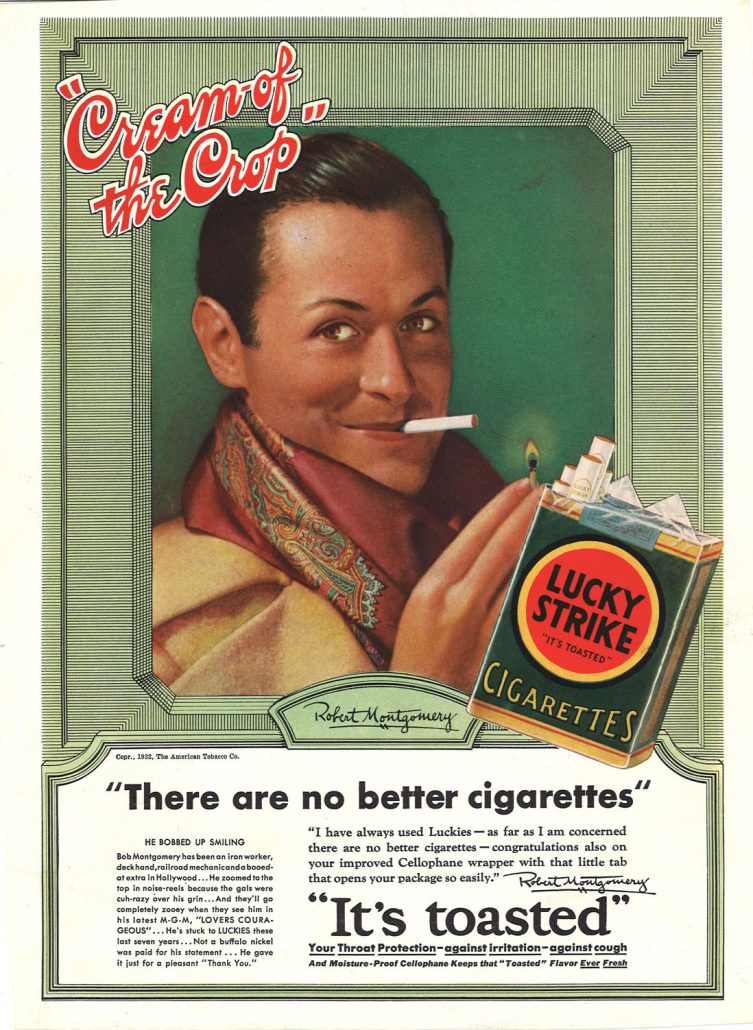 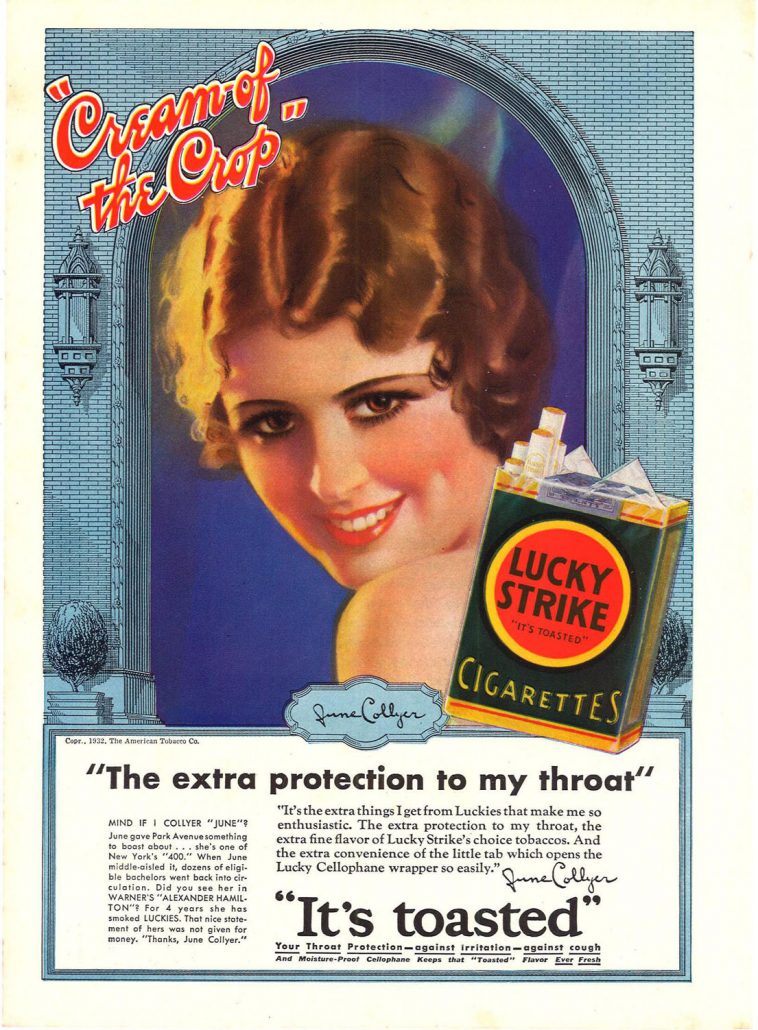 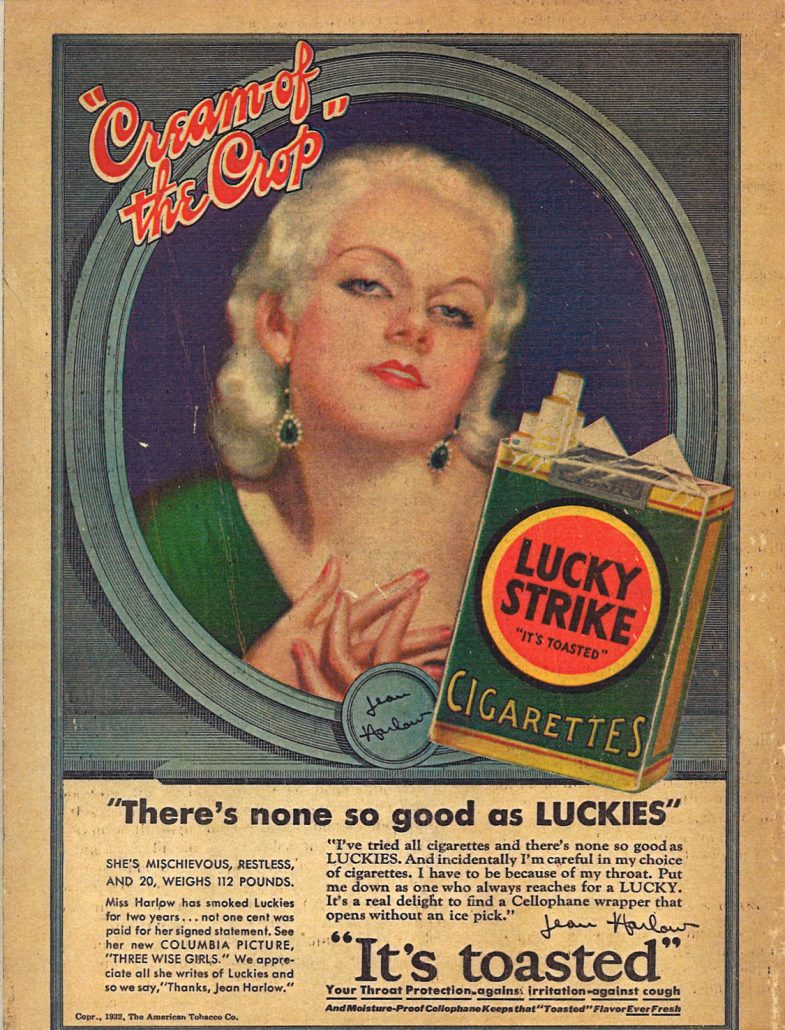 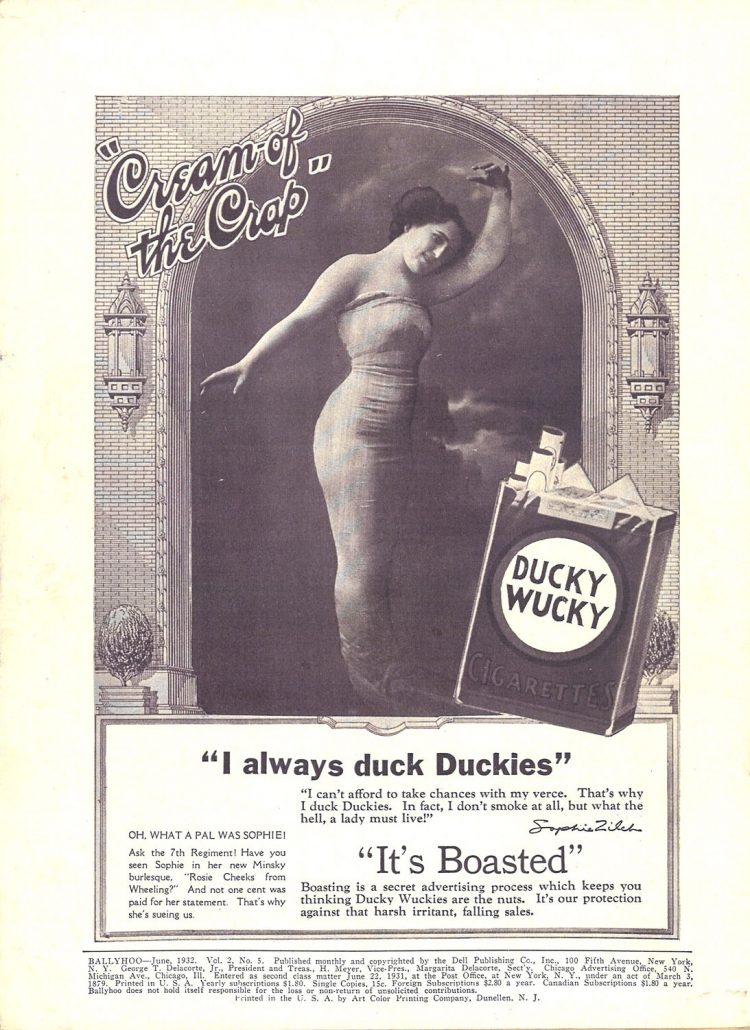 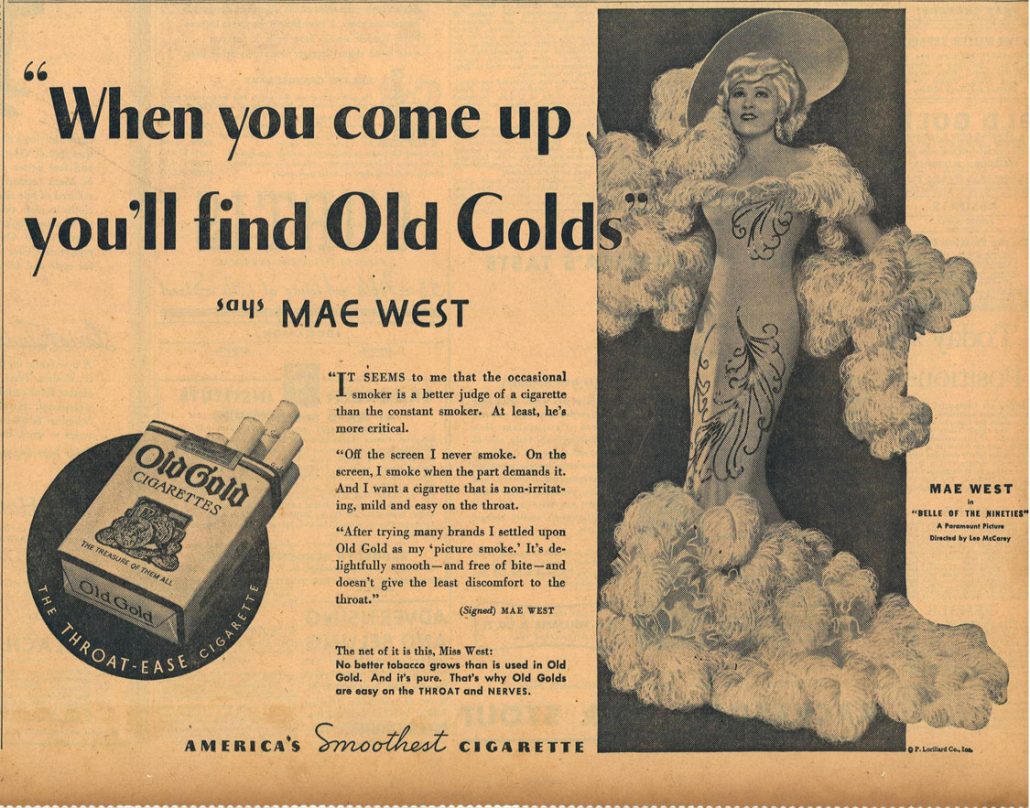 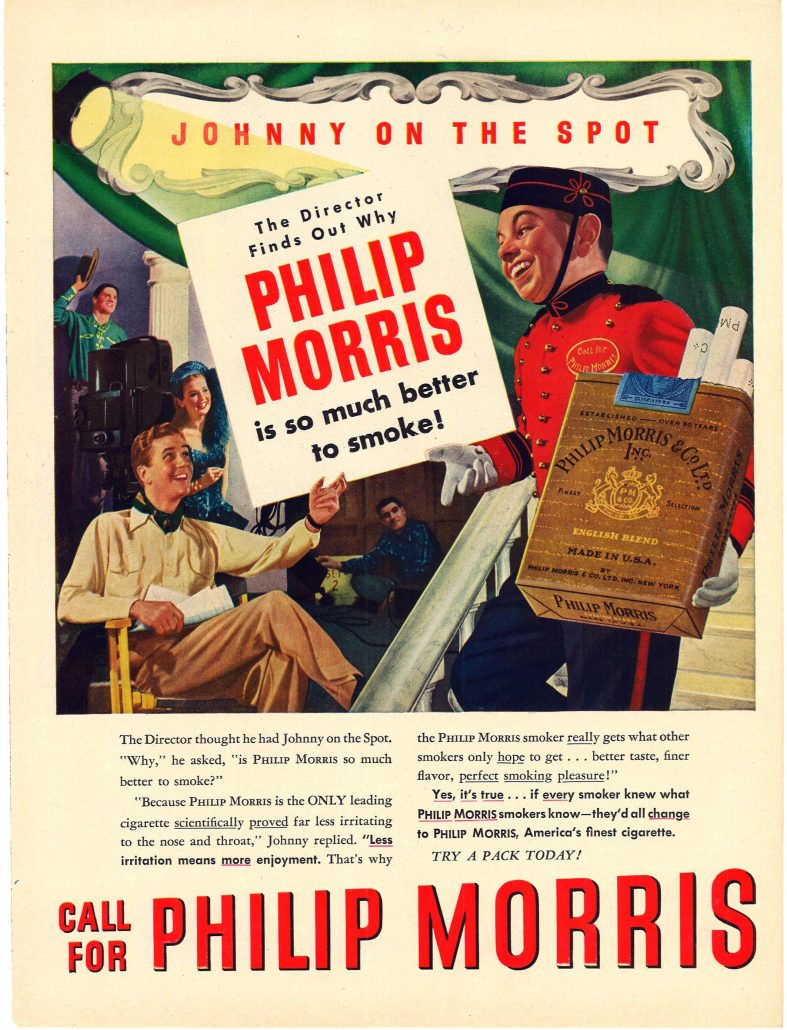 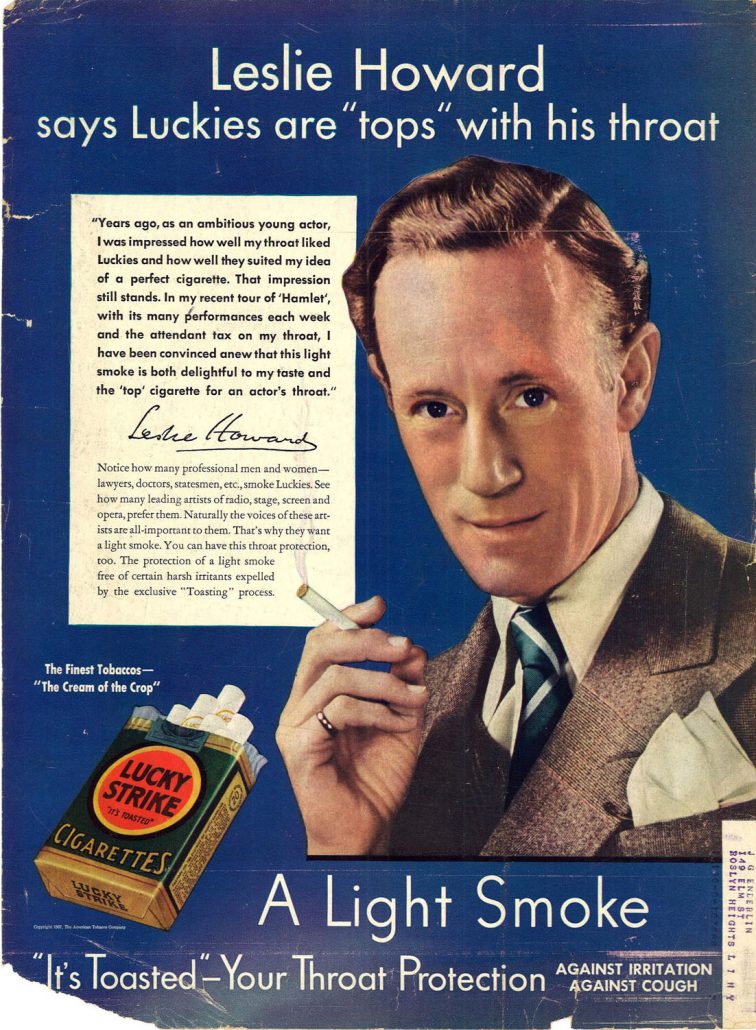 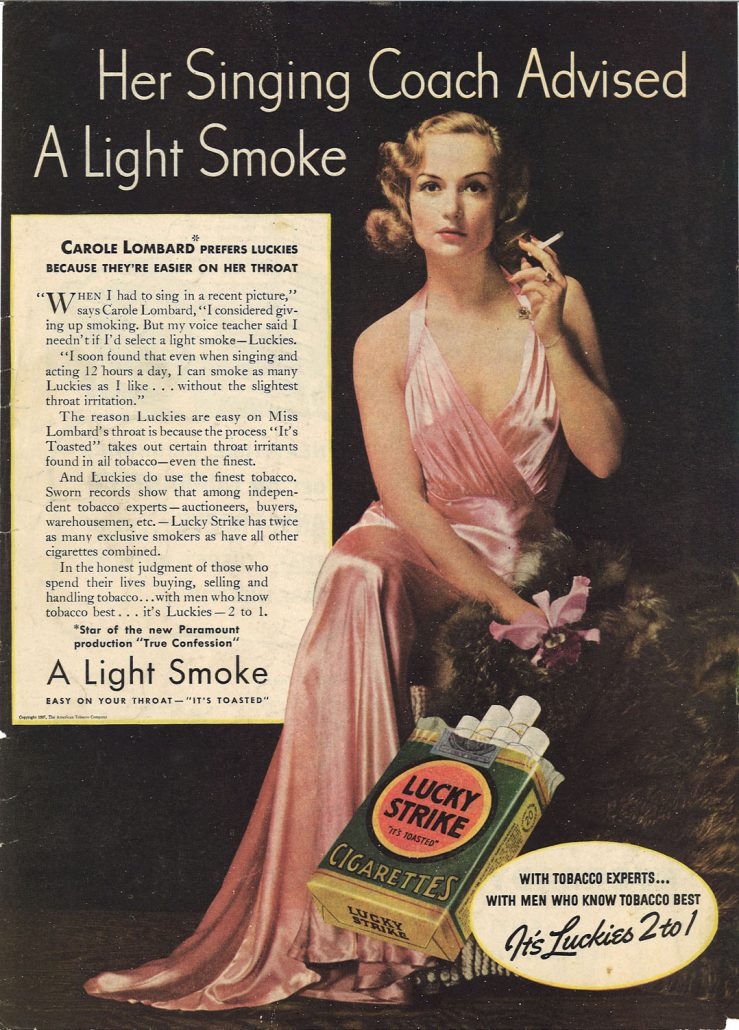 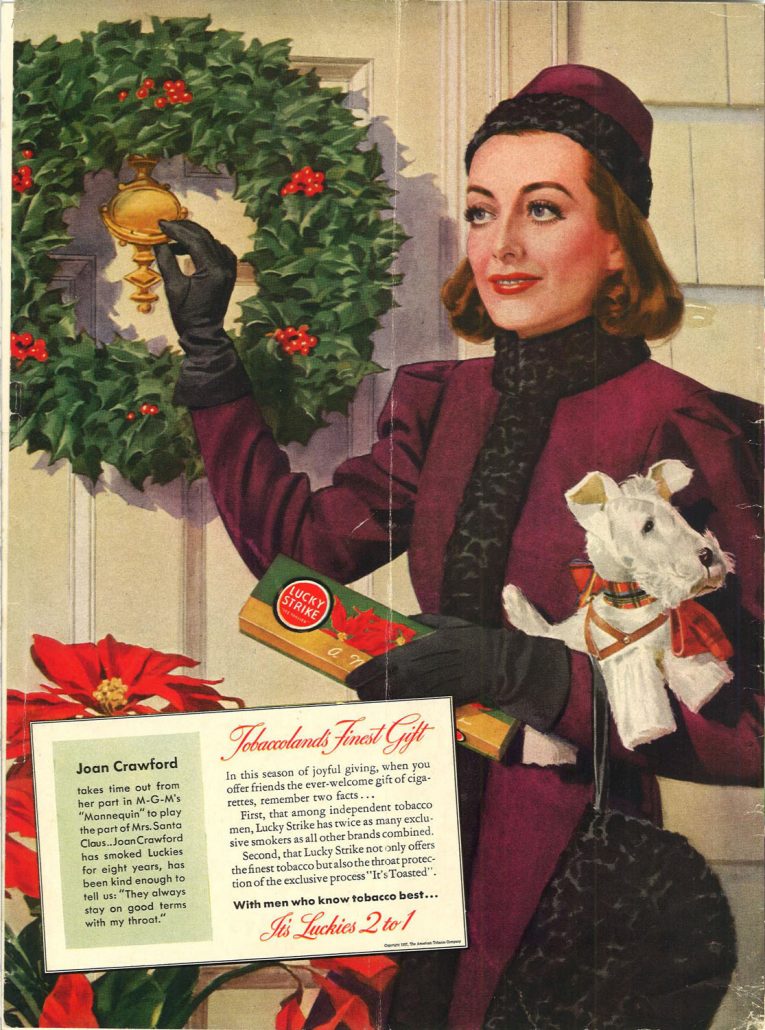 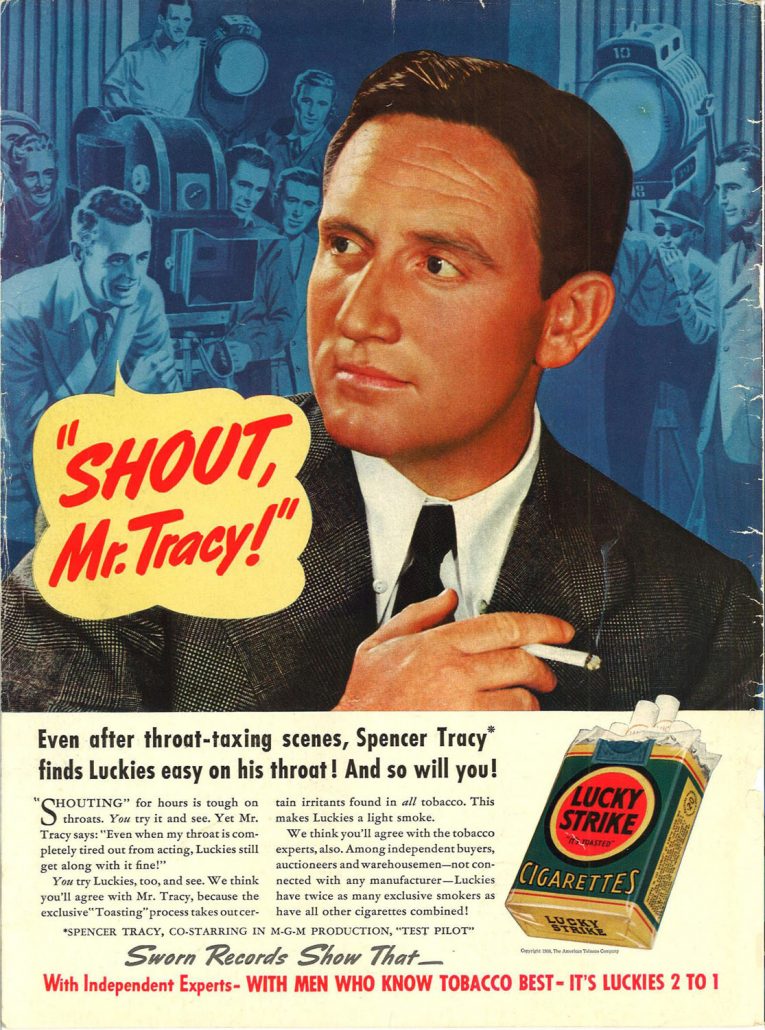 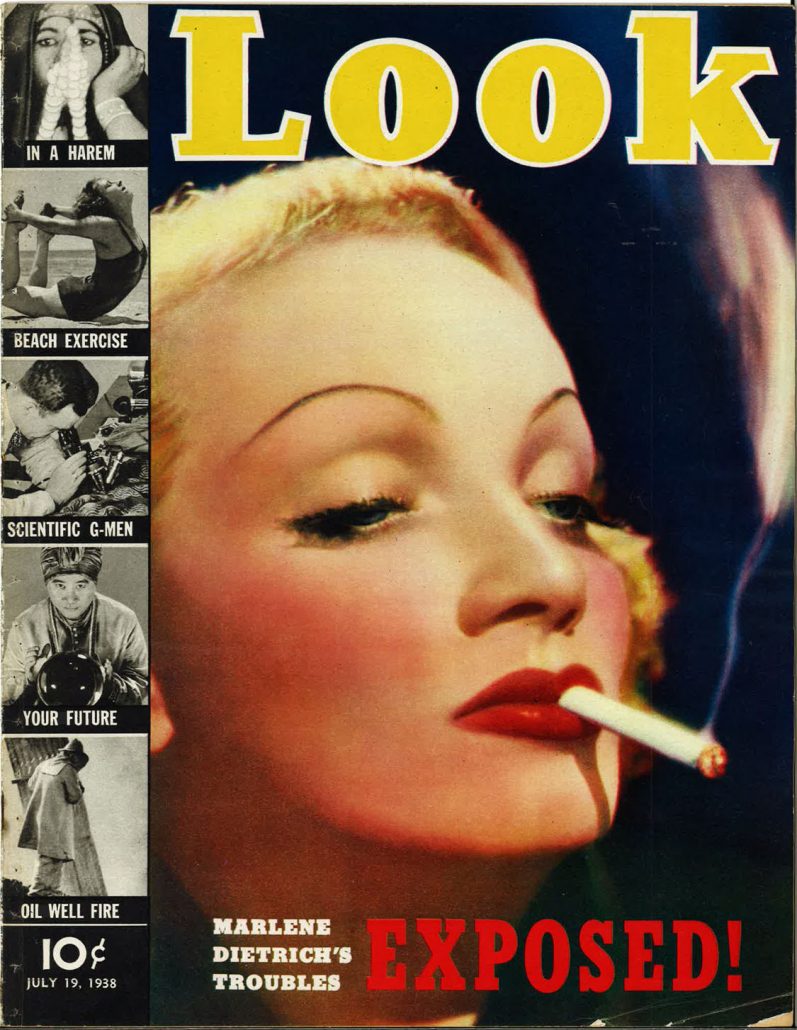 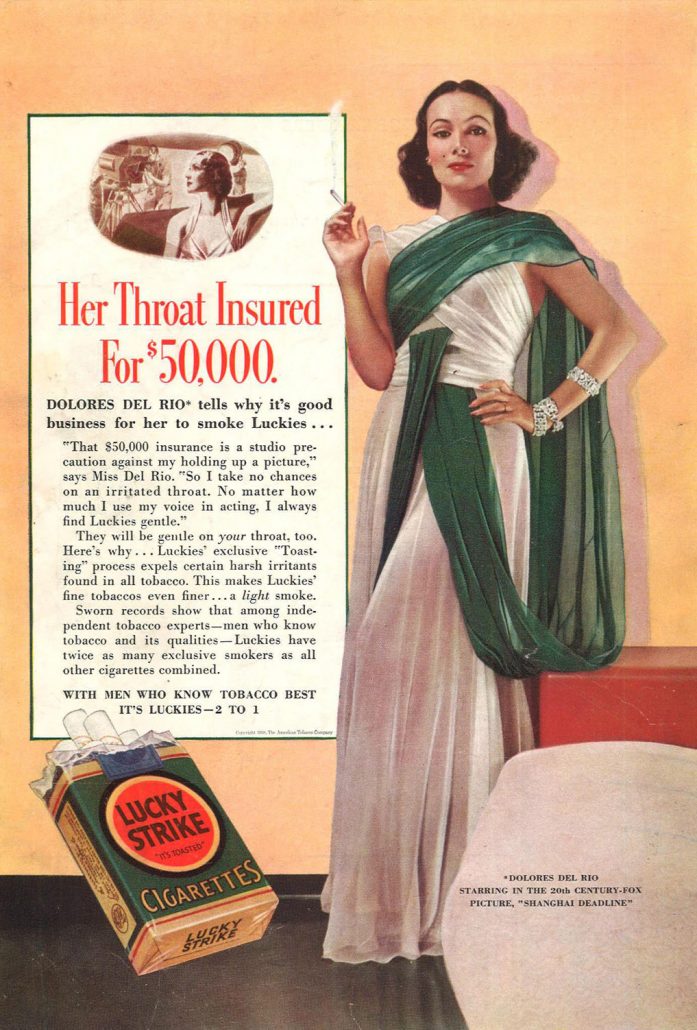 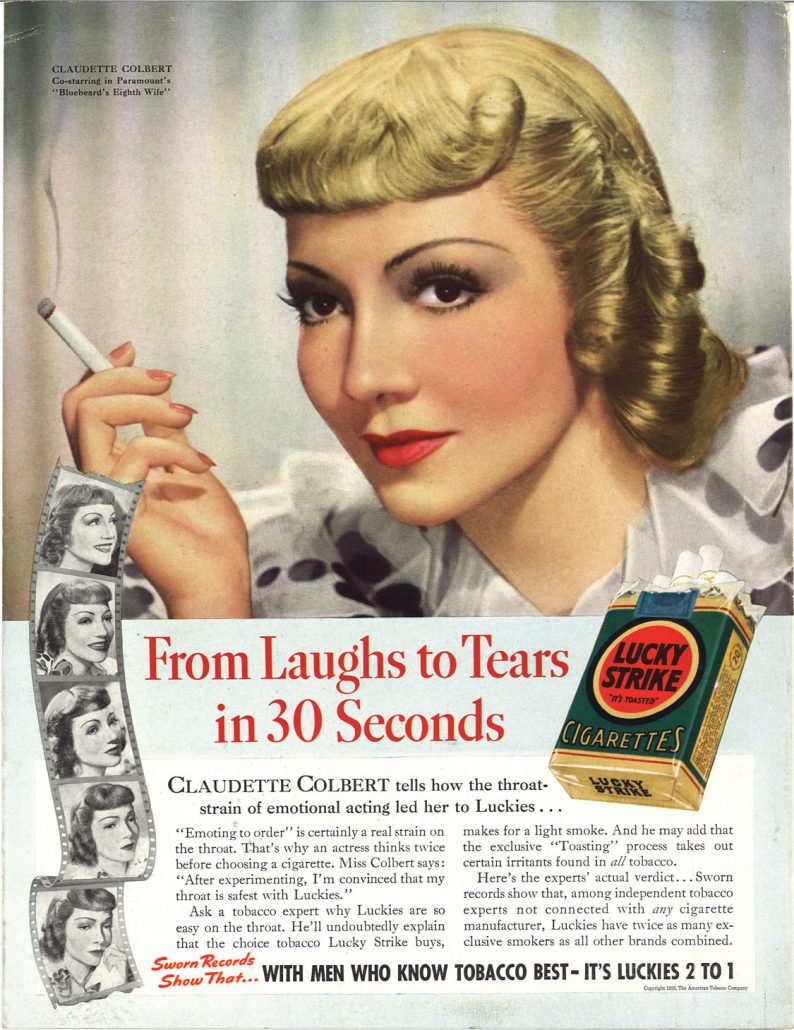 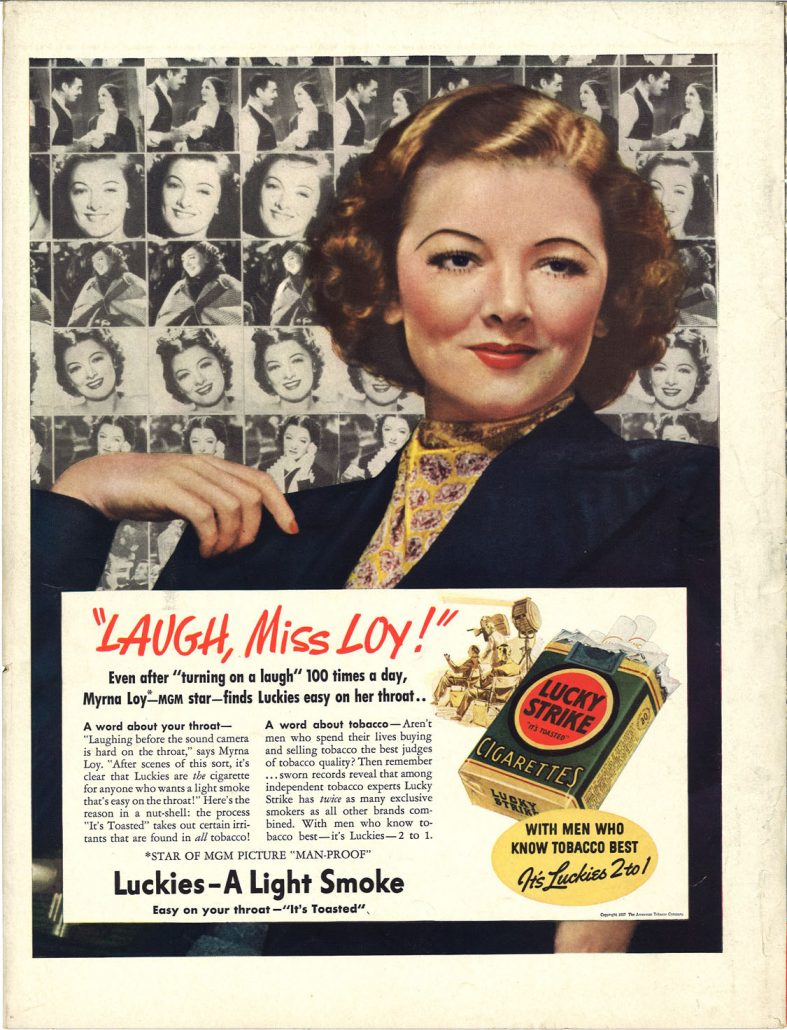 Some of the most iconic films of all time depict smoking in the most memorable scenes. In the final scene of Orson Welles’ The Third Man (1949), heartthrob Anna Schmidt (played by Alida Valli) walks by lovesick Holly Martins (Joseph Cotten) without so much as a glance. He lights a cigarette and flings the match to the ground. The very last thing we see is a puff of smoke.

At the other extreme, the opening scene of Alfred Hitchcock’s Shadow of a Doubt (1943) features a long close-up shot of a sinister Joseph Cotten in bed smoking a cigar.

In the film noir classic Double Indemnity (1944), Fred MacMurray, who has been implicated in a murder, is dying from a gunshot wound. In his last moments, he takes out a cigarette, and his best friend and fellow insurance company investigator Edward G. Robinson helps him light up. With his dying breath, he’s smoking.

Cigarettes were manly but also feminine and were part of some of the most romantic scenes of all time. In North by Northwest (1959), Cary Grant and Eva Marie Saint literally hold hands as they light up on the train. And in Now Voyager (1942), Paul Heinreid asks Bette Davis, “Shall we just have a cigarette on it?” He lights up two of them and hands one to his tearful beloved.

A poignant scene in The Best Years of Our Lives (1946) features double-amputee World War II veteran Harold Russell lighting up a cigarette with his artificial limbs.

Factory workers and bosses alike puffed away at work. Convicts in prison movies all smoked. Reporters and editors chain-smoked while getting out the morning edition. Even priests lit up, as did doctors. Psychiatrists always offered their patients a cigarette. In Gentleman’s Agreement (1947), a cardiologist gives Gregory Peck bad news about his mother’s heart condition while lighting up a cigarette.

Smoking was as normal on airplanes and in hospitals as it was in nightclubs. Cigarettes and sports also went together like ham and eggs. Ricardo Montalban plays a chain-smoking boxer in Right Cross (1950). Although baseball great Babe Ruth died of throat cancer due to smoking, William Bendix, the actor playing him in The Babe Ruth Story (1948), appeared in uniform in a Chesterfield cigarettes ad. Even cartoon characters smoked. In the 1939 cartoon Wholly Smoke, a young Porky Pig gets ahold of a cigar and falls sick with hallucinations from a puff of smoke called Nick O’Teen.

Smoking also played a role in sight gags, such as plumes of smoke forming an arrow and poking Porky Pig in the behind and Harpo Marx’s two-foot long cigarette holder in A Night in Casablanca (1946).