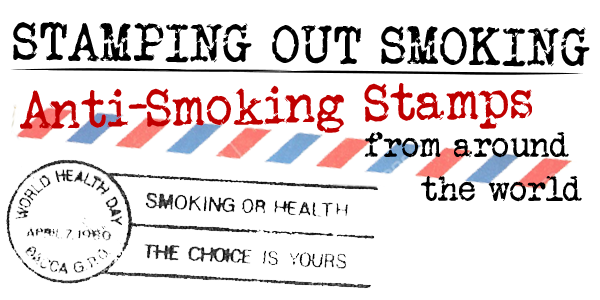 It’s ironic, if not wholly hypocritical, that the US Postal Service (USPS) took pains to airbrush out the cigarette from the photographs on which stamps of artist Jackson Pollack (1998), blues guitarist Robert Johnson (1994), playwright Thornton Wilder (1997), and actors James Dean (1996) and Humphrey Bogart (1997) are based. The cigarette in the photograph of pioneering airmail pilot William “Big Bill” Hopson was also airbrushed from the cover image of a 1997 Postal Service brochure Postmark America. In addition, USPS has issued a controversial Prostate Cancer Awareness stamp (1999) and a semi-postal in 1997 (reissued in 2014) to raise money for breast cancer research. Ironically, too, USPS came under fire by health groups in 1999 for including an image of an elegant woman smoking a cigarette in advertisements promoting its global delivery systems.

Gallery of U.S. postage stamps and promotional materials with cigarettes removed by airbrushing and photoshop.

▼ Scroll Down to View Gallery | Click any Image to Enlarge It ▼ 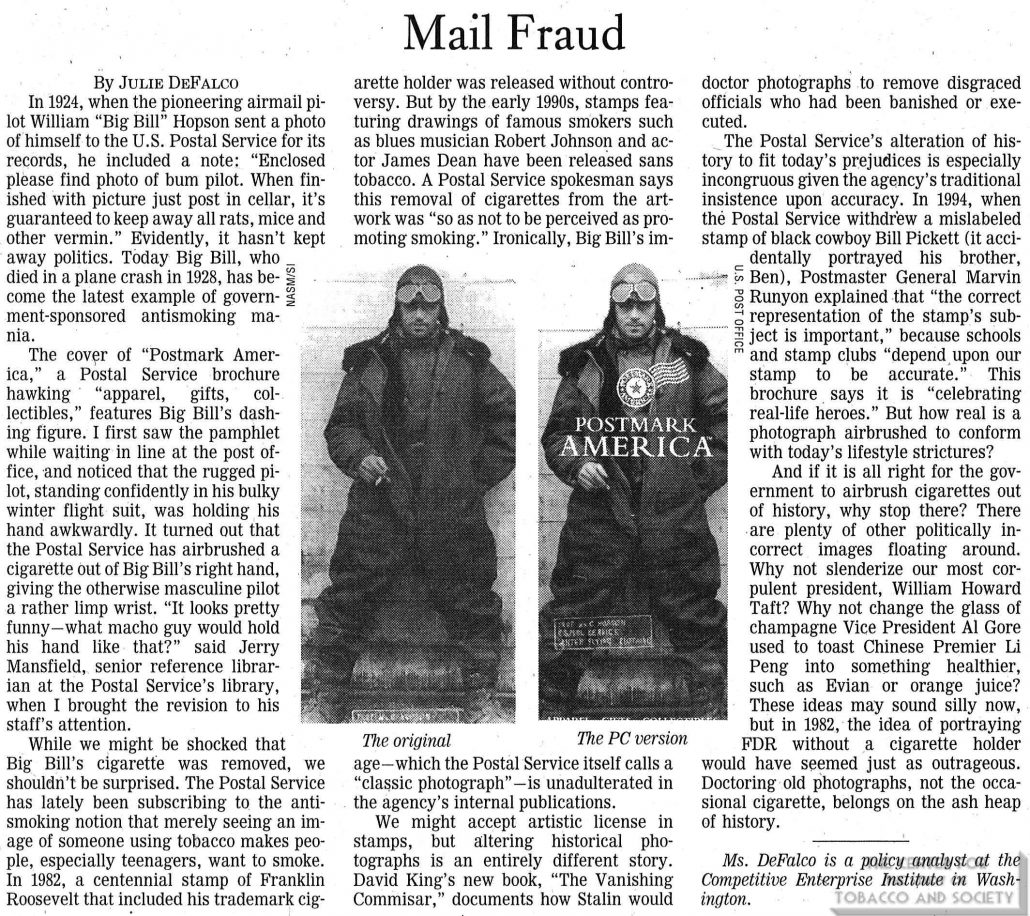 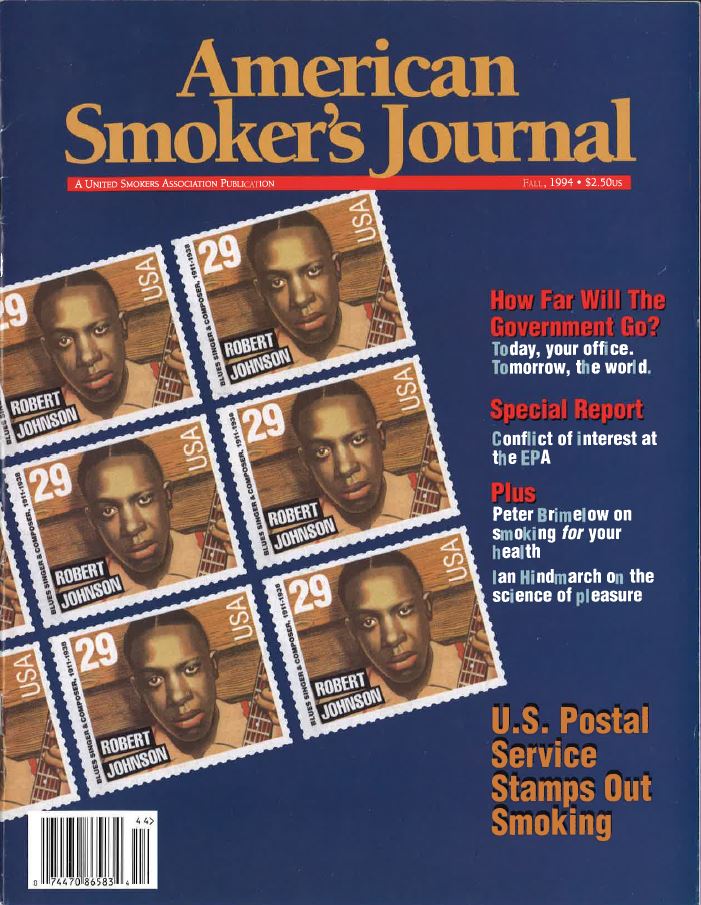 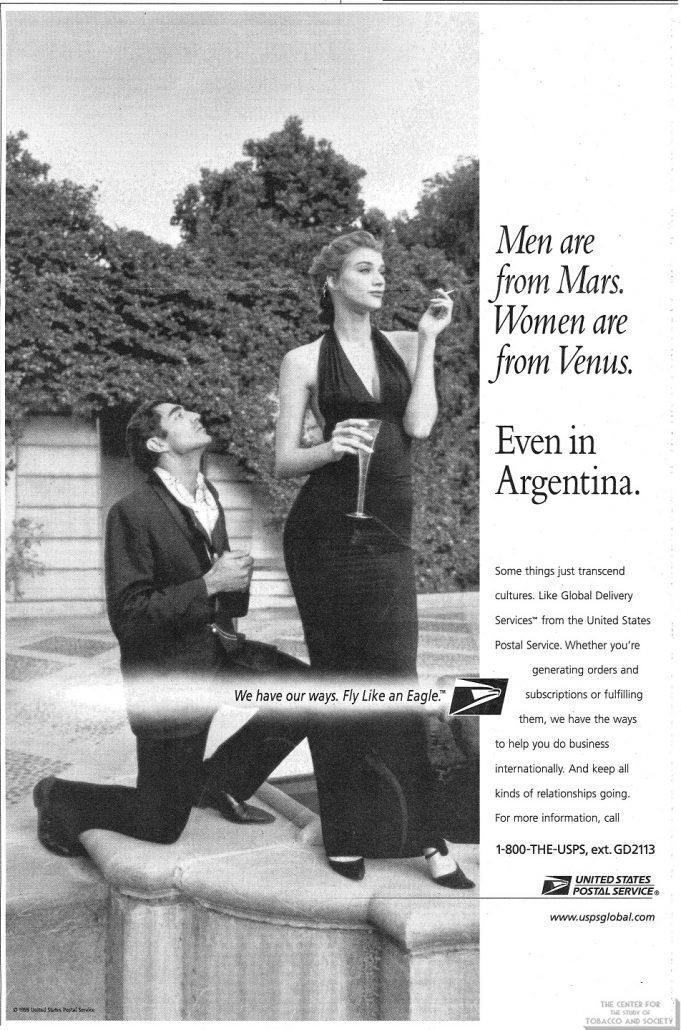 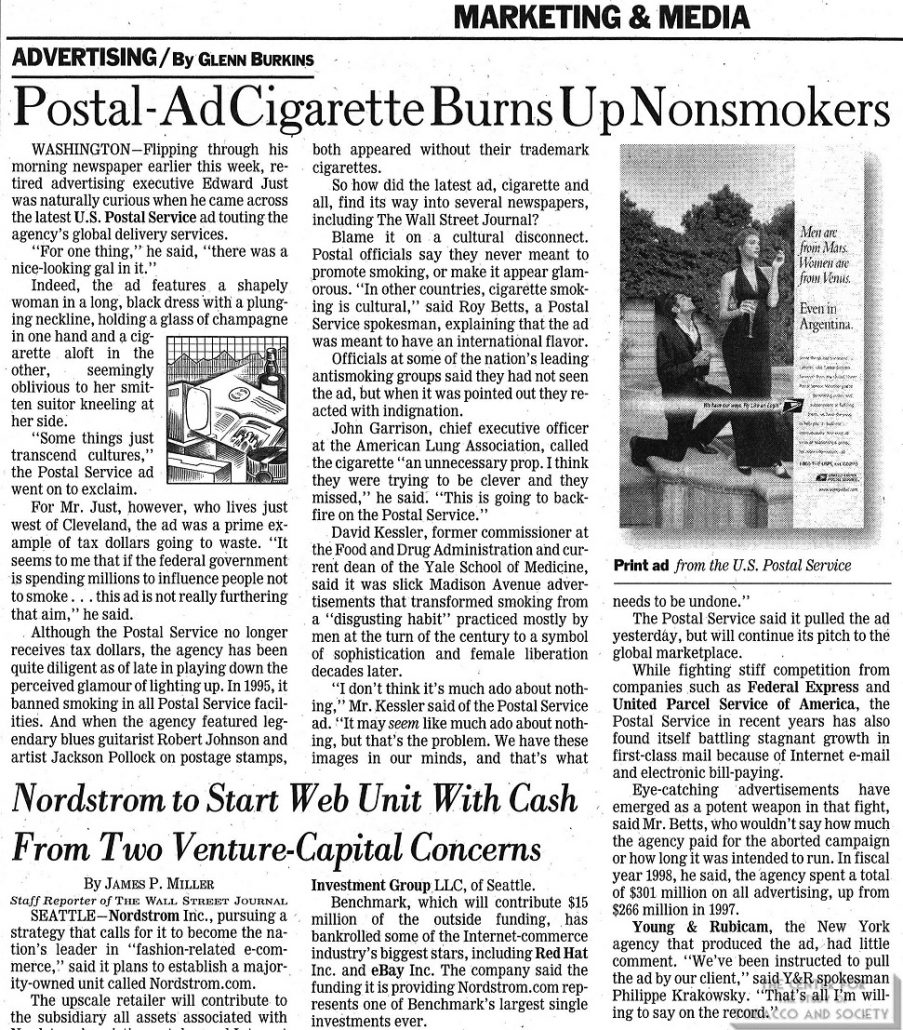