In the early 1900s, W. T. Blackwell and Company of Durham, North Carolina, makers of the nation’s most widely advertised tobacco product, Genuine Bull Durham Smoking Tobacco, began placing large painted signs with an image of the brand’s mascot, a fierce bull, at baseball parks. In 1912, the company offered players in the major leagues $50 (the equivalent of $1,500 today) for hitting the Bull Durham sign with a home run ball, as well as free tobacco to any player who hit a home run. Although the term “bull-pen” in baseball was first used in 1877 to refer to a space behind the outfield bleachers where spectators waited to be admitted at a discount, the most popular theory of the origin of “bullpen,” the area where relief pitchers warm up, is that this was where the Bull Durham tobacco signs were placed. 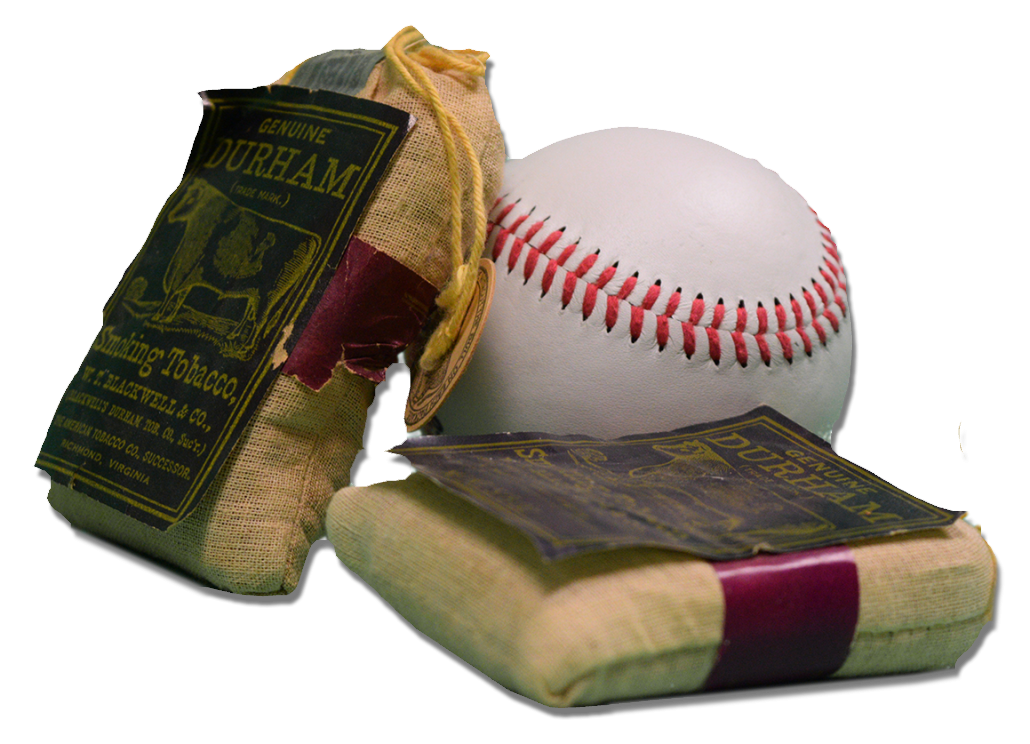 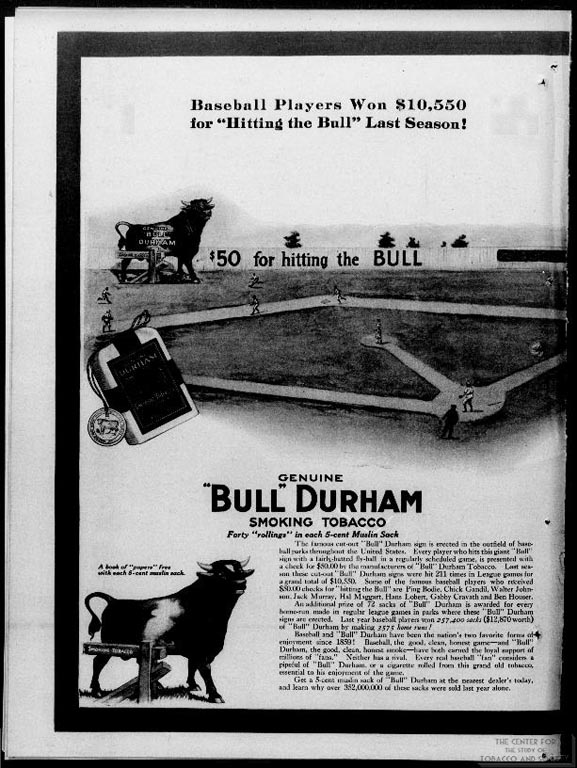 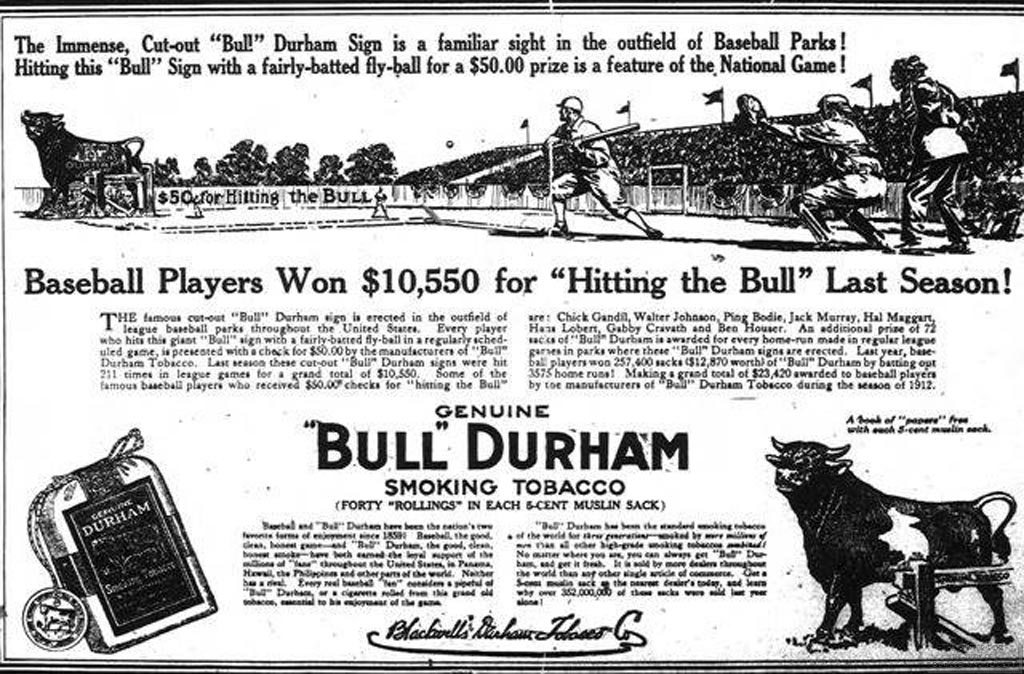