The global technology company that makes MRIs, other advanced healthcare equipment, and some of the world’s fastest cigarette-making machines

SIEMENS AG, a multinational engineering and electronics corporation and Europe’s largest industrial manufacturer, has cultivated an image as a medical equipment and healthcare company in advertisements in major magazines and newspapers with headlines such as “More health care stories with happier endings.” SIEMENS is one of Stand Up To Cancer’s “Champions,” a high-level partner. Among the 170-year old German-based company’s divisions is Siemens Healthineers, which produces a broad spectrum of immunoassay, chemistry, hematology, molecular, and urinalysis testing technology for clinical laboratories. The company is also a leader in medical imaging. In 2015, The Wall Street Journal reported that SIEMENS was tied with General Electric for the highest market share in the medical imaging field (28%).

But this self-proclaimed healthcare leader is also a leading manufacturer of cigarette-making machinery. Among SIEMENS’s customers has been Philip Morris USA, maker of the best-selling cigarette brand Marlboro. According to SIEMENS’s website in 2015, the company’s tobacco industry division includes “machines for the manufacturing and packaging of cigarettes at speeds of 4,000 to 20,000 cigarettes per minute,” and its “Simotion Motion Control System is now gaining a foothold in the cigarette manufacturing industry.” A single SIEMENS machine thus produces 1.2 million cigarettes (or 60,000 packs) during the annual one-hour Stand Up To Cancer telecast.

This exhibition includes screenshots of the SIEMENS website in 2015 that showcase its work for RJ Reynolds, British American Tobacco, Japan Tobacco, Imperial Tobacco Company of India, and the China tobacco monopoly. Today SIEMENS’ streamlined public-facing website gives no obvious clue that the company is still an ally of cigarette manufacturers.

It cannot go unmentioned SIEMENS was also Germany’s leading industrial conglomerate throughout the Nazi era and made use of hundreds of thousands of slave laborers, including in factories inside concentration camps.

Alan Blum, MD
Director, The Center for the Study of Tobacco and Society 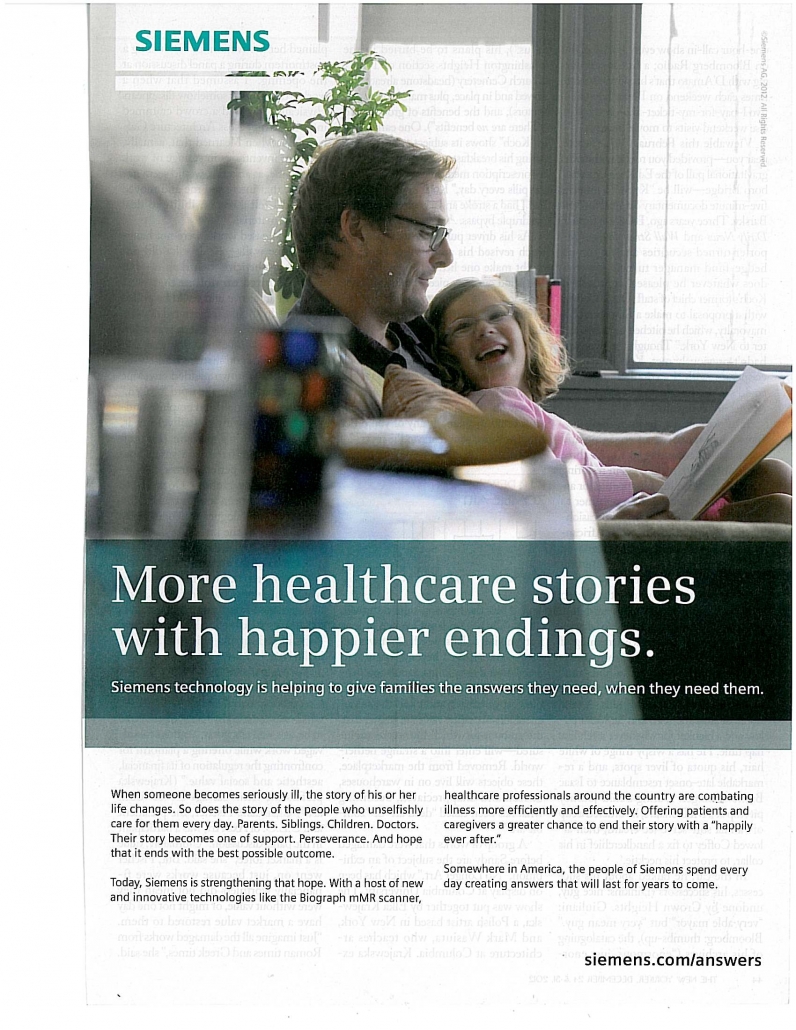 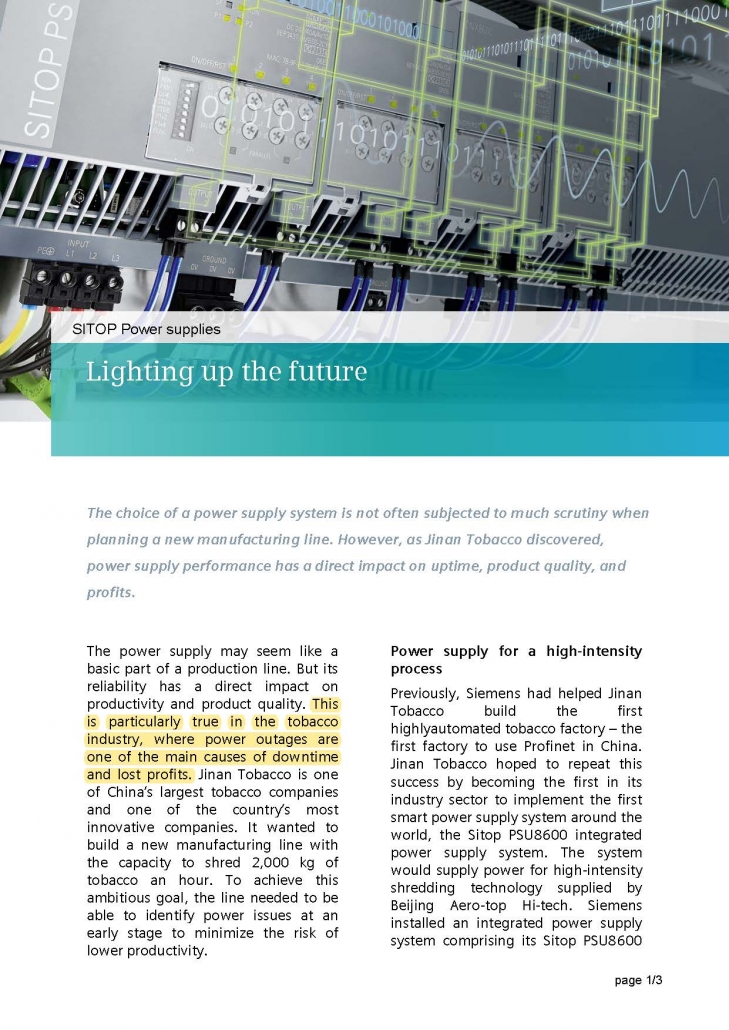 “Lighting up the future”

Article in THE MAGAZINE, published by SIEMENS 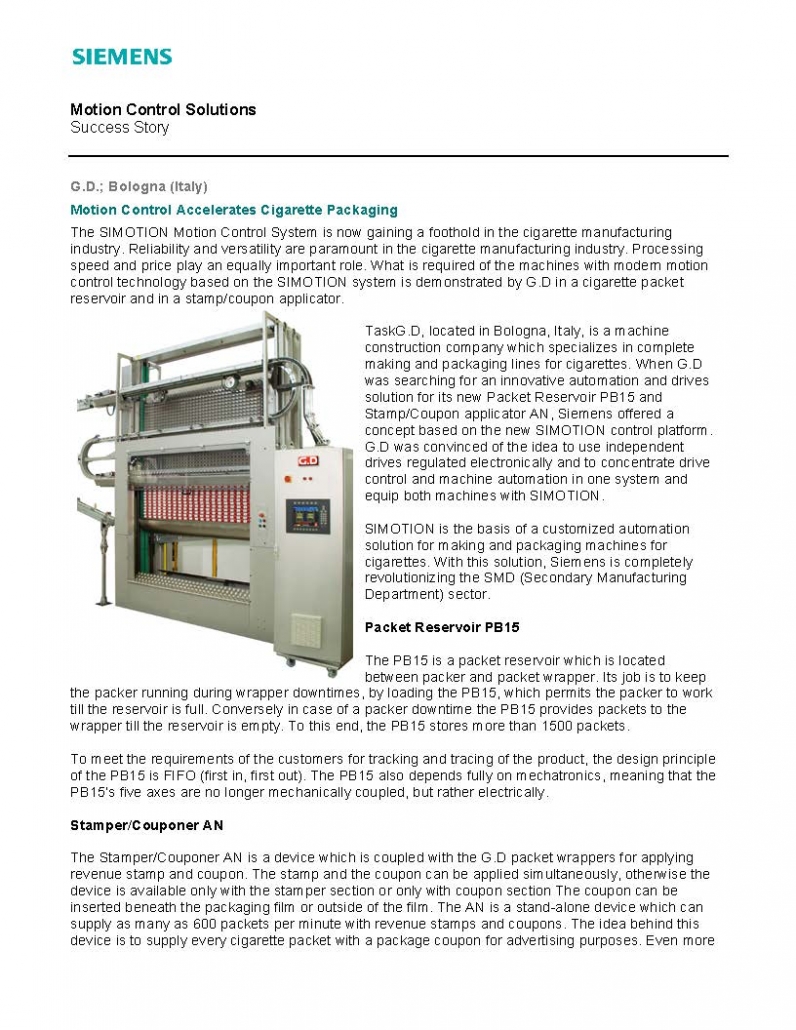 SIEMENS: An ideal match for tobacco processing and cigarette production 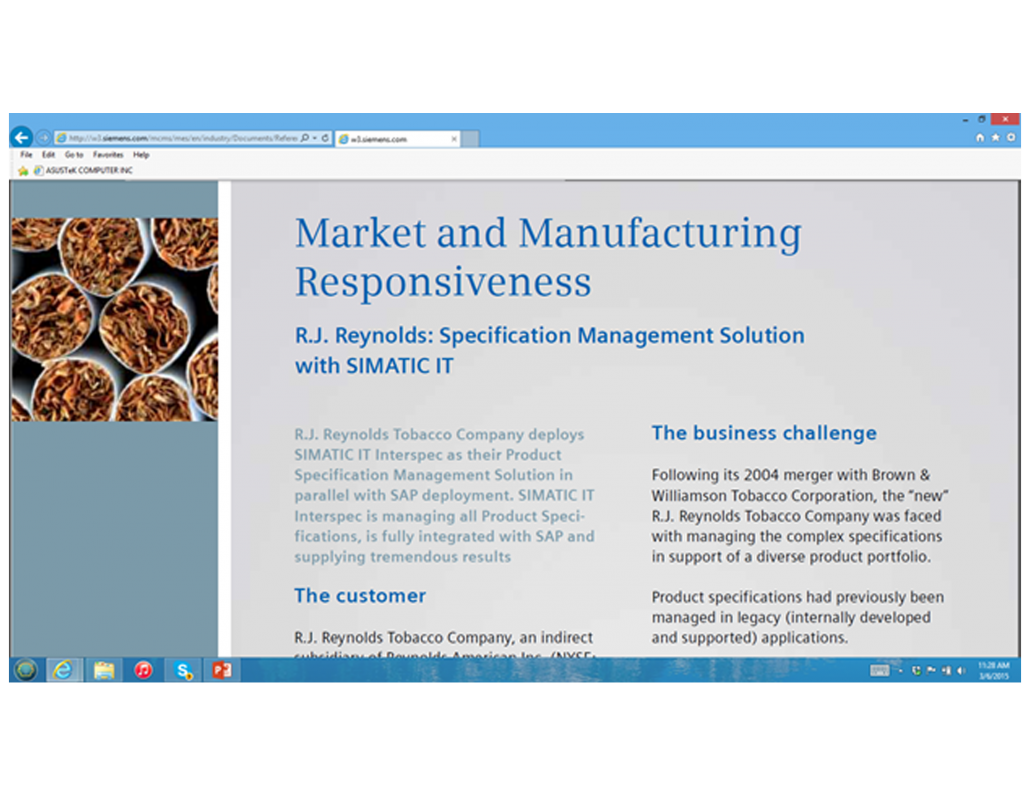