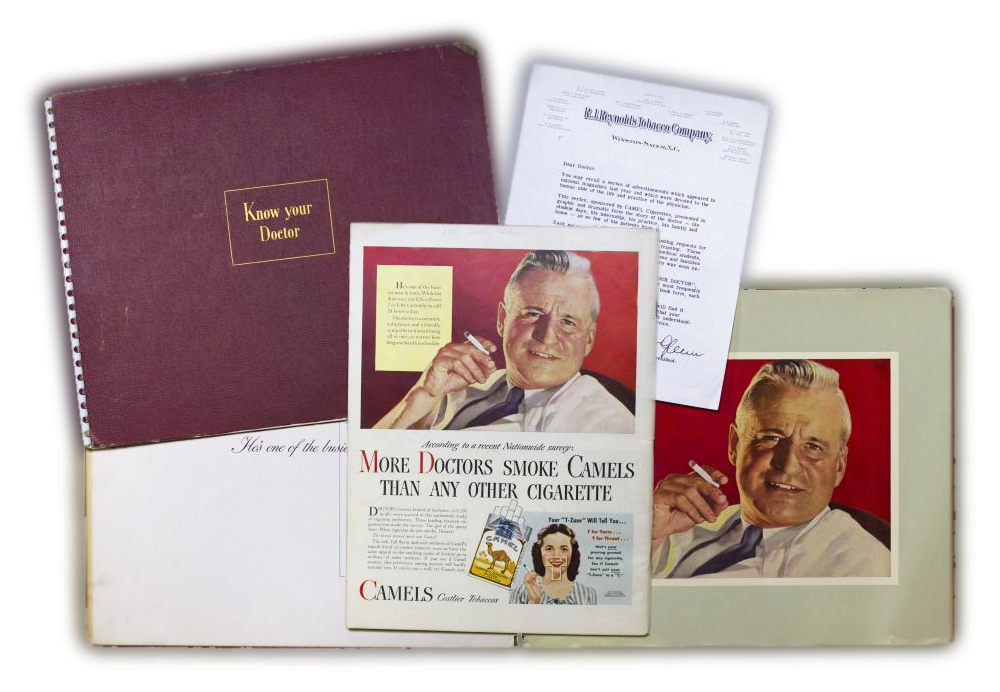 The exhibition takes its name from an RJ Reynolds Tobacco Company advertising campaign in newspapers and on radio from the late-1940s to the early-1950s: “More Doctors smoke Camels than any other cigarette.”

The advertisements in this exhibition were selected from more than 1000 magazine and medical journals collected by Dr. and Mrs. (Doris) Blum beginning in the late-1970s during his residency in family medicine at the University of Miami. Each advertisement reflects the irony of promoting cigarettes by using an appeal to health.

In 1992 part of the exhibition was incorporated into a documentary by Dr. Blum and Eric Solberg, “Medicine vs. Madison Avenue: Fighting Smoke with Fire” https://csts.ua.edu/multimedia/csts-videos/medicine-vs-madison-avenue/, which received a top award at the 1994 International Medical Film Festival. In 2001, the exhibition was revived at the Reynolds Historical Library of the University of Alabama at Birmingham School of Medicine, and has been seen at other medical schools, conferences, and libraries. 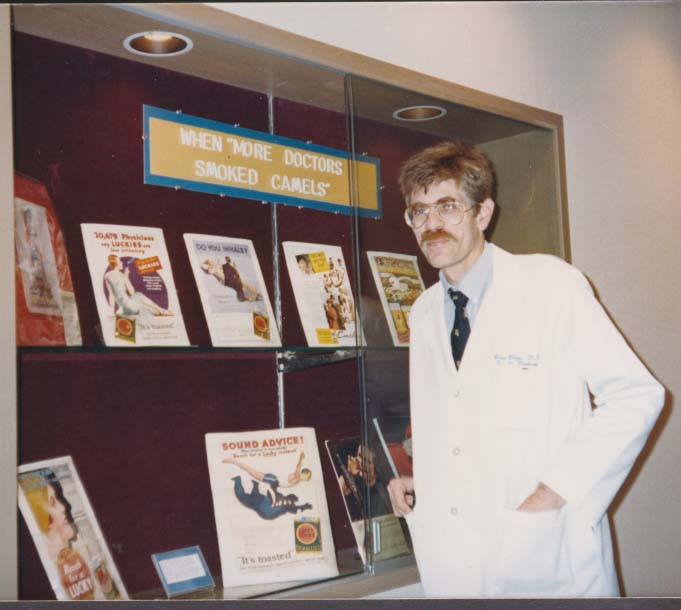 November through February, 1988-89 in Houston, Texas

Blum A. When “More Doctors Smoked Camels”. Center for the Study of Tobacco and Society. https://csts.ua.edu/exhibitions/1988-camels/. Published March 7, 2017. 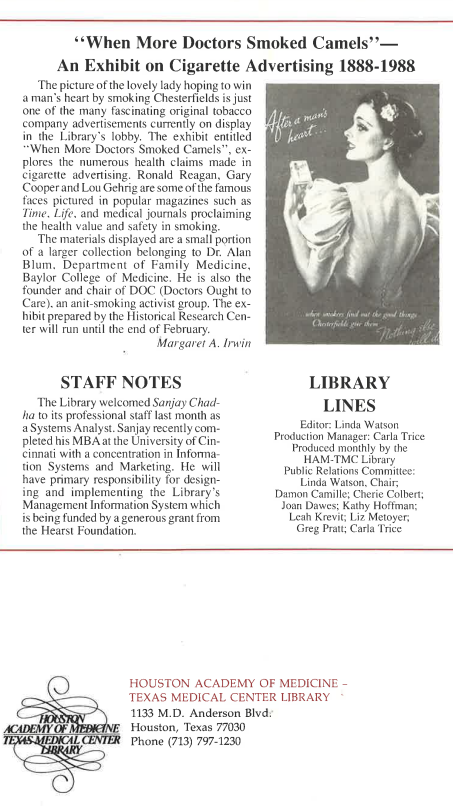 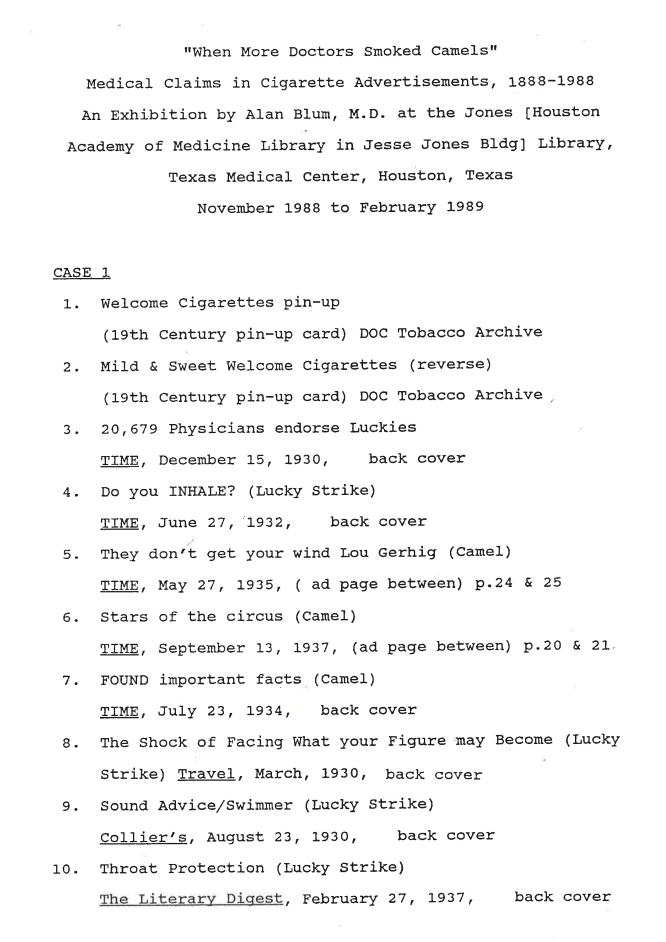 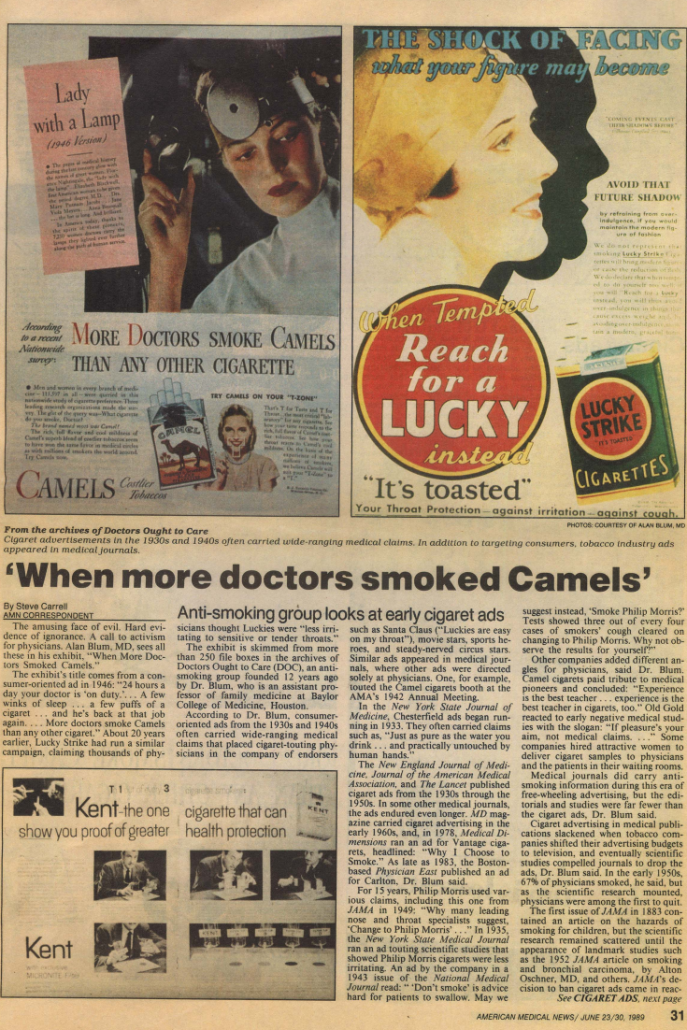 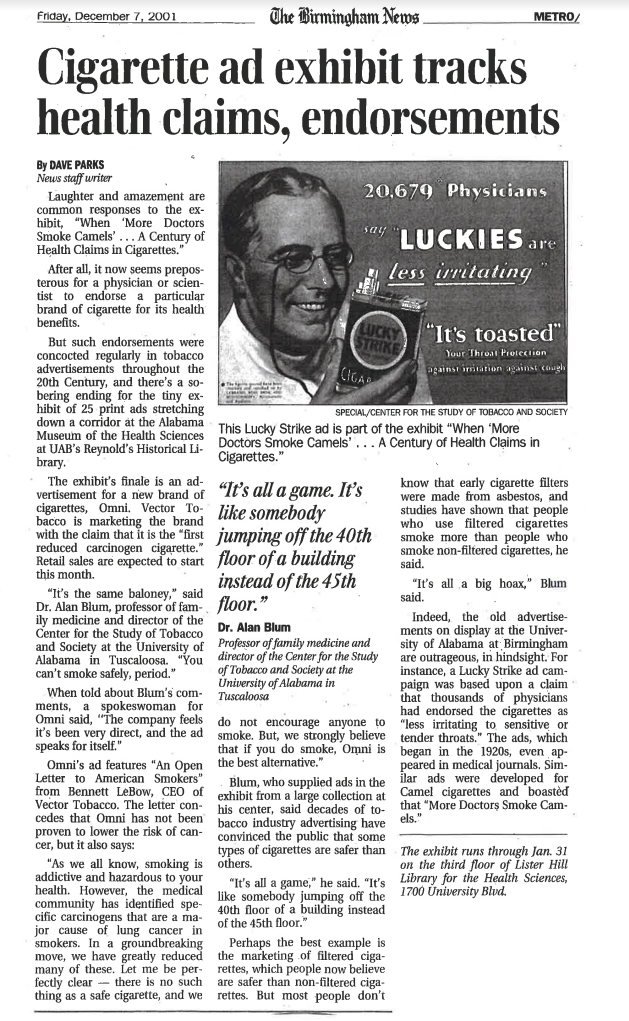 [Review of the updated version of the exhibition at the Reynolds Historical Library, University of Alabama at Birmingham, 2001] 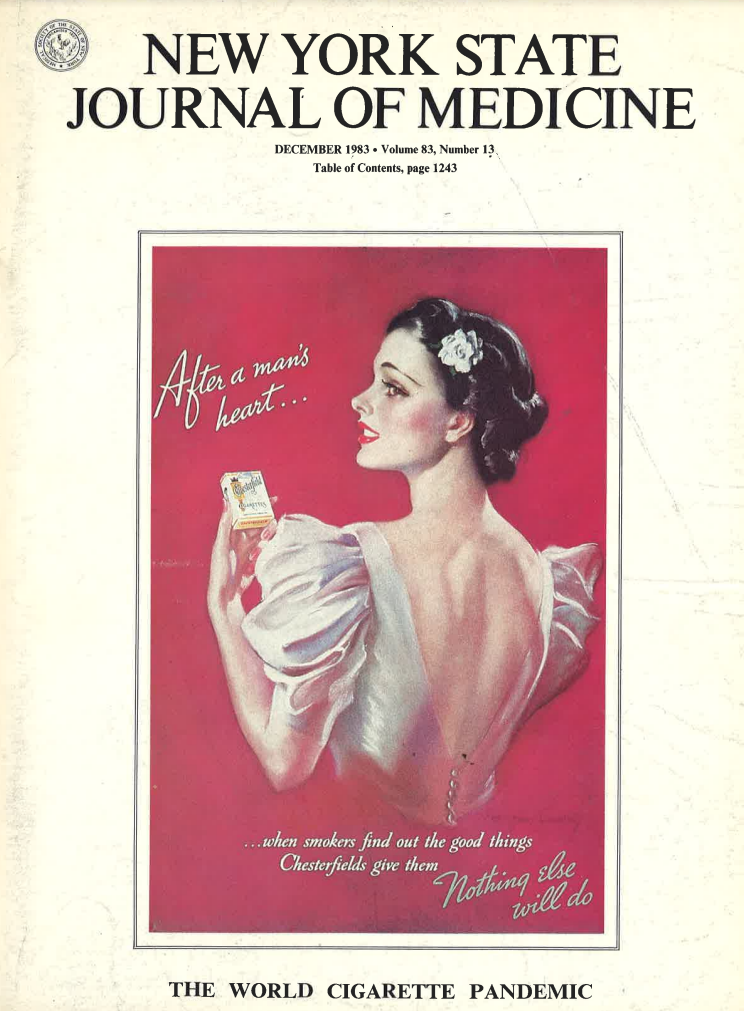 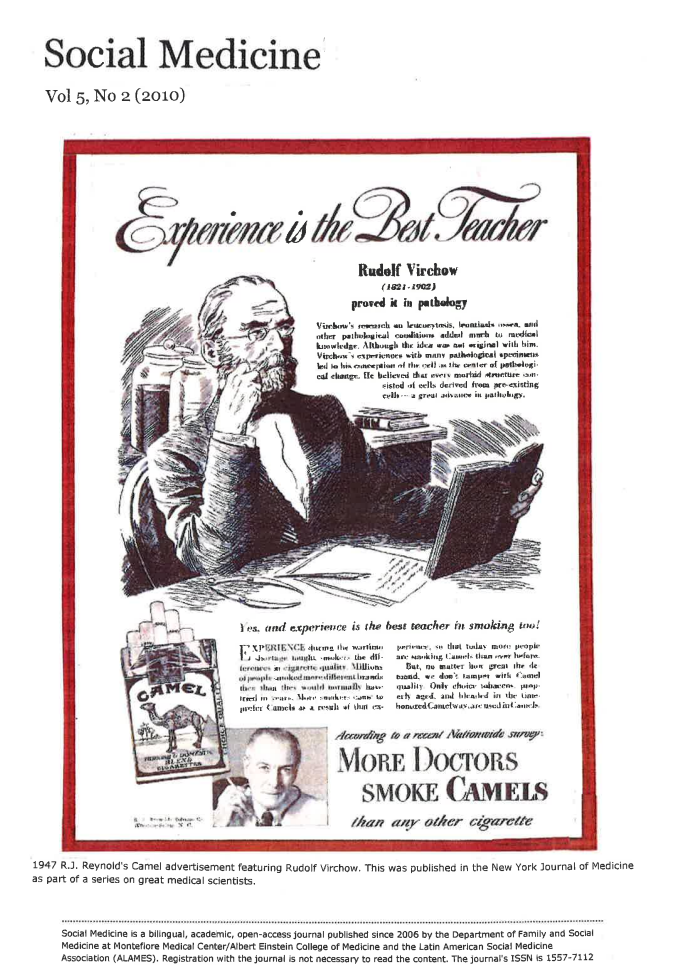 Return to Exhibitions
Scroll to top