Depictions of Smoking in Pharmaceutical Advertising

“The Most Addictive Thing About Cigarettes Is the Money”

For decades pharmaceutical manufacturers have employed stereotypical images of the inveterate smoker in advertisements for prescription medications in medical journals. Physicians have thus been cued not to talk with the patient about stopping smoking but rather to prescribe an additional medication, often one to treat an adverse effect of smoking. But everyone “benefits”: the physician (who gets to bill for having prescribed a medication), the pharmacist (for filling the prescription), the patient (for being given a purported cure), the medical journal (for the advertising revenue), the advertising agency, and most of all the pharmaceutical company. Because it usually takes many attempts to stop smoking, tobacco companies and retailers also continue to benefit when patients relapse.

Not included here are the many Chantix and Nicorette advertisements on TV and in both the medical and lay press, because this brings up a different can of worms: the exaggerated claim that one needs a medication in order to stop smoking. Or as Mark Twain said, “Giving up smoking is the easiest thing in the world. I know because I’ve done it thousands of times.”

Two medications, Keytrruda (penbrolizumab), manufactured by Merck and Opdivo (nivolumab), manufactured by Bristol Myers Squibb, are approved for use in patients with one type of lung cancer (advanced metastatic non-small cell lung cancer). They work by helping the immune system recognize and attack cancer cells. The pricetag of these medications is approximately $150,000 a year. The slogan for Keytruda is “A chance to live longer.” Yet the medications are effective in only 25% of patients, and it is difficult to predict which patients are likely to benefit. The extension of life that these medications could provide over conventional chemotherapy is usually measured in months, not years. Upwards of 90% of cases of lung cancer are caused by cigarette smoking. Far more money has been spent promoting Keytruda and Opdivo on TV and in magazines in recent years than has been spent on advertisements for smoking prevention and smoking cessation. 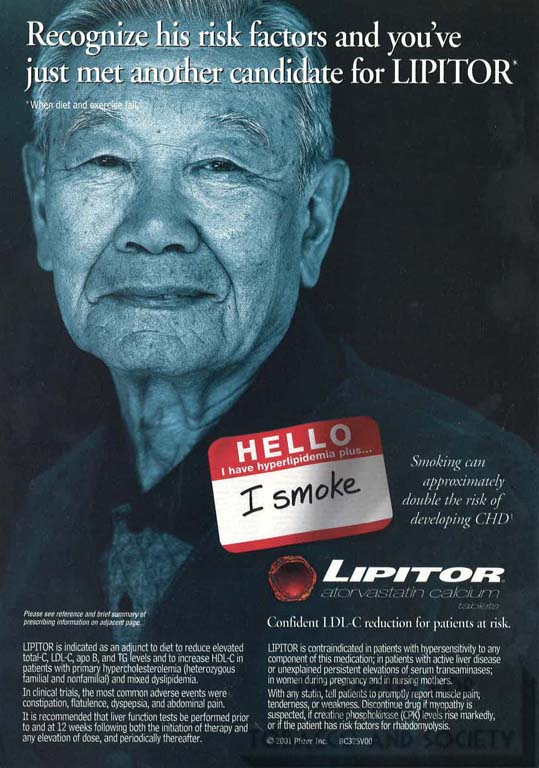 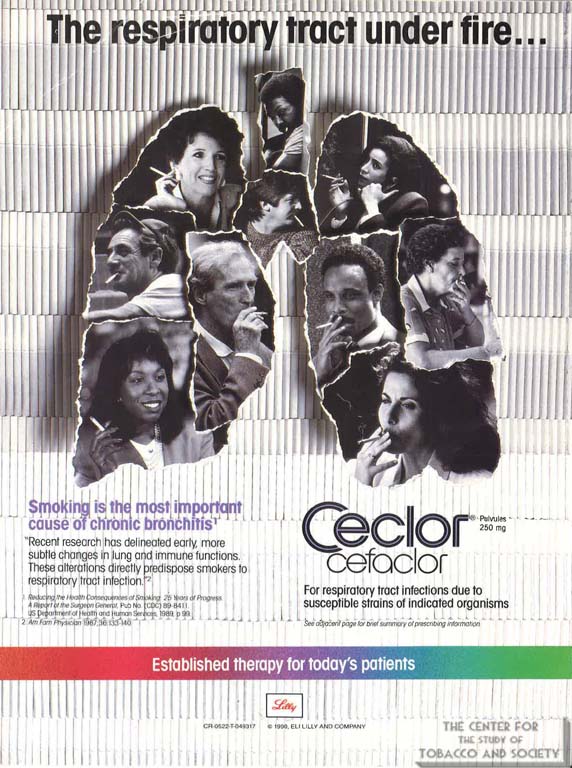 The respiratory tract under fire 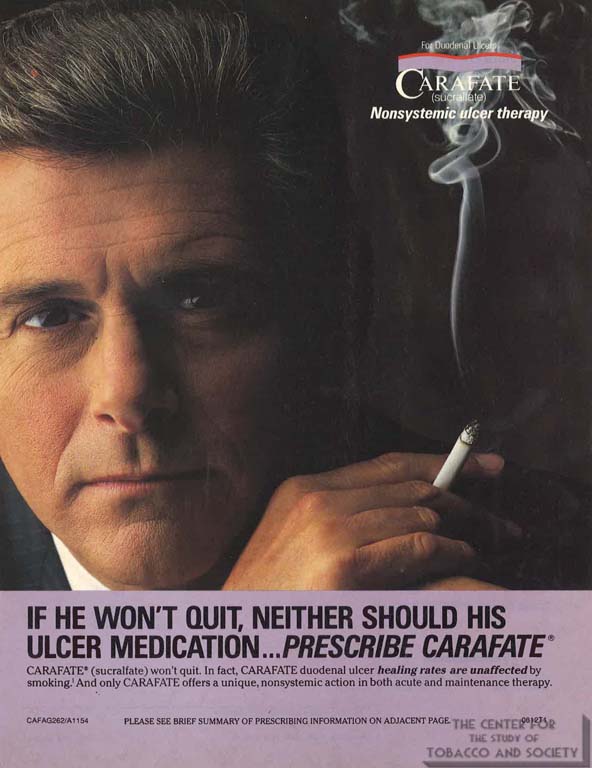 If he won’t quit neither should his ulcer medication 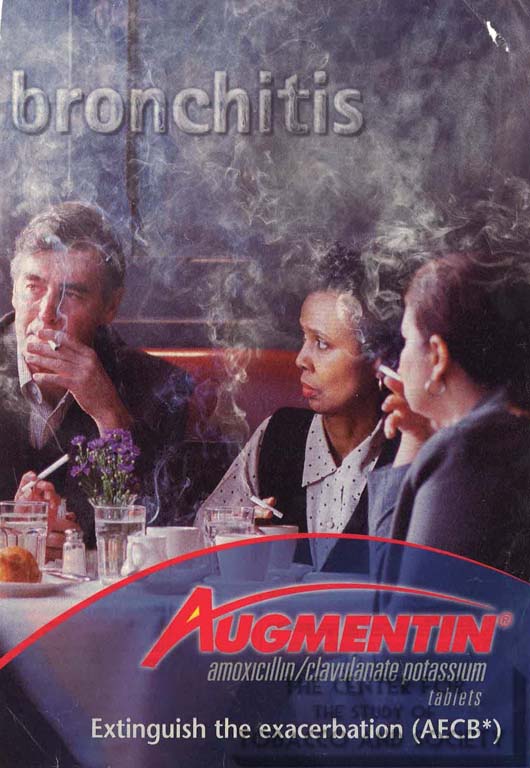 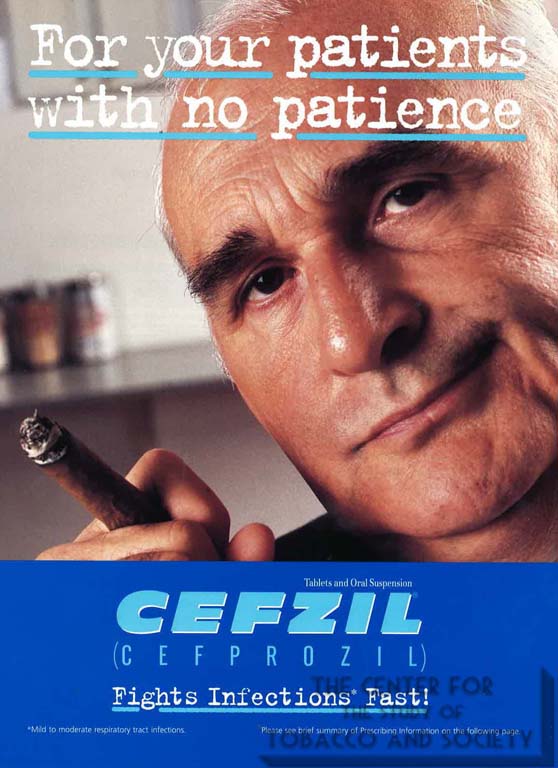 For your patients with no patience

How do you treat chronic brochitis? 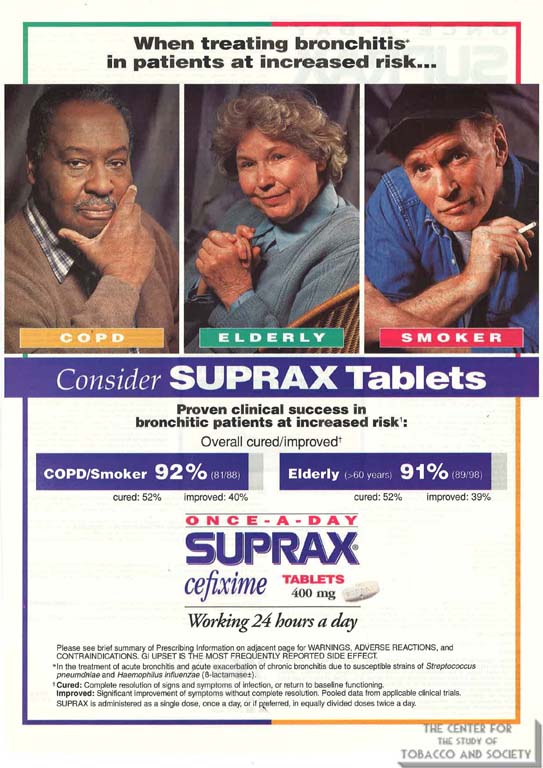 When treating bronchitis in patients at increased risk 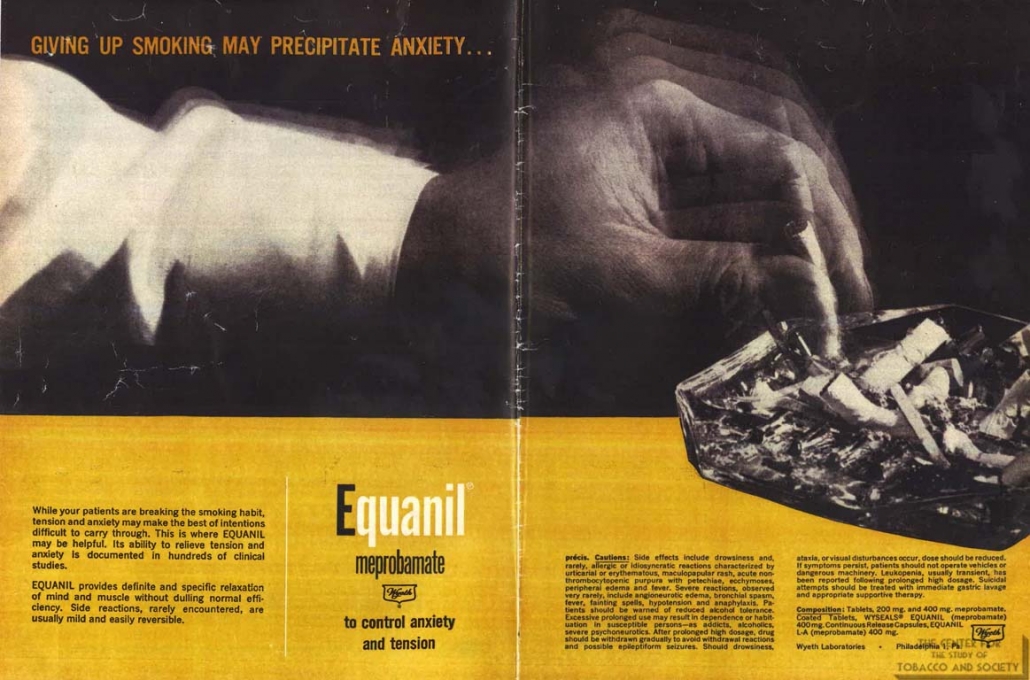 Giving up smoking may precipitate anxiety… 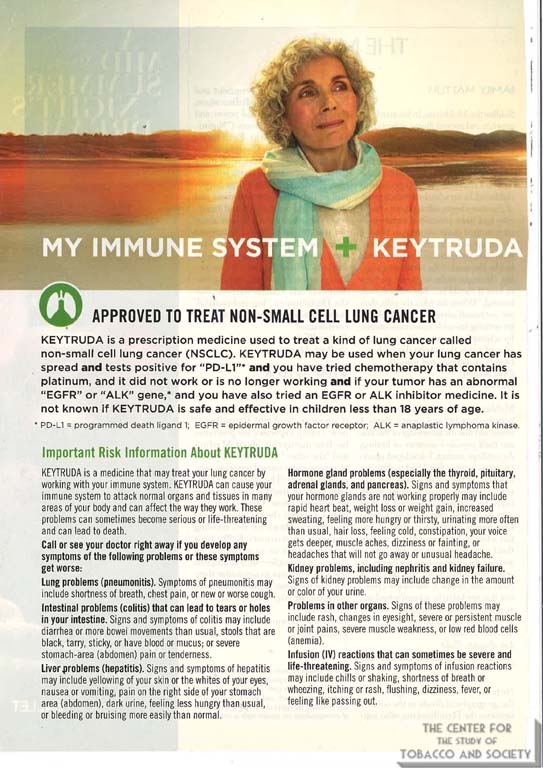 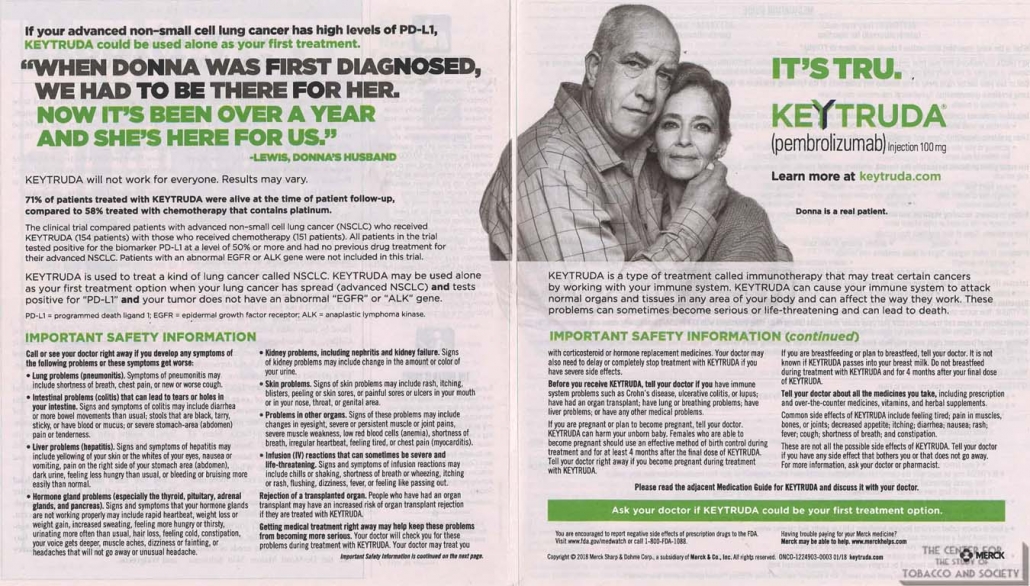 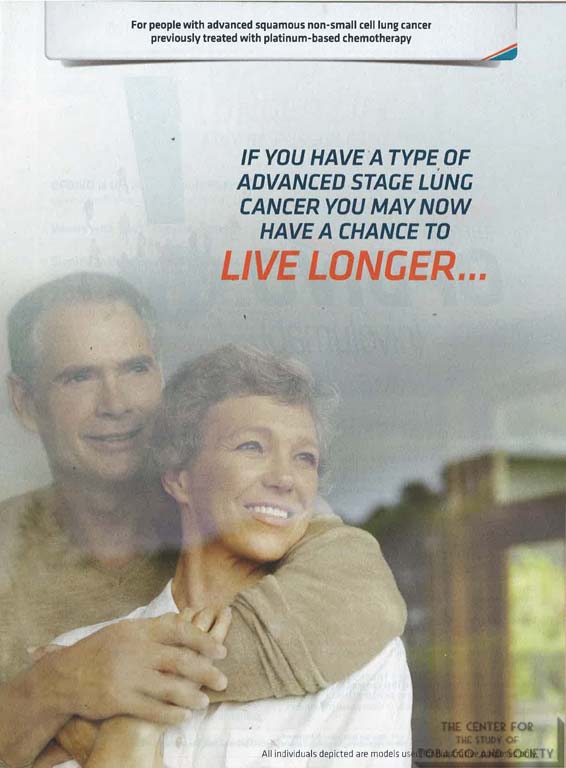 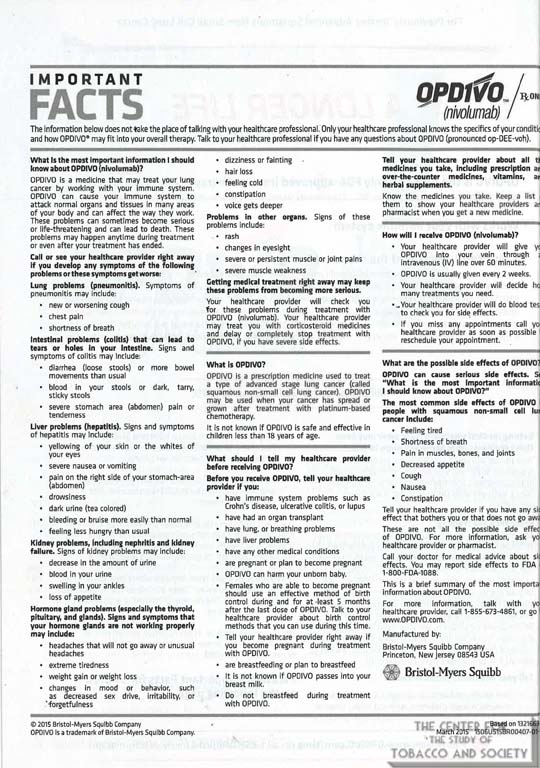 DEPICTIONS OF SMOKING IN PHARMACEUTICAL ADVERTISING