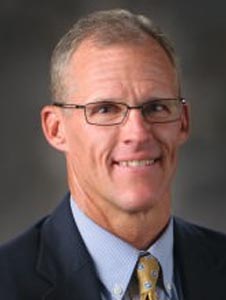 Advisor, Center for the Study of Tobacco and Society

Eric Solberg serves as Vice President for Academic and Research Affairs for The University of Texas Health Science Center at Houston (UTHealth) and is an associate member of the faculty of the McGovern Center for Humanities and Ethics. From 2007–2015, he also served as Associate Dean for the Graduate School of Biomedical Sciences at UTHealth.

The Center for the Study of Tobacco and Society

After serving as manager of community health programs at the North Dakota Department of Health in the late-1980s, Eric was named executive director of DOC in 1990. In this role, he investigated and uncovered controversial alliances that cigarette manufacturers developed with health, medical, and pharmaceutical companies and organizations. Over the past three decades, he has co-authored numerous papers and textbook chapters with Dr. Alan Blum and others on these alliances, provided more than 350 lectures world-wide, has served as an expert witness and consultant in tobacco litigation and public policy development, and has advised several public and private health foundations. From 1991-1994 he was an assistant editor for Tobacco Control – An International Journal. In the aftermath of tobacco litigation settlements, which generated billions of dollars for states and municipalities across the United States, he served as a consultant to foster the engagement of all health professionals in developing innovative programs.

His most recent efforts over the past decade have focused on the ethical dimensions of public health related to tobacco control within the context of health behavior, “personalized” health management and risk in public health in a way that considers expanding these discussions to support the notion of accountability as an important principle. By doing so, he has challenged the conventional thinking of public health authorities and institutions to engage in an honest self-evaluation in the development of realistic objectives, priorities and accountability in the “tobacco control” establishment.