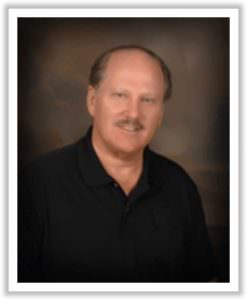 Advisor, Center for the Study of Tobacco & Society

Rick Richards, MD, began his career in healthcare as a resident in family medicine. This was followed by a four year tour in the United States Army, where he was recognized on numerous occasions for his skills and leadership abilities.

In 1977, Dr. Richards co-founded the organization Doctors Ought to Care (DOC) with fellow family physician Dr. Alan Blum. Dr. Richards served as President of the organization and is credited with many accomplishments during his tenure, some of which include starting, editing, and publishing The Journal of Medical Activism; starting the South Carolina chapter of DOC; designing and implementing a school health promotion curriculum titled “SuperHealth 79” (it is currently known as “Tar Wars”). By the end of his tenure as President, DOC had grown into an international organization of over 5,000 members with active DOC chapters at most medical schools and many family medicine residency programs.

In 1983, Dr. Richards joined the faculty at the Medical College of Georgia, where he was an Assistant Professor for ten years. His accomplishments were again recognized by a wide range of notable groups and organizations, from his own medical students to then Surgeon General C. Everett Koop. In 1993, he departed as Associate Professor from the Medical College of Georgia. Four years later, Dr. Richards left clinical medicine to pursue and develop other businesses.

A serial entrepreneur with over twenty startup companies, Dr. Richards pioneered concepts and products in many health-related fields. Through his businesses, Dr. Richards has brought together individuals and corporations, idea champions, and subject matter experts, to ensure all stakeholders have the opportunity to assist in the implementation of solutions to improve patient health, improve care outcomes, and reformat population health expectations and medical systems.

Dr. Richards currently resides in Augusta, Georgia and continues to develop different business and software models that strive to improve the state of health care for individuals worldwide.