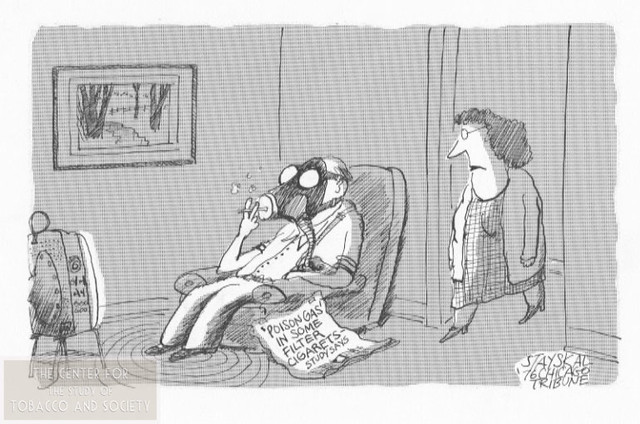 2004 marked the 40th anniversary of the publication of Smoking and Health, the landmark report of the Advisory Committee of the Surgeon General. Its unequivocal conclusion that cigarettes cause lung cancer and other diseases was to have ended a debate that had raged for decades, if not centuries.

Newspapers reported the story in the banner headlines reserved for earth shaking events: The War on Smoking had begun. Until that moment, the tobacco industry had always had the last word through its ability to flood the mass media with advertising messages that glamorized smoking and assuaged consumer doubts about the harm cigarettes might cause.

Yet forty years later, progress in reducing the toll taken by smoking-related disease has come about very slowly because of a combination of political clout and lucrative payoffs to the very forces that should have been in the vanguard to end the tobacco pandemic. Congress (Democrats and Republicans alike), state legislatures, the mass media, medical societies, universities, museums, arts organizations, and professional sports have all been chronic recipients of tobacco industry largesse and have not been prepared to bite the hand that fed them.

The inability to curb cigarette use represents the worst public-health failure in history: today, the number of US consumers who smoke is about the same as in 1964, and the cohort of users is younger than ever. Indeed, the flow of Big Money from Big Tobacco – hundreds of millions of dollars handed over to the states under the Master Settlement Agreement negotiated by the tobacco companies with the attorneys-general – has fooled anti-smoking groups into thinking they would at long last buy the best minds in the advertising game for major campaigns in the mass media. It did not happen.

This exhibition retraces the modern era of anti-smoking advocacy, as seen through the eyes of newspaper editorial cartoonists. these trenchant works of art have satirized tobacco company executives and lobbyists, from their sabotage of clean indoor air legislation and airline smoking bans to their circumvention of restrictions on cigarette advertising and political contributions. but the cartoons, have also poked fun at the intolerance shown by some anti-smoking crusaders and have exposed the hypocrisy of state attorneys-general seeking cash damages from industry with whom the states have long been in cahoots. Above all, editorial cartoonists have revealed that the most addicting thing about tobacco is money.

Return to Exhibitions
Scroll to top