“Canaries in the Mine: The Airline Flight Attendants’
Fight to End Smoking Aloft”

With support from the Flight Attendants Medical Research Institute, The University of Alabama Center for the Study of Tobacco and Society is conducting a comprehensive research project to document the history of smoking on commercial aircraft. This exhibit utilizes the collections of the Center to provide a glimpse of the imagery that helped foster the social acceptability of smoking aloft. 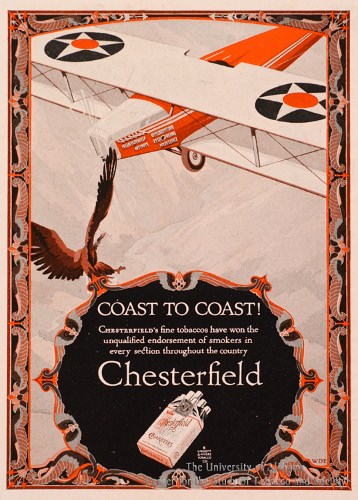 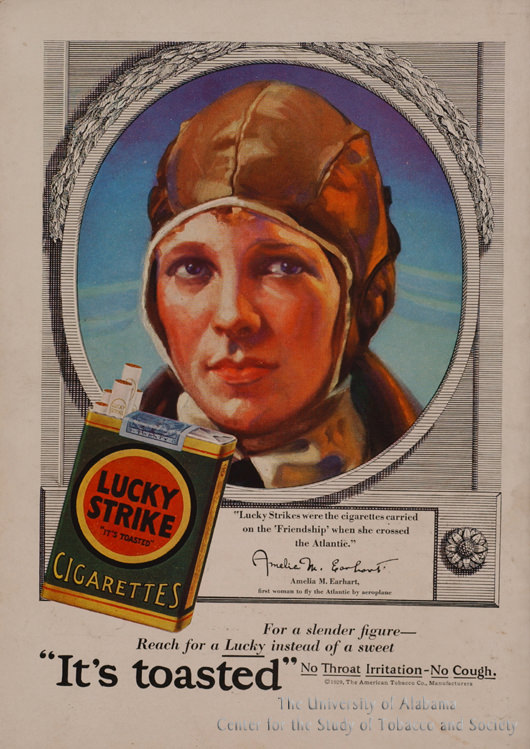 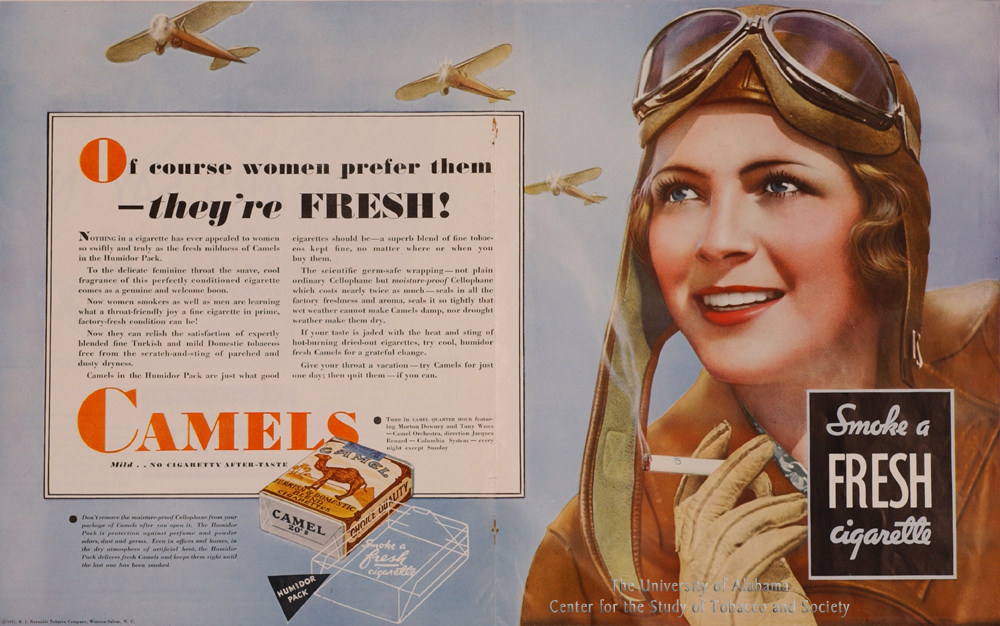 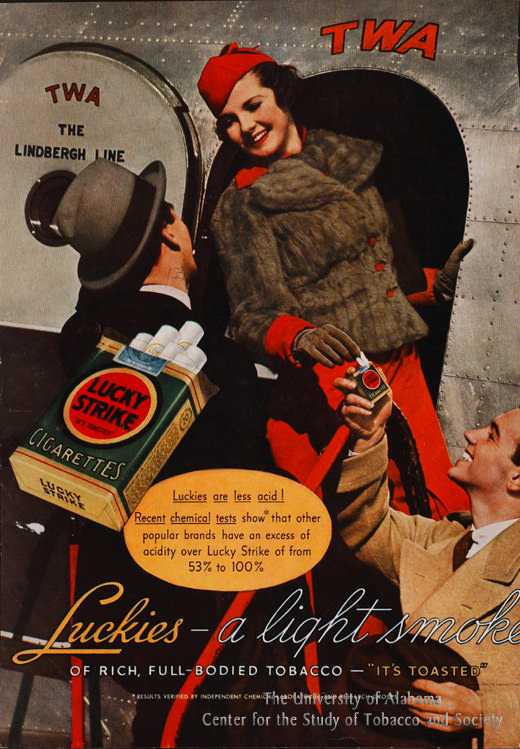 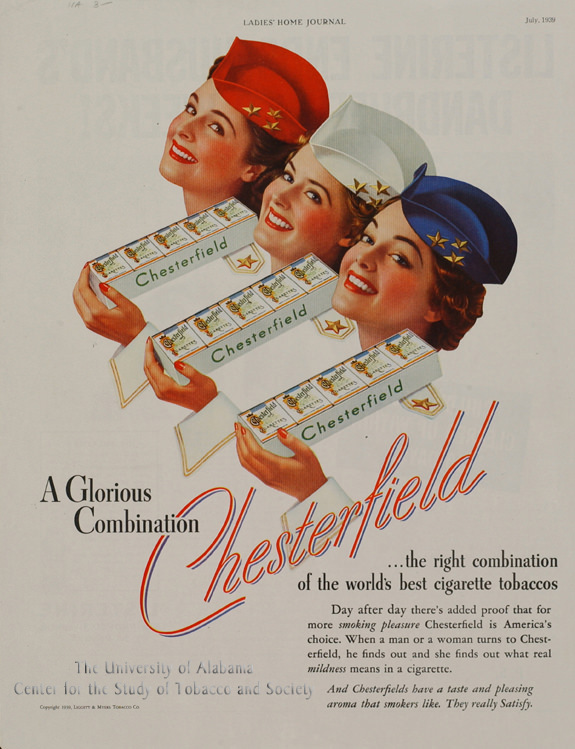 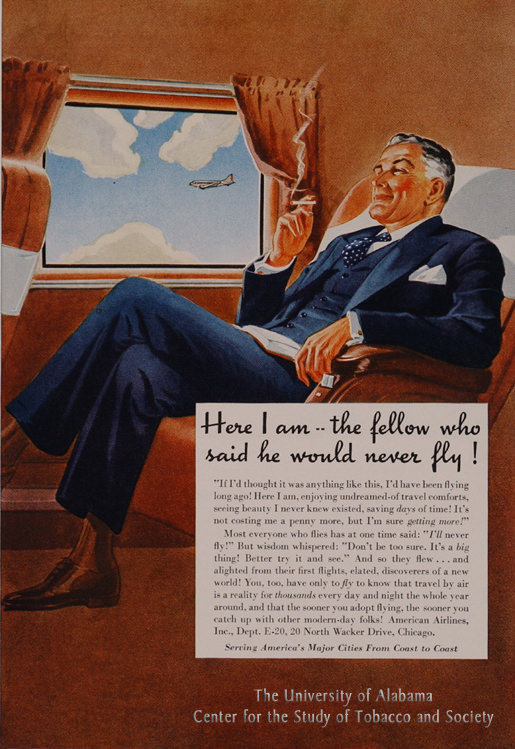 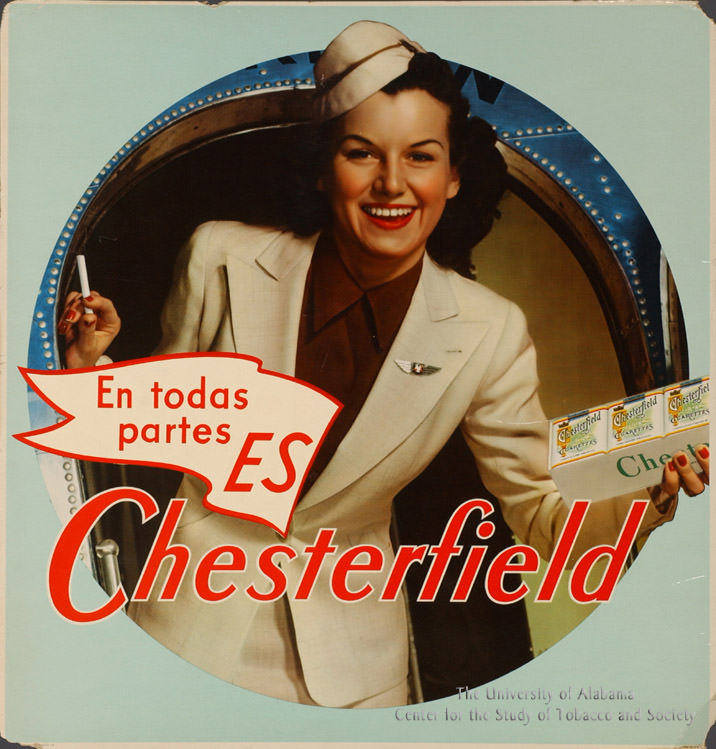 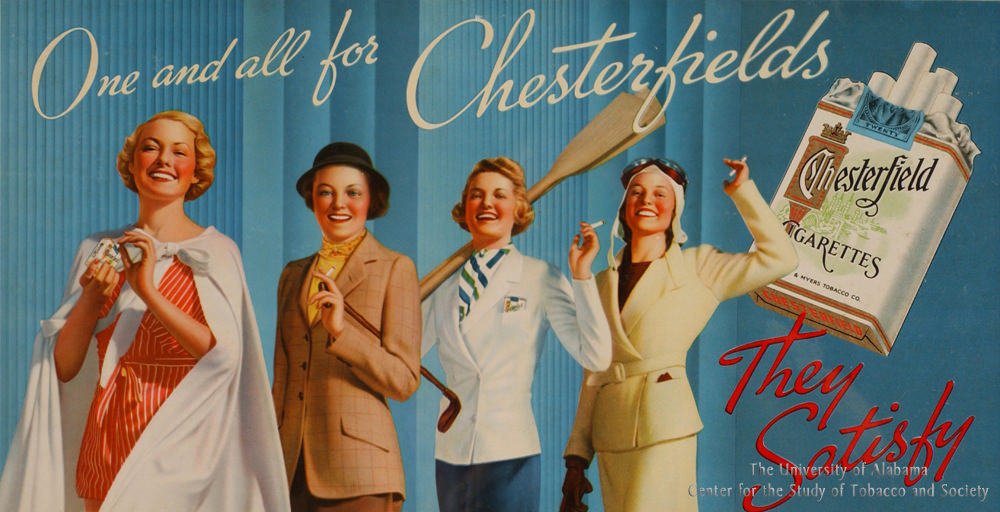 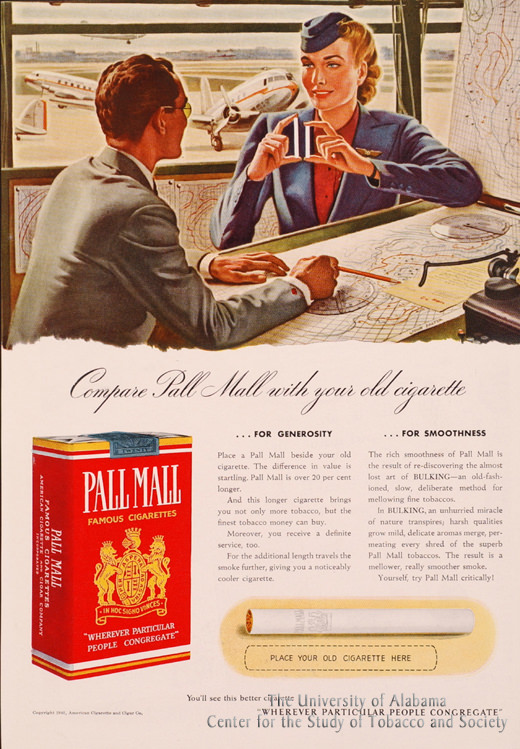 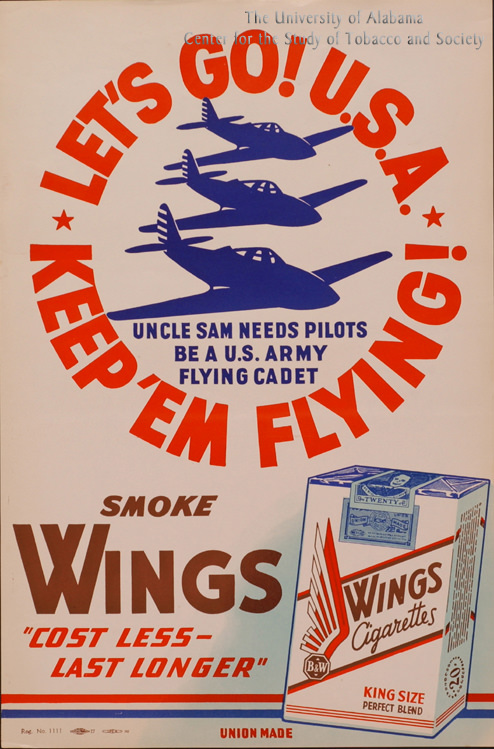 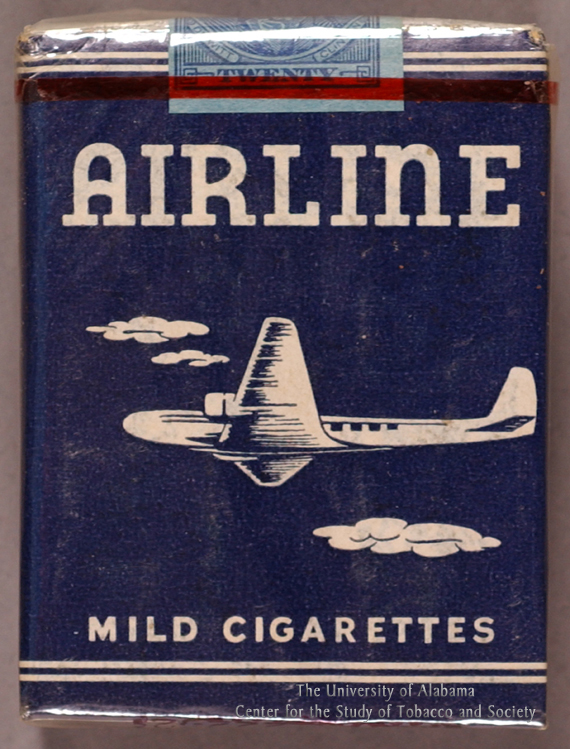 The emergence of civil aviation in the 1920’s and 1930’s was associated with glamour, daring and sophistication. At the same time, smoking, was being promoted and popularized. The two industries were often depicted together in cigarette advertisements with an aviation theme.

Advertisers often linked women to smoking and flight. Images of aviators and aviatrices such as Amelia Earhart were invoked to sell cigarettes. Cigarettes were very popular during World War II.

Advertisements and posters from this time often depicted flying and smoking together. Although smoking was not initially permitted on airplanes, cigarette companies provided sample packs to passengers. 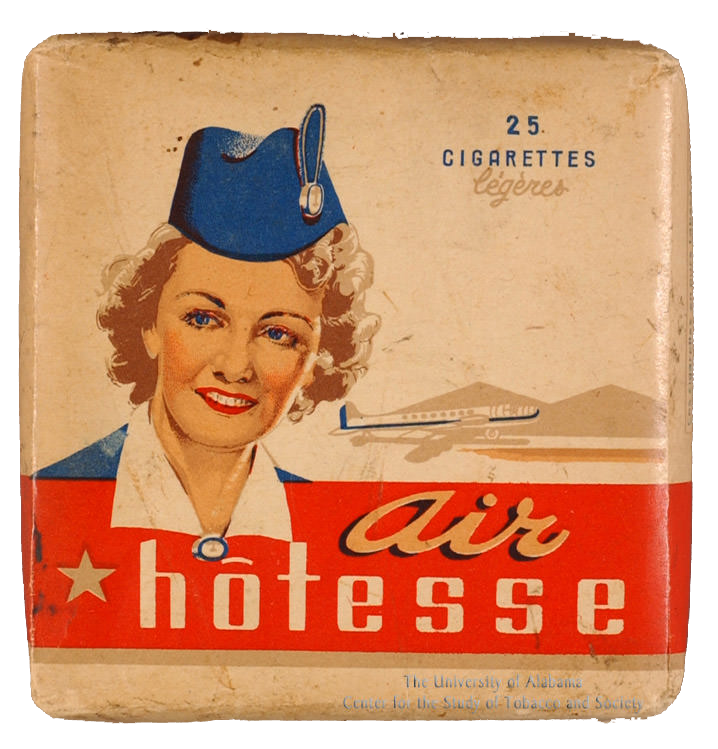 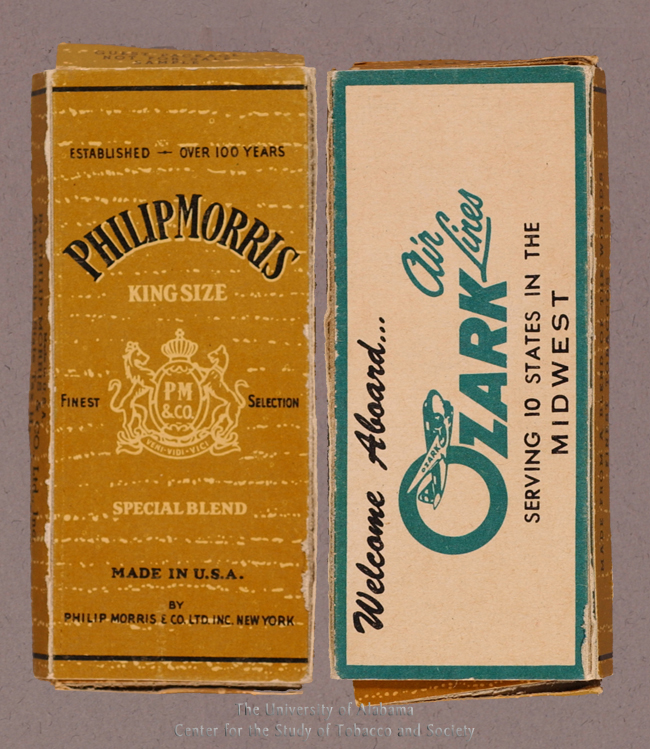 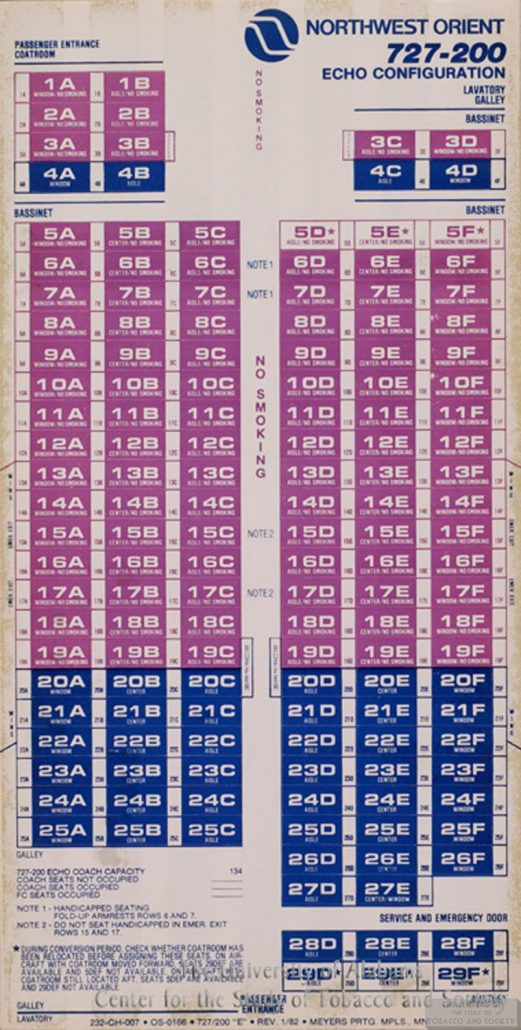 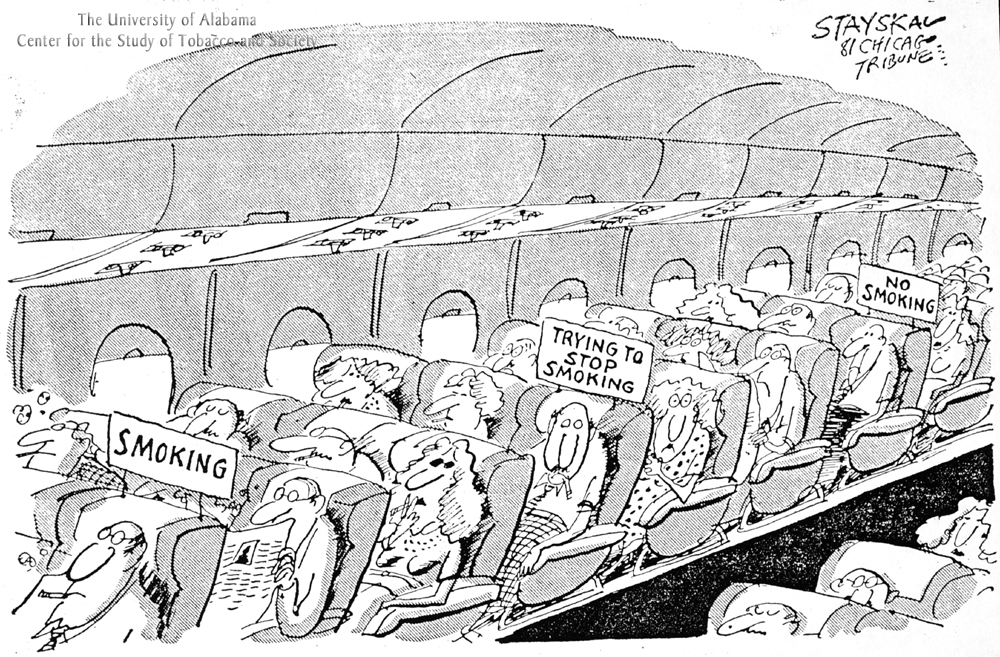 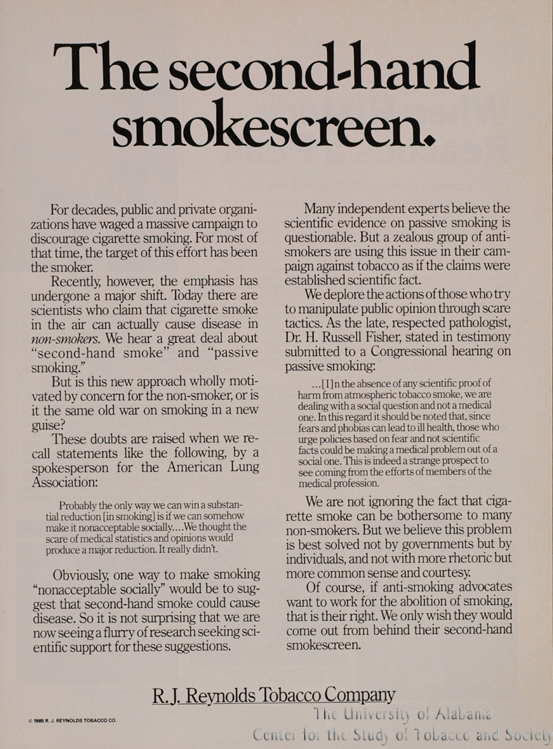 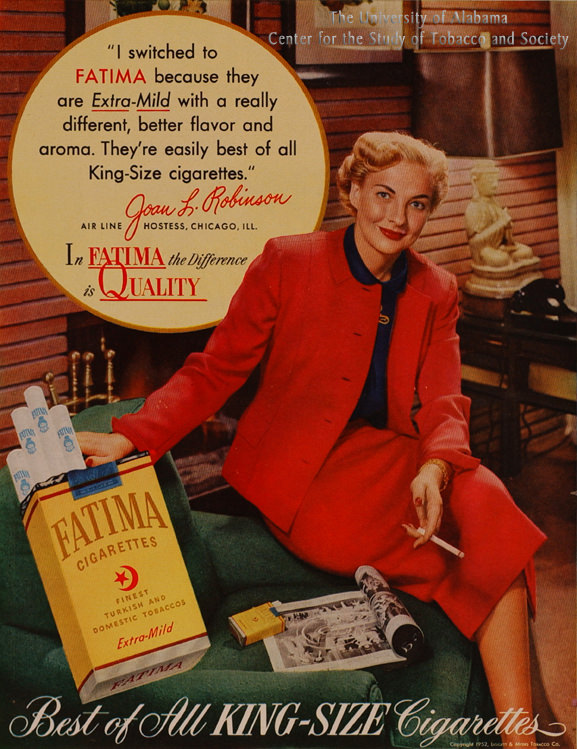 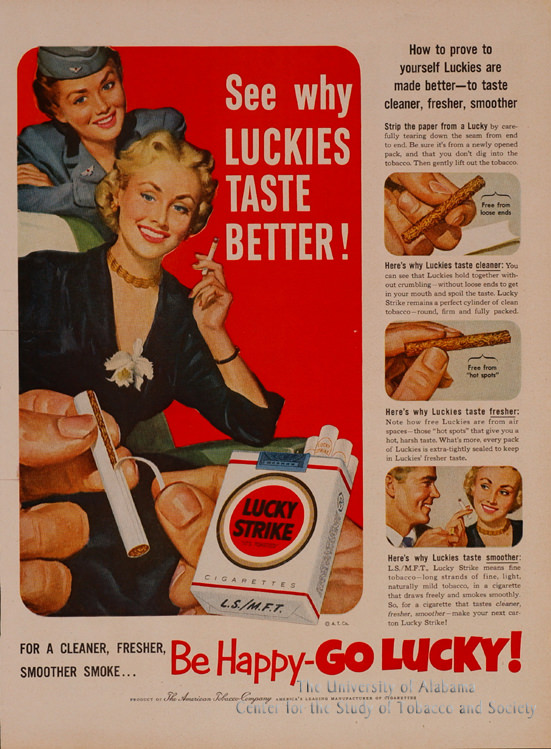 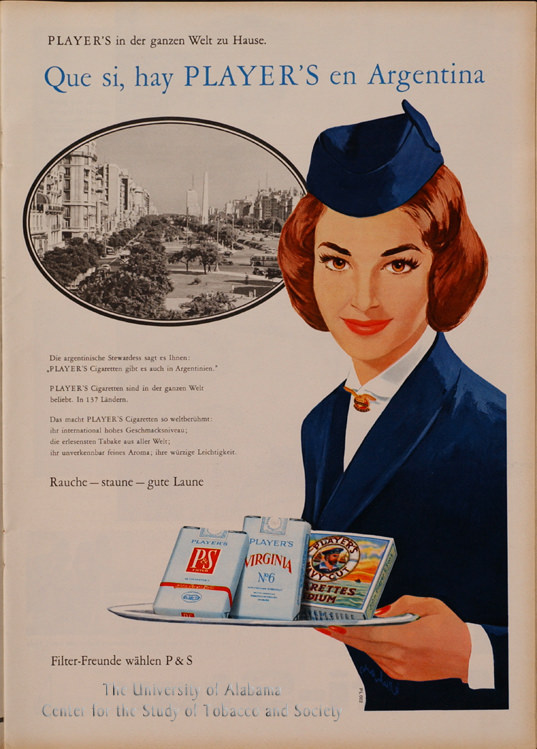 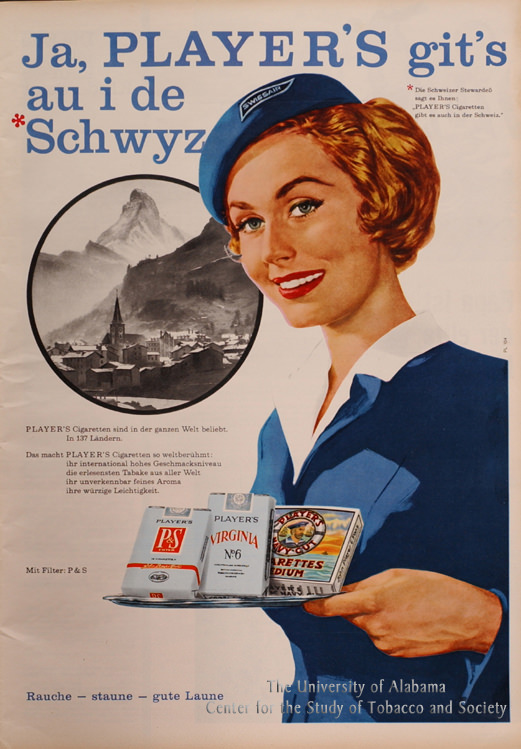 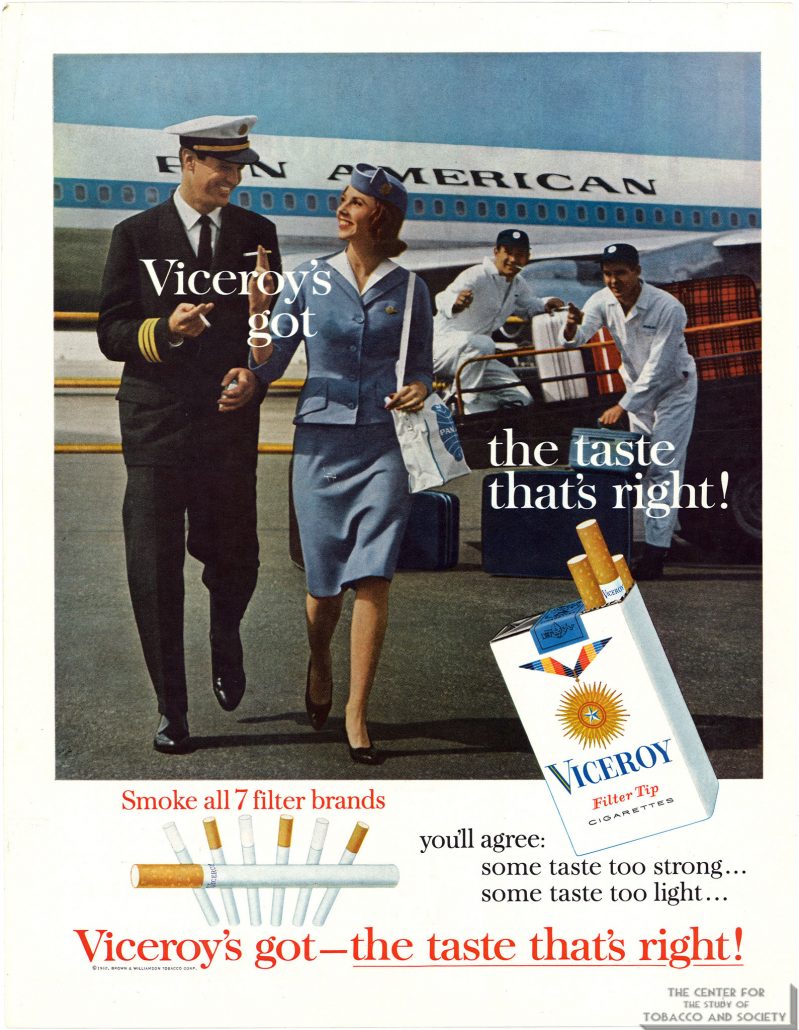 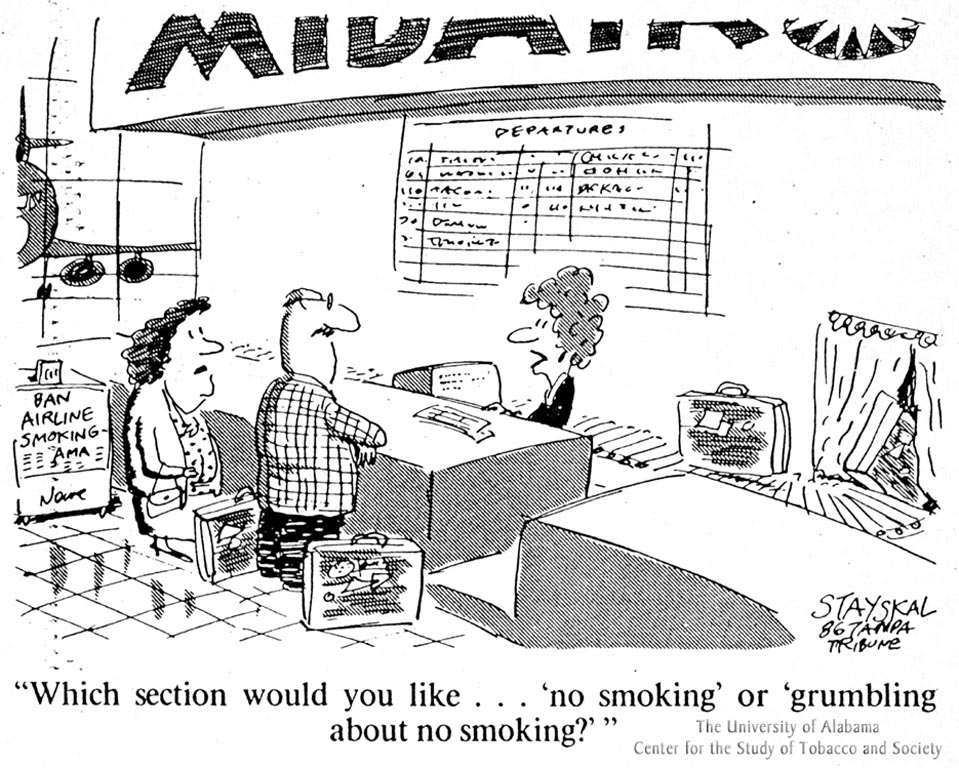 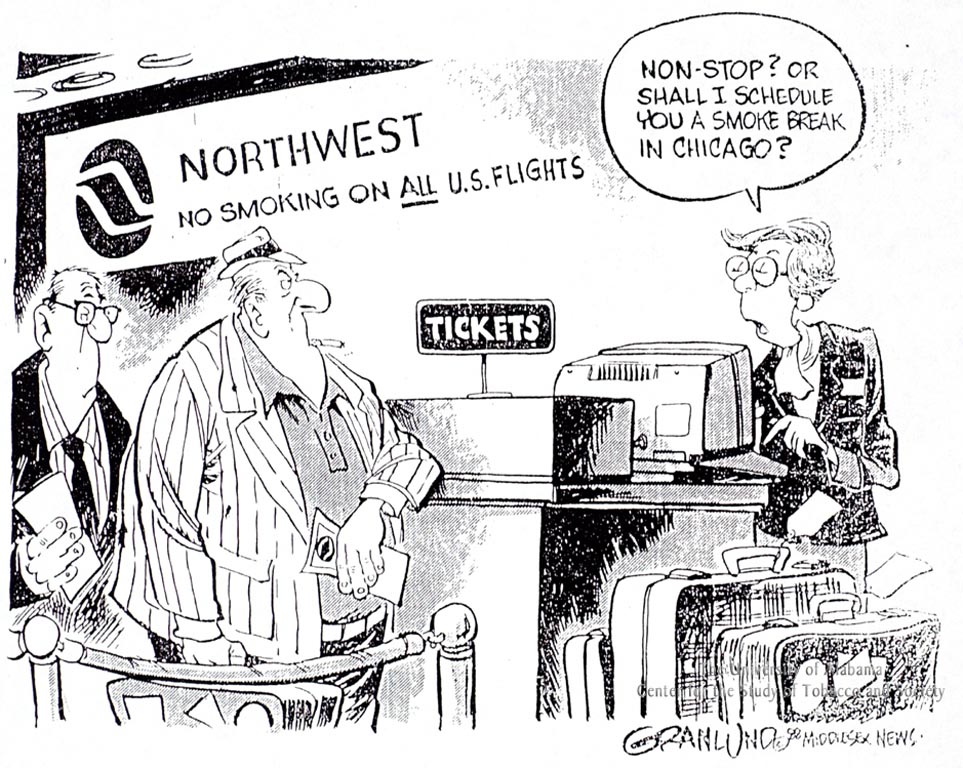 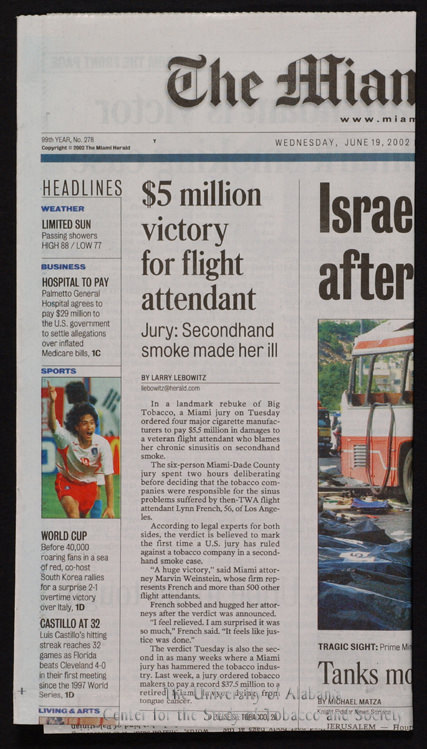 After the war, images of airlines and smoking were seen together world-wide. By the 1950’s, virtually all of the world’s airlines permitted smoking and distributed complimentary cigarettes.

In spite of the growing recognition of the harmful effects of smoking in the l 960’s and l 970’s, airlines made little eft’ort to protect non-smoking travelers. By the 1980’s, the failure of adjustable non-smoking sections to diminish cabin air pollution motivated a handful of flight attendants in the U.S. to lobby Congress for the eradication of smoking aloft. The tobacco industry attempted to subvert these efforts by creating such terms as “Environmental Tobacco Smoke,” conducting bogus research, and dismissing allegations of harm from secondhand smoke as hysteria.

In the 1990’s the quest by flight attendants for legal redress for harm suffered from occupational exposure to tobacco smoke resulted in the largest class-action settlement in the history of tobacco litigation and the creation of the Flight Attendant Medical Research Institute.