It was brought to our attention that one of our highlight collection items is not what we assumed it was. Dan DelMonico, of the United States Military Ashtray Museum, informed us via e-mail that the ashtray we had attributed to the Journal of the American Medical Association (JAMA) is in fact an ashtray from the “Japan Air Material Area” a United States Army Air Force logistics depot. The depot existed from 1947 to 1949 when it was taken out of use.

We are thankful to Mr. DelMonico for his note and have removed the items from the sites where it was featured.

We welcome any comments or corrections on any of our exhibitions or pages. Visit our contact page to leave your comment or note for the Center of the Study of Tobacco and Society 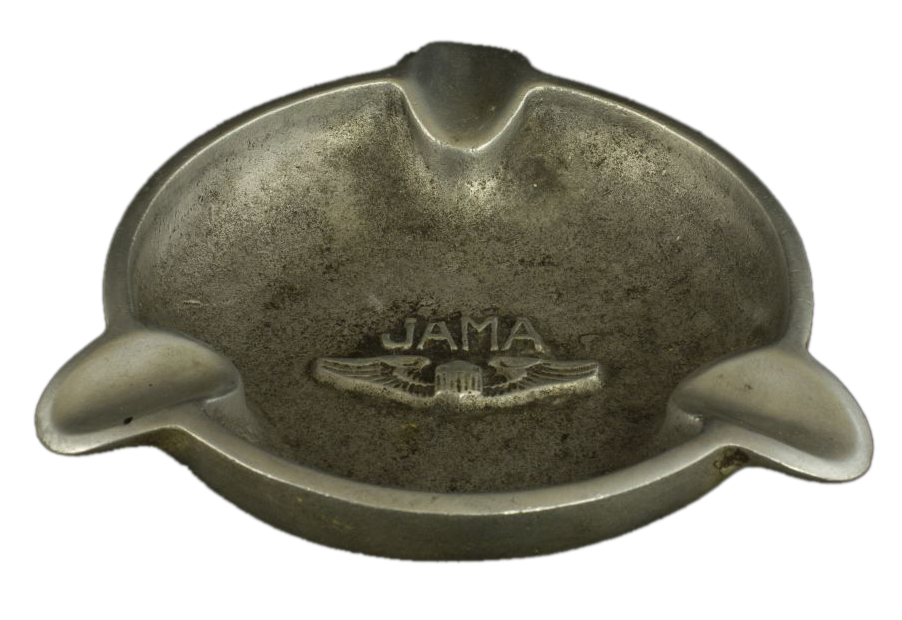