The Center for Study of Tobacco and Society

Alabama has the ninth highest adult smoking prevalence rate (20.9%) in the US. Youth smoking prevalence (14% in 2015) is significantly higher than the national rate (10.8%). Since its founding in 1999, the University of Alabama Center for the Study of Tobacco and Society has monitored and preserved Alabama newspaper coverage of the tobacco pandemic and efforts to end it. This collection includes news stories, feature articles, and commentaries, as well as coverage of the state’s most well-attended sporting event, NASCAR auto racing at the Talladega Superspeedway. In most years from 1972 to 2003, the racetrack hosted The Winston 500, sponsored by RJ Reynolds Tobacco Company’s Winston cigarette brand. Alabama newspapers represented in the collection include The Birmingham News, The Tuscaloosa News, The Huntsville Times, The Mobile Register, and The Crimson White (student newspaper of the University of Alabama). The stories date from 1998 to 2015.

Below are selections from our database on a variety of topics, click the title of each story to view them on Omeka.
Click the headings to view items with this tag. 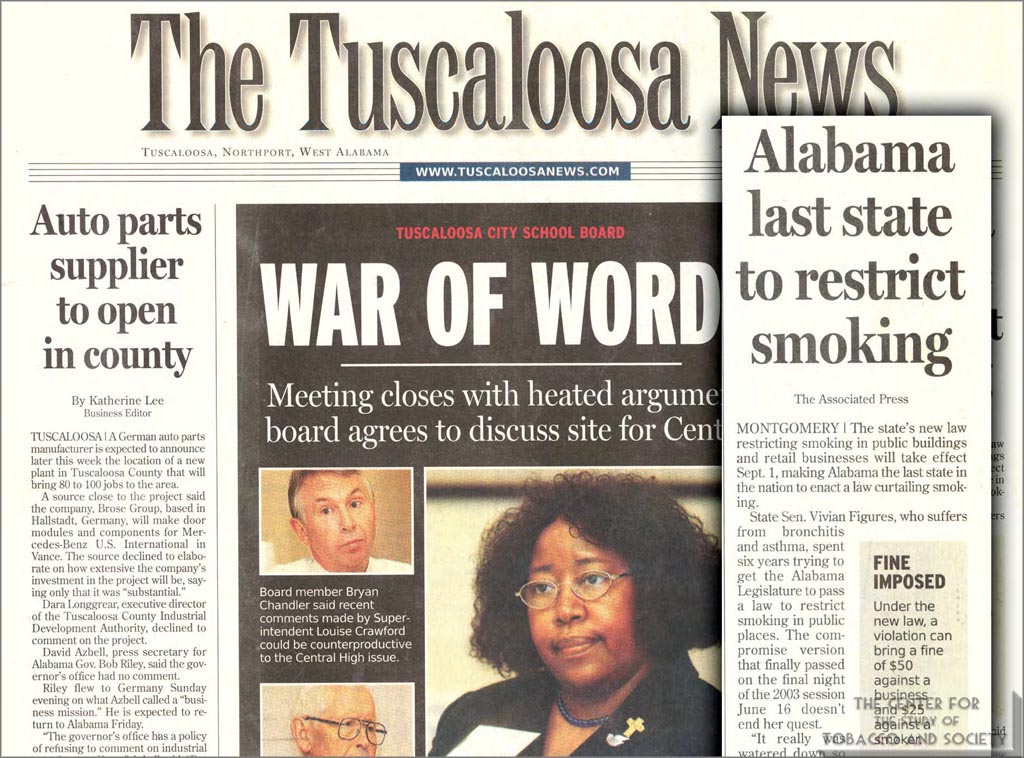 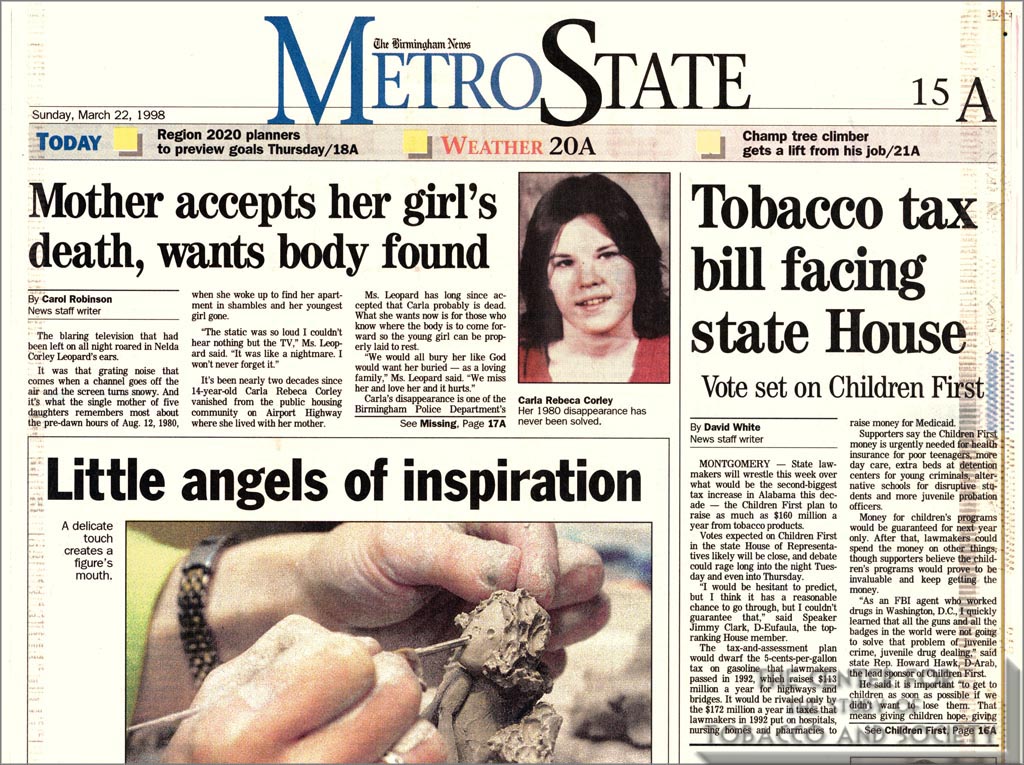 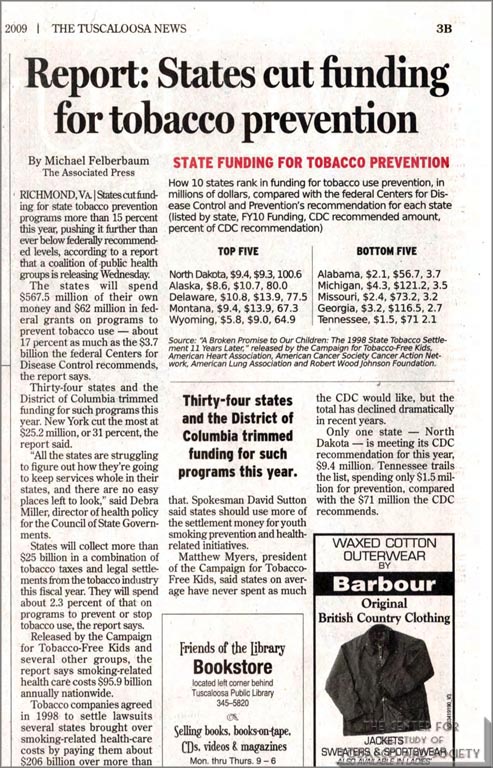 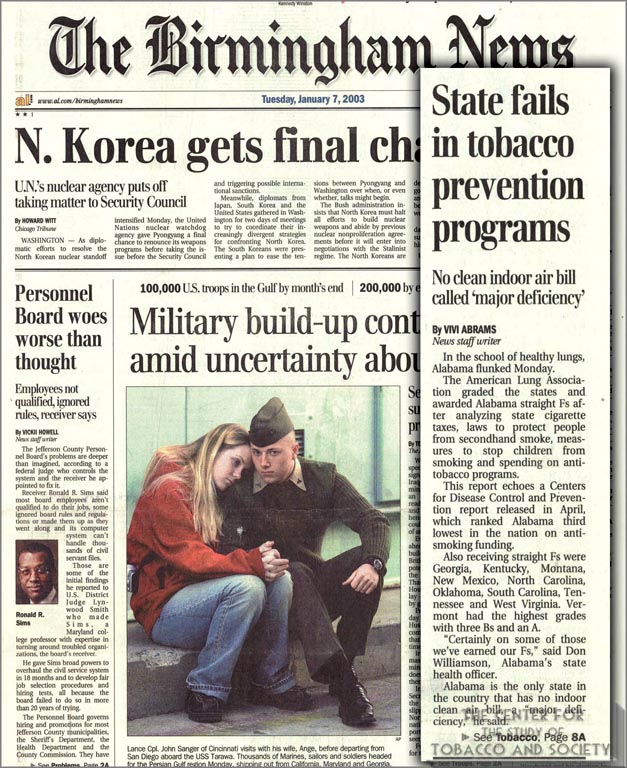 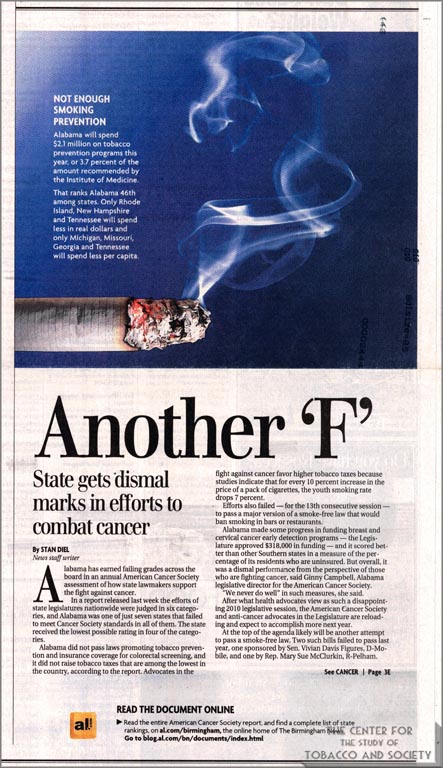 State Gets Dismal Marks in Efforts to Combat Cancer 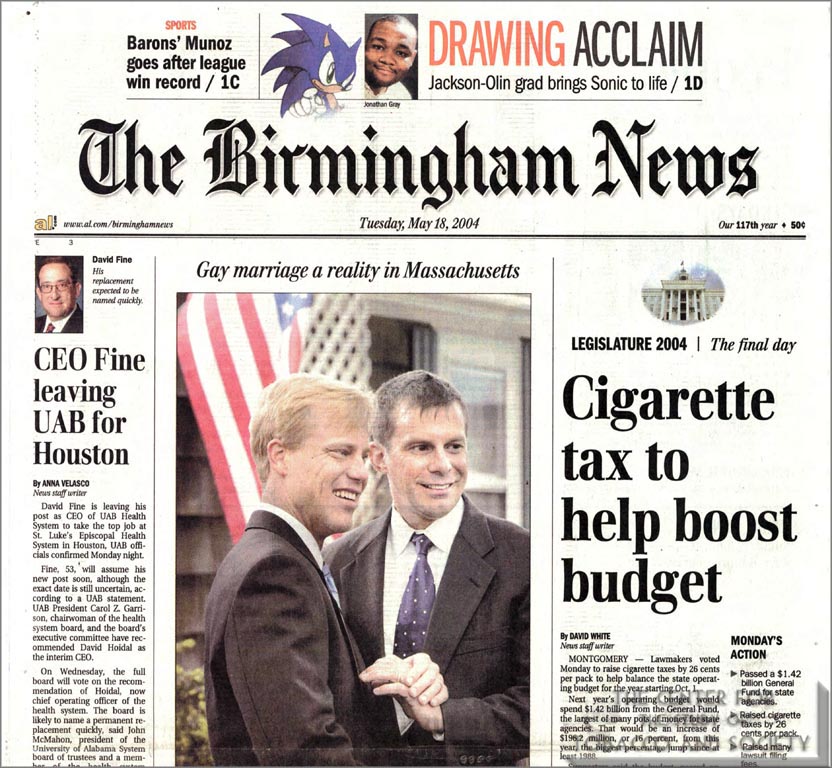 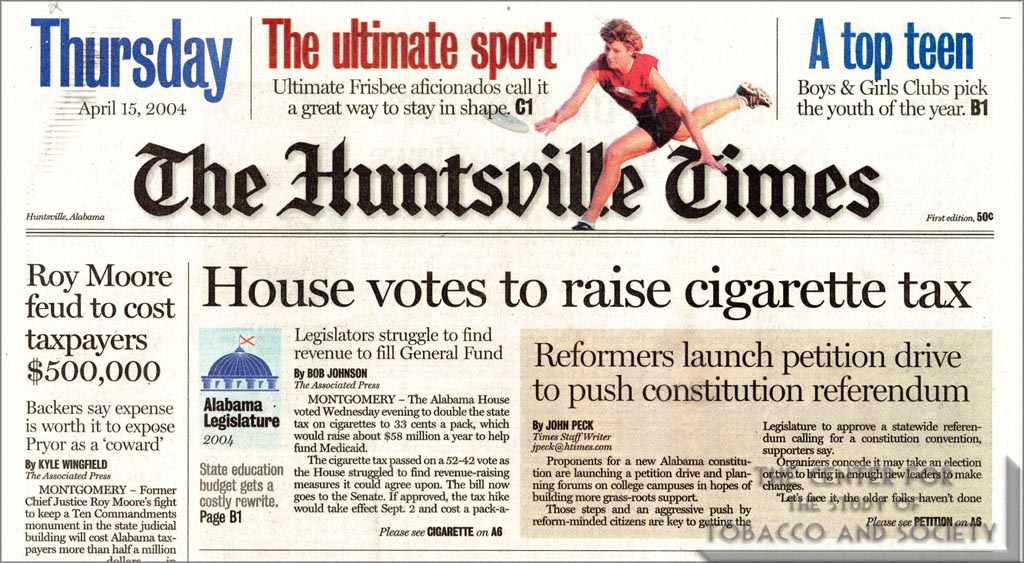 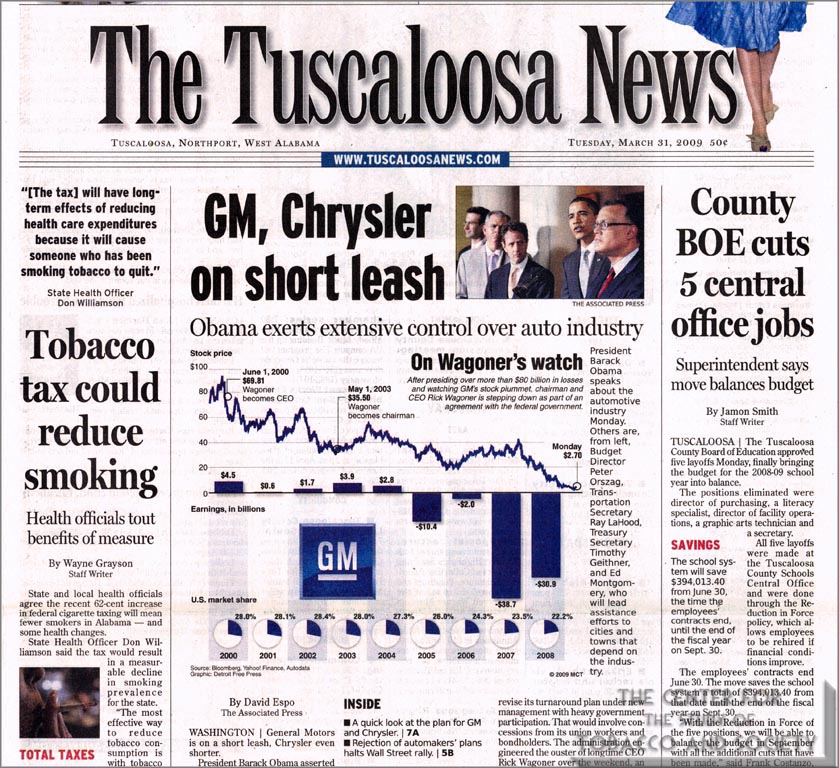 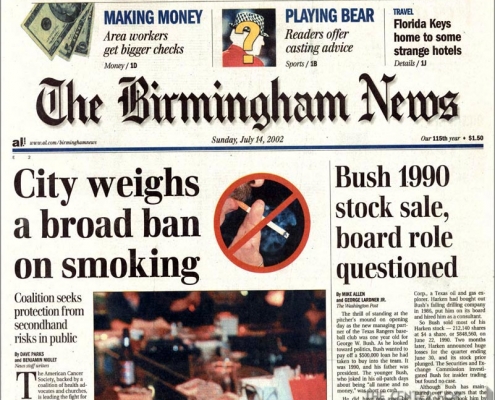 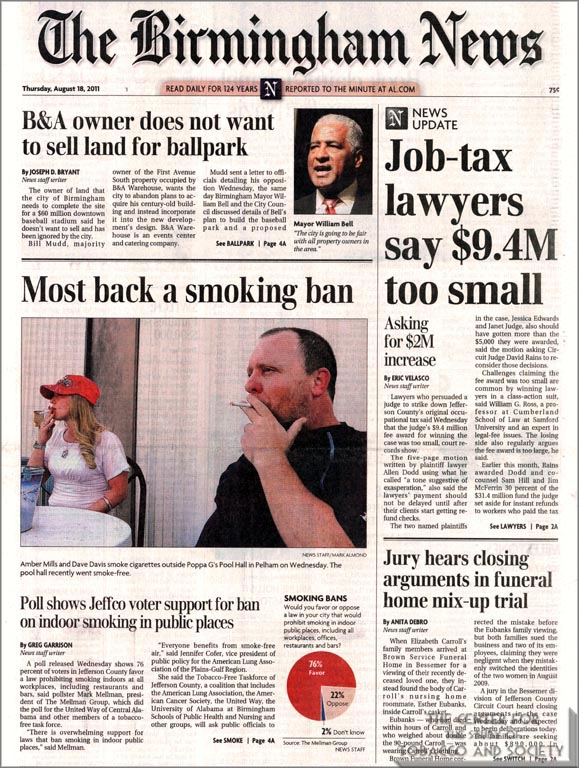 Most Back a Smoking Ban 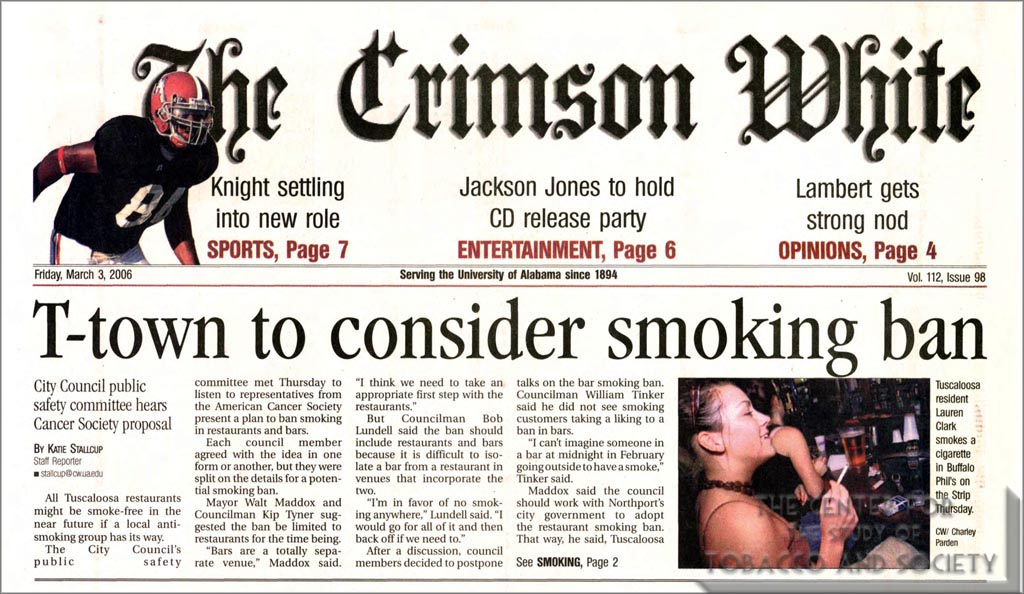 The Center for Study of Tobacco and Society

Interns, Center for the Study of Tobacco and Society;
Graduate student, School of Library and Information Studies, University of Alabama