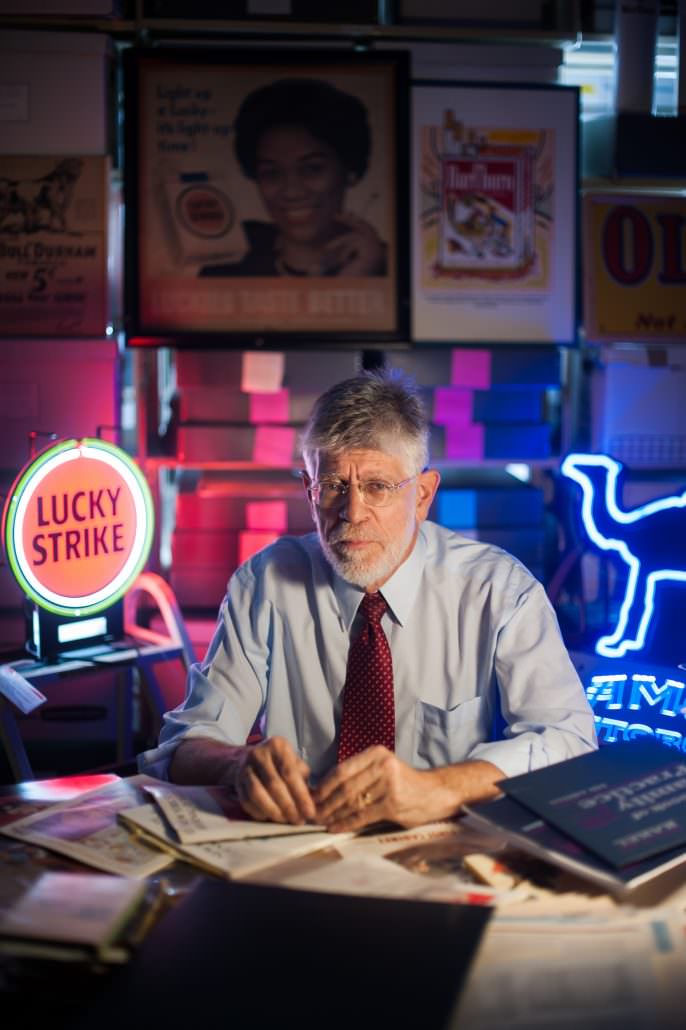 Director, Center for the Study of Tobacco & Society

Alan Blum, MD, Professor and Gerald Leon Wallace M.D. Endowed Chair in Family Medicine at the University of Alabama, is one of the foremost authorities on the history of tobacco use, cigarette marketing, and strategies to end the smoking pandemic. Since 1998 he has directed the Center for the Study of Tobacco and Society, which comprises the world’s largest collection of original documents, artifacts, images and frontline reports on the tobacco industry and the anti-smoking movement.

In 1977, as a resident in family medicine at the University of Miami, Dr. Blum founded DOC (Doctors Ought to Care), a national nonprofit health promotion organization directed at counteracting adolescent-onset tobacco use and other killer habits. During DOC’s 25 years, local chapters were established at more than 100 medical schools and provided students and faculty with their first exposure to medical activism.

Dr. Blum’s pioneering research identified trends in tobacco industry marketing strategies, including the targeting of women and minorities and the circumvention of advertising restrictions through the sponsorship of sports and the arts. In the 1980s, as editor of the New York State Journal of Medicine and the Medical Journal of Australia, he published the first-ever theme issues on tobacco at any medical journal. Dr. Blum served as Associate professor of Family Medicine at Baylor College of Medicine between 1987 and 1999. He has been invited to give more than 2,000 invited lectures on tobacco problems in all 50 states and at 11 World Conferences on Tobacco or Health; has authored more than a dozen textbook chapters and over 100 articles in peer-reviewed journals; and has created 12 museum exhibitions, including “When More Doctors Smoked Camels: A Century of Health Claims in Tobacco Advertising” at more than a dozen venues; “Cartoonists Take Up Smoking” at the National Museum of Health and Medicine; and a commemorative exhibition on the 50th anniversary of the Surgeon General’s Report at the Lyndon Baines Johnson Presidential Library and the Gorgas Library of the University of Alabama.

Dr. Blum is a recipient of the John McGovern Award from the American School Health Association (1987), the Surgeon General’s Medallion, presented by Dr. C. Everett Koop (1988), the first National Public Health Award from the American Academy of Family Physicians (1992), the American Medical Association’s first Award for Distinguished Service on Behalf of America’s Youth (1990), the Gleitsman Award (1998) for medical activism, and an honorary Doctor of Science degree from Amherst College (2006) for a career dedicated to ending the tobacco pandemic.

The Center for the Study of Tobacco and Society