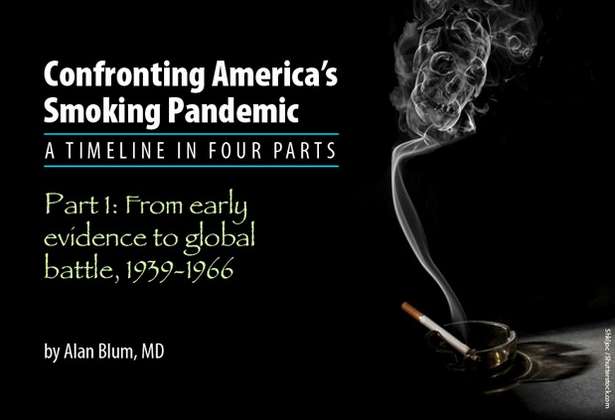 Part I of the Center’s Historical Tobacco Timeline has just been published by Cancer Network, home of the journal Oncology.

END_OF_DOCUMENT_TOKEN_TO_BE_REPLACED

Tuscaloosa, AL, September 4, 2014 – Several of the sponsors of this Friday’s “Stand Up To Cancer” national fundraising telethon are doing more to promote cigarette companies than to prevent or cure cancer, according to an analysis of the organization behind the event by a physician and veteran anti-cancer advocate at The University of Alabama.

END_OF_DOCUMENT_TOKEN_TO_BE_REPLACED

Tuscaloosa, AL (January 9, 2014) – As the US Department of Health and Human Services prepares to commemorate the 50th anniversary this month of the landmark Surgeon General’s Report on Smoking and Health with a new report, “The Health Consequences of Smoking–50 Years of Progress,” a veteran anti-smoking strategist argues in a provocative new documentary released online today that efforts to reduce smoking have become more symbol than substance.

END_OF_DOCUMENT_TOKEN_TO_BE_REPLACED

TUSCALOOSA, Ala. — “The Surgeon General vs. The Marlboro Man: Who Really Won?” That’s the provocative question posed by an original exhibition at The University of Alabama’s Gorgas Library to commemorate the 50th anniversary of the publication of the landmark 1964 U.S. Surgeon General’s Report on Smoking and Health.

On Nov. 20, a reception will be held in conjunction with the exhibition to honor the memory of Dr. Luther Terry, an Alabamian who was the country’s Surgeon General when the 1964 report was released.